Today marks the release of a new collection of remixes, alternative versions of tracks taken from the beautiful album “Polyhymnia” which was released at the tail end of 2019. It was a powerful LP, produced and recorded by a musician called Yazz Ahmed who used the project as a dedication to women who have made a significant impact to society: role models, pioneers of societal change and innovators. These included the likes of Rosa Parks, Malala Yousafzai, Ruby Bridges, Haifa Al-Mansour and Barbara Thompson.

As referenced previously, today marks a new chapter in the evolution of the project. Yazz Ahmed invited producers to redesign and repurpose the tracks with electronics and reinvention at the core focus of the EP. She invited DJ Plead, Asmara and Surly to feature and collaborate on the release.

DJ Plead is a Middle eastern producer very much in demand, an innovative cutting edge figure who has effectively channeled elements of percussion into electronic music production like no other. With releases on the likes of Nervous Horizon, AD93 and Livity Sound his progression has been stark and admirable.

We invited both Yazz and DJ Plead to discuss the new release, reflecting on their own informed perspectives on music and creativity.

I’m envious of your virtuosic talent and being able to improvise so beautifully! It must be a very powerful sensation to perform your music the way you do. These last months must have been particularly tough for artists like yourself. Has the lack of performance changed affected your writing?

That’s really sweet of you – thank you for the kind words. I don’t really think of myself as a virtuoso, I feel I’ve still got so much to learn.

I absolutely miss playing live! Performing with my band always feels special – the power and energy my musicians create makes me feel as if I’m floating, riding the sound waves.

Yes, my writing has changed and developed quite significantly during this period. I’ve had to re-think instrumentations and how to make my compositions and performances sound full and expansive without my band playing alongside me. I’ve been learning to program drum patterns, I’ve been using keyboard samples from Logic for the first time and also creating loops from prerecorded material of my own and even making grooves from the bird songs I’ve been listening to in my garden.

How did you assemble the Yazz Ahmed band? How did you find each other?

The band has evolved as my music has developed, or moved in new directions. The line- up changes depending on the venue or the project. However, my two main bands – my Hafla band and my quartet – are made of good friends who I’ve met along the way, working as a freelance musician. I actually first met Corrina Silvester, my percussionist, playing in a funk band, and pianist Naadia Sheriff, with an all female jazz quintet playing at fancy corporate events.

You’re the high priestess of Arabic Jazz. What other artists in the Arabic Jazz world do you love?

I love the music of Rabih Abou-Khalil. He’s an absolute master of the oud. I also really enjoy listening to Dhafer Youssef – he has the most beautiful voice.

You’re very connected to electronic music. I can tell by the way you expertly weave it into your records (especially Polyhymnia). Who are your favourite artists currently working in electronic music?

Do you ever hit the club in London?

Clubbing, no not really, but watching live gigs at music venues and clubs I’ve done many times and I’m really missing that right now. Any dancing I do tends to be in the living room when nobody is looking.

Your last two records have been followed by remix EPs. It’s an honour to have been a part of the most recent iteration. How do you go about selecting artists to work with for these?

It’s an honour to have you! I’m so pleased you said yes! I started out by doing a lot of listening, which was fun because I discovered so many different artists from around the globe that I would have never known about if it weren’t for these remix projects.

I made a list of my favourites and then tried to imagine where the artists might take my music. I was looking for collaborators who would create something fresh, something that I couldn’t imagine myself and I’m really happy with the results. It’s amazing and inspiring to hear my own music from another artists perspective.

What is your passion outside of music?

Yoga is really important to me, but also learning more about nature and being kinder to it! 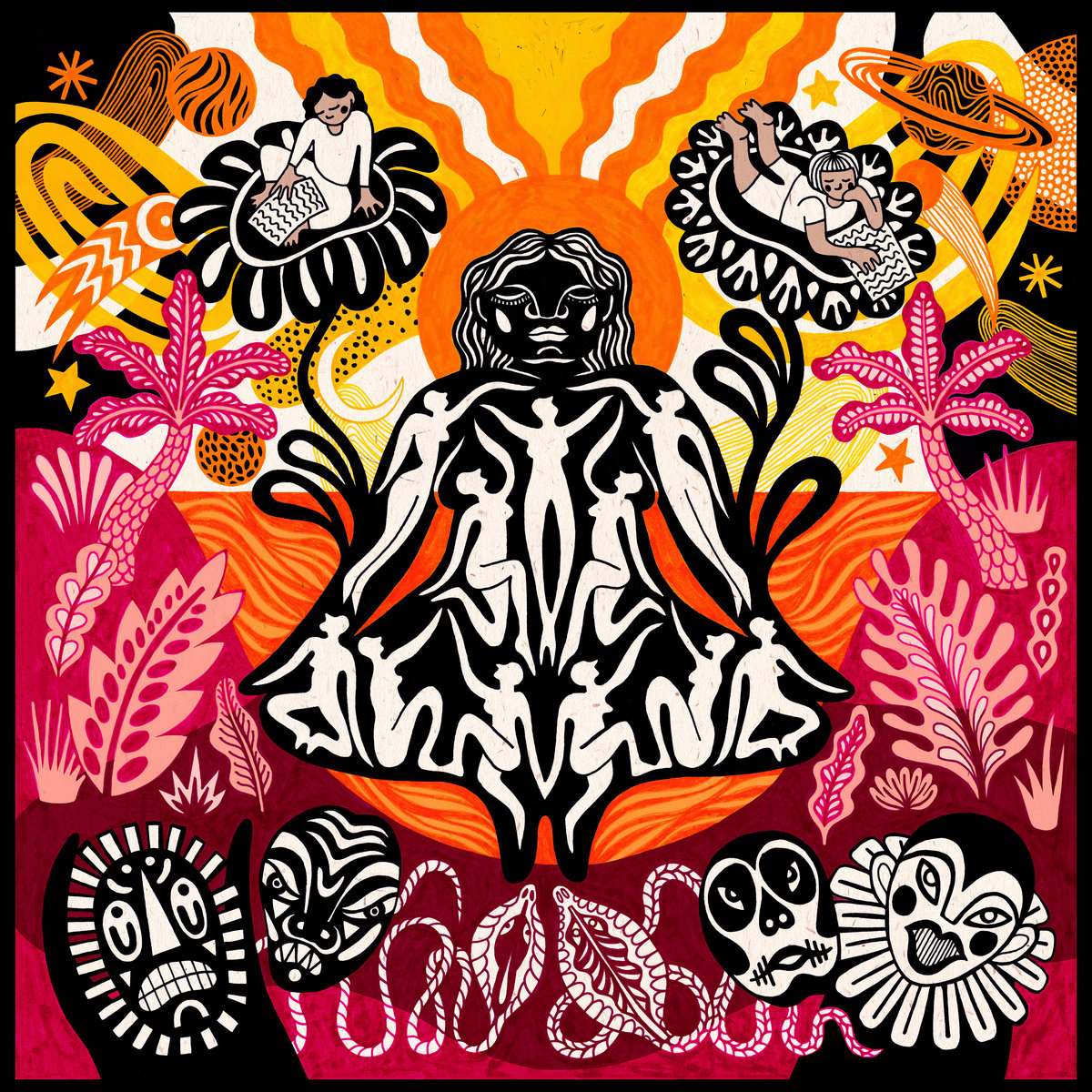 Has the process of affirming your mixed heritage through music been a transformative experience for you?

I read somewhere that at one time you weren’t particularly proud of your roots – this is something I can really understand. When I moved to the UK, I quickly learned that the common perception of Arabs, and people from muslim backgrounds, was that we were ugly, dirty, and of course, criminals and terrorists. I did my best to keep my identity hidden to get through school, and it wasn’t until my early 20s that I started embracing my mixed heritage and expressing a new found joy and pride through my music.

The way you describe your mixed heritage and turning the shame into an embrace really resonates with me. Having gone to a German school our whole lives (in Australia), my sister and I definitely weren’t flaunting our Lebanese roots growing up. Once I left school and started to see my mixed heritage through a different lens. It was also in my early 20s that I really started to embrace my Lebanese side. I wonder if this is a universal age bracket for embracing the arab side? The process of affirming my mixed heritage was a necessary transformation and it’s still ongoing actually.

Do you have a favourite jazz artist you like listening to? If not, who are the musicians you most admire?

I must admit, I need a proper education in Jazz. But I’d say Herbie Hancock. And I’ll add a contemporary legend, Yussef Dayes.

How did you end up in Berlin? What’s it like being an electronic artist in the city?

I have a few close friends living there and I had an offer to take this sublet in a nice apartment. I didn’t have it in my crosshairs as an electronic music hub or anything like that. Also I speak German because my dad is Swiss so it made sense. Being an electronic artist in Berlin is funny. It’s pretty disconnected in a lot of ways. I feel like it’s common for artists to live in Berlin but not know who else lives there too, if that makes sense. It didn’t feel like London where people seem to be aware of each other and there’s some sense of togetherness. Since Corona I’ve moved back home to Australia to be with my family. I’m not sure when I’ll be back in Europe.

I absolutely love your remix of ‘Ruby Bridges’. How did you create something so elegant and with so much narrative from the stems I sent you? Did you sketch out a visual plan to form your ideas or did you just dive in and work spontaneously?

Thank you! It was such a pleasure to sit with your wonderful stems. It’s a once in a lifetime experience to get stems like these.

The way I’ve been working with remixes is I basically take my time and try to find a groove that works. It’s kind of like solving a puzzle. I shuffle stems around, loop little bits, chop up some things, carefully add a few of my own elements to coax out a groove that I can listen to in a 4 bar loop, indefinitely. I spend a lot of time stress-testing the loop to make sure it’s right. The arrangement usually explains itself to me after that. It took me a while to solve this particular puzzle!

Where did your journey as an artist begin? Did you learn a musical instrument at school?

I learned recorder and guitar in school. I had a lovely German guitar teacher called Frau Schäufler. We’d play lots of folk songs and the beatles. I dropped the lessons as a teenager. At home growing up we had a Darbuka which I’d play little simple rhythms on.

Do you have a hobby outside of music?

Who would you dedicate your remix to?

To my grandmother, Ibtihaj. I love you.