From time to time you stumble across a relationship which surprises you or startles, not in an unpleasant way, more so out of confusion. The Mole and Tom Trago are two musicians you might not expect to be friends, let alone produce music together. Two men from different cities amidst somewhat different worlds, both with singular sounds.

Earlier this year the pair released a track together on Circus Company, a delicate unassuming house track which showcased a shared sense of understanding and a mergence of style. However, most recently The Mole has released a new album independently, "De La Planet", on his own Maybe Tomorrow run by Jon Berry and The Mole himself.

As kindred spirirts go Tom and The Mole are pretty similar as you are about to find out. Between busy schedules we invited the pair of them to go back and forth, shoot the breeze if you will.

Amsterdam legends – can you name a few where credit is due ?

DJ Chaos was the first artist who noticed me when little Trago entered the Amsterdam club scene. He took me under his wings and gave me my first residency. He was also the man who showed me the first steps as a producer. Living in his garden shack in Amsterdam was an important and cultivating time in my life.

KC the Funkaholic, next to be one of the best DJ’s, he is the main programmer of Paradiso (Amsterdam) for over 20 years where he layed down the red carpet for all artistry that came in Amsterdam. KC is also the man who is responsible for enlarging my musical love.

Antal & All out K, who started Rush Hour, THE legendary record store in Amsterdam. These guys welcomed my music since day one. I still feel blessed for their support and proud of what they have achieved over the years. You can’t imagine the music scene in Amsterdam without Rush Hour.

You know.. the ones who should have been more famous.

Tako from Redlight Radio, is an amazing collector of weird music and dj's like a madman. WOW! Woody , new kid on the block, keeps on inspiring me lately. Keep your eyes on this one!

Hopefully I'll still be as happy as I am now with our friendship.  Be a great botanical designer, nothing makes me happier than growing plants next to making music. Really high on my bucket list is doing movie scores/ soundtracks.

To be honest, that is an understandment, since San Proper introduced us it was constant tsunami of inspiration with you. Blessed that our first night out just got released on your new EP. It needs notice that your wife is one of the most lovely homosapiens I’ve ever met, she is amazing.

Name the hip hop dj who changed your life? It can be more than one and maybe why  …

DJ Premier for his productions, J-Dilla although he might not be a DJ.  Edson & Mr. Wix from Amsterdam used to work at the record store Fat Beats and introduced me to a lot of B-sides and bootlegs. They opened up the DJ game for me.

If there was a fire in your studio, and you could only save one thing, regardless of size – what would it be?

Myself. No kidding, my MPC 2000 XL. It is the first machine I ever bought and still use it every single day. 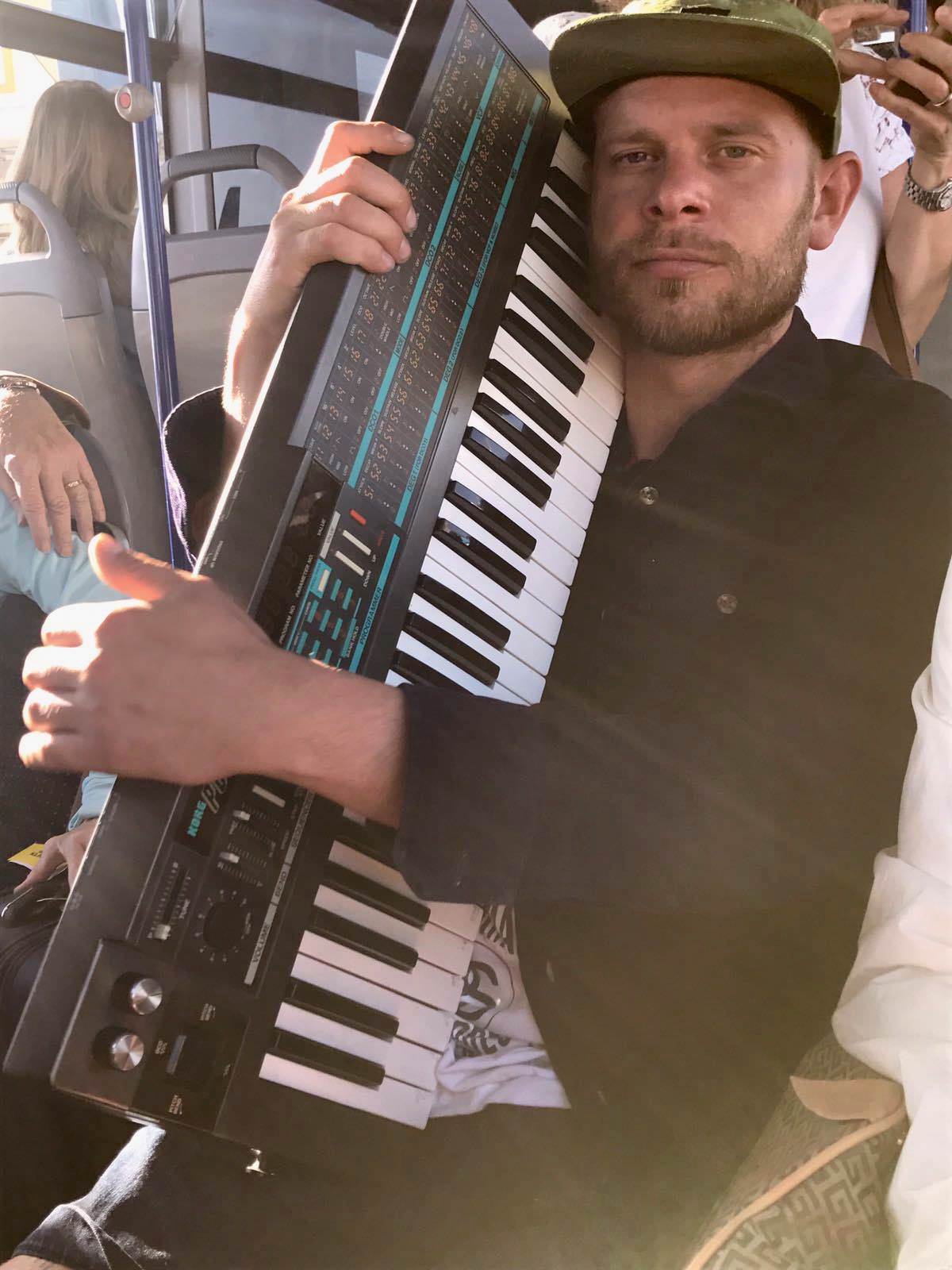 If music were food, what would an avocado be ?

How and why, where and when did you met your wife Anja? You lucky basterd!

Aren't I the luckiest!!! We met on the river, not far from where we married. I was DJing and she asked me what song was playing. All I could say was "you are SO pretty'. Didn't see her again for years. And even then it took years before we properly spoke

Where does the name The Mole came from?

Such a popular question. And one I've avoided for years. Someone did ask me at dinner this Saturday and even I was embarrassed at the futility of my answer. I'll give a hint. It rhymes with soul.

What was your impression about me after our first encounter?

Well I have to say, San spoke so highly of you before we met, such lovely compliments, that it was hard not to like you. We did hit it off didn't we? I'm still impressed by your dedication to quality in all things. Impressed and inspired.

What is the best gossip you heard about me?

Someone once told me that you got a penis reduction. But probably the best story I heard, you were heading to a gig, somewhere in Holland, and there was a three legged dog riding a bald horse trying to cross a canal bridge. At risk of being late for your gig, you got out and helped those poor animals get home. And now the village pub, who were so happy to have their mascots back, named one of their shots after you. The double T? or is that a sex move? I can never remember.

How long is your dog?

She is one glorious meter from tip to tail.

How high is your dog? 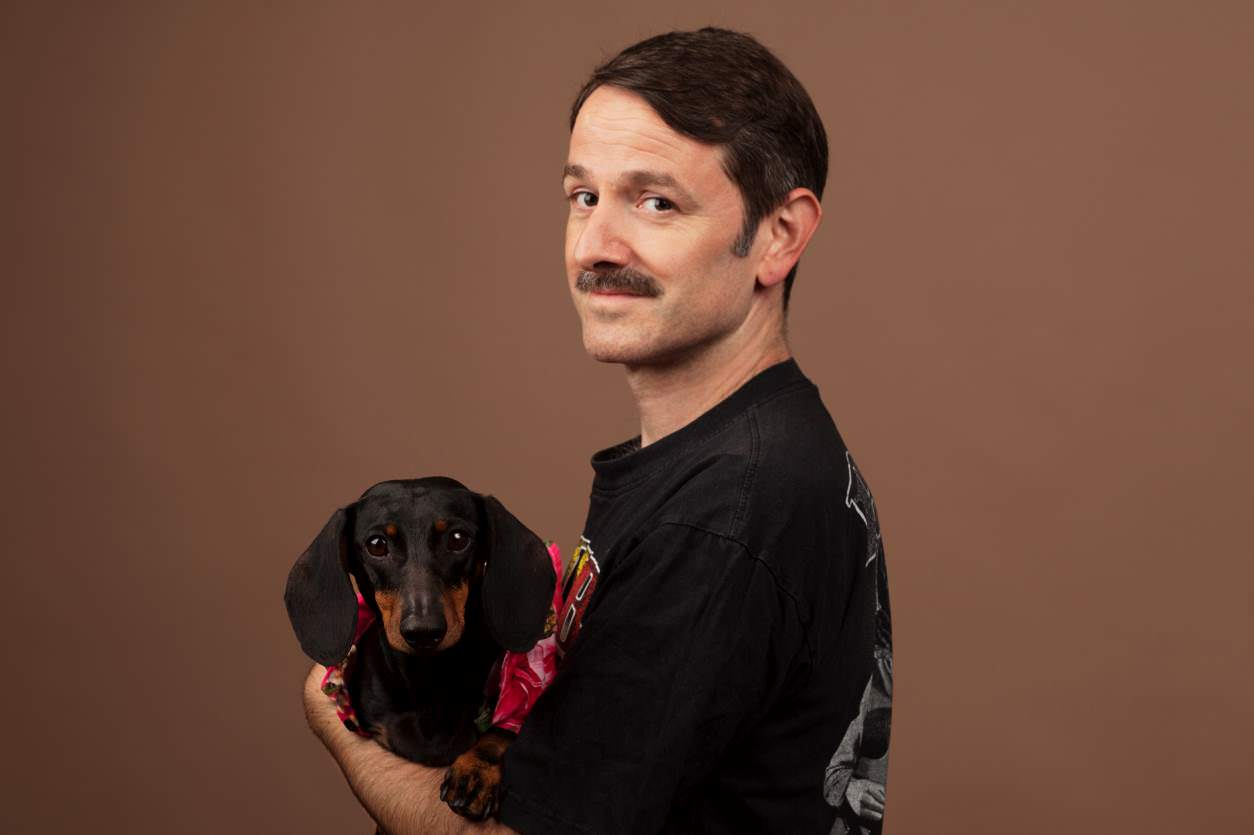 Tough question. My preferences shift with like seasons. At the moment it has to be the TTSH arp 2600 clone I built, because, you know, awesome.

Ever thought about moving to Amsterdam?

All the time. If it weren't so hard for locals to find a place, I'd happily plant a flag there. God damn I love it there. Als Amsterdam heeft het, het is een stukje van mijn hart

Do you miss Canada?

All the time. Miss the air. Miss the people. Miss the sweets dreams. Maybe, maybe someday my prince will come.

Do you remember why our track is called ‘down the hallway’?

Yes !  It was Halloween night and we took a break in a small club attached to your building. Just down the hall from your studio. It was a student party and I remember it was easy to convince us to get back to work. Good thing we did. I love that record.

Buy the collaboration HERE. The Mole has a new album out HERE.