Watching Takada perform was stirring; you think you know a gong for it’s harsh clang, but manipulate it precisely and you’ve got yourself a full ambient soundscape.

Watching Takada perform was stirring; you think you know a gong for it’s harsh clang, but manipulate it precisely and you’ve got yourself a full ambient soundscape.

It’s not often one would get a chance to see someone unique as Midori Takada perform. Takada is particularly known for the 1981 album Through The Looking Glass, one of a number of old, rare Japanese albums that fetches into the hundreds for original pressings on discogs. It isn’t a record that commands a high price based on rarity alone, Through The Looking Glass is a pioneering classical-meets-minimal masterpiece, even when it's said to feature both gamelan and a coke bottle to equal measure. Takada holds a unique place as a composer and percussionist, combining genres and influences from around the world into an output that's truly one of a kind. 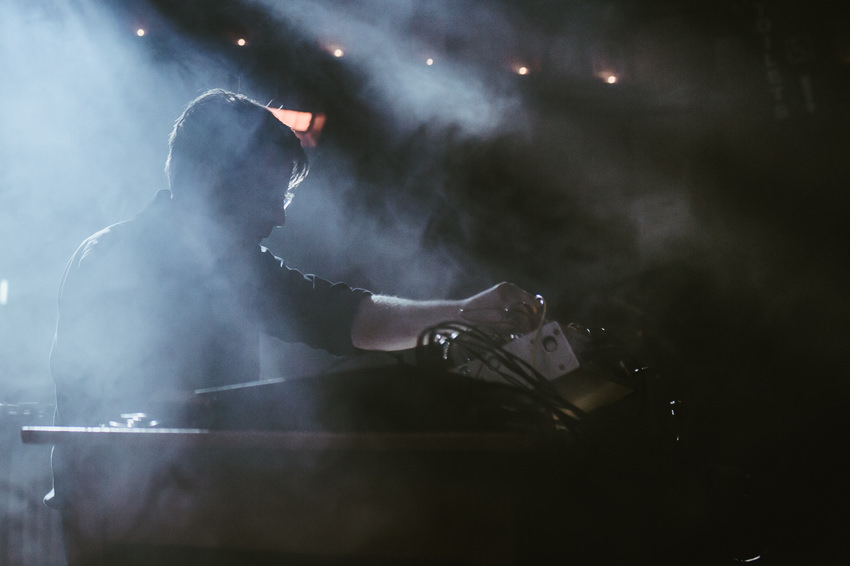 Support for the night came from revered experimental artist Jan Jelinek, whose 2001 album Loop Finding Jazz Records is considered amongst the most important and influential in electronic music. He precisely mapped out a series of glitching, textural sonic landscapes that all melted together seamlessly as the light shining through the chapel’s imposing stained glass windows turned from rich defined hues to darker, murkier tones as the sun gradually set. It’s an interesting and vibrant time for London’s electronic scene right now. Promoters you’d traditionally associate with big room parties that go long into the wee hours, such as the brotherly duo that is Krankbrother, are now putting on a whole range of multi-genre programming alongside the usual roster of nights. It’s the sign of healthy music scene and it looks only set to continue. One week there’s heavy-hitting techno, the next there’s ambient Japanese classical. 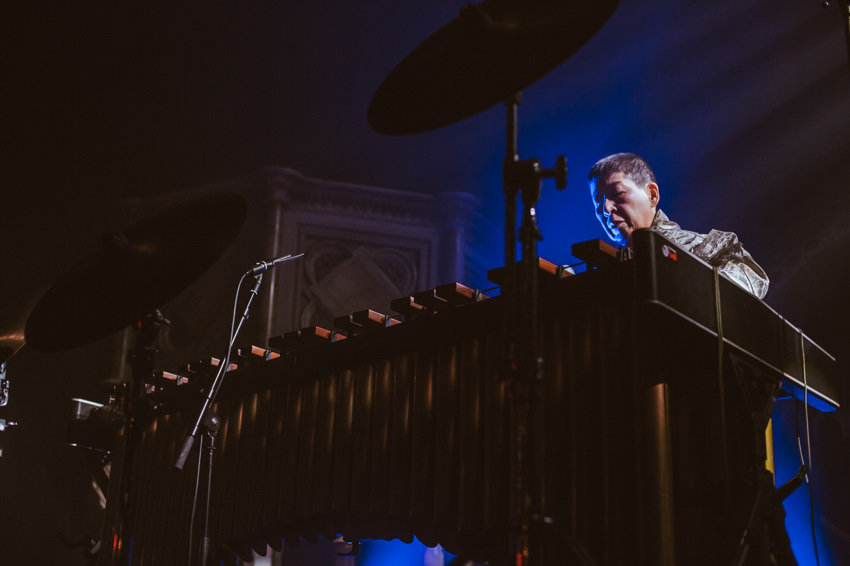 Takada once said that “everything that exists on this earth has a sound… Even if humans don’t call it an instrument, on this earth, there exists a significant vibrancy.” With this in mind, I was mesmerised by her approach to sound design, every action on every instrument deliberate and carefully planned, although seamless by experience. Watching Takada perform was stirring; you think you know a gong for it’s harsh clang, but manipulate it precisely and you’ve got yourself a full ambient soundscape. Across a number of movements, so to speak, Takada built mountains and valleys spectacular not only in sound but also in technical execution. It was a performance that was as esoteric as it was theatrical, with Takada guiding you through her sonic novel with grace as she swept from gong to drum, to xylophone, and back. At one point calmly rooted at the xylophone, at another spinning fervently around a series of drums, and at another performing a dramatic recital of Hannya Shingyo, the Buddhist Heart Sutra. Through The Looking Glass this was not, but pulling together Takada’s forays into percussion, African Music, theatre and everything in-between made one for one spectacular performance. Later on, I revisited the 1981 album and heard even more than I had done previously.