A day that is quickly becoming my favourite of the year...

A day that is quickly becoming my favourite of the year...

In the short 3 years of GALA’s life, the festival has gained a humungous amount of popularity in the dance music scene with its annual appearance at Peckham’s Rye Park. No wonder; our review last year didn’t have a bad word to say and moreover, it totally eclipsed all other day parties that London had to offer. Eagerly awaiting to return ever since we left the site all those 365 days ago, the bank holiday couldn’t come soon enough. After weeks of checking the weather to see how the unpredictability of the UK might in some way hinder the enjoyability of a mid-Spring outdoor festival, we took to Peckham once again.

Last year we praised the superb stage design, great sound, and very impressive organisation - virtually nothing had changed other than the inclusion of the pocket-sized staged, Worldwide FM. There always seems to be the temptation to spice up the recipe for events and force the model forward - be it size, design, acts, etc. - but I’m always a big advocate for sticking to doing what you do and doing it well. GALA seemed to have picked up this memo and never has a sense of deja vu been so well received.

In what felt like the true entrance of the summer festival season, Crazy P stole the show early doors with an expected stellar live performance on the main stage at the far end of the site. Dan Shake took over at 4 pm and bossed it throwing in a few of last summers anthems including Butch’s stomper, ‘Countach’, making the largest of the stages the place to be for the first half of the day. Mr. Shake really got the day into gear with a great mix of obscure disco numbers and groovy house movers, setting forth a momentum that didn’t let off right up until Honey Dijon would eventually close off the festival with Crystal Waters's 'Gypsy Woman'.

Horse Meat Disco’s Pleasure Dome was once again one of the primary attractions, partly due to it being a cover from the weather but mainly due to the cracking display of dance music. Dan Beaumont dealt a very solid hour and a half before returner Midland took over to play a plethora of bouncy, upbeat house even with shameless classics such as Paul Johnson’s ‘Get Get Down’ making an appearance alongside some vintage Daft Punk. Gerd Janson jumped on after to supply punters with not surprisingly one of the sets of the day before Horse Meat Disco saw off the evening in style. You can always rely on DJ’s like Gerd to introduce you to tunes that will be the very song that you won’t stop seeing Shazam’s flash up to and Instagram stories recording throughout the summer - lo and behold, he delivered the dancefloor-ready goods with an alleged unreleased Kink remix that absolutely went off. 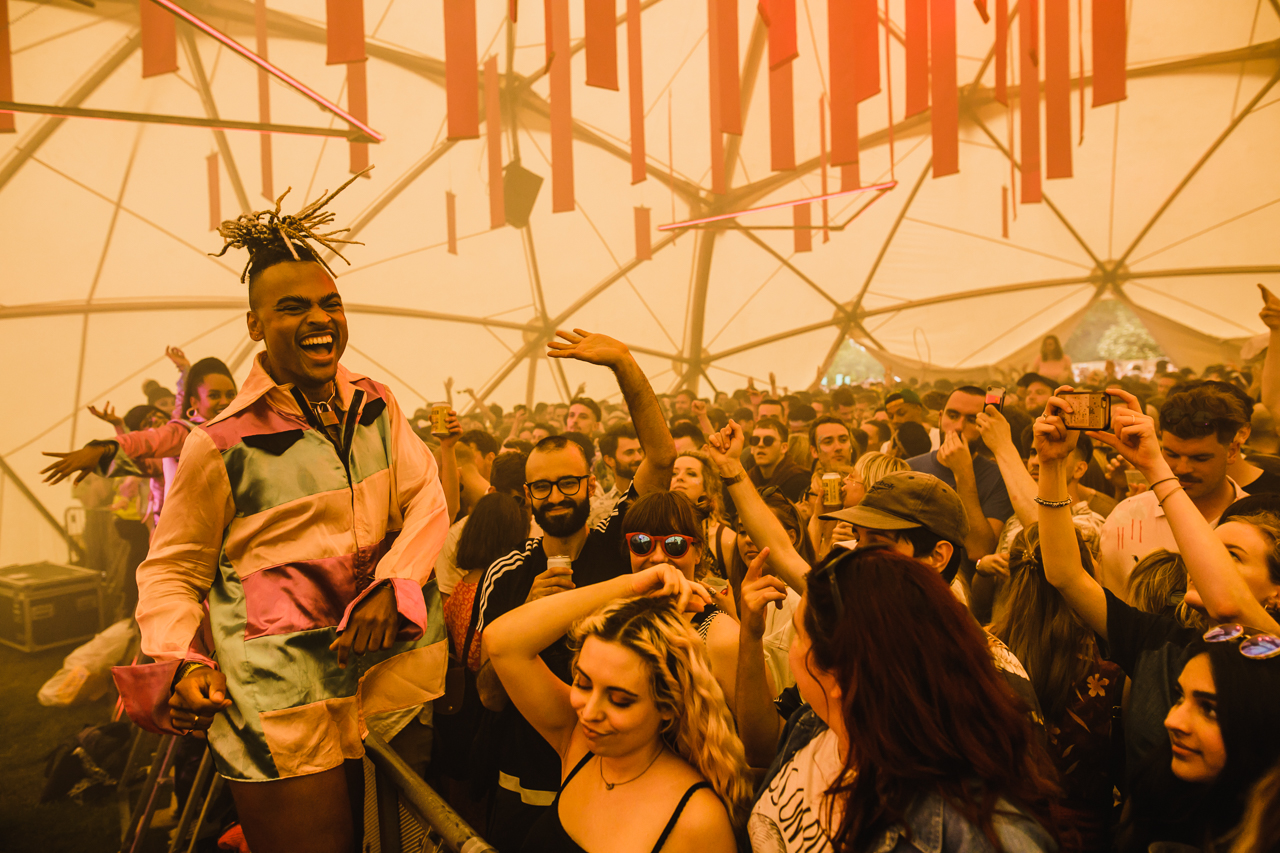 The new addition of the Gilles Peterson curated Worldwide FM stage right over by the entrance provided several fantastic live performances throughout the day which gave a nice slice of respite if you fancied a break from the usual four-to-the-floor. You could pop next door for a bit of record digging if you were such way inclined - how can you argue with that?

The Cooking with Palms Trax stage sat comfortably in the middle just like last year (last year manned by Rhythm Section) with the likes of Sassy J and Beautiful Swimmers making way for Young Marco and the man himself to close out the final hours. Beautiful Swimmers hosted one of the best vibes of the whole day if you managed to drag yourself away from Midland or Dan Shake - they had the crowd in the palm of their hand with everyone lapping up everything they threw at them. Groovers such as Castro (Sa)’s ‘You Give Me’ were amongst a thoroughly well-curated set as Young Marco followed to jump on early evening. It seemed like a lot of the general consensus was to finish up at Palms Trax - the stage was sufficiently booting off with tunes of all sorts of typical eclectic nature. Nathan Micay’s latest single ‘The Party We Could Have’ chugged away until things let up for Palms Trax to venture into his collection of obscure 80s synth-pop, tying up the set with the likes of Pulse’s ‘Showdown’.

A day that is quickly becoming my favourite of the year just down to the excellent design and organisation of the festival just flat-out delivered. My auto-Shazam is chock-block with tune after tune, many of which being crowd favourites that are timeless even after the 129th time it pops up on your music library’s shuffle. Honestly, my only gripe was that there wasn’t an awful lot of surprises in the sets, but how disappointed can you really be when Horse Meat Disco throws down ‘Keep The Fire Burning’ as the suns setting?

Possibly the most pain-free queuing system I’ve ever seen at any event and some great attention to detail on design and decoration without over saturating each stage with huge amounts of gimmicks. The whole site is littered with thoughtfully placed decorative elements and everything just feels like it flows so well; there’s clearly a lot of effort gone in with making the space feel special whilst not being in your face. 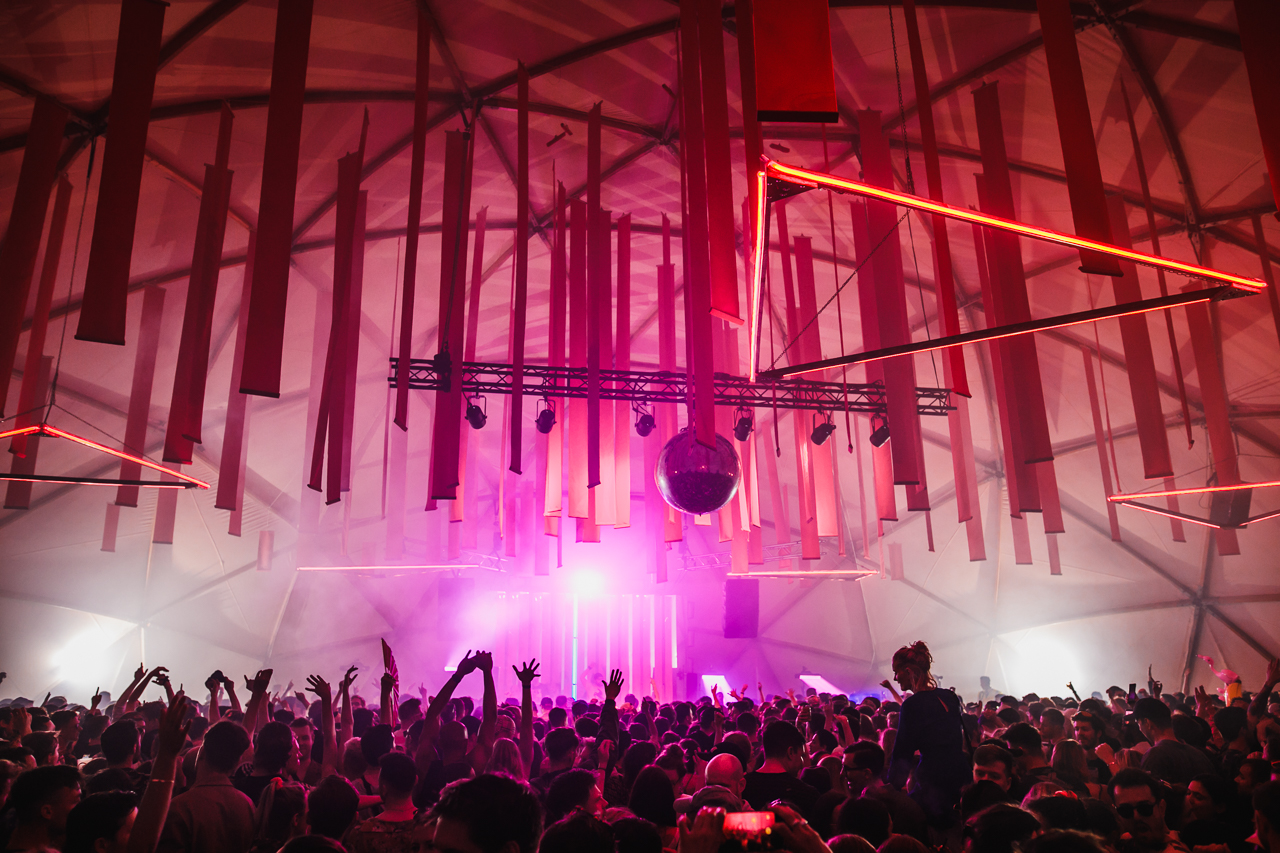 As it is quickly becoming one of the most popular day festivals in the capital, there was a very slight sense of dread before arriving that they might have had the urge to massively oversell tickets and sacrifice the fantastic atmosphere that they championed previously. Luckily,
there was a never a problem with overcrowding at any of the stages (albeit the half an hour of torrential rain which had half the festival run for the covered Pleasure Dome), you could always find a good spot to dance and the sound was once again absolutely fantastic. Further kudos to the stage design and general layout, friendly staff and (although something you might not really be after at a day party) a superb selection of food stalls. GALA, we’ll be back next year.