It was more about the legacy of Detroit’s music – an essay on culture for an audience that wanted to muse it over and ask why, rather than just get caught up in the escapism of a hefty kick snare.

It was more about the legacy of Detroit’s music – an essay on culture for an audience that wanted to muse it over and ask why, rather than just get caught up in the escapism of a hefty kick snare.

It’s weird to think all those hours spent the bedroom of your parents’ house hammering away at a Roland TR-909 could get distilled or rendered into something symphonic, and at the Barbican centre of all places. Culture is at the heart of everything we do when you reduce it all down to the bare components and, as far as original culture is concerned, Carl Craig is a pioneer. It’s perhaps fitting then to take one of techno’s founding artists out of the club and place them in one of London’s leading cultural centres, in collaboration with The Hydra. If culture’s concerned with lived experience distilled into an expressive output then techno, along with its Motor-City-in-ruin backstory, is undoubtedly right for the Barbican. And that’s before you even consider the Brutalism. 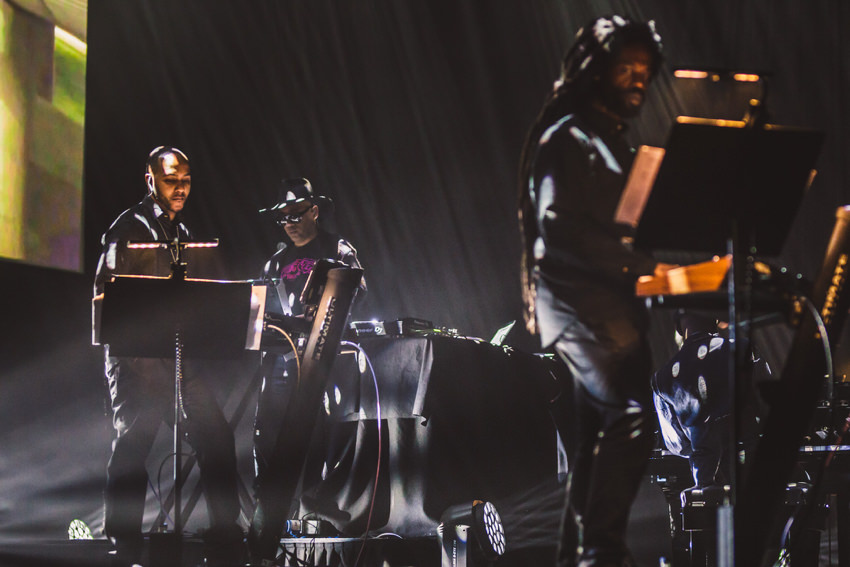 Carl Craig Synthesizer Ensemble, an iteration of his critically-acclaimed Versus show was there to present the music of Detroit in a new light, through a 7-piece synthesiser orchestra merging opposing ends of the spectrum – classical orchestral stylings with the drive of 808-laden kicks. In conceiving and producing the show he’d worked with pianist Francesco Tristano, the French orchestra Les Siècles, the conductor Francois Xavier Roth, and Moritz Von Oswald, with whom he’d released textured and dreamy re-imaginings of the pairs historic work. The concept may not be so crazy as it initially sounds – whilst the thump of a 4/4 beat may be more club-ready than concert hall, ask any old Detroit producer how techno has changed and they’ll tell you that it’s lost the funk.

Taking centre stage was Carl Craig, a conductor leading with a beat instead of a baton, whilst behind him an ariel view projection hovering through and honing in on the streetlamp-lit streets of a Detroit at night made for haunting atmosphere. A classical re-imagining of any producer’s most significant work in a concert hall is surely the pinnacle of anyone’s career. Unsurprisingly, the Barbican’s normally bourgeoise Friday early evening demographic gave way to a more headsy crowd, but for all the melodic grit Detroit techno is known for – the sort that uncompromisingly carries you through the early hours – there was an almost respite with the out-of-club context shift that came with the performance. Like badges of honour, the unmistakable logos of labels – Blueprint Records, Underground Resistance to name but a few – could be spotted at every angle. It was more about the legacy of Detroit’s music – an essay on culture for an audience that wanted to muse it over and ask why, rather than just get caught up in the escapism of a hefty kick snare. 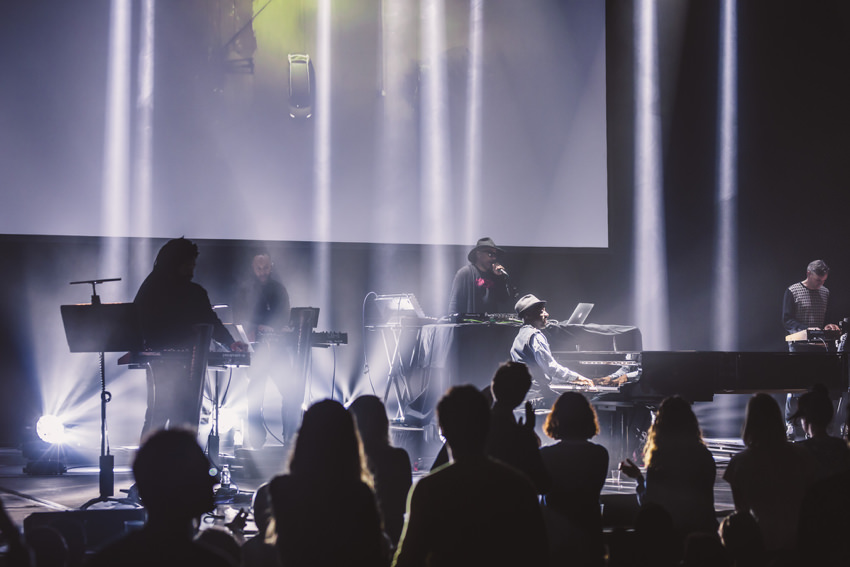 Classics including Sandstorms, At Les, and Domina made for a narrative, and this was interspersed with anecdotes about living in a Detroit apartment with a panoramic glass view, dreaming scoring a sci-fi soundtrack, playing synths on the floor with Derrick May, and how Stingray and him used to listen to Throbbing Gristle records in his mom’s basement. They say a good DJ creates a connection with the crowd, but this is an intimacy you’d rarely achieve in a club. It was all pretty mesmerising and was rounded off with an improv, each member of the ensemble taking it in turn in a skit more akin to a jazz gig. If music acts as a means to translate your experience then Carl Craig’s completely fluent.