Utopia is a state rather than a place...

Utopia is a state rather than a place...

Icelandic songstress Bjork only booked two UK dates this year. Hence, when it was announced that her latest album Utopia would be performed at the Eden Project, tickets were unapologetically sold out.

On the hottest day of the year and off the back of England’s victory against Sweden, Bjork emerged from her “throne” to cheering crowds and the overture of flutes. “Let’s imagine a world where nature and technology collaborate” the message on-screen displayed. Then montages of flowers in bloom, bursting open with life as the music built upwards into “Arisen my Senses” – which when surrounded by thousands of plants and flowers is hard not to resonate with. Bjork’s work has always been a fusion; of the future and technology, think "All Is Full Of Love" with nature and the intangible. So here in the Eden Project, where better than to conceptualise the collaboration of nature with technology than in Cornwall’s own botanical paradise; a reminder that mankind can be stewards of the earth.

One of the most noticeable elements of Utopia is the aesthetic direction of the album, which spills into Bjork’s performance and stage design. There is an obvious female flair and the aforementioned throne was unmistakably yonic in its shape and curvature; the suggestive central “pearl” leading our imaginations to only one thing. Her outfit was an explosion of technicolours on a 5’3” frame moving across the stage like a cosmic fairy. The flutists’ masks were reminiscent of pelvic bones and the fleshy pink colour scheme could convince you that we were right there in the female reproductive system - tastefully and ethereally in a way that only Bjork could pull off. This begged the questions: What is Utopia? Where is Utopia?

The ninth studio album by Bjork, with input from Venezuelan producer Arca, Utopia examines love and the sweeter more vulnerable side of relationships. Place this into context with 2015’s Vulnicura; her saddest album charting the loss and isolation from a broken relationship; her divorce, and we have two contrasting and complementary phases. The word Vulnicura is Latin for a “cure for wounds”, whereas Utopia is a perfect place, a paradise. In the Bjorkverse of narrative this is a journey from loss to discovery, from heartbreak to healing. 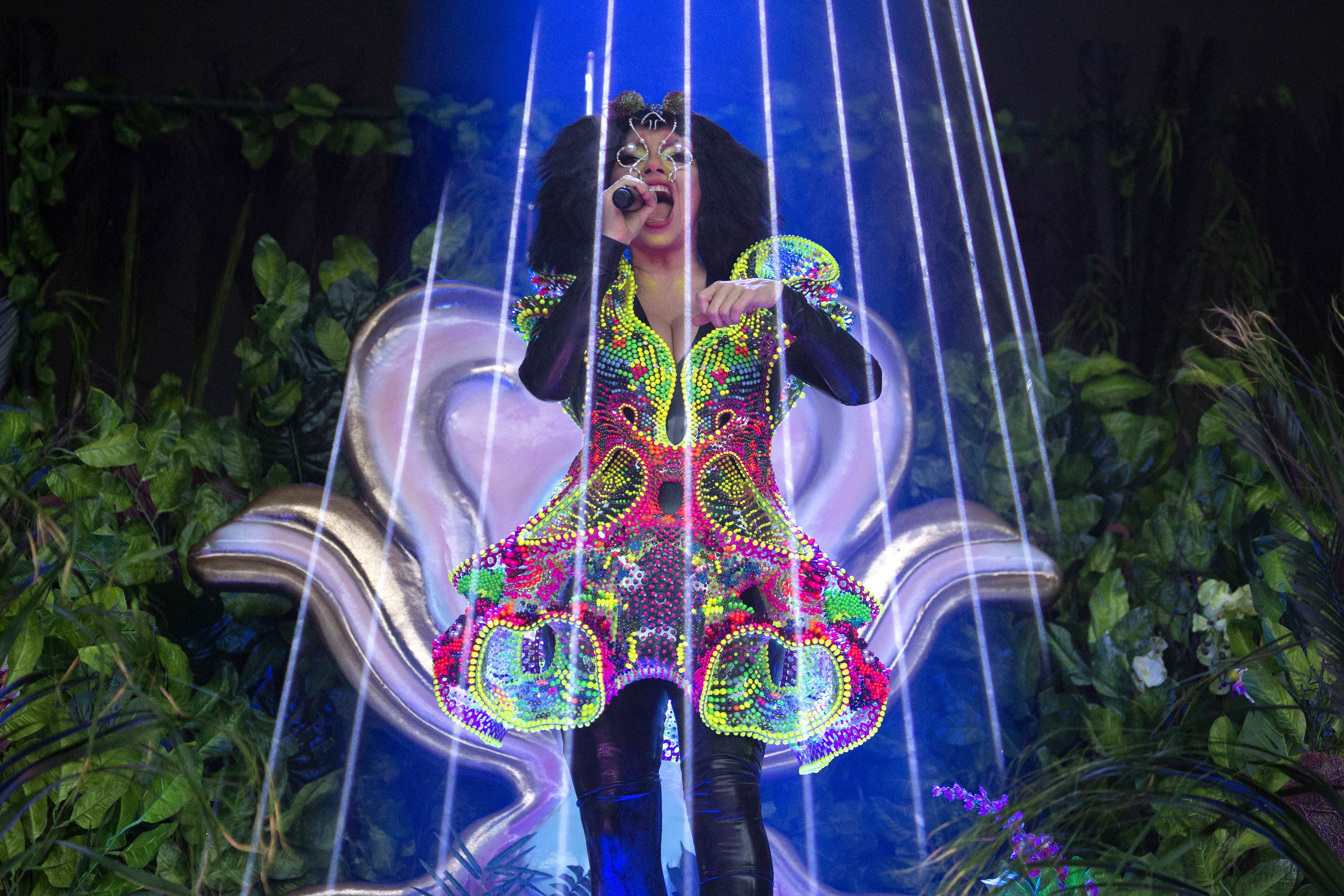 As for her performance, nobody sounds more like an album than Bjork; surely a sign that she was born to make these sounds that are so familiar yet otherworldly. In the almost 30 years she has been performing her vocals have not eroded and remain as crystal clear and crisp as they ever did. It has been commented that her songs blend into each other without trace of one piece ending and another beginning. Indeed Utopia’s (the single) flute progression was like a bounce in the fields and the audience rose to their feet on cue, before a scratch and skip of bass beneath Bjork’s distinctive trilling got arms gliding in the air seamlessly. There is a nurture of love and new beginnings, playfulness, youth and awakenings performed on stage. Our eyes that are lost in costume and the set design – perhaps a meadow, perhaps another planet – gives us permission to visit paradise through her songs.

"The Gate" with its few but poetic words demonstrates the energy of the song is in the intricate arrangement of sounds and visuals. Bjork was noted as saying "The Gate" is a love song but beyond romance, the sort of transcending love for everything as well as rediscovering that capability to love again. Perhaps this cures Vulnicura’s wounds within the opening lines, “My healed chest wound/Transformed into a gate.” The song is about being put together again after destruction and being able to give and more importantly receive love. Even more reason why the Eden Project, with its ethos of a better planet and co-existence, was the best spiritual home for this concert.

Bjork fans were thrilled at the performances (which did blend into each other beautifully) and formed a hypnotic two hour set. There were old school music-lovers who had clearly seen every concert and bought the t-shirt. There were neo-hippy-face-painted-students who would not have been a stranger to the Eden Sessions in St Austell. There were children and tourists who travelled especially for the show. Then before long the sun set behind the gigantic biomes of the gardens, hailed down by the swaying arms of the audience. In these moments you remember why music is so important and so powerful. The diversity of the crowds, her longevity, the emotion of sounds, the way Bjork takes her audience on a journey. The concert proves that music isn’t about following the rhythm, it’s about the shapes it allows you to make and the freedom it gives you.

Perhaps one answer to the earlier question is that Utopia is a state rather than a place; a state of love, a state of harmony with each other and the planet, and in several ways a return to Eden.