They take their name from the Yoruba word for noise, a roundabout way to describe a sound which was definitely a lot more salient..

They take their name from the Yoruba word for noise, a roundabout way to describe a sound which was definitely a lot more salient..

Sharing the bill with Conforce, Space Afrika, Burnt Friedman & Mohammad Reza Mortazavi, and Kit Grill - Ariwo launched their forthcoming album Quasi, as part of MANANA//Cuba’s night at Oval Space, a label and project whose aims purport to bring a greater dialogue between masters of the Afro-Cuban folkloric tradition and the electronic music scene. Ariwo encapsulate this goal in their architecture - kind of a supergroup composed of a pedigree of musicians from the greater Cuban musical sphere: Hammadi Valdes prodiguous percussionist playing with the likes of Irakere; eminent conga player Oreste Noda who’s performed with Hugh Masekela, and trumpeter Jay Phelps, a prolific collaborator and important influence in the overheating London Jazz scene. The three are delicately balanced with the virtuosity of Iranian electronic composer Pouya Ehsaei, who spends the show tinkering behind a large spaghetti junction of a desk.

They take their name from the Yoruba word for noise, a roundabout way to describe a sound which was definitely a lot more salient - only at times lapsing into a controlled chaos, only for a trumpet blast will lead the way forward, and the march continues. The Yoruba traditions were forcibly transplanted in Cuba during the Middle Passage, with traces remaining in present-day spiritualism and music. Ariwo look both retrospectively and prospectively, drawing from these roots and infusing these influences with contemporary electronic music, voyaging a line between dub techno, cosmic jazz, Afro-Cuban polyrhythms, and dungeon acid. 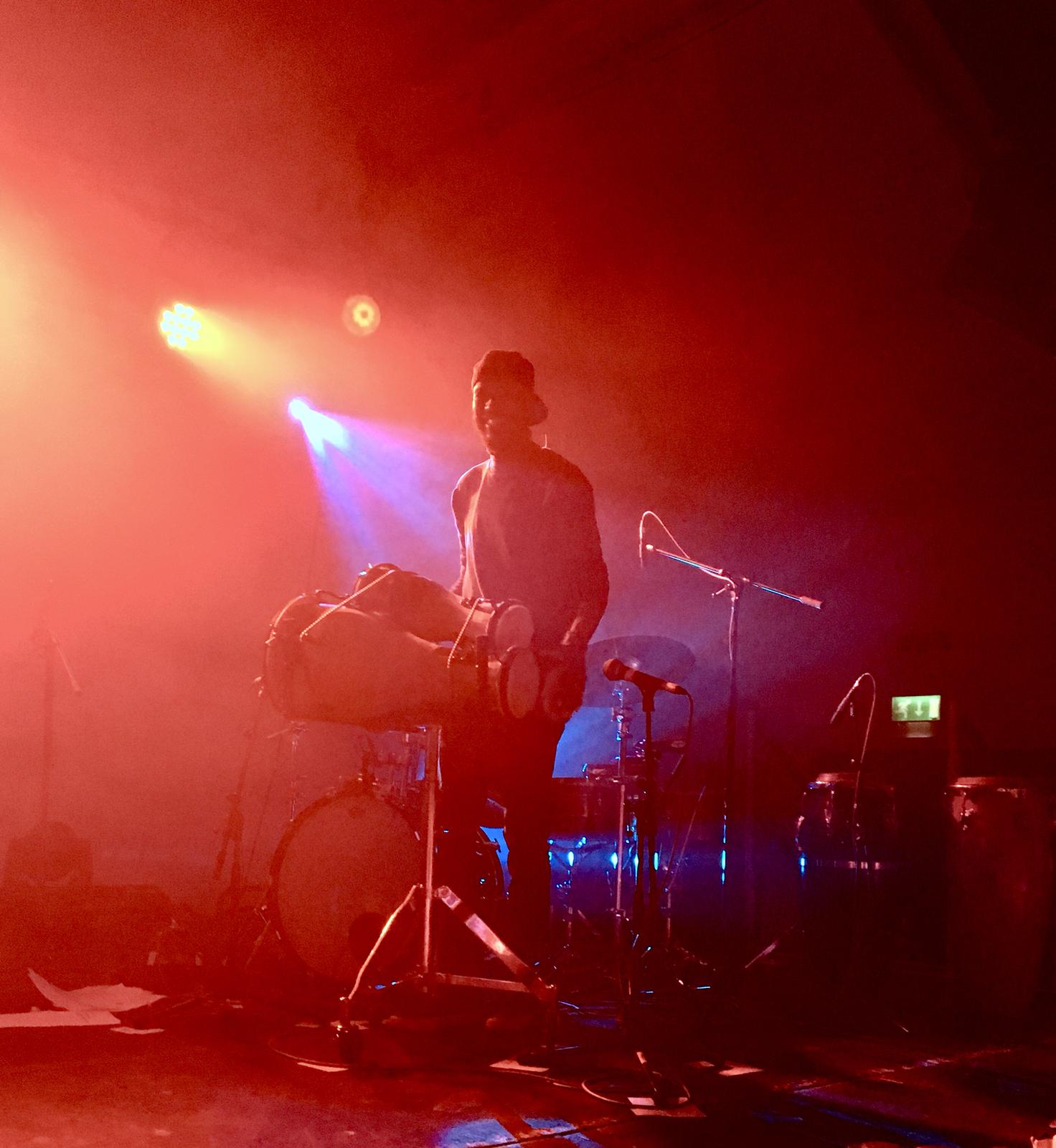 Their 90 minute live set was magnetic, whipping the crowd into a fervent intensity. From the bleak doomsday horns of Gahambar, to the newer pieces they performed, they perfectly balance light and dark, not succumbing totally to a horn-driven jubilance, nor too sparse melancholia. Instead, things chug along, gathering pace and intensity, sequences quickening with a sense of urgency, like a furtive cinematic plot is unfolding under cover of night. They conjure a sonic frenzy in these peaks which draws from an otherworldly power. Without mapping some probable misconceptions about ancestral music onto this, there’s an intuitive sense that there is a kind of channeling taking place, where the repetition present in forms of ritual is brought to bear in a club setting. Pushing this line a little more, it seems clearer that perhaps there is little distinction between contemporary and traditional forms of communal dance ritual - people across space and time generally find some profound effect from repetitive drumming and the feeling of being in a crowd. There’s something timeless going on here.

Ariwo map out new sonic territories, made possible by the hybridisation of different musical traditions. A Cuba-Iranian line of flight is opened up in a world where these two cultures have been historically and contemporarily maligned in the eyes of the West. Resisting tendencies to retreat into cultural nationalism but instead push towards this type of alchemy is the formula for birthing exciting new forms. At risk of making everything right now refer back to Brexit, shows like this are a reminder of how vital London’s role is in providing a space for musical confluences. By moving away from internationalism we risk some kind of innovative potential. There’s so much to be gained from putting people from different musical contexts together, something obviously never considered in the discourse of politics, but one of many dire consequences of current vectors towards navel-gazing. For this century to produce new forms of music, we need to accelerate these sorts of collisions, and deliberately attempt to create the future.

Quasi is out 15th April.