Taking the DIY approach is never the easiest way of doing things, but the pay off is almost always far superior. It's the fruits of your labour, something that has been realised through your time and effort alone. This is the route that the team behind British independent film DEMON decided to take.

A millenial noir, the film centres around the character of Ralph, a young Jamaican brummie who flees London after an unpaid train fine comes back to haunt him. Exploring themes of identity, black manhood and debt, the film follows Ralph as he confronts modern prejudices and deals with the loss of his father.

Writers George Louis Bartlett and Theo Macdonald reached out to actor and promoter Ryan Walker-Edwards with him in mind for the lead. He immediately got on board with the project and the three of them began pooling their resources.

The most important thing, as Ryan so perfectly puts it, was finding their tribe. Not content with waiting on co-funds or green lights from funding bodies, they enlisted the help of friends, forming a strong creative collective that would help steer the film to the finish line.

In many ways, Ryan found that this process mirrored his approach to putting on parties. As one of the brains behind Incognito Radio, he cites the collective spirit and creativity that comes from finding like-minded individuals who want to take action and make things happen themselves.

Ahead of the film's release, we chat to Ryan about the production process, the lessons learnt and how he applied his experience of promoting parties to getting the film off the ground...

DEMON is set for release this year. Can you tell us about where the initial idea for the film stemmed from?

The screenplay for DEMON was penned by writers George Louis Bartlett and Theo Macdonald, and was inspired by a Kafkaesque run-in with the German authorities in Berlin over a forgotten train fine. The pair approached me with a first draft of the script and pitched it as a millennial noir with dark comedy elements. I’d worked with George in the past on some short films, and they said they wrote DEMON with me in mind for Ralph — a young black Brummie of Jamaican descent. Almost immediately we began workshopping the material in London to explore the role and different ways we could express the story and this character’s story.

DEMON poses questions of the anxiety-inducing financial struggles of our generation, mental health and trauma. While in the current creative climate such themes can appear to be “trendy,” we’re not intending to use them as a crutch but instead to offer a sincere account of Ralph’s story. 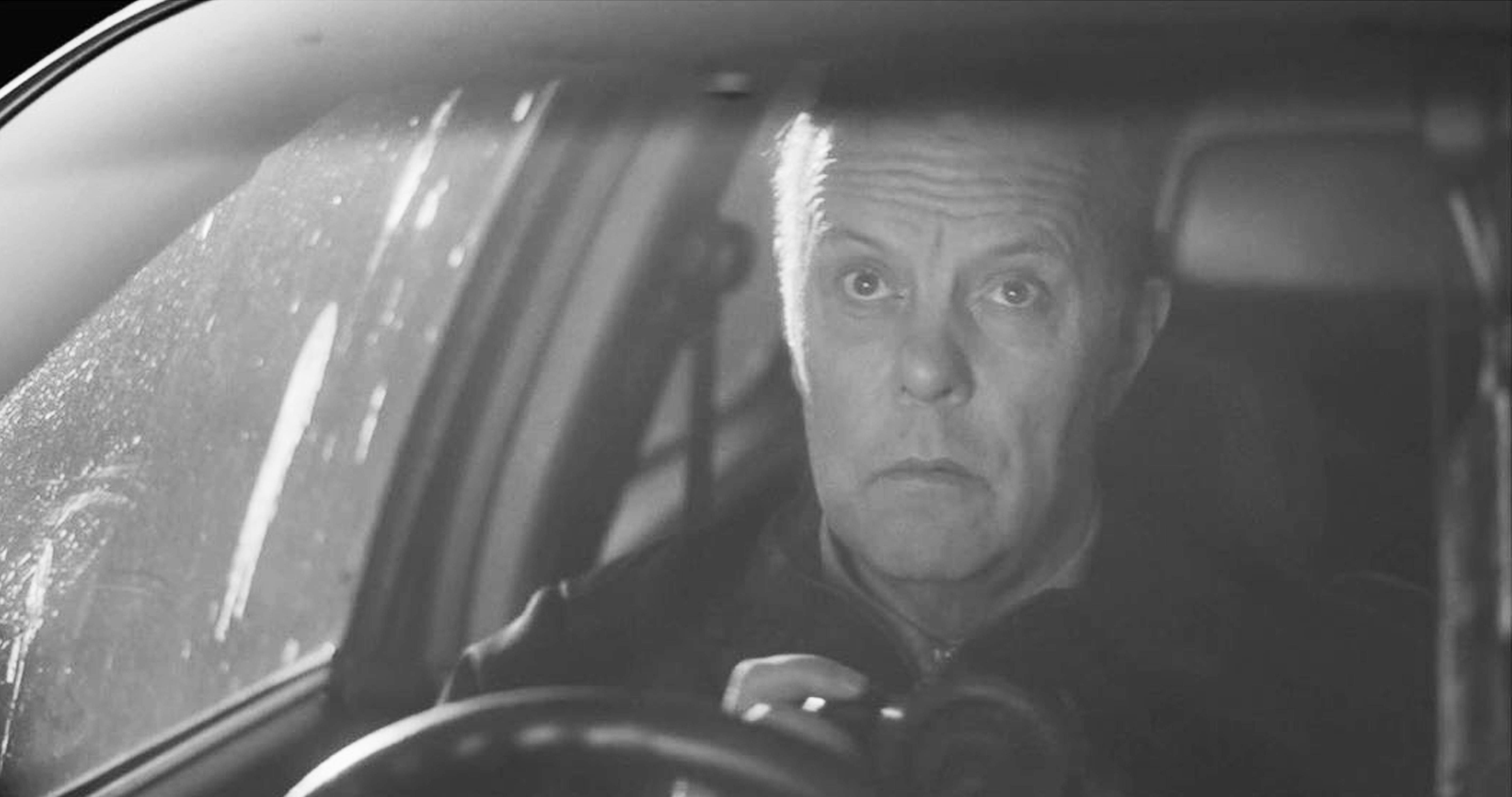 In creating this film, you mention parallels with your approach as a DIY promoter and actor. You pooled resources and found the people around you who wanted to make it happen - your tribe. How did you initially get the idea off the ground and who has been imperative in the process?

There were similarities between the DIY filmmaking process and that of hosting DIY parties. 'Incognito Radio’ a collective I'm actively involved in centres on pushing new electronic music in various settings. The original purpose for our group was a DIY family that aspired to create a space for this to occur. Rather than waiting for the place to magically arise we worked to make it happen - creating parties in our living rooms, above chicken shops and cafes. This was the culture during the pre-production and production of DEMON, we did not wait for a big funding body or co-sign to greenlight our film but to get out there as a unit and take action. To get the idea off the ground did involve pitching the film and process to friends who were actively trying to make their way in this creative industry: "We’re making this film, let's just make it happen".

The words “guerrilla” and “punk” filmmaking were frequently used by George and Theo. The script and idea were well-received, and we found other creatives want to take control of an industry that often denies opportunity. For this reason, people were willing to pull together and do favours for them to help get the film made. It really is the rush that you often see promoters get at the end of an event - that hour where the attendance is dancing to the experience you have created, and the joyful shriek you give as you grab your team in a way to say 'yeah man, we did it'.

What did you apply to the process of creating DEMON that you’ve learnt from putting on DIY parties?

All the above. The key was to build a community of similar-minded people who want to create and work as a collective. Now that sounds very bohemian, and don't get me wrong there will be stress with anything you create but what you find during the process is when something goes wrong it makes way for a surge of creativity. 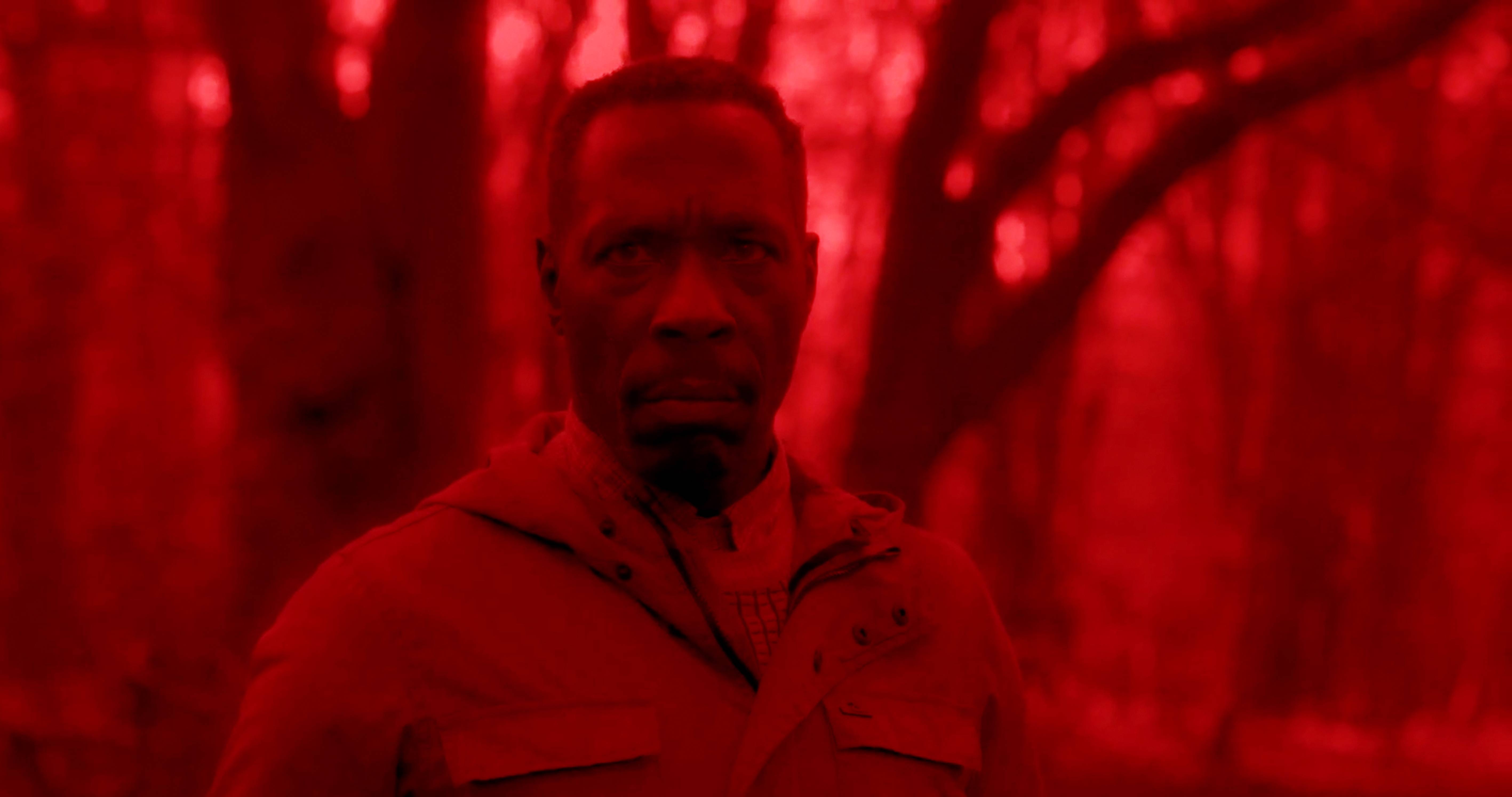 What freedoms has doing everything yourself allowed you?

It's been eye-opening, to say the least, from the initial meeting with George and Theo, sitting in on casting and partly working on post-production provided a unique insight into filmmaking. Normally one’s insight on a film is limited to a specific purpose or job for a certain period. But it is certainly bittersweet; you really have to graft twice as hard to get a small independent film to be seen. There’s lots of noise out there. Maybe we’re part of the noise—there’s no way to be sure. But we made something that we feel is truthful.

Where have you drawn inspiration from for the film? Be that visual, musical or social...

George and Theo are huge cinephiles so there are some deliberate allusions to cult noir cinema such as DETOUR, and other film from the poverty-row noir era that inspired the film. They used the term millennial noir to imply taking a traditional classical style and using modern elements to speak to a contemporary audience. In terms of literature, Ralph Ellison’s Invisible Man was a source. We liked the physical and symbolic purpose of wearing a mask in society, and how it can be used to escape the truly depressing and suffocating reality of the situation - told through comedy and irony.

The film touches on debt, identity and black manhood, why were these themes important for you to explore?

Originally, we didn't want to play into politics, but as time went on we began to recognise there was a shortage of black British films that explored sentiments of debt, death and mental health involving the Jamaican black male identity especially focusing on characters who are from outside of London. The film's plot follows Ralph's journey to escape London and all the anxiety living in the Big Smoke can bring. This becomes the reverse of many plots which involve the characters moving to the metropolitan to 'make it or be successful' - DEMON takes this idea and subverts it. However, the humour and drama come in through Ralph’s stay at the forest motel where he's still forced to confront modern prejudice of in its many disguised forms and deal with the loss of his father something which he thought he could run away from. I guess figuratively and literally in the film, your demons are always behind you. 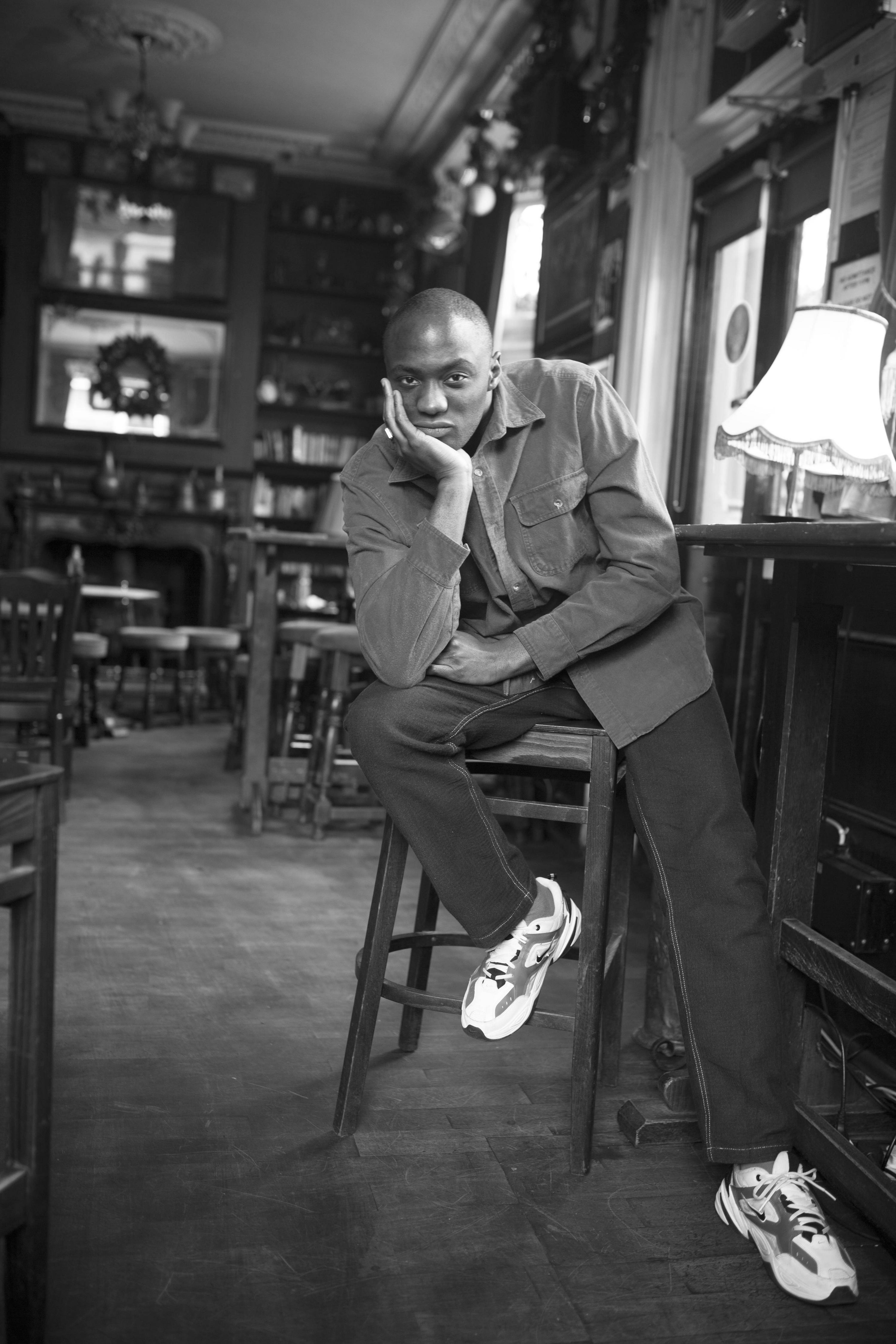 What were the biggest hurdles you had to overcome during the production of the film?

As someone who also works within music, we imagine it was very important that you found the perfect artists to produce the soundtrack. You've enlisted Bristol producers OH91 and Sempra, how did you approach them to be involved? Have you been closely involved in the production process?

Yep, music is a large part of my day to day life. We needed to find the right artists to collaborate with. The story is pretty experimental and using electronic music can echo the concept of the film. As a promoter, I have worked with both Bristol’s OH91 and Sempra (Draconian Audio). OH91's grime dub is scattered throughout scenes of the film involving samples of Jamaican patois from Lukie Niya. Sempra an eclectic producer is working collectively with George for the score of the film and the composition will be a mysterious and cinematic. This contrasts with that Caribbean influence that was mentioned. The music composition of the film is a mixture of noir-film with an interjection of Jamaican sounds - from the old school 'Lovers Rock' to the more upbeat jungle influence. People involved in the music are from Bristol, Birmingham and London and those scenes are massively influenced by Caribbean culture. It comes back to the system of working with a community you identify with to achieve a specific outcome.

What do you hope people will take away from DEMON?

Nothing in particular in a moral sense. I hope people enjoy the film. And if they see something deeper in it, then great. But more than anything, I’d like to inspire other people with little or no money to go and make feature films. We have a system in the UK that doesn’t encourage or even really allow that. So, “go make movies” would be the take away we’d like to offer. 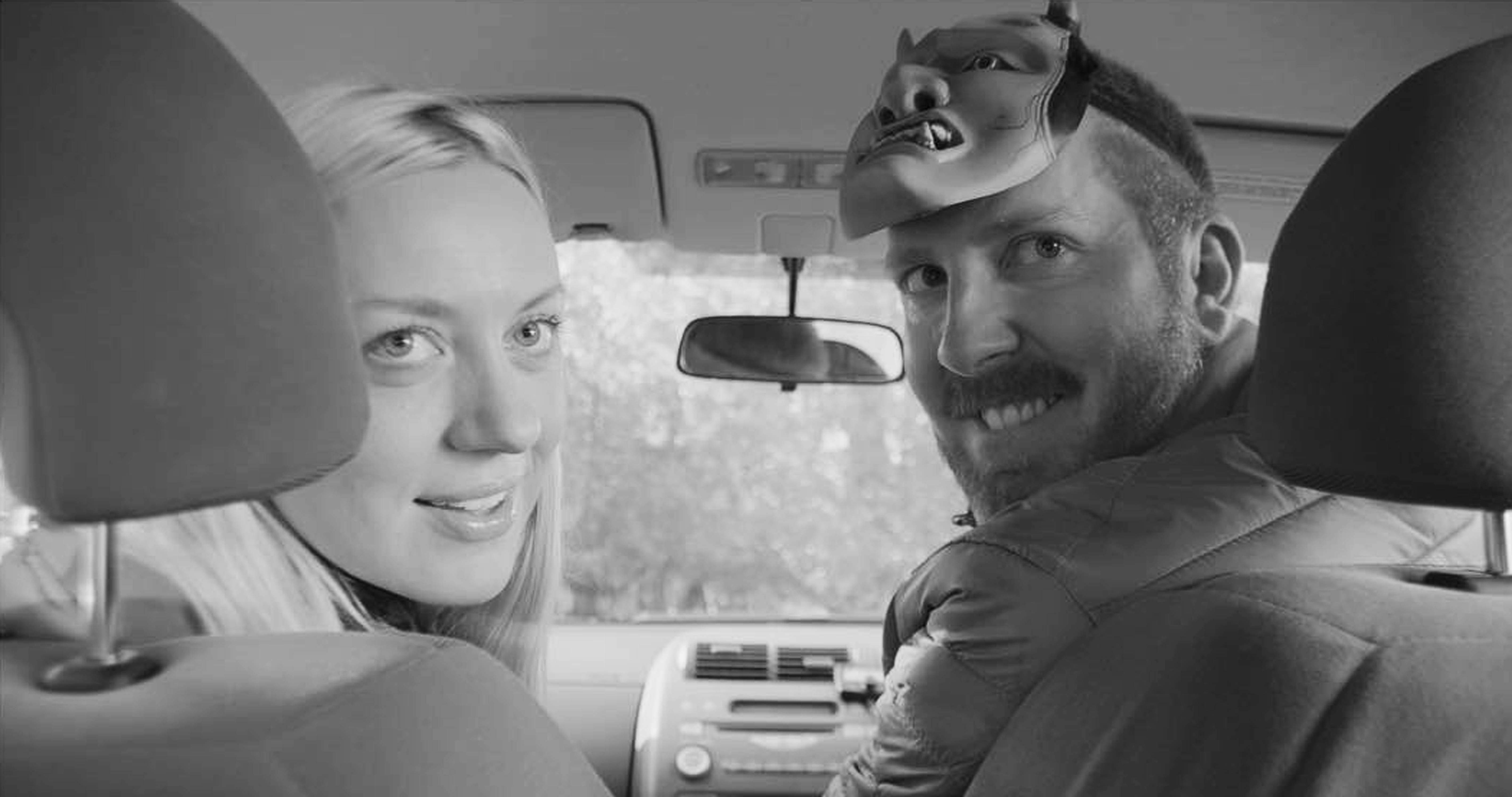 What advice would you give to people who are thinking about doing something similar and taking a DIY approach?

Everyone owns a narrative or message they want to share, and these days there's pretty much an audience for most ideas. Of course, some ventures are commercially viable than others. However, when you have a community to plan and budget with the intent of getting work out, you can create excellent content.

What’s next on the horizon?

For myself, it's to keep working within music and film. Long before I was a promoter I was engaged in theatre and film - but more than often waiting for an opportunity. The film built a community and a platform to collaborate on a project that can be hopefully looked back on with satisfaction. The next projects I have coming up is with Iggy LDN - a Director whose work focuses on addressing the unspoken narratives within the younger generation. In terms of raves, Incognito Radio has something involving a forest later this Summer. Hopefully I’ll continue to work with George (Director) and his wife, Shalini Adnani, as they have the production company Oh, What a Paradise. 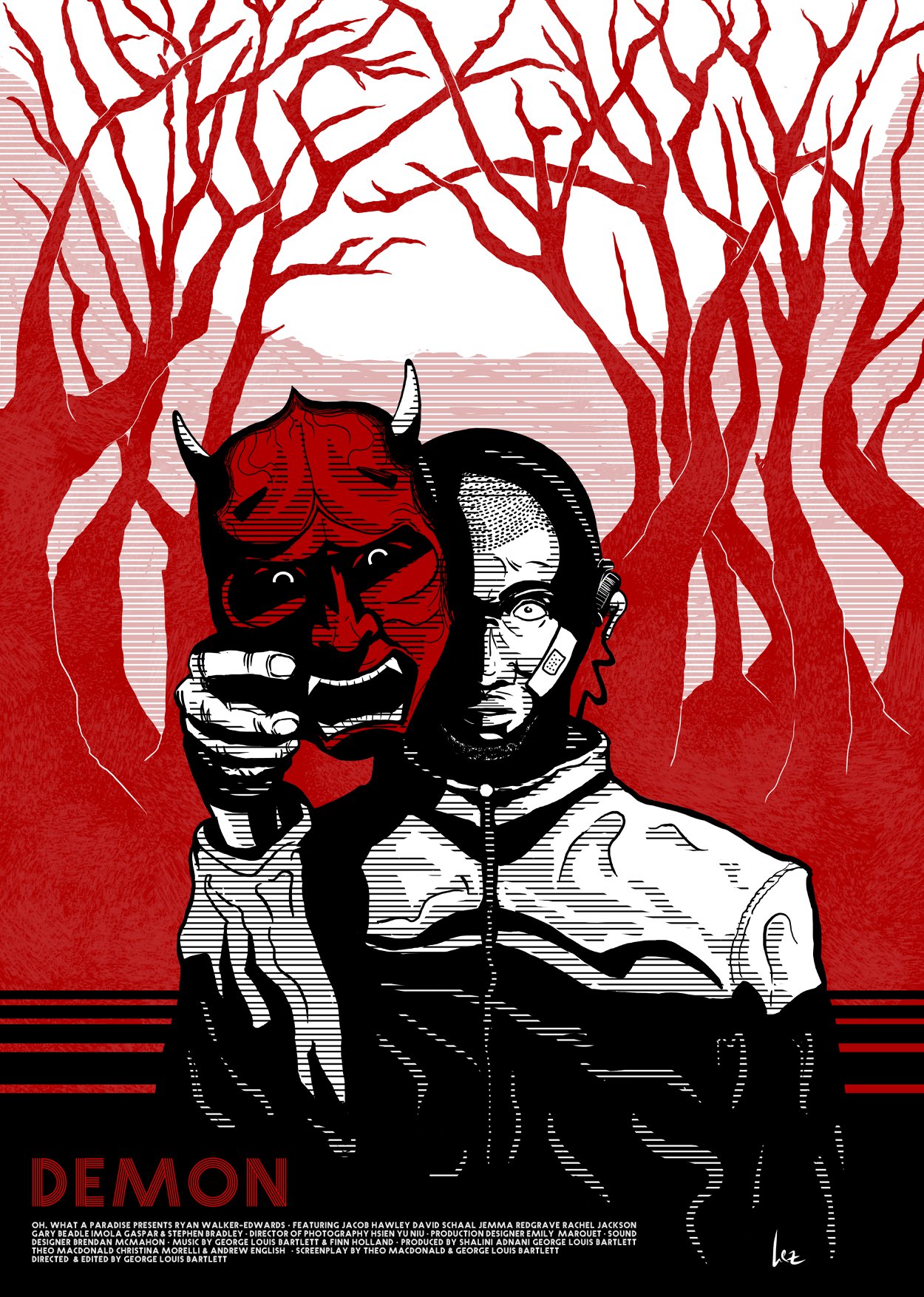