The 90’S Have A Lot To Answer For
Minute Read Where were you when the 90's happened? Just what were you up to at the instant that defined the most ambitious yet ultimately most disappointing decade of the last 100 years? That precise moment of epochal truth at which point the last hundredth of the millennium finally made enough sense for you to take a second out of your day and think:

"Well that was a bit shit. Now, who's going to clear up?"

Perhaps you'd find it easier if you knew when that meaningful millisecond of clarity happened? How about when Cobain shot himself? Or when 'The Lad' was reborn? When the first gulf war missile landed or when Thatcher left? When Blair arrived? Was it when the music took you higher? It might even have been when Princess Di had that spot of bother in Paris? Was it Brit-popping, pill-popping or amyl housing? Was it Jarvis versus Jacko or Tyson Vs Bruno? England Vs Germany. Nike Vs Adidas? Or Serb Vs Croat?

The point is, we didn't know at the time. We thought we were living in the edgiest of days.

Significance is awarded in retrospect: the slightest, most random and spontaneous events become sewn together in history, into a neat, after-the-fact pattern that we can thread through with sense and tie into a logical conclusion. So we can later say: it was bound to happen. Cause and effect, action and reaction. But in truth, things are more slippery, less predictable, knottier and twistier and harder to pin to a cork board.

First up, if you remember rightly, the self-appointed 'ultimate decade' started off announcing that these would be the 'Caring Nineties'? Well excuse us while we bathe in frothy irony and neck our pints of Testosterone And Black but that never happened! What did happen was far more awkward to define. The decade began unfolding with the youthful rebellion of the so-called 'peace and love' explosion of the third summer of love. All head-rushed and endorphin drenched. Precious little time for analysis, no time to think things over in that zippy straight-to-screen world, where for the first time life, every life – could be instantly repackaged within advertising or cartoon, as tabloid drama or household brand. Times were a-changing and we couldn't wait. We wanted the world and we wanted it now!

What was the reality? What did we actually get? Well, we bought a present of poll tax riots, clause 28, the Criminal Justice Bill and the Public Order Act. A 'now' where Charles & Diana was a made for TV film and Diana's funeral was the most watched thing of the last 500 billion years. Where the outdoor-toilet 60's became Heartbeat. Where still twitching wars were plundered by screenwriters, and Fred West became a docu-drama. Where Disney rifled through history, checked the mood, and sold them both back as Pocahontas: ye olde eco-friendly, post-feminist, assertively sassy ethno-babe. Obviously with it being the 90's though she had knock out tits… ironic that. 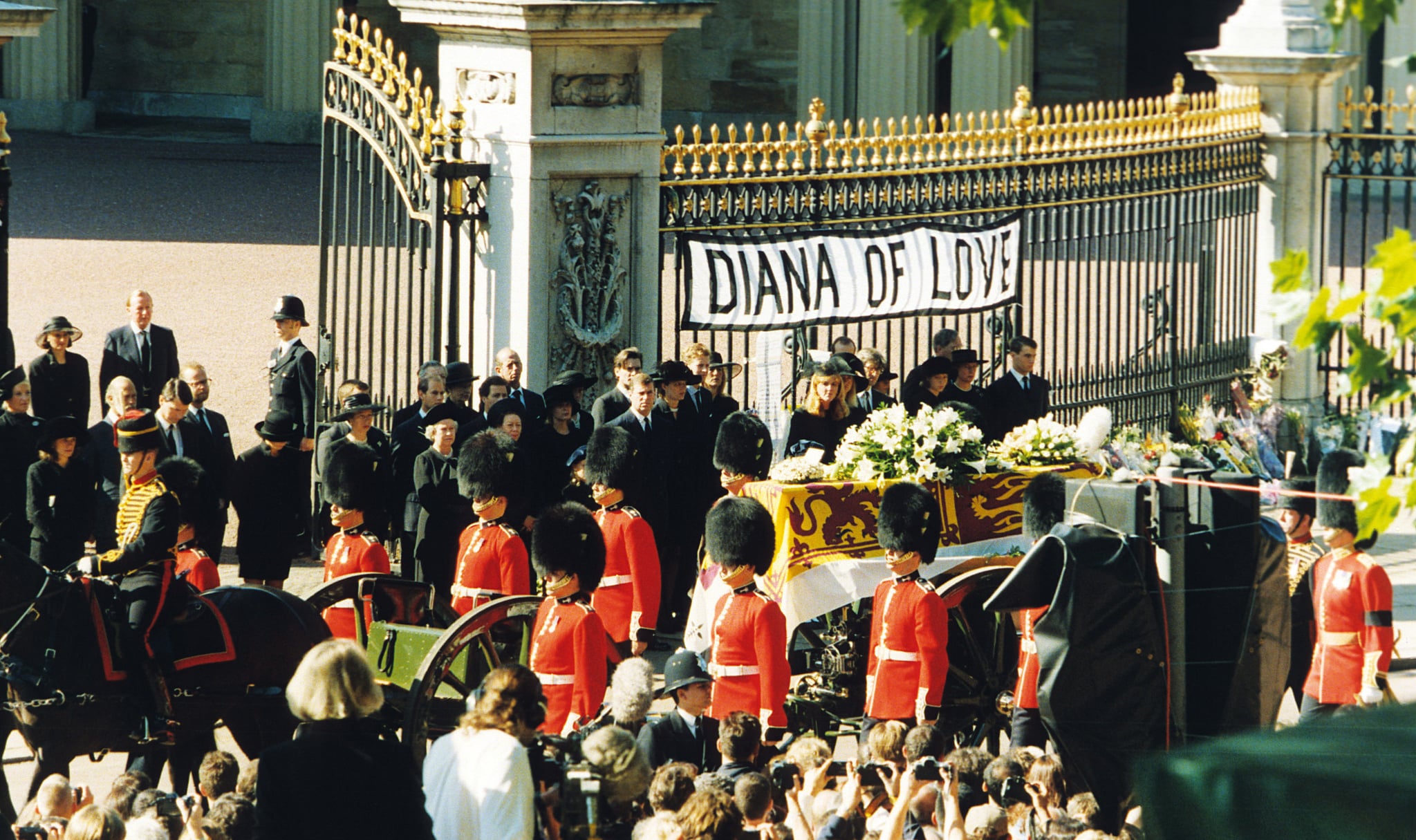 Another hideous 90's offspring was the gentrification of 'cool' and it's associated terminology. Laying the way for todays 'Instagram influencers' and the 'Celebrity Vlogger' were odious handles like 'Cultural Junction-box' and 'Diffusion Culturalist'. Ad men used so-called 'E-soaked visuals' to flog you packets of noodles. Banks quoted rock lyrics. Funfairs became 'worlds'. Pop stars went house hunting and it was front-page news. None of it seemed real and that's because none of it WAS real. Well, not in the sense of it being true or authentic. In the most plastic of decades, we began to see that the truth was unwieldy and unfinished and not beautiful and perfectly made up and dressed. It doesn't lend itself to easy headlines and follow-on history. Perhaps one of the most important things the 90's was about was the search for authenticity. For the real world as opposed to all those Disneyworlds. We began ignoring days out in Ikea and starter home show houses and decided to 'choose life' and it had fuck all to do with that Irvine Welsh book!

We were after something real. But just where would we find it?

The 90's quest for life and some authenticity, coupled with a gradual loss of faith in the capacity of big ideas and beliefs to save our souls led us to make up our own truths and build our own small worlds as best we could. People began to create their own disparate, genuine societies within the larger, uniform, fake one that was on offer. They did it in innumerable, unquantifiable ways. Some started with business, exploiting the early rise of the internet, building companies in the electronic ether. Some constructed alternative, but tangible businesses. Think about the strength and the close-nit support of the gay community, the emergent strength of the pink pound propping up queer enterprise. Glastonbury turned from '3 days of self-expression, peace and love' to almost a private city-state. The rise of 'Ladism' and 'The Ladette' was its own horrid little club for those who wanted to sidestep the thornier issues of masculinity thrown up by these times. The decades of obsession with all things ironic – tongue-in-cheek T-shirt slogans, wink-wink retro humour – created a set of vacuous twats who were linked by nothing but an awful in-joke. We had moved from the age of the in-crowd to the in-on-the-joke crowd.

However, the kick against this was to be found in the freedom of music, as well as drugs. We created worlds where we could escape from these people and their like. Places within places, altered states within an unhinged state, exclusive spaces that cut off the outsiders but united those who visited. These small worlds could seem dark and threatening to the outsiders. Closed off as they were, with their own beliefs, priorities and codes, they were open to misinterpretation. Ignoring society and concentrating on your own interests is often seen as frighteningly cynical. There's plenty of liberal guff about unconcernedness nowadays, and the 90's apathy and apparent lack of passion was even more visible. We were living in the years of boom and bust, we weren't living in the 60's: we no longer believed that we could change the world, overthrow monopolies and governments and established old-boy networks. We were more cynical by now. We knew how things worked. Conspiracy theories proven, adulterous priests outed, sportsmen caught cheating, officials with their knickers down: these didn't shock; they were expected. We weren't surprised that MP's took bribes anymore, but we were happy to see them humiliated when they got caught. 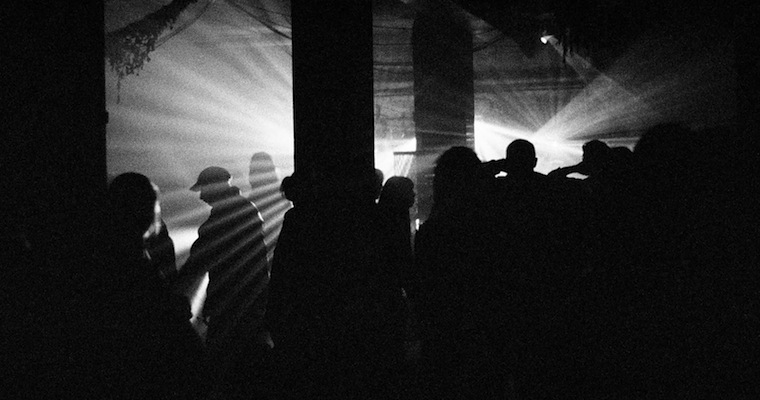 And this brings me neatly (clearly incredibly untidily) to my point. That the best thing that the 90's taught us was a distrust of authority and intolerance of the establishment: everyday attitudes now in these more enlightened times. So is that the nineties lasting legacy?

It might have lacked the big idea and the unifying 70's political activism and ideals, the 80's political attack, but there was still a fever to the decade, it may have been born of ecstatic nights and hilarious days rather than a political union against an injust cause but it was just as explosive. It gave us a fear and loathing of the commonplace. Of course it was still a vacuous and bland time and there was definitely a wanting, a need to believe in something. But in spite of this, we learned to see through society's deceits, the flimsy moral constructs and useless, dated, vile goals. We saw that actually because there was nothing of substance to believe in, that it was all the more important to believe in your friends, your sense of humour, your obsessions, your idea of a good time, your idea of what mattered.

The loved-up, wise-up, messed-up and sped-up decade definitely made its mark. It's cynical optimism permeated through to the new millennium. Both hopeful and hopeless, kitsch and sincere. The nineties show that while the best of a crop may lack conviction, they can still be full of passionate intensity. What follows from them is what they look like.