Italian collective-turned-label Ivreatronic hail from the city of Ivrea in Piedmont. Composed of a range of artists from producers and singers to DJs and sound technicians, they recently put out their their first vinyl release, a four-track EP called Amore Cannibale from psychedelic techno duo Fabio Fabio. Watch the arresting video for the title track below to get a better idea of what they're all about.

Ivreatronic have very kindly put together this guide to their home city. Best known for its massive orange fight carnival, there's clearly something in the water supply that's resulting in this explosion of creativity. Read on below.

Described as “la bella” by Carducci, Ivrea is a little city in Piedmont, Italy surrounded by nature at the base of the Alps, that reflects itself on the river Dora. It's best known for the glorious and visionary Olivetti (Unesco World heritage site this year) and for the historic Battle of the Oranges. But it’s more than just this – currently taking shape is a creature called Ivreatronic; an extravagant factory that connects musicians, producers and graphic designers and is making its way in the artistic Italian landscape.

Woods, rivers, lakes, castles. A magical place which contains the "dancing lands" where, on top of which if you dance, the earth and the plants dance along with you. It’s a territory where once there were witches and strange spirits that presided the bridges. The high terrestrial radioactivity of one of our valleys has allowed the establishment of one of the largest esoteric communities in Italy. Ivrea is at the centre of all this – a place that perpetually swings between past and future. 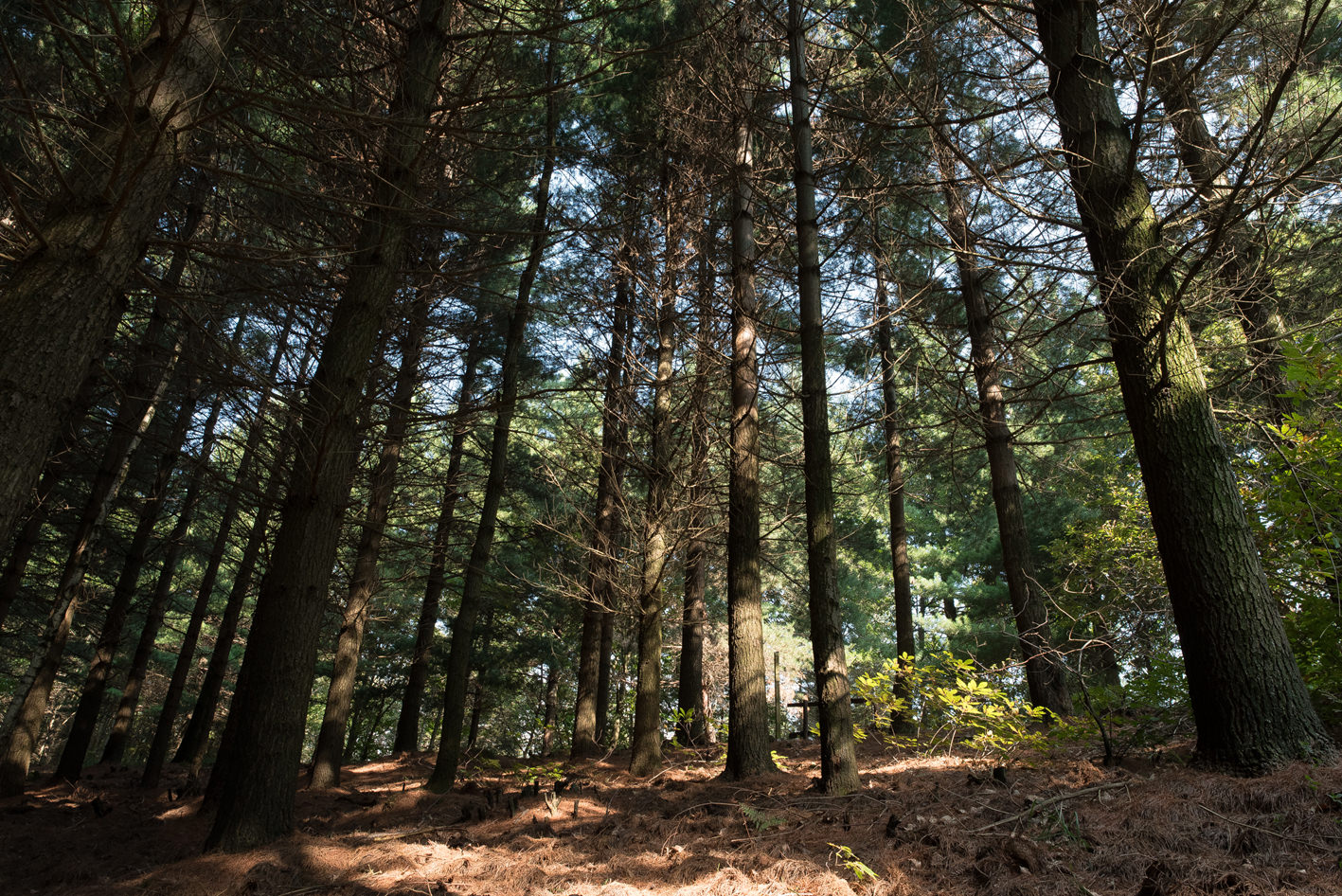 A city of rational architectures, on which gently blows the visionary spirit of Adriano Olivetti, who right here imagined and realized his utopia as a humanist industrialist, made up of extravagant buildings shaped like a typewriter, underground houses, design aesthetics, electronic calculators and computers. 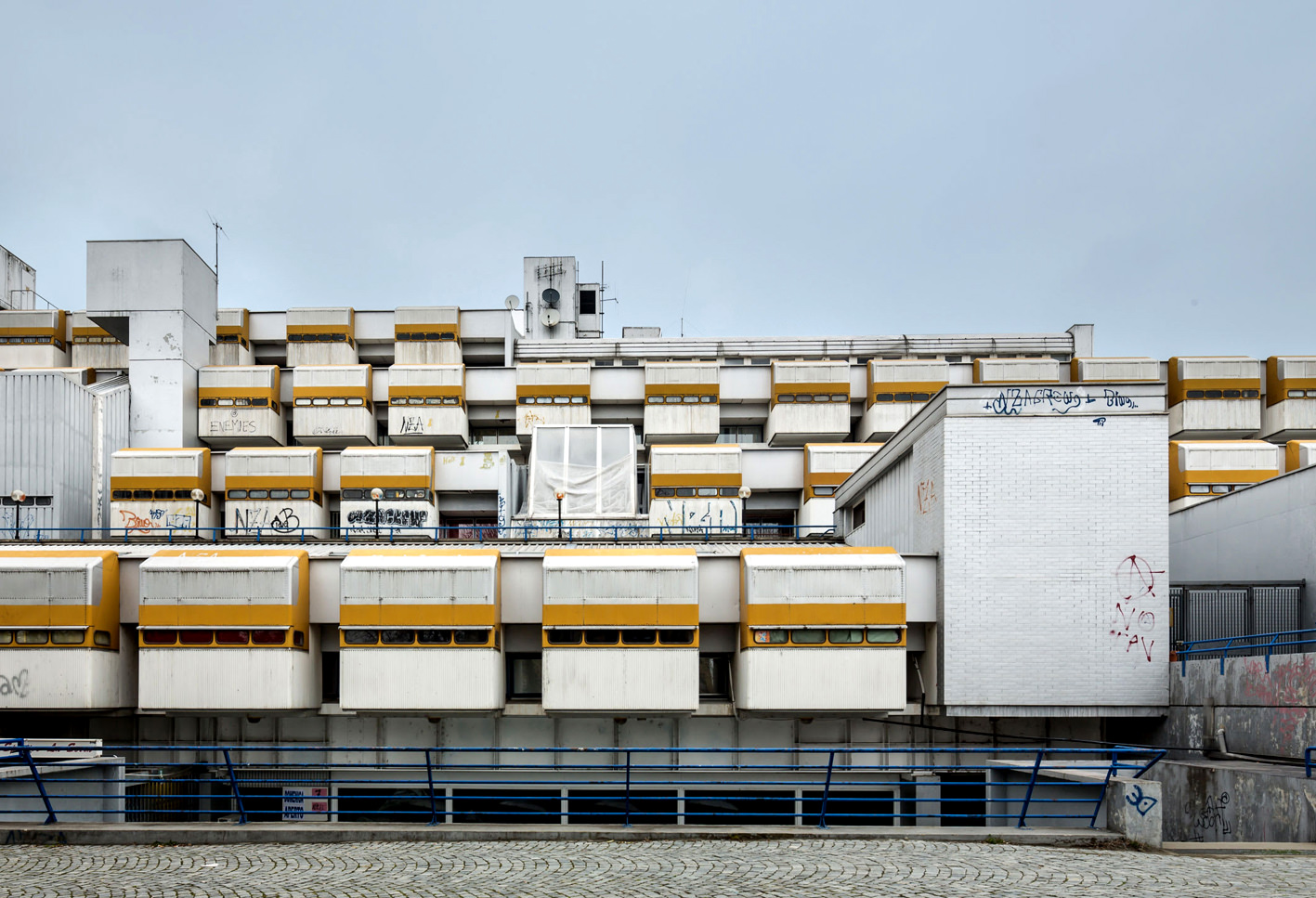 Here, music is a myriad micro individual realities. A sound hive connected of tiny rooms which become recording studios, living rooms full of records and musical instruments, cellars which become clubs, kitchens with the console for vinyls on the sideboard. In this environment Cosmo, Ivreatronic, Enea Pascal, SPLENDORE and Fabio Fabio were born. The curious and unpredictable aspect is that a small and bizarre urban centre like ours has produced a passionate musical attitude and a style that is gaining recognition in the electronic landscape. 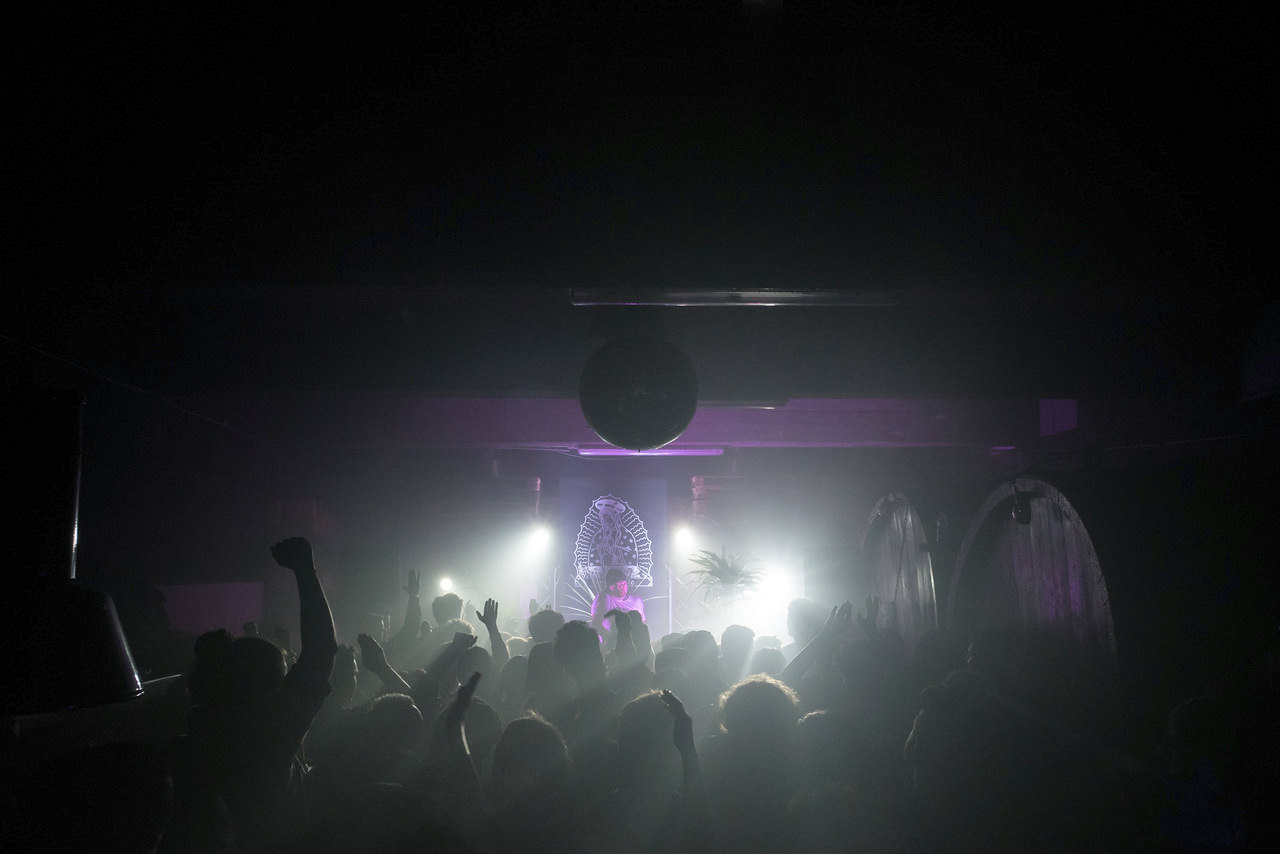 As the son of Calabrian parents who came from the south of Italy to the north in order to work, every year my family and I still make tomato sauce, as a ritual to avoid breaking away from the roots of that ardent homeland. I have involved all my friends and that then naturally turns into an experimental sound event in which, together with the tomatoes, wine and grandma's meatballs, we also mince the music of half the world. I almost forgot, I run a restaurant called Ocio (eye in slang). 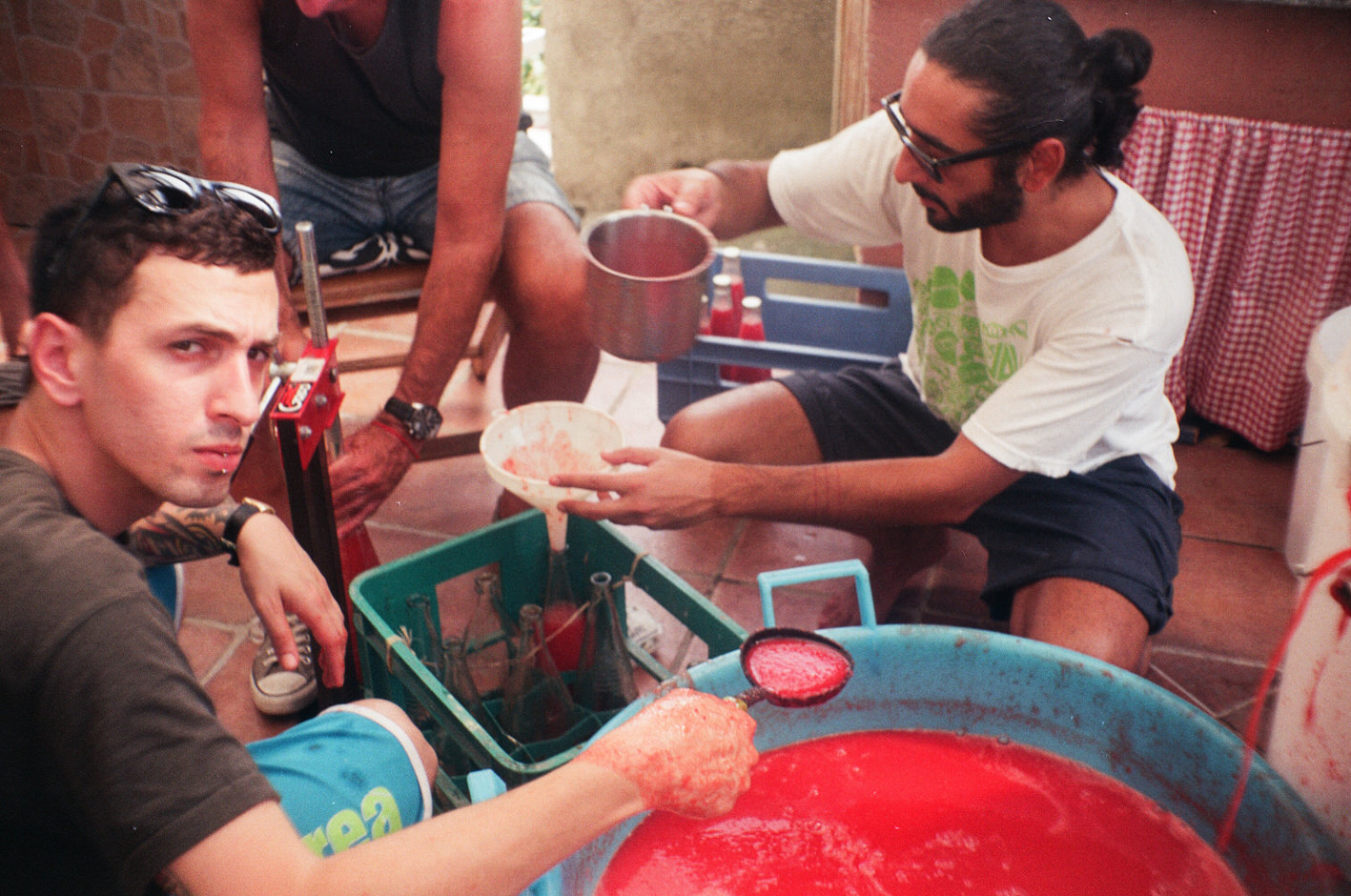 The historical Carnival of Ivrea is world-famous for the spectacular (and for some, the violent) "Battle of the Oranges", but it’s mostly the sacred representation of a popular event: the rebellion against feudalism. In this period Ivrea smells of orange and the legendary melodies of pipes and drums in the air mark the energetic challenge in the districts of the city. Our Carnival is disillusion, days of troubles and freedom in which adults relive another childhood. Since last year Ivreatronic has organized an illegal traveling party in the secret alleys of the city. 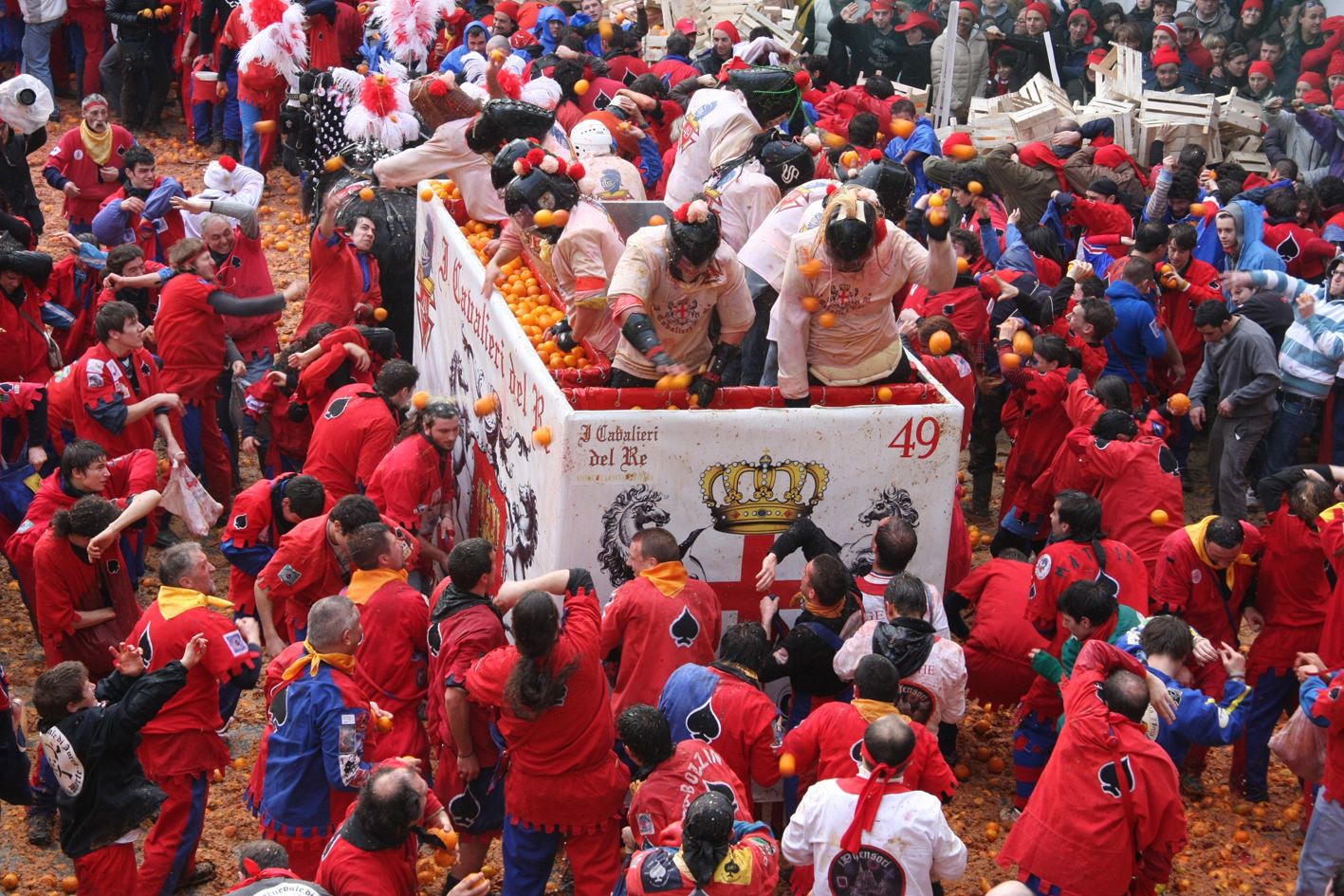 Stay in touch with Ivreatronic on Facebook right here.