Tis the season of the end of year list. Top 10 straight to box set DVDs. Top 1000 digital deep house labels. Etc. We've decided to go for Top 8 Whatevers. The Top 8 things of the year – be them bacon sandwiches; the top 8 times you stubbed your toe against the f*cking boxes full of useless sh*t your girlfriend insists on leaving in the hallway; and so on and so forth. Each week until the new year, we'll be publishing the Top 8s of the various R$N scribes.

First port of call for me regarding Dean Blunts material this year was the review coverage. From a certain publications accusations of slapdash, half-cooked insincerity to anothers aridly dry theoretical appraisals, I realised that my opinions (or what I felt) didnt exactly align with these critical standpoints. These assessments didnt feel like personal investments, and with this material a reasonable and objective detachment didnt feel right, at least for me.

I saw in both releases vengeful intent and resolute flexing in warding off regrets, moving on. With frequently unsentimental, prosaic lyricism and a hyper, collagic approach to sampling* though, any straight consistency felt skewed.

A conventional confessional streak is adopted across much of The Redeemer and Stone Island, but its potential for recovery or something progressive to that end is scattered, never settled and any form of comfort in the dejection becomes inadequate. And thats what kept me endlessly and endlessly revisiting. Theres moments where what seems the initial intent, some inherited, often clichd idea of revenge, or pride is splintered. Exhibitions of stability, strength and endurance which plaintively become descents and relapses, borne out of ruminations on a connection lost; an indication of tragic volatility and capriciousness.

The critical focus seemed to fall on whether or not Blunt was fucking around or not, slyly undermining sincerity and artistry, encouraging reams of theories and analysis. This became beside the point for me. Throughout The Redeemer and Stone Island I got the schizo-about turns, the deviations, the incoherent protests, embittered invective, humble regret, touchingly pointless devotion and everything else that arises post-romance. The tone was one of disconnection, something increasingly congruous with now. Both of these releases incisively captured that confusion for me. If that was what Blunt meant Im not sure. All I know is I couldnt review either release. I valued them too much.

*(be it smashed windows, car alarms, Stravinsky, Pentangle, K-Ci & Jojo, or the sound of waves lapping the shore)

The Young Cutting Loose Crater Eyes, the Steam Room and the KVB/DVA

Golden Teacher live I first encountered them via Dante and Pilgrim, a track which had such an immediate chemical effect after listening that the upsurge in my nerves and oxygen prompted a desire to writhe, wheeze and pogo like one of those kids you see on old punk documentaries trying not to be irremediably overwhelmed by the enormity of what theyre hearing, whilst they strain in effort to not be crushed by the drown of the melee. The same image applied here. Translated live, it sounded anarchic. As did the dancehall-psych of Like a Hawk. The mass congregated, jostled, shoved and lunged, the temperature soared and the walls subsequently sweated. I remained fixed in a fugue state constituted by awkwardly angular bodily reactions and a distinctly camp kind of headbanging. The place became a steam room; the best I saw all year.

Fat White Family live some of their demeanours gaunt and emaciated, others madly adrenalized, a guitarist with craters for eyes, a toxic, reeking aura and a confrontational, delinquent bedlam. I drank overpriced beer and threw myself around. The snarling, puerile remedy to the often safe, sycophantic, endorsement-obsessed new bands that adorn the standard rags more concerned with their sartorial trim, the profundity of their press-shot stare and bullshit nods from the Mercury prize. I can still smell Fat Whites foul odour through all the pristine tripe. The KVB Nicholas Wood and Kat Day as Klaus Von Barrel have released two LPs in 2013, had the honour of Regis and Silent Servant reinterpreting their work and refined a sound that deploys virulent washes of distortion and cold synths which cut like spikes into a backbone of indefatigable bass rhythms and propulsive percussive programming in the motorik mode. Theres every indication of edification courtesy of Factory Records, and Nuggets, but theres a pluralistic nous that supplants these hallmarks and encourages a complimentary, manic kind of swirl which surges; wringing out sounds from a plethora of influences (kraut, dub, noise, coldwave, synthpunk). The metronomic mettle is built upon by saturations of reverb, warehouse clangour, and vocals which are downcast, disaffectedly enunciated but coolly controlled considering all the feverish noise conjured. They proved an ideal and prolific companion all year.

DVA Damas Comprised of Taylor Burch and Joe Cocherell, DVA Damas inaugurated the Downwards America imprint (vehicle of Juan Mendez of Sandwell District & Silent Servant fame) this year with Nightshade. Burch could just as easily be taken as the lead in a modern Italian giallo, if her stoic blankness at Boiler Room is anything to go by. Registered through piercing stare in sharp contrast with wiry hair, her stage manner is an appropriate leeway into the atmosphere of Nightshade. Theres no indulgency, no ceremony, no accommodating relief. Over 8 tracks, crisp, bludgeoning percussive pelts, composed vocal mordancy and minimal twangs of guitars in a collisional pitch between a Western and a Noir drive a concise menace. In the surround theres something of a malevolent slither and twisted grin by way of rasping croaks and whispering creaks, additions which further furnish the fierce creep of the foreground. The unrelenting mood established by these elements transfixes; something which is strengthened by the whirring, shuddering segues which bridge it all and function as deceleration and acceleration in a constant, consuming possession. 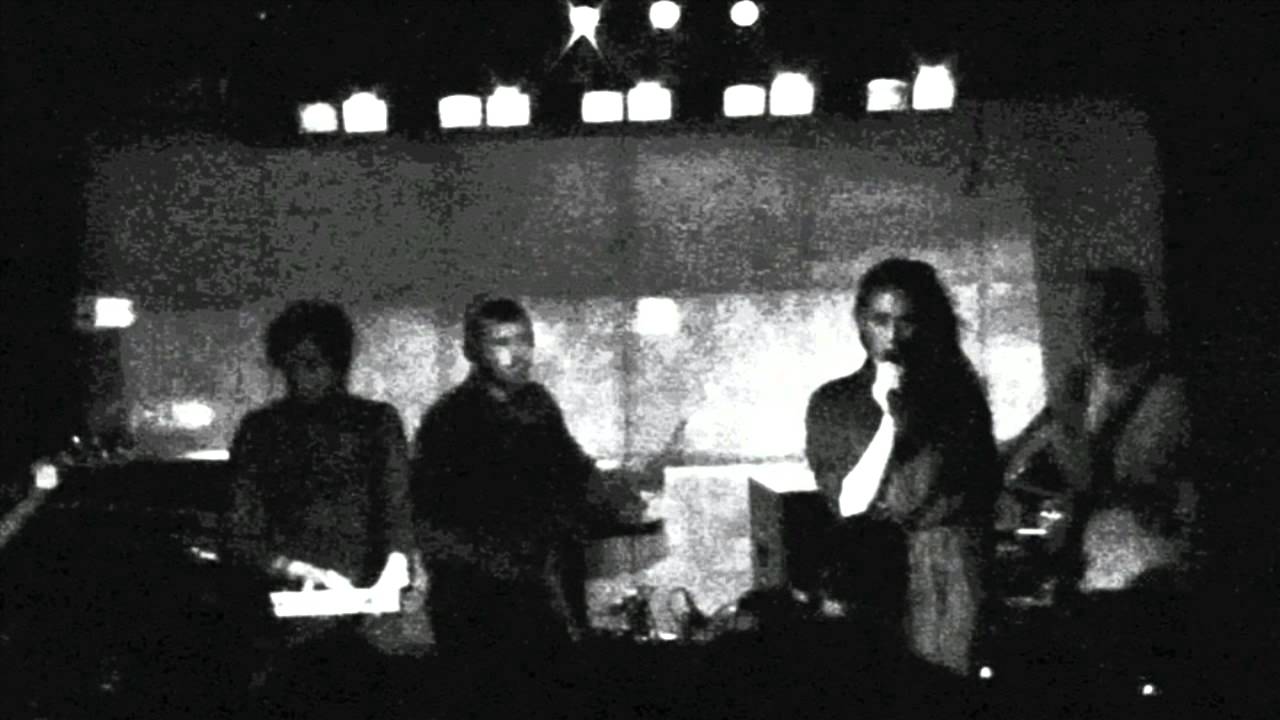 Lydia Tomkiw becomes more interesting the more you read about her. Featured in numerous, prestigious anthologies (including one edited by John Ashbery) and part of a healthy poetry scene in 80s Chicago, Tomkiws dark, unflinching candour and surrealistic spoken word eventually found embellishment through the counterpoint of husband Don Hedekers spartan rasps of guitar and the rigid, synthetic anchor of crude, hissing drum machines a la Martin Rev. Tomkiv emits supremely detached and deadpan phrases which reflect the unpredictable, complex detours of psyche and reality. Her words shimmer in their antirational distortions of normality. Here are some of Tomkiws choice observations: anaemic embrace, electric, anaesthetic, and that mad shine is drilled into the moon, dog-collared loneliness, we could be chainsaws under the stars, the day reclines and falls asleep.

And a personal favourite in full:

Not afterglow, but overglow. Not moonlight, but spotlight.

The crooning has grown cold, while I have shrunken in my old age and gone soft all over.

Give me the morphine sleep I crave, that slap in the face for hysteria.

Replace my bones with plastic joints; remove my breasts so I can slip through gates.

Give me knees so weak I have to roll and boys that make suicide impossible.

I don't want to have to go out in peace. No talking, no snoring, no dreaming.

And my lungs collapsing in unison.

Algebra Suicide garnered acclaim, supported John Cale and Tomkiw was at one point designated the female Lou Reed, but the latter laudation does a disservice to Tomkiw, estimating as it does her worth only in reductive comparison to another (albeit a favourable one) Her command of words, in her use of sound and form, and her peculiar juxtapositions, personifications and utilizations of all manners of device in her work should give her a posthumous flood of appreciation all her own. I began my own path to adoration this year, thanks to this compilation reissue released by Dark Entries.

A project conceived around the husky sensuality intoned from Stephanie Lange and Claudia Hassfield, who were brought together by Ralph Von Richtoven, a DJ and prominent mainstay in the early 80s Bremen scene. Their uncompromising diva nonchalance recalls Grace Jones in attitude, but their German descent prompts an elicitation of Nico at the disco. Singularly that cold kind of seduction sounds appealing but add Dennis Bovell on production duties in Kraftwerks Cologne studio with musicians recruited from the local Turkish communist party, a belly dancer on backing vocals, and an erratic A & R man prone to ploughing money into projects, and you have an irresistible potentiality.

Unfortunately aforementioned A & R man lost the project favour with EMI, promotional funding was completely cut and the output (created between 1982 and 1985) faded into obscurity, save some cult status in the Balearic scene. Thankfully Captured Tracks through the curation of Andy Grier (Thieves of Us) rectified the cruel fate that beset Saada Bonaire, and assembled the terrific embers of the bands material. As to be expected, considering Dennis Bovells involvement, theres a heavy dose of dub that drives proceedings, but there are licks and noodling which arise (Bovell learnt the instrumentation of Turkish and Kurdish musicians after difficulties in language translations and harmonic transposition) heightening the drama with flourishes which feel sometimes African, sometimes Oriental and sometimes Arabian in nature and origin. The gloss of disco tempered by funk then adventitiously broadened, evoking more distant, extensive regions than the discothque. The sultry exoticism is augmented further by the intermediary variance of Richard Stevens percussion (Bovells drummer), which has prompted me to ceaselessly isolate the slightest beats, clicks, and rattles in bouts of tragic fanaticism. Such a find. They should have had it all.

Endearingly bucolic and tranquil accordion-led Ethiopian blues ballads filtered through Rhodes pianos, a Moog synthesizer and a drum machine. The traditional, folkloric foreground is incredibly well subsumed into the modern technologies and sonics that Mergia had to hand. In some of the uncanny, locked grooves inevitable comparisons to Mulatu Astatke (who Mergia has collaborated with) will be drawn but Mergias sound is his own; an ambitious teleportation of the old and rustic to the new and processed. Hailu Mergia initially created them purely for personal listening rather than concerted ambition and the humble, natural intent of his endeavour is exuded throughout. Considering Mergias status as a prominent veteran in the Ethiopian golden age of the 70s as the leader of the Walias band, that modesty and genuine devotion is admirable. Originally released on cassette in 1985, HM and his Classical Instrument became a surprise hit in Mergias native Ethiopia and its wider rerelease has reignited fervour for his material, culminating in live performances in America. Out of any music released this year, this surely has better claim than most to the notion that this is something unique. Ive never heard anything quite like it. You can only hope labels like ATFA and Sublime Frequencies continue to uncover contemporary and bygone wonders like this. 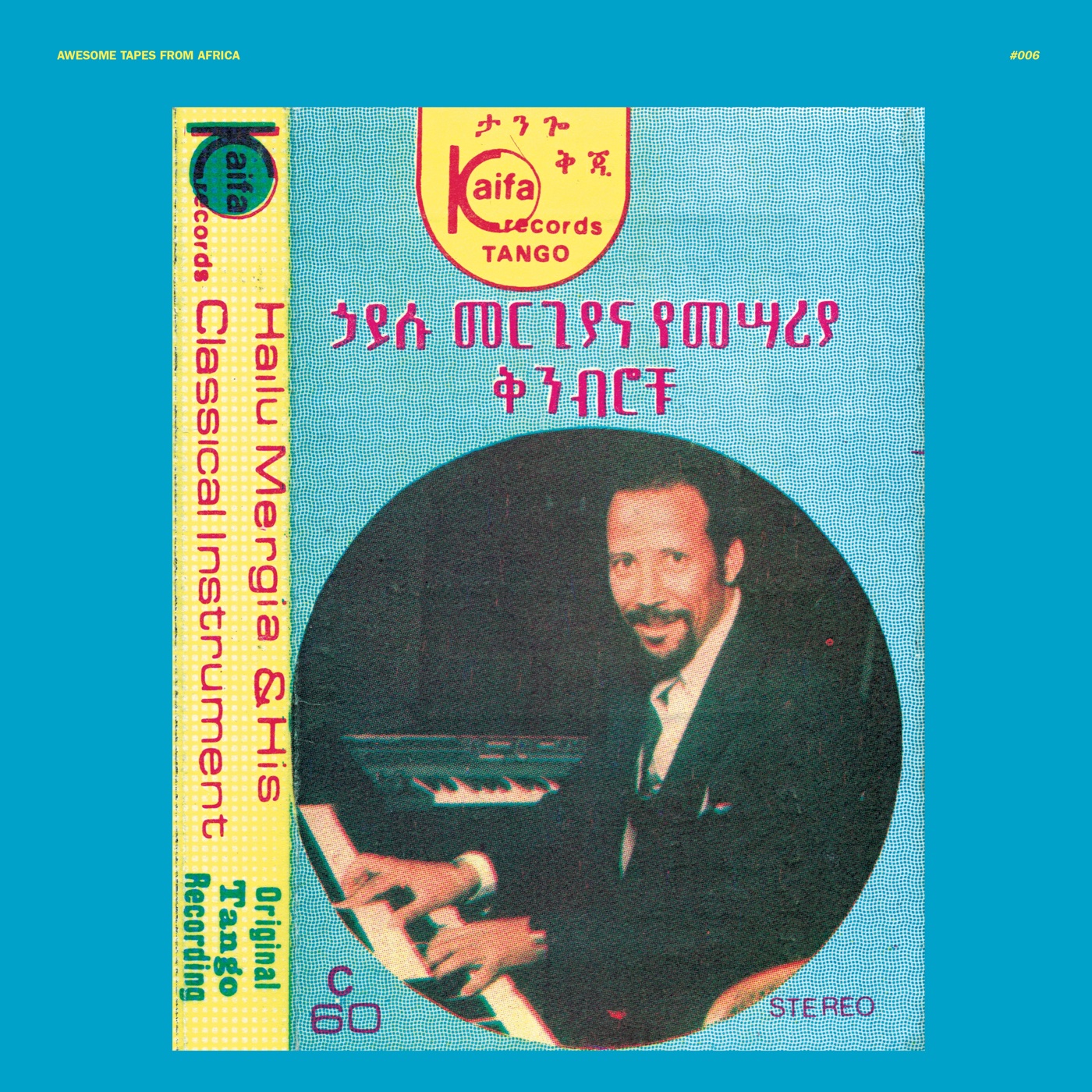 Dirty Beaches Drifters/Love is the Devil

These New Puritans Field of Reeds

Cindytalk A Life is Everywhere

The incessancy of Numero Group, Soul Jazz and Soundway.

The continued enterprise of Blackest Ever Black, and Powell/Diagonal Records.