Bored minds in pandemic times are often found exploring an expanse of new opportunities. Day-by-day or hour-by-hour, personal experience and skills are mentally melted down into fresh aspirations. Catching and nurturing those fleeting dreams is a rare thing. DJ, producer and now debuting author John J Shepheard, has made just that catch. He even pre-empted the COVID shutdown.

Shepheard’s journey to becoming a published author reaches its first major milestone this spring as he self-publishes his debut novel The Times. The book is a rapid-fire piece of cult fiction that delves through music industry nostalgia from the 90s to today – as well as projecting into the beyond. Effortlessly laugh-out-loud funny yet intimately introspective, it is an impressive addition to an already enviable CV.

For those of us embroiled in music to those with just a passing interest, it is the strength and range of the characters that stand out and make it an instantly gripping and relatable read. Even for those less involved in the subject matter there is enough to propel the The Times beyond a hot take on music to make it a serious read.

Behind the book’s inception were many personal challenges for the Berlin-based-creative, as well as one traumatic event that brought him to a complete halt a full year before the rest of the world experienced lockdown.

After touring for over fifteen years, with his run in music reaching its natural resolution, Shepheard was already approaching more than one cross roads in his life before disaster struck.

In late 2018 an aggressive bout of meningitis left him in an induced coma for three days. Stranded without full vision and coordination for months afterwards, an intense period of reflection during his recovery primed him for a prolific exploration of a life long desire to write once he regained his senses.

During a year-long rehabilitation, writing became a joyous beacon amidst further turbulent personal events. At first purely for fun and with no intention to publish, a manuscript emerged of what was to become his debut novel, The Times.

It didn’t take long before Shepheard knew he had to get it out there. Shopping his work around to literary agents, he came up against hurdles that should be familiar to many in creative spheres. The Times did not conform to their requirements for a typical debut novel. It was around 4 times too long and its narrative structure, which frequently jumps back and forth in time, meant they were unwilling to take a chance on the rookie author. All felt drawn to his strong voice but none would take a chance on his talent. 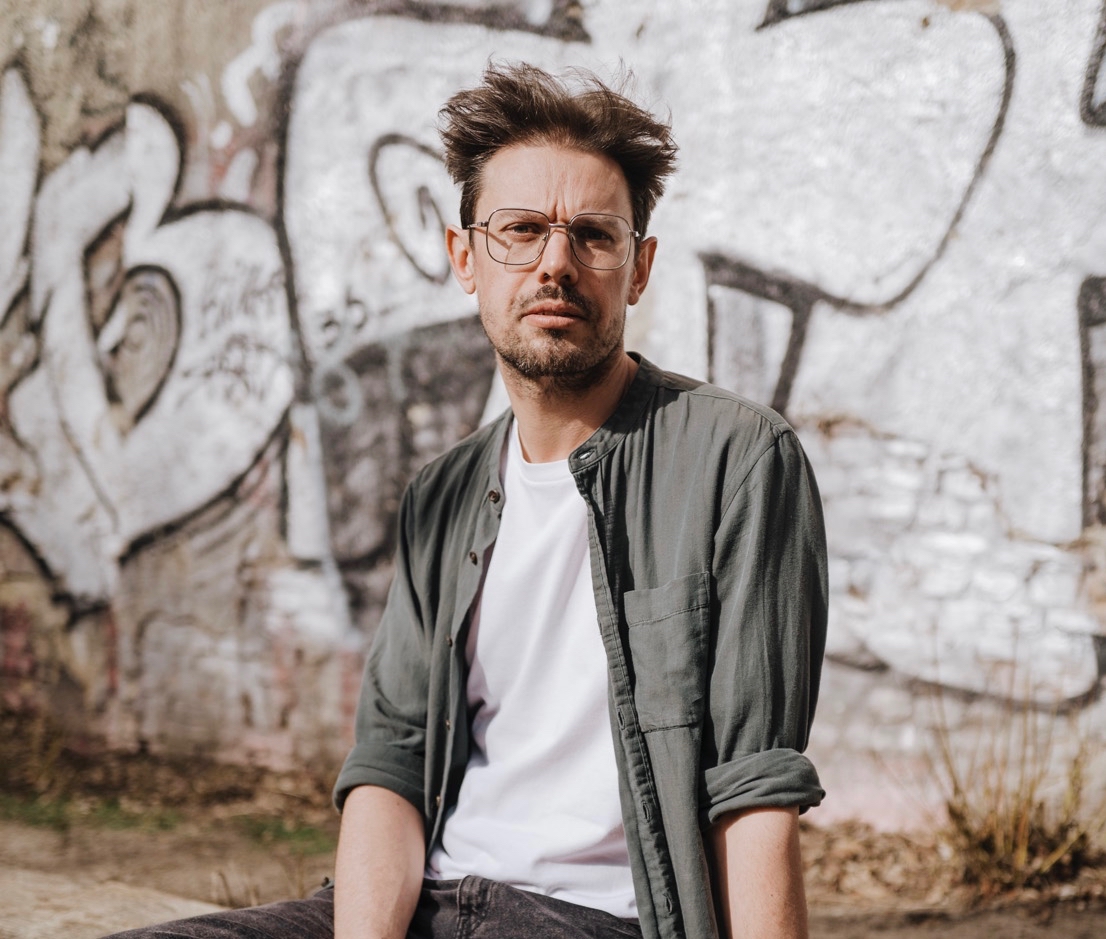 Faced with obscurity at worst, the then full time touring DJ decided to strike out as an independent. This was not his first time. Just as with his label Retrofit at the turn of the last decade, Shepheard decided to create Fifty Seven Publishing, from his Berlin home to self-release his debut novel.

Readers will dive right into a narrative which unfolds and flits butterfly like over a 20-year timeline. Thanks to the author’s pacey, incisive writing style, they are soon fully immersed in the ascent and subsequent descent of a late 90s rave band and its respective members.

Closest influences would be Irvine Welsh, although the sheer number of theme’s in The Times leaves work like Trainspotting looking a little monotone. If Trainspotting is a best selling, now classic post punk album on vinyl, then The Times is a Spotify playlist spanning various electronic genres, bulging with tunes, some newbies you were always waiting for and some classics you missed.

Freed from the constraints of a publisher’s expectations, Shepheard was able to turn up the volume in many scenes in The Times. He was free to explore the more extreme aspects of parenthood and touring DJ life, many of which he can draw on direct and intimate experience of. This freedom is palpable for the reader, as is the fun the author had crafting his debut.

From narcotic addled mucous spattered on a hotel ceiling, via raucous, vacuous afterparties punctuated by pensioners with firearms, to the exploding bowels of a two year old in the cramped space of a budget airline toilet, the book doesn’t hold back. These events occur in chapters two and three as the book quickly finds its rhythm.

This is in stark contrast to the first chapter, a tender exploration of a father’s desire to reconnect with the life of a daughter he was denied.

What follows is an engaging, introspective, exuberant trip through wild fame and fortune to the expectations and disappointments of middle age. The reader should be left in no doubt as to the authenticity of each scene, any of which could have been road-tested during John’s life as a DJ, parent and keen observer of the chaos that humanity apparently covets. 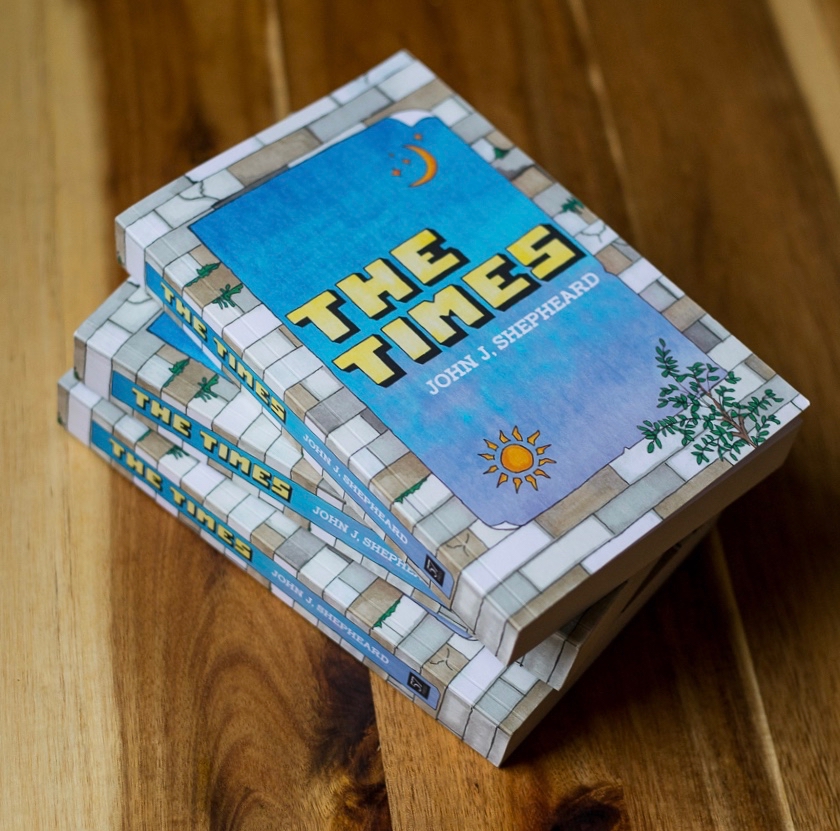 By the author’s own admission, the five main characters, Rowan, Constantine, Jim, Ellis and Charlie each represent a different aspect of his personality, each explore their own arc. Rowan battles addiction, Constantine privilege. The reader will follow Jim on a psychedelic exploration, Ellis traversing parenthood and Charlie attempting to balance failing relationship dynamics with career turbulence.

Family resilience, technology, spirituality, consumerism and dystopian futures are just some of the themes intertwined around the characters to bring life to the more mundane aspects of their interpersonal relationships. Through prisms of young or old, male or female, the book sheds fresh light on these themes as well as illuminating nooks and crannies that may not normally go unseen.

The Times’ frequent jumps forward and backwards in time neatly give perspective on success and failure. The seeds of character’s downfall are planted in their past and reaped a few pages or chapters later as they battle through life in the present day. The small hits of dopamine from this tension/release method is as addictive as watching your Instagram likes total up.

The narrative is helpfully sign posted in time by laser focused pop-culture references. Although there is no actual reference to time, technological (Motorola phones, the first iPhone), musical (House Of Jealous Lovers by The Rapture) to cultural (the rise of wellness and manufactured DJ talent) guide the reader, even giving it a feel of a “choose your own ending” book (remember them?).

The Times is a highly involving – and strangely interactive – novel that you can whip through in a beach holiday. It is cathartic. Those who have experienced the highs, the highs and the lows of the music industry can embrace the novel with as a comfort that they weren’t alone in the madness. As can anyone who can see the funny side of life’s little complications.

Now involved in promoting the book, Shepheard is itching to get back to the writing process and feels there is more to come. He says his next effort will be shorter and chronological. In the meantime we have The Times to enjoy, the product of traumatic events and climactic junctures in life’s journey. 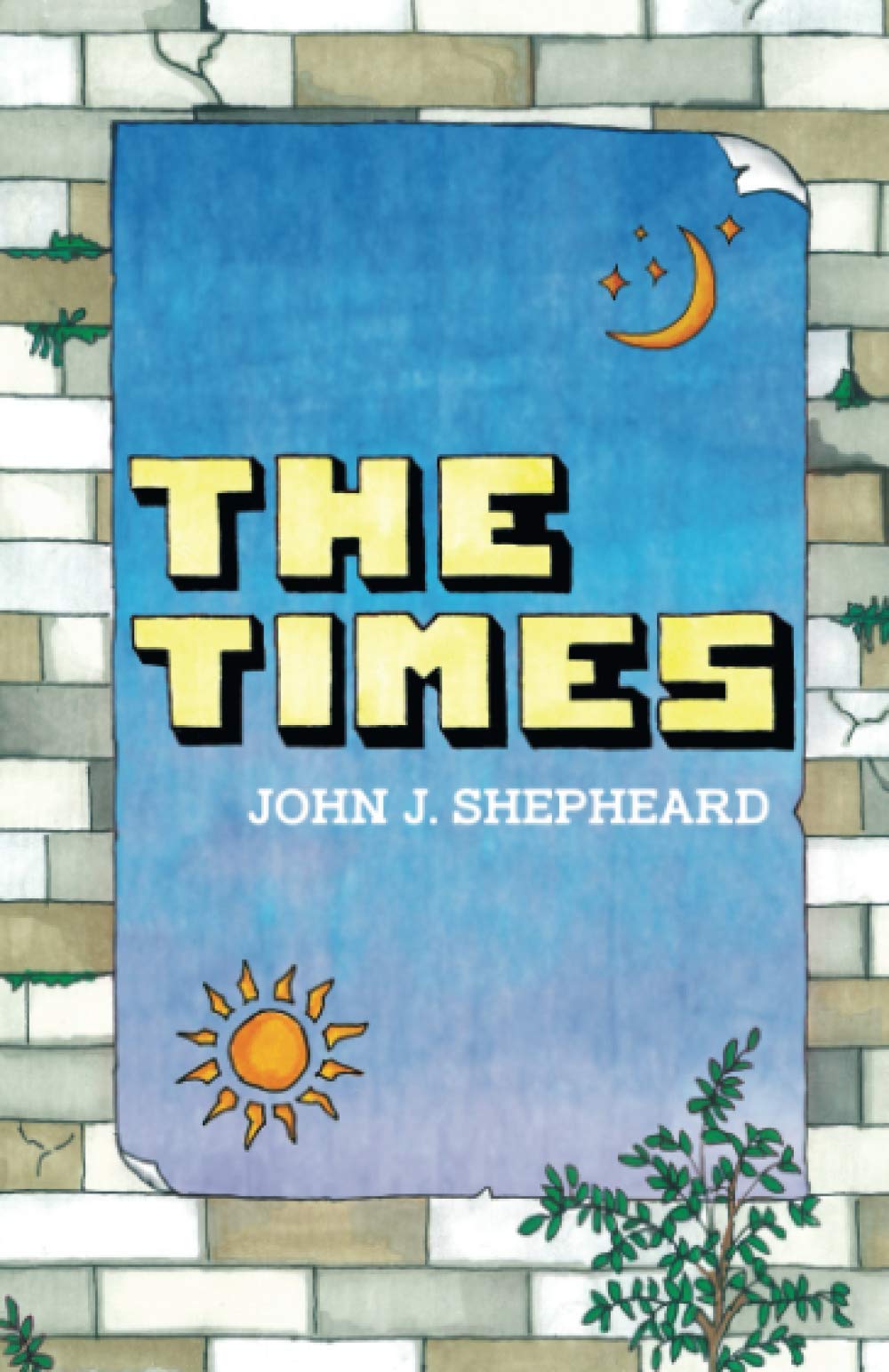