Opashona Ghosh is an Indian born artist that is making waves in the London dance scene with her simple yet strikingly colourful designs for rave flyers, zines and sleeve artwork for artists like Hannah Holland and Leo Luchini.

Describing her work, rather superbly I might prefix, as ‘cocoa butter propaganda empowering queer femininity in an acid rave palette’, the 30 year old artist swapped being the self anointed ‘odd ball of Calcutta’ for Hackney Wick as recently as 2012, when she studied graphic design at Central Saint Martins.

Describing herself as a ‘late bloomer’, she claims that life only really began for her at 27, when she was ‘braised’, or burnt to the ground and raised again, in the sweaty confines of London’s best dance-floors. Whatever the case may be, her art is absolutely class, so I thought I’d sit down with her and have a chat about how London nightlife has influenced her eye-catching designs. 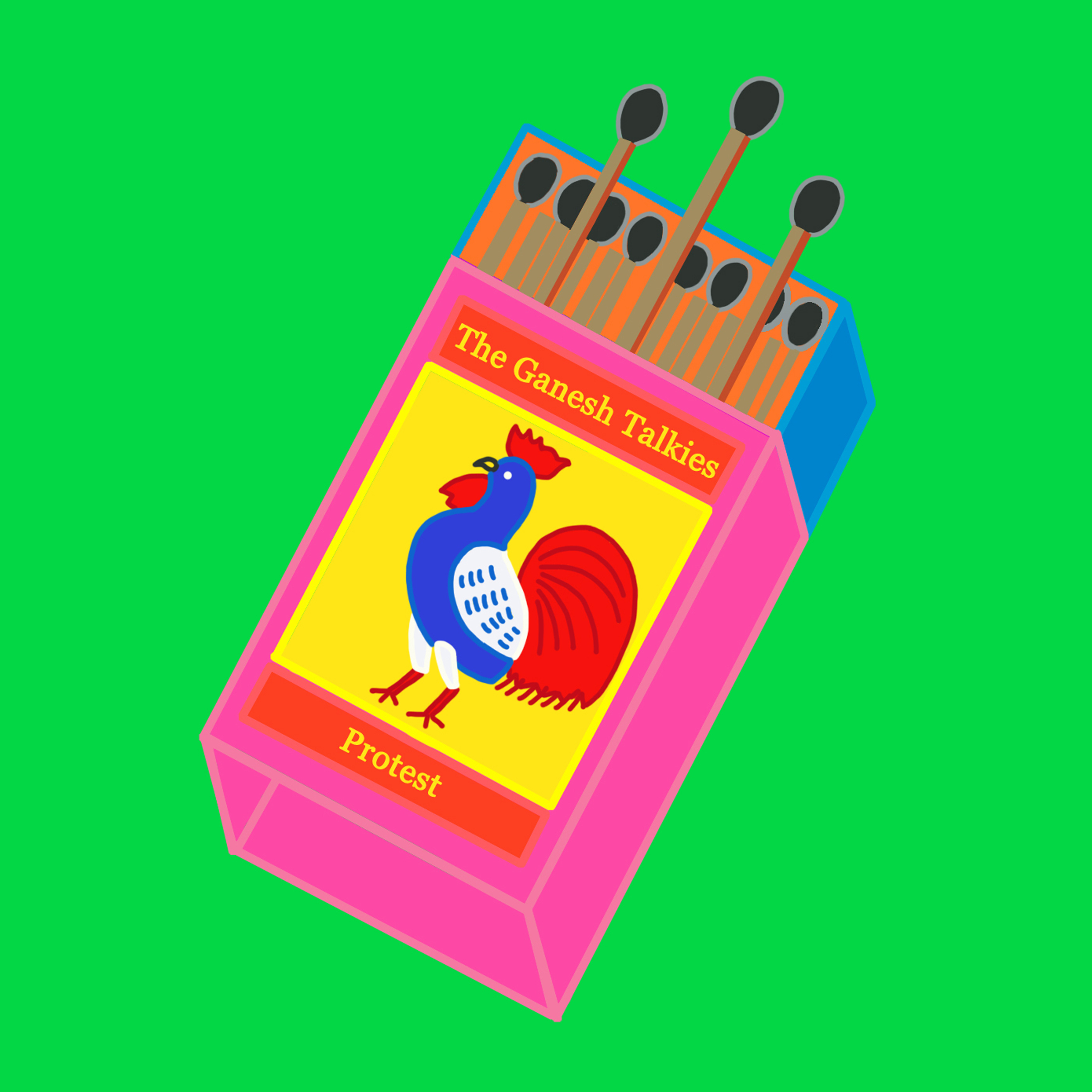 Hi Opashona, so introduce yourself for people that may not know of you.

Well, I am a little human who was born in India but ‘braised’ in Hackney.  I became an illustrator on the dancefloor of 'World Unknown' a few years back now. I draw my anxieties in rainbow colours to confuse people.

Can you explain about the ‘braised’ thing please?

It was the opposite of culture shock. Found people too intensely kind, caring and loving. India kind of makes you hard and you always put a very strong front especially as a woman. London just stripped me off all funny pretence.

So how did you get into illustrating, and rave flyers specifically?

I got into flyers kind of because I love dancing, it found me. The people I work with represent some sort of soft inclusive spaces or pockets around the city where it's only about excellent music and beautiful dancers. It's a very important time for dance and dancers. Feels authentic to work with them. And also it’s lad-free.

Who are the people you work with? And what’s wrong with lads?! When I say ‘lads’ I mean overwhelming alpha men bobbing around the dancefloor looking to hook up all night…that can be annoying.

I work regularly with my friend Ben Assiter for his night ‘BEAM-ING’, ‘SIREN’, an all female techno collective and ‘inner u’ – they call themselves the dress up queer techno crew. There is a semi consistent queer tone to my stuff and parties I work with.

Fair play, those guys are ace. So what kinda dance music are you loving at the moment?

Umm.. well, techno…acidy dark industrial…almost all my music comes from Scientific, Dreams of U, Mr Assister and Andy Blake mixes. Lena Willikens and Black Merlin are everything right now.

So you mentioned there is a consistent queer tone to your work, what else influences your illustrations?

My approach to rave flyers – think ‘everybody's a little gay and it keeps the lads away". 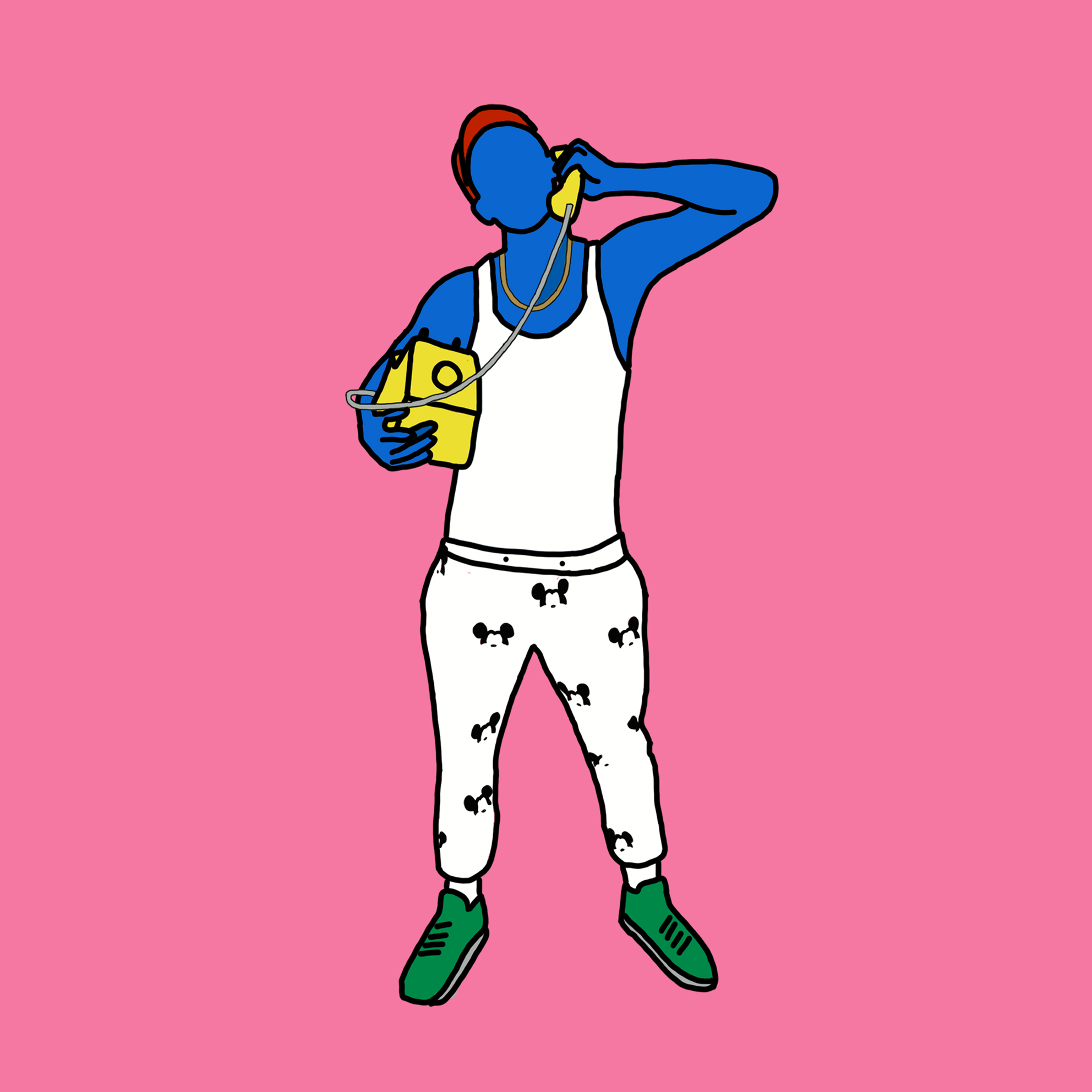 Can I talk about drugs? Is that allowed?

OK great. Well…our drugs have changed. Every generation has a specific design that kind of goes with the drugs that they were largely taking. I wanted to make flyers easy, human and vulnerable by using friendly patches of solid colours in some sort of human form designed to make people smile through the worst of K-holes.

Also, I love esoteric meditative mumbo jumbo because it's all real but thought it's time to change how we see that too…

How do you mean?

So I was a graphic design student when I was in London. And most rave posters stress too much on 3D rendered shapes and fancy fonts…they feel so distant and ‘too cool’…I felt too under dressed to go to these parties. So I wanted to combine the meditative, esoteric humanness but not to intimidate but to seduce them to the dancefloor.

An exception to the colour thing is my work with SIREN, as its all black and white. But I think it's one of my most vulnerable pieces of work. I go full on fulfilling my personal queer fantasies with them. So – it's either over use of pink OR slimy black and white half animal half female figurines – both still keeping the lads away. 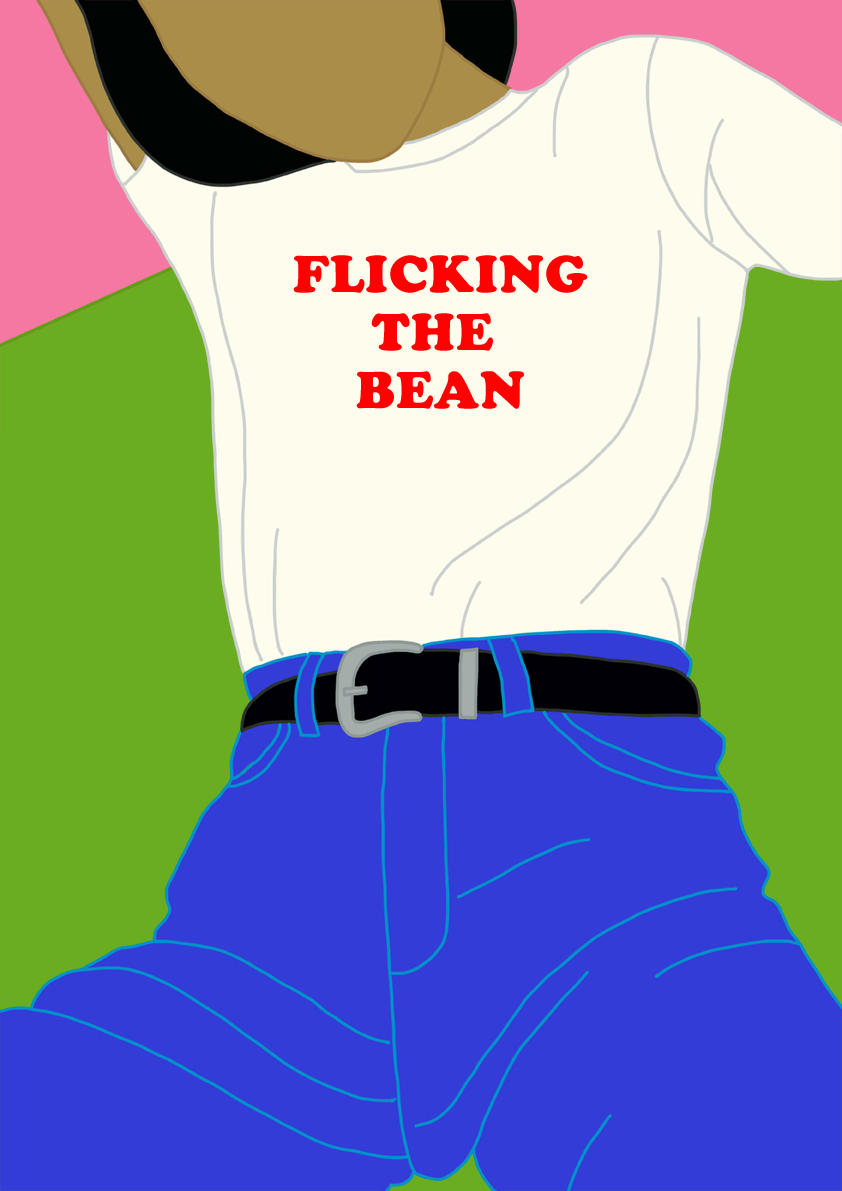 How do you feel about gay culture in modern day London?

Oh there are so many kinds of them. I prefer to go to places where the night is not especially defined like that, I don't like extremes. I feel like there are lots of parties that embrace and accommodate people of all kinds and often they are the best. But when I feel especially naughty I go to KAOS.

It’s at Electrowerkz monthly. Excellent for dancing and watching dancers.

Nice. OK lastly, what’s your plan for the future?

Well currently I’m looking into moving to Berlin – starting working with a radio show called Expatriarch and sometime in the future with 'Room 4 Resistance'. Generally I want to explore more possibilities in dance, shapes, feelings, colours, strokes…I don't want to be defined by illustration in my exploration of dance and dance culture. I can see mixed media stuff happening too as an artist.

Like how, maybe a move into animation or video?

Yup, exactly. Not 3D mapping on DJs or shit like that though! I find those gimmicks painfully distracting. But animation is the best trip.