The bank holiday always promises something out of the ordinary – everyone’s gearing up to party all the way through to Monday without the dread of the return to work looming upon us until Tuesday. It’s always a gold mine for day festivals and extended events traversing the day and night portions of the day; GALA like many others have jumped on this national holiday bandwagon in recent years. Now celebrating their 3rd year on the trot in the capital’s dance music scene, the South London party decided to swap out the usual Brockwell Park for Peckham Rye Park as May’s second offering of a bank holiday came around. There was worry of rather shitty weather on the horizon as many frantically checked the phones throughout the week, with what appeared to be a mixture of grey clouds, rain and lightning bolt icons appearing on all sorts of weather apps on the latter half of the weekend. Never have we been so happy to see the weather forecast be completely wrong though…

There were no worries on the line-up front, with the likes of Norman Jay, Midland, Mr Scruff, Horse Meat Disco and Derrick Carter setting up for what on paper seemed like a quality day ahead. Of course, this is nothing out of the ordinary, London is a mixing pot for these sorts of events boasting all manner of impressive line-ups. It hasn’t always been pulled off magnificently well though, as noise restrictions and curfews often taint the party atmosphere across several park venues over the years. Peckham Rye Park provided the stage this weekend though, and with the weather being on top form the bank holiday was shaping up nicely.

We were treated to 3 stages that each exerted a certain individuality to them, giving a sound amount of variation as the day progressed and the inevitable urge to change scenery ensued. It was refreshing to see that the 3 stages were not squeezed into a space barely big enough for one reasonably sized main stage, instead the organisers had been sensible with the space and ensured that they were laid out in a way which would not compromise the quality and experience of the festival.

Whilst there’s always some deliberation on where to start when you walk into an event of this size, the Rhythm Section tent was definitely the place to be in the afternoon. Chaos in the CBD got the day up to standard around the 5pm mark, with their infectious blend of shuffling house and disco getting those fists pumping and coercing the welcome sound of crowd satisfaction echoing around the park. Whilst we were promised what some were labelling as a ‘tropical storm’, the Australian duo were bashing out house stompers that were basking in probably the hottest day of the year so far. As the likes of ‘Gigolo’s Anthem’ by Gigolo Supreme started raising the roof on the Rhythm Section tent late afternoon no cloud was in sight, and anyone who had been ‘sensible’ enough to bring a raincoat had it firmly wrapped around their waist at this point. 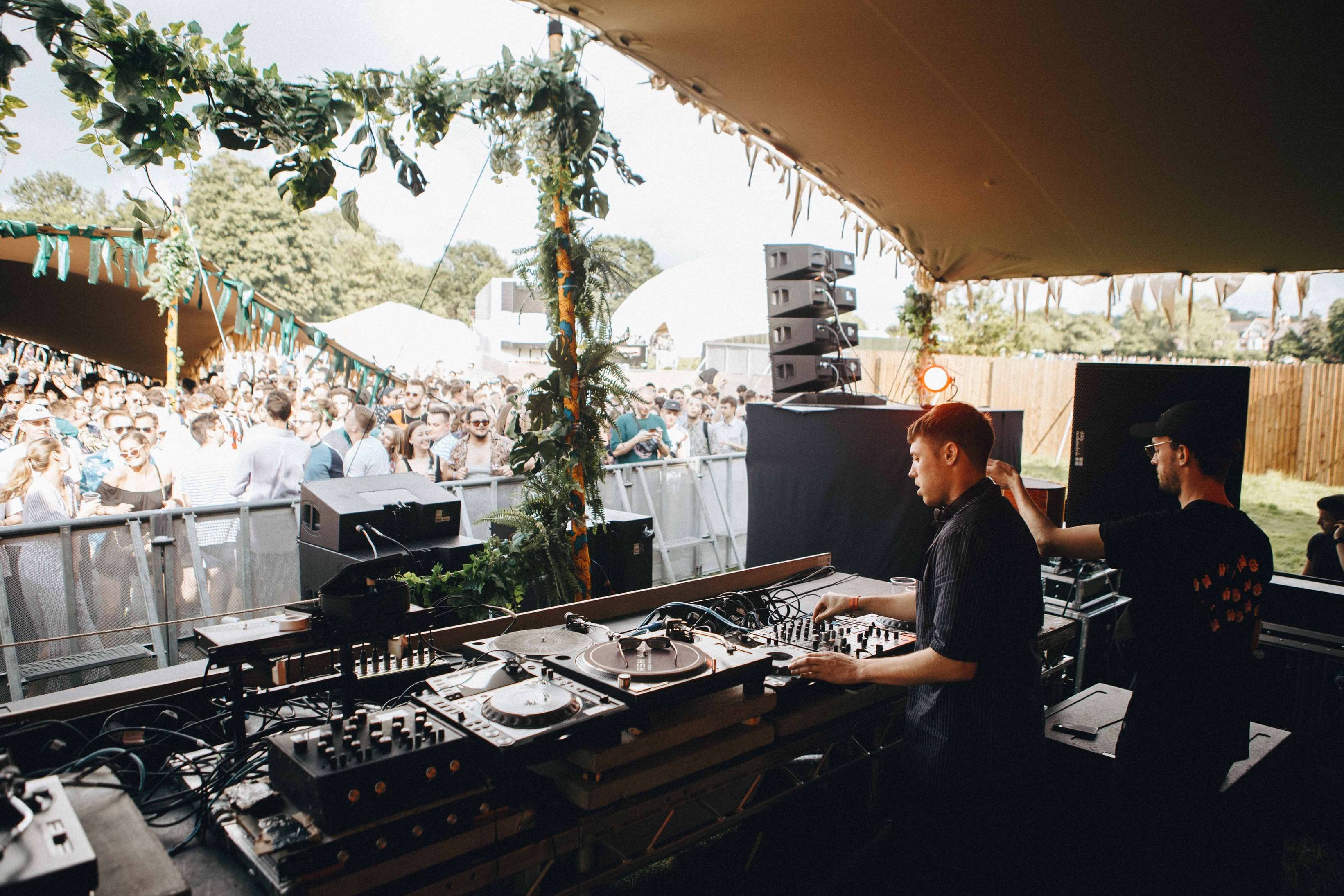 The aptly named ‘Pleasure Dome’ was home to easily one of the day’s highlights, Midland, who took it upon himself to provide the enticing blend of house, techno and disco that has made him such a household name in the scene today. Following a top draw set from Honey Dijon (who gifted us a slammer of a house and techno blend with the likes of Mim Suleiman’s ‘Mzinga’ throwing out some very chunky basslines), all manner of rare disco groovers and house edits were dished out across his set as dinner time rolled around. True to his trade, Midland ended his set with an unreleased number that looks set to be a 2018 summer stomper – a moment that surely will be savoured once the track is ID’d and doing the rounds around festivals in the coming months (see a certain Facebook group for a video clip).

If you didn’t manage to venture to the far side of the festival site (which actually would’ve been forgiven given that the Pleasure Dome and Rhythm Section stages were so well manned throughout the day), you would’ve missed the spectacle of the main stage tucked away just around the corner. Not out of place at a full-blown 5-day festival, the stage truly had the presence and finale aspect absolutely nailed. The lighting was ridiculously on point and the acts matched what you would expect from the main event. Derrick Carter did not disappoint in the slightest and amongst a ton of recognisable tunes he dropped a very unexpected but very happily received edit of Childish Gambino’s ‘This Is America’ as the sun began to drop below the precipice of the stage.  As the sun decided it was time for bed, the main stage really came into play. The lighting was working its magic as Mr Carter was seeing off what had been a day of top draw electronic music. Contemporary summer classics such as Karizma’s ‘Work it Out’ was thrown out there to a well-perceptive crowd, and as the last song rolled around the inevitable encore snuck up as many punters started heading for the door. Encore curve-balls are hard to nail, too far towards the cheesey side and it just doesn’t work, and too predictable and it’s a bit of an anti-climax. But when Queen’s famous bassline from ‘Another One Bites the Dust’ started booming out the speakers, you knew Derrick Carter had got it right.

You regularly stumble into the same hurdles at inner city festivals; levels are too quiet, the noise from each stage spills into each other, the crowd management is poor, not enough bar space… the list could literally go on forever. GALA handled these aspects of event management very well and for me, exceeded what was expected of it. With a little bit of help from the weather man completely buggering up the forecast, their 2nd birthday party really did go off with an almighty bang.