It’s quite hard to pull off a day festival in a city centre well. Dekmantel aside (it is technically near the middle of Amsterdam and only opens from midday till 11pm) I can’t think of a really decent day party held in the middle of a metropolis that hasn’t had to sacrifice something like extortionate ticket prices, shit system quality or the fact that all the punters are cunts in exchange for having an easy access festival in your local park.

So I was a tad apprehensive about Fly Open Air, a relatively new day party held in Princes Street Gardens, slap bang in the middle of Edinburgh town centre. And when I say slap bang, I mean the big beefy speakers were literally a stone’s throw from away from the high street, laden with its New Looks, H&Ms and all the other identikit city centre fare.

But luckily the Fly Open Air lads had definitely done their research, and as a result miraculously managed to pull off what felt like something akin to the aforementioned Dekmantel, but right in the middle of the Scottish capital, only metres away from seemingly oblivious town folk going about their usual Saturday afternoon jaunts.

For starters, the line up was a mightily impressive collection of mostly well known house and techno acts. From Theo Kottis to Jasper James to Eats Everything to Leon Vynehall, Fly Open Air certainly didn’t try and pander to a softer, more commercial crowd, and in my opinion was all the better for it. A typically bouncy and fun filled mid-afternoon set by Eats Everything set the tone for a full evening and night of booming big room house and techno. Although I was a bit disappointed in the slightly subdued set by personal fave Leon Vynehall, barely recognisable with a shaved head, it was more than made up for by the hugely impressive Lil’ Louis, who closed the night off with an inch perfect set of Chicago style house and techno, and who left a large pocket of the crowd in the front rows chanting "ONE MORE TUNE" for a weirdly dedicated amount of time. 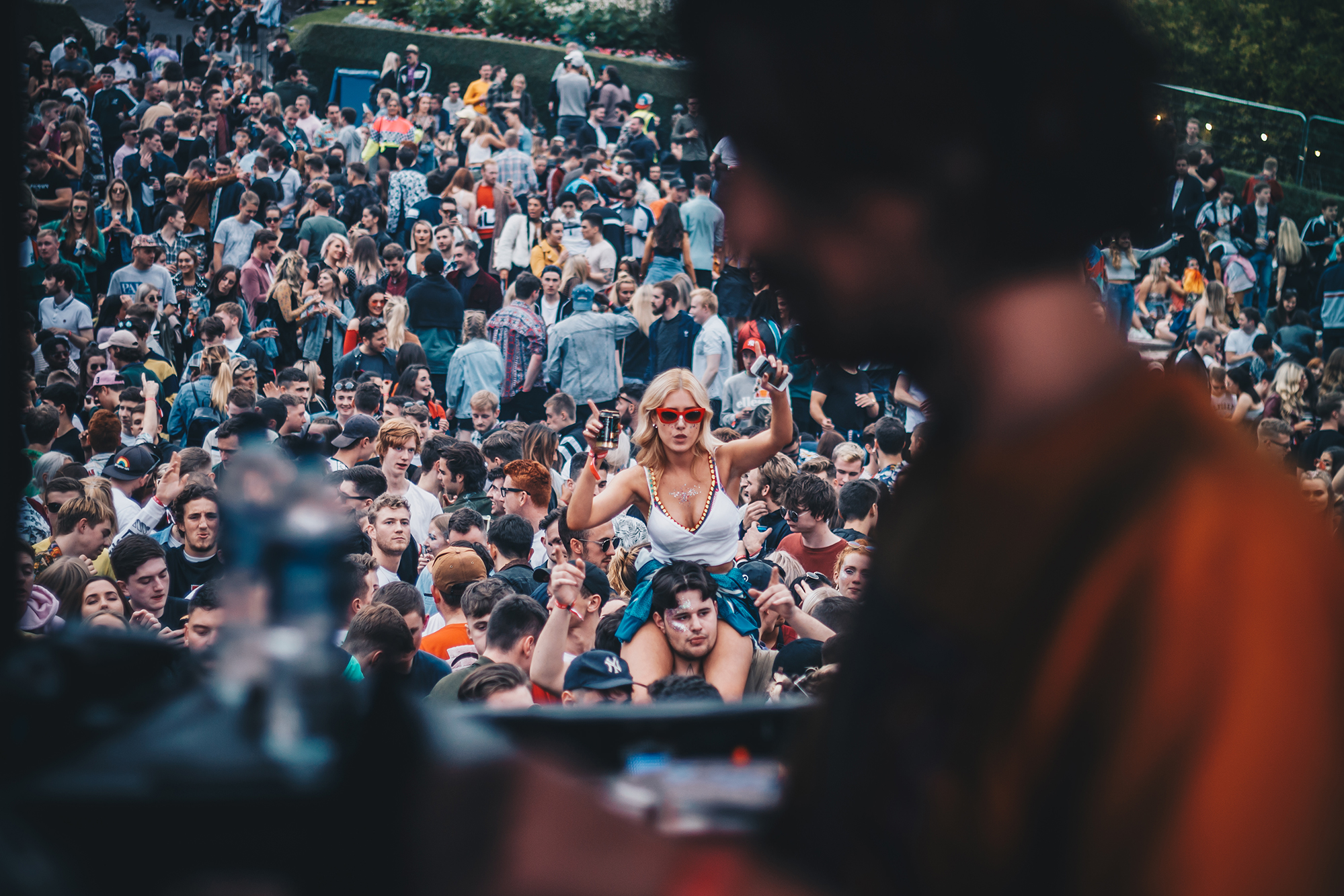 With big room house and throbbing techno you need a decent system, which is where Fly Open Air was such an anomaly in the day festival scene – mainly because they were allowed to totally cane incredibly heavy bass from the minute it started up until to Lil’ Louis final spin. So impressive was it that there were at least a few times when I looked around the amphitheatre in astonishment at the fact that yes, I was in fact still standing only a hop skip and a jump away from people eating McDonald’s and carrying Topshop bags, which when you compare that to other festivals and their reduced sound levels when it gets anywhere close to night time I thought was hugely impressive and really made the difference for me and the rest of the crowd.

It being Scotland, the crowd was honestly one of the nicest and up for it crowds I’ve ever partied with. There was never a quiet moment for me as I danced among the friendly and welcoming punters – breeze was chatted, back slaps were given and invites to after parties were made, all done with big grins and in an easygoing atmosphere.

A definite mention should be given to the after party as well, held in the wonderfully sweaty and compact Bourbon club, with Theo Kottis and George Fitzgerald playing punchy jack house all night long. It really felt like by the time I’d left the club I’d been at a proper actual festival, as opposed to the festival lites you usually get with these kinds of day affairs.

So yeah, all in all I have to say Fly Open Air definitely delivered – somewhat surprisingly – an actually decent day festival held right in the middle of a city centre, and I’ll be dead keen to take the train up again for next year. 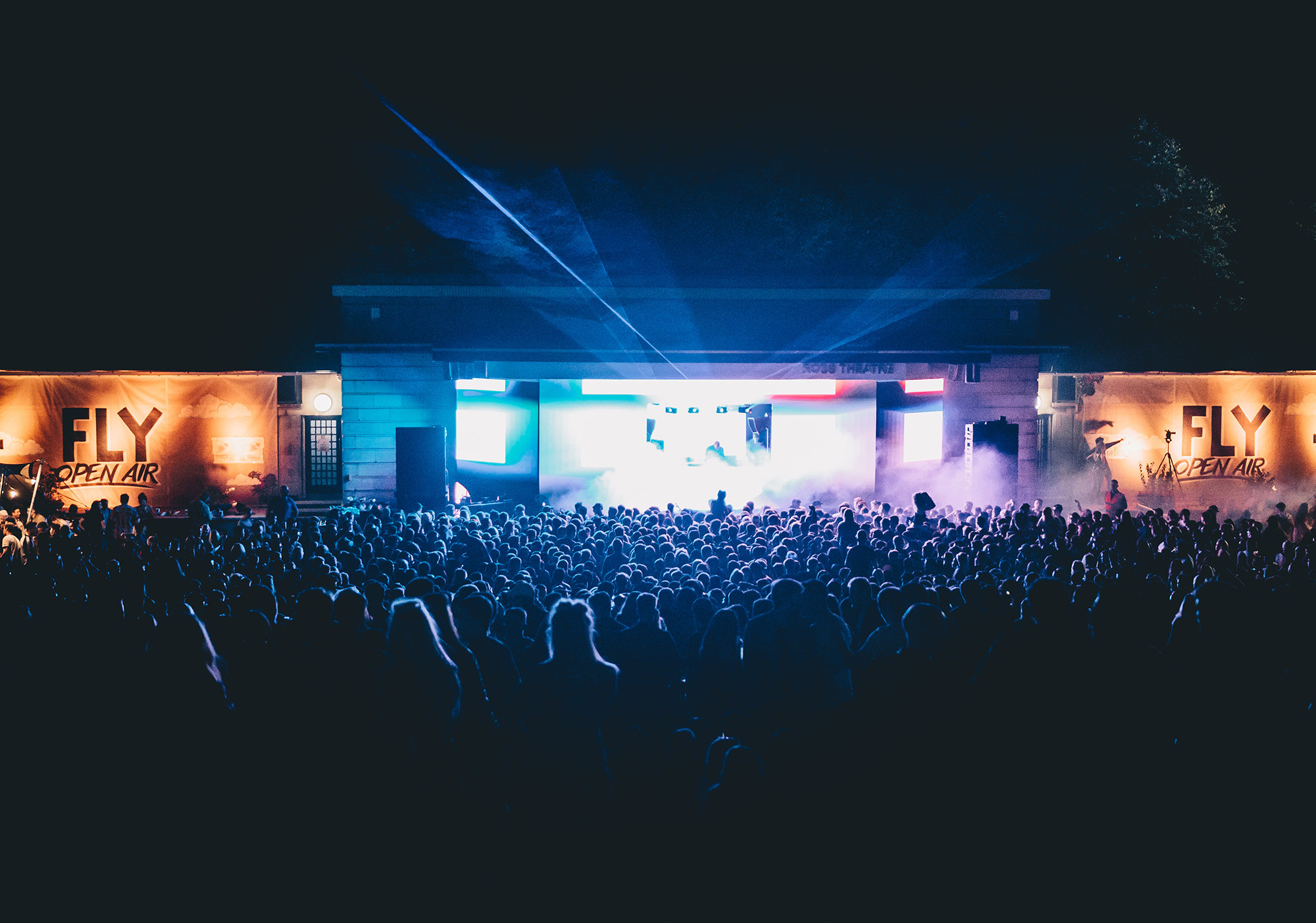