Houghton 2019: A Reflection Upon a Lost Weekend
Minute Read Back in the mid-2000s, I used to run a festival. It was about a third of the size of Houghton, the three-day event that was cancelled earlier this month. Musically it wasn't too similar – we were more Gang of Four and Liquid Liquid than Villalobos and Rhadoo – but underneath it all, every outdoor festival shares commonalities. We'd spent a year planning an event that would take place across one weekend, we'd turned a chunk of land into a place for thousands of people to co-exist upon and we had the responsibility of thousands of people on our hands.

Those few words, uttered to me on a Friday night in 2007 were half-expected, but that expectation didn't do much to reduce the impact. They came from a guy in a bright yellow jacket, standing between two articulated trucks on a ludicrously windy September evening. He was an engineer from the company that provided our main stage, a 30ft high structure that formed the focal point of the festival that was due to open at midday the next day. 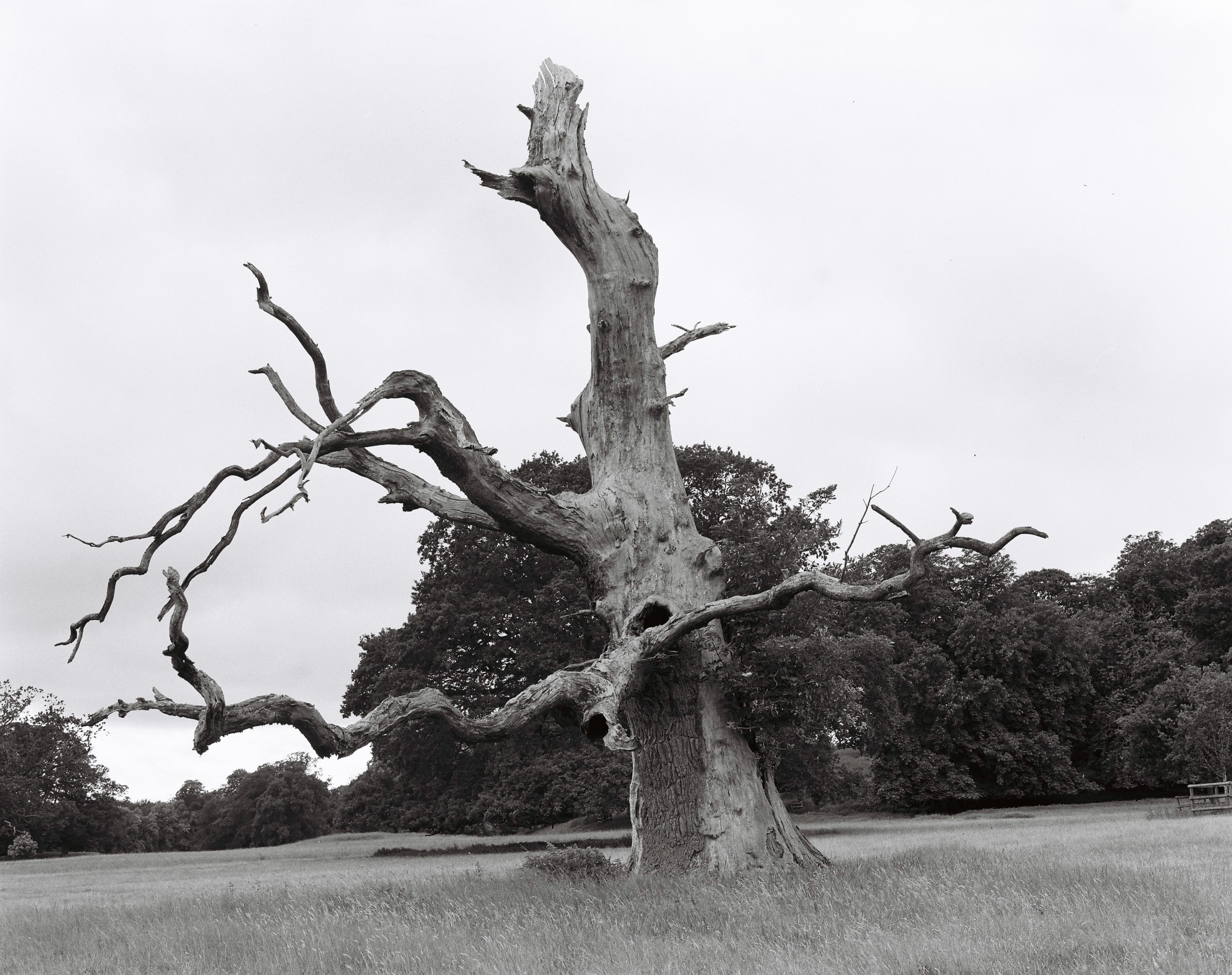 A few metres away a whole festival was set up. Timings run tight on outdoor festivals because – after paying a 50% deposit 6 months beforehand – pretty much every structure you bring in costs a lot of money from the second it leaves the depot. High winds meant it wasn't safe for engineers to scale the structure, and without that structure we had a cancellation on our hands.

Earlier this month, some 15,000 people had bad news broken to them by friends, through social media or through an email from Houghton themselves. The festival was planned to be back for its third outing and high winds had already led to the cancellation of a festival called Boardmasters. The country was due to get battered with 50mph winds, but in the week leading up to the festival, most of Houghton's audience had their minds elsewhere. Houghton is a very special party, you see. It sells out far in advance as, quite frankly, those that have been before wouldn't miss it for the world. Those that were heading back had memories of partying under the trees, sitting on the banks of the lake as the sun rose, of exploring the forest and of hearing sets from DJs who'd spent almost as much time thinking ahead to Houghton as them. The lead-up to most festivals feels pretty special to those attending, but with Houghton, it's a conversation that starts on the drive back from the festival the year before. 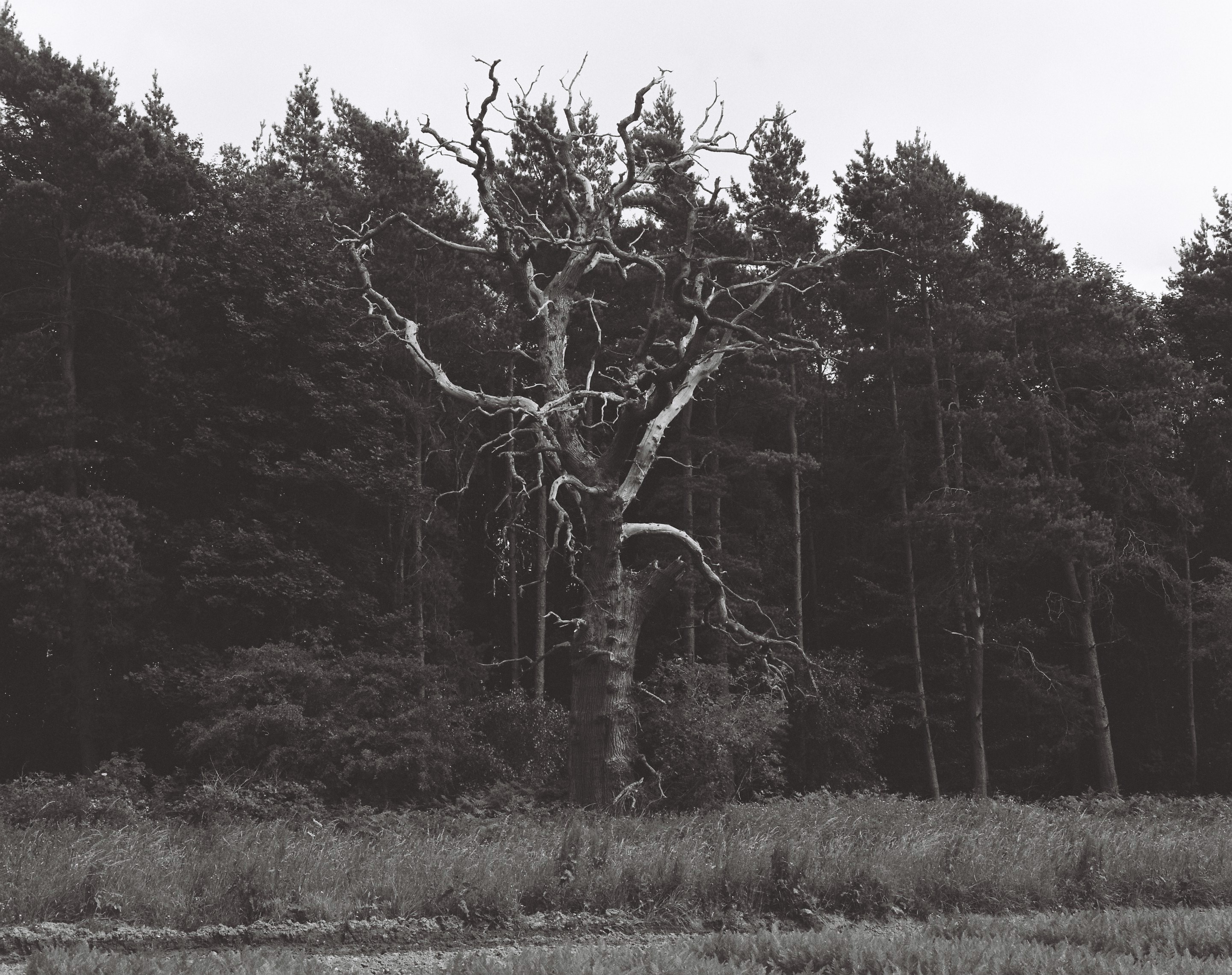 I'm not sure exactly how things unravelled at Houghton Hall in the lead-up to the event, but I'm sure the realisation that the festival was to be cancelled crept up quickly. When you run a festival your attention starts shifting to the weather about four weeks before the event. At first, out of curiosity, but as it gets closer your thoughts tend to centre around the rain. Rain causes you all sorts of problems, and they tend to start when masses of trucks begin arriving on-site a week before the event. The wind is always at the back of your mind, but very strong winds are rare and they change at relatively short notice. Rain causes you problems over an extended period of time, whereas winds only need to cause problems for an hour and you're in serious trouble.

Going back to that evening in 2007 the conversations continued with the licensing team. These people literally decide whether or not your event goes ahead, and they'll be frank. As we stood discussing our issues with the weather they made it clear that without a main stage we'd have serious problems with crowd control, as the other stages wouldn't have been able to accommodate all artists or audiences. The year before we'd been hit with thunder and lightning on the second day of the festival and as discussions were being had about evacuating tents, licensing made their perspective quite clear. "If lightning hits and someone dies, it will be you – not us – that stands up in court for manslaughter". No-one really explains this stuff to you when you decide you're going to put a festival on, but it would have been made very clear to the Houghton team. High winds, combined with trees and temporary structures, plus thousands of people camping would have led to risks being so high that the license wouldn't have been granted – likely at the very last minute – and Houghton themselves would have been liable for any death or injury. 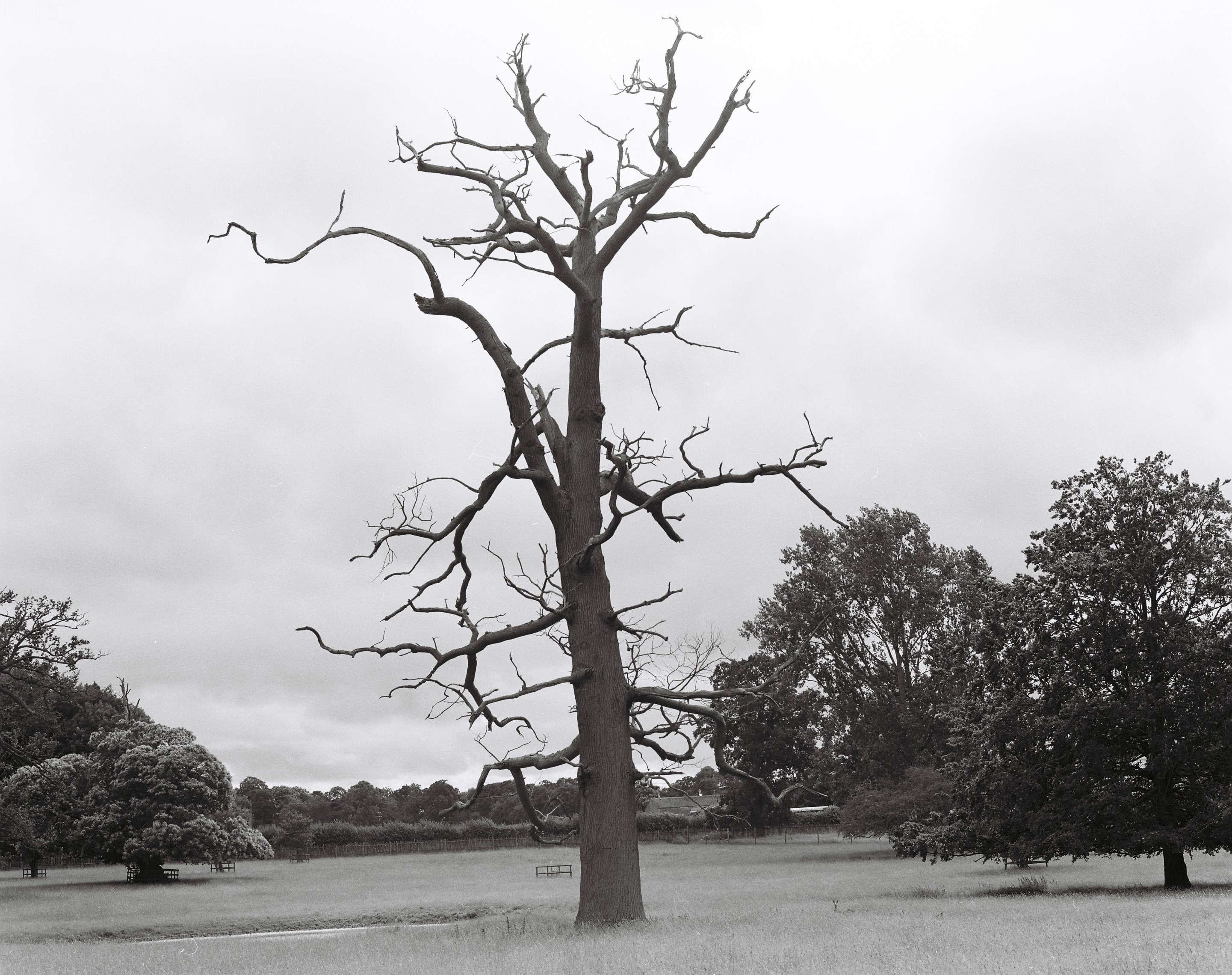 Festivals like Houghton are very different to the mega-festivals put together by companies like Live Nation, and they'll always be a labour of love. Despite attracting thousands of people, the costs associated with putting on a festival are so high that margins per ticket are small, whereas the risks (be that weather, date clashes or oversaturation) are high. This tends to make festival insurance expensive, and it tends to make claiming a pretty arduous process.

Back in 2007 the engineers who supplied our stage slept in their trucks, setting alarms to get up and check wind levels, and in the early hours of the morning they managed to erect our main stage. We survived that year but I’ll never shake that feeling, knowing that hundreds of thousands of pounds and a full year of work was potentially lost. I’m sure the Houghton team won’t either. 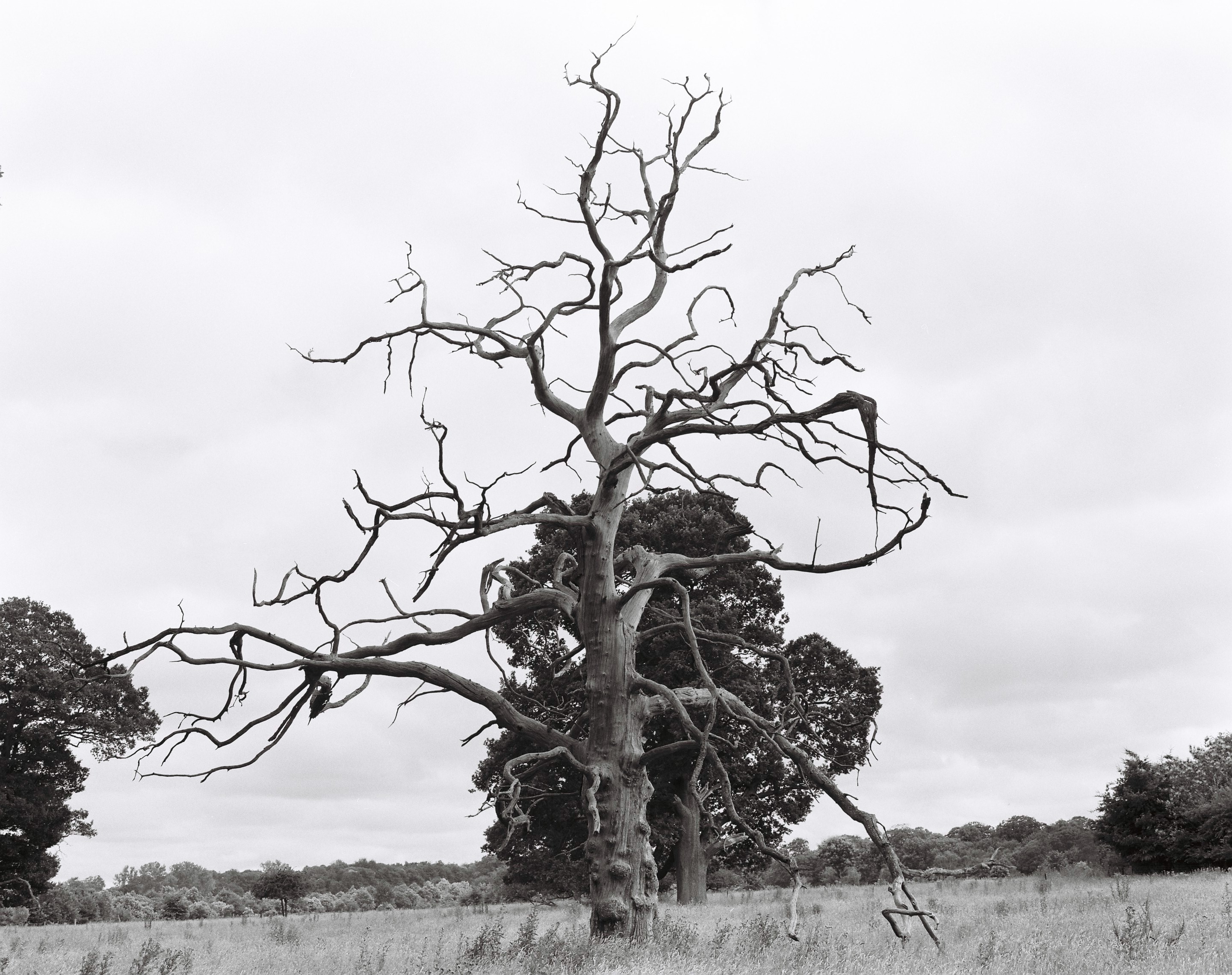 The reaction to Houghton’s cancellation is a testament to the festival the team created and the people they attract to it. As news spread, parties started springing up – the majority pulled together for free or with funds going directly to charity – by collectives connected in some way to Houghton, looking to accommodate those who'd planned to be at the festival and the DJs who'd planned to be with them. Ransom Note and Stamp The Wax collaborated at Corsica, Giant Steps packed up their stage at Houghton and brought it back to their venue in Hackney Wick and Cartulis put together two separate parties at Fold under the banner "Together". Over at Giant Steps, the normally relaxed venue was filled with people by 1 pm, many of them dressed as though they were half way up the M11 when they heard about the cancellation. Giant Steps had brought back their soundsystem, their DJs and a two man tent, set up next to the bar and serving very occasionally as a Room 2. Something often unique to festivals is the amount of conversations it’s possible to get into, and over the course of that weekend it felt as though everyone had come together, exchanging their stories about past years at Houghton, how their weekends had panned out and how celebratory next year was going to be.

As Houghton released information on refunds they made it clear that they’ll be back next year. They'll still be carrying the responsibility of thousands of people on their shoulders – and they'll probably be glancing at the weather forecasts earlier than before but one thing is clear – their hard work in creating something so special means that this year's hard work wasn't lost, it'll only make this extraordinary event more magical in years to come.

Photo Credit: From 'White Deer Woods' by Ben Price taken on the Houghton Estate in July 2019