Once seen, it’s pretty hard to stop thinking about Gerard Johnson’s third directorial outing, Muscle. It’s hard to shake off the sweat and smell of the northern gyms and training rooms inhabited by personal trainer Terry (Craig Fairbrass) and unassuming Simon (Cavan Clerkin), who comes under his mentor’s influence.

It’s the third film from Johnson, who, with Tony and Hyena already under his belt, has built a fascinating filmography over the past decade or so. Where the director succeeds is in subverting the cliches of British independent filmmaking, taking direct-to-video conventions of Brit-crime, gangster and cops flicks and turning them on their head.

You recognise the situations, the dodgy geezers, the strip clubs, the chisel galore, but there’s something more substantial in his work, in the stories and the characters offer more depth than a truckload of Tony Tuckers or a rascal’s Range Rover full of Garys.

Craig Fairbrass turns in his finest performance (you’re talking to someone who’s seen more of his filmography than most, including all his assorted Essex Boys-related outings) as the menacing, shady Terry.

“He sprang to my mind,” says Johnson, about casting the former EastEnder.

“I couldn’t imagine anyone else doing it. There’s an intimidating quality that took over the film. He’s getting the best reviews of his life, with people saying he can act, but It’s always been there, he’s always done good stuff, but there’s huge snobbery around a certain type of filmmaking. Knowing what actors like this are capable is what excites me. He’s had a lot of of flak over his career, but let’s see what people say after this.”

It was the same with Hyena, where Peter Ferdinando was among a cast familiar from genre fare but excelling as actors. He also looks beyond casting directors for talent. In picking the baddies, one of the Albanian brothers was plucked from a plumbing job – he’s now starring in Gangs Of London.

“It’s about finding the right people, I work with a lot of non-actors,” he says. For him, breaking the conventions and stretching the boundaries of what British filmmaking and particularly familiar gangster and crime elements genre films are about. 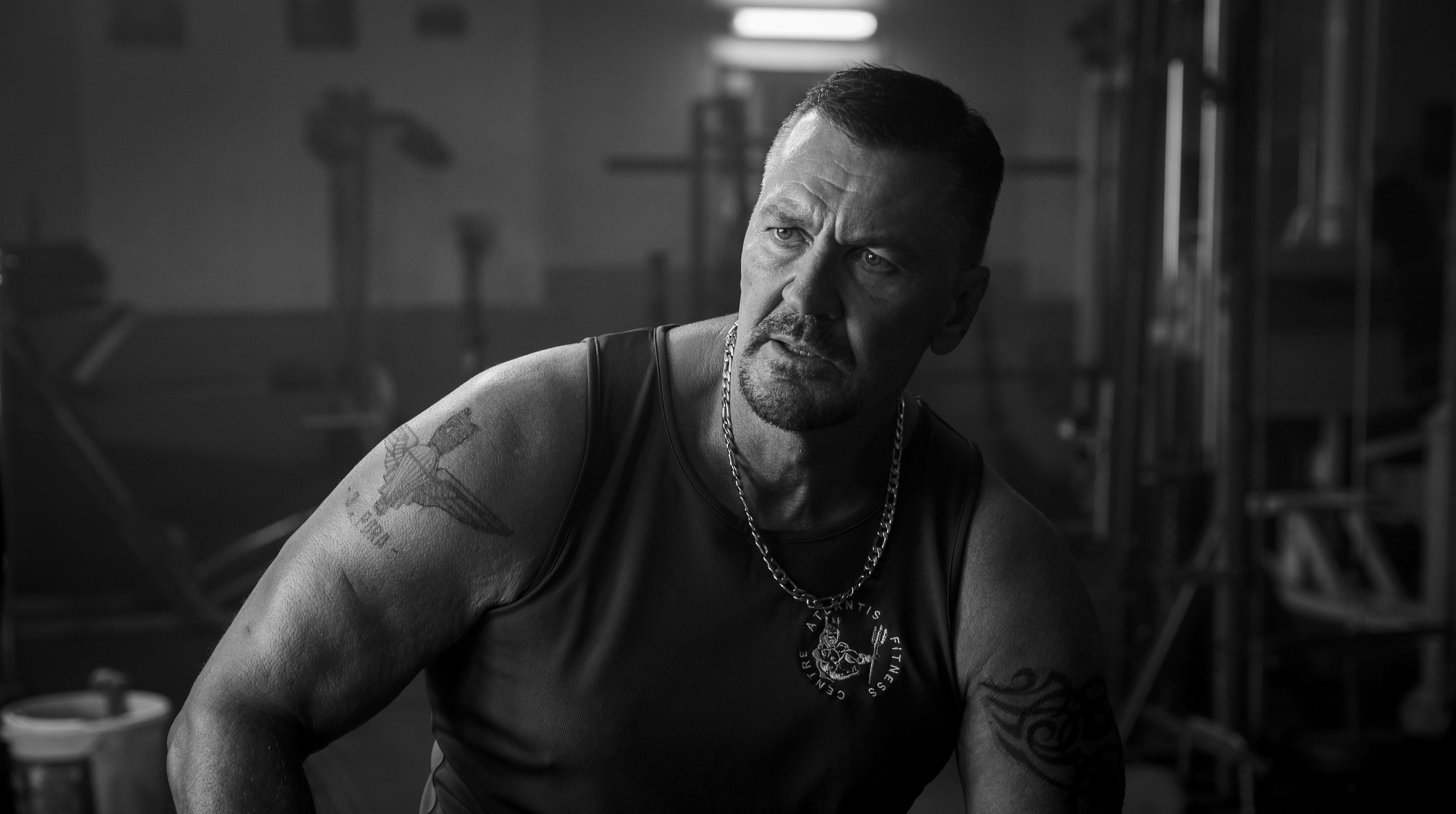 “I just write stuff that interests me,” he says.

“If it’s a genre thing, I’m trying to do it in a different way than they have been done. I want to try and get rid of some of the snobbery that is around working class films and working class stories. It’s a battle when you’re trying to get finance, trying to tell people it’s different. People want to put it in a bracket, but I don’t really exist in that bracket.” 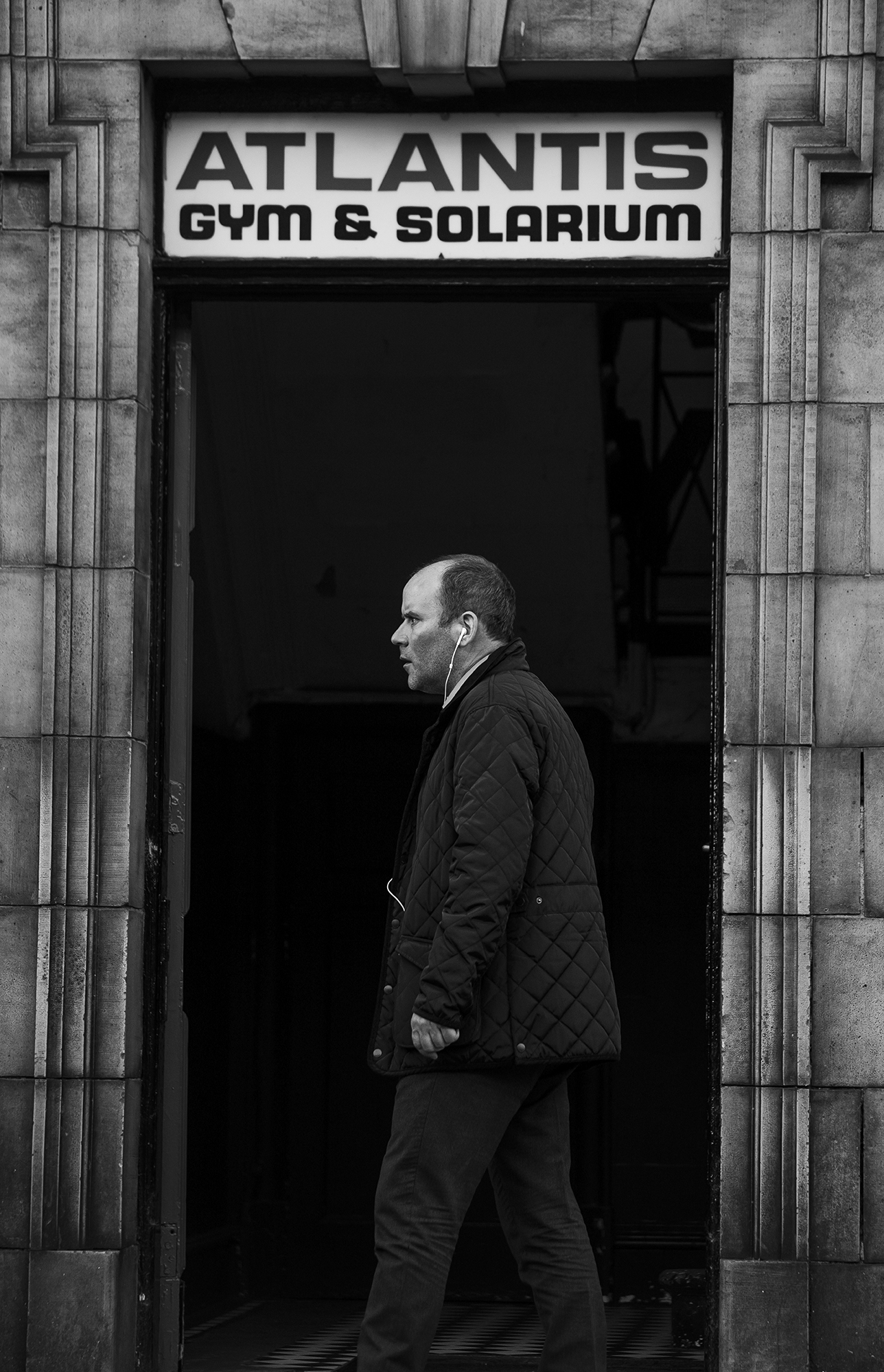 Johnson is working outside the traditional system. Like, say, Ken Loach, his funding is not the normal route and for Muscle it came entirely from France.

“There’s no UK money in it whatsoever, I think they were put off by the fact it was black and white, which is ridiculous given the success of Mank and Roma. The film was financed by the French, they were a bit more open to extreme cinema.”

“I kind of got sick of seeing films with these wild party scenes and I just wasn’t buying them,” he explains, recalling the decision to go live with a bona fide (boner being the operative word here).

“Looking back to things like Performance, the rumours were they were doing it all for real and you can smell it on the film. I wanted it to film totally outside [Cavin Clerkin’s] comfort zone, surrounded by these horrible acts, by these people. What better way to do that than having the real thing and then the actors come in? That’s more or less how we did it. We did do a lot of planning, we had hours of footage. We just let the party happen and then the actors going in with a camera. People were not taking any notice of us.”

Johnson’s films all contain notable party sequences – in Tony there are scenes in The Joiners’ Arms, while in Hyena there are a few, not least a memorable moment where Peter Ferdinando, Neil Maskell and co freak out to the Patrick Cowley-produced Sylvester track ‘Do You Wanna Funk’.

“I’ve done the parties in all my films. I just film them and let them evolve. You get the footage, then work on it in the edit,” he says, noting that most club scenes in films are always “disappointing”.

“We went in there after a Saturday night, at 5am. It was full of all these characters who were happy to stay, it was time for closing. All these guys, most of them were out of it, they were dancing and didn’t really care From that moment on, I thought this is how we do this, real places real people. No dialogue, let them get on with it. It’s more important to have it feel like a party than just dialogue. If you’ve got important dialogue, don’t put it in a nightclub.”

Patrick Cowley aside (for the memorable scene in Hyena, it was going to initially be Bronski Beat’s ‘Why’, a Cowley influenced 80s hit, but Cowley worked too well), Johnson has one advantage in that the director’s brother is none other than Matt Johnson, The The frontman, who works with his sibling and scores his movies. Muscle continues the tradition.

“We have very similar tastes in music and film,”Johnson explains.

“I have an idea, he reads the scripts, we talk about my vision,  what sort of film I’m thinking of, the sound… Then I’ll let him go away and come back with a lot of stuff. It’s very collaborative.”

“I tend to make films that polarise,” he laughs.

“But this is pretty much the best reviewed film of my career. I’m making stuff that’s possibly more abrasive than a lot of other stuff, so I’m very pleased with the reception to it. People are going to love it or people are going to hate it. You always hope you’re going to get good reviews, and you expect to get.a kicking from some.”

Muscle is out now on Blu-ray, DVD and digital.