Our man on the inside is beginning to lose his mind...

Our man on the inside is beginning to lose his mind...

So we left it with Candidate X in utter turmoil (see the first instalment here). The threat of deselection loomed large and lest we forget, jail was still technically on the cards if those invoices didn’t get sorted out. By kicking up such a stink and not signing the contract that would have solidified them as the party’s standing candidate, Candidate X’s position was suddenly looking weak.

42 DAYS BEFORE THE ELECTION

Still, there was at least some hope I suppose. Candidate X’s errant pre-election behaviour had actually delivered a bit of momentum on the ground. Of all the seats that Local Party Chairman presides over, this was most certainly looking like the best prospect. Even better if one or two opposition parties were willing to stand aside.

A key thing to understand about electoral pacts is the money that every major party loses from the electoral commission if they don’t nominate a candidate. From the outside I’ve often wondered why there is not more horse trading between the parties, but it would seem the system discourages it.

Local Party Chairman had already reminded us that our central party would lose £30,000 if their constituency was to field no candidate in exchange for other parties stepping aside in ours. And besides, in their opinion there might well be another election in a year’s time and thus even in a hopeless seat it would still be a good idea to knock on some doors in order to collate some data and build up the membership.

Actually, on second thoughts, this was pie in the sky. Why on earth would Local Party Chairman sacrifice their own constituency to help our cause? As if the kitchen incident wasn’t enough, there was an abundance of reasons why not.

I began to ponder the lunacy of all this. Could there really be another election in a year’s time? I think Local Party Chairman had a point. Before I’d even entered Tinpot Election HQ I assumed the Conservatives would win a majority but small enough to be voted down on EU matters. The remainer parties would surely be more inclined to work together once they’d finished taking seats off each other, so then you’d only need a few dissidents from the Conservatives to take us back to square one and yet another election.

What a bunch of clowns.

41 DAYS BEFORE THE ELECTION

Meeting with opposition parties “went well” apparently, but I wasn’t holding my breath. We were told that one of our opposing candidates was falling over themselves to stand down, but that doesn’t mean anything if your own head office isn’t willing to do a deal. And would Local Party Chairman be team-spirited enough to raise it with head office anyway? I wasn’t convinced.

But there were more pressing matters at hand. Soon it was going to be time for my documentation to be signed off by the local party committee. Oh wait a minute, Candidate X has suddenly got doubts about the tone of the documentation. It needs to sound “more professional” apparently. I’ve since learned this to be code for Candidate X feeling insecure about whatever conversation they’ve had with head office that day, but at the time I made the mistake of being accommodating.

An hour later and a 350-word letter had been turned into a load of shite. On what planet do you have to be on to think that the phrase “poorly positioned substations” is going to hit home with the electorate? And no, there isn’t a hyphen needed in that phrase. Look, there really really isn’t. Just trust me on this one: THERE IS NO NEED TO USE A HYPHEN because it is qualified by a word that ends in ‘ly'. Not all words - I didn’t say that - but most.

Then head office got on the blower again. What is it with Candidate X and speakerphone?

Oh you really are kidding me… Candidate X still hasn’t sent those bloody invoices. Why so obstinate? What possible gain can be made by disobeying your party time and time again about something which is now simply just a matter of admin? Who cares about their abrupt tone of voice?!?

And you can fuck off about the substations as well. Doesn’t matter what you say - that’s simply not going in the letter. Bet you won’t notice once I print it out and give it to the committee anyway.

My thoughts had become unruly, but justifiably so. Thanks to substation-gate and another pointless earwigging of a spat with head office, I wouldn’t even have time for any dinner before the committee arrived. And who exactly was going to be on the committee anyway? Candidate X had sent a rather clear message the other day about how much we intended to sideline them… I couldn’t imagine many would turn up.

Apologies received from Local Party Chairman. No surprise there. In fact the apologies section of the meeting went on for bloody ages. It was all so pedestrian. Although I did quite like some of the people sitting around the table, it just became more and more of a spoof. First up was the Vicar of Dibley phase: the lengthy apologies followed by an absurd debate about whether offering alcohol at Candidate X's formal adoption event constituted a bribe. 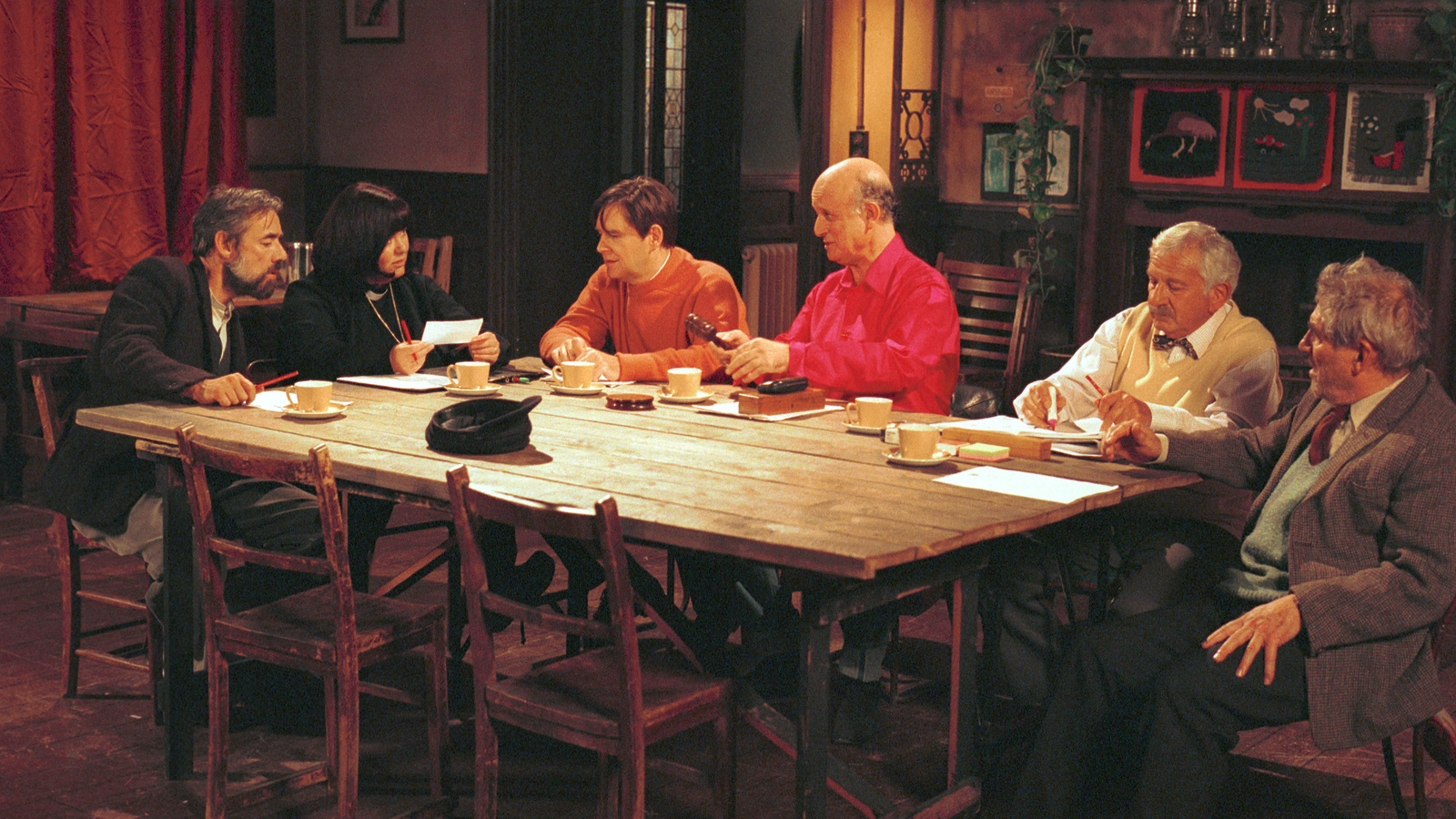 “Oh you have to be very careful about that kind of thing you know,” I was told knowingly by one of the old duffers. A long-suffering member of the campaign team sitting opposite looked at me and managed to convey the message that I was not to query this under any circumstances. It just wouldn’t be worth it. It was like he’d read my mind that I was about to take them to task about spending 10 minutes debating what cake they should bring to the village hall and who should make it…. isn’t cake also a bribe?

But I took the hint and let it pass. Alcohol over-ruled, cake signed off. Time for the documents.

My favourite bit was when one of the committee members suggested that I “fruit it up a bit". I actually agreed with this and really it was only Candidate X’s earlier panic that had taken the original letter in a different direction, but so battered was I by the deluge of nonsense I started laughing psychotically and fired back…. “What kind of fruit? Or can you at least give me a genre of fruit?”

She was equal to it.

“Dried fruit - has to be dried fruit.”

And then suddenly, the financial controller, having not uttered a word for more than an hour, delivered the immortal line:

“You’ve got to keep it currant.”

I couldn’t believe it had come to this. 10:15 at night and three hours into a meeting where almost nothing had been agreed apart from the fact that alcohol at a public event might constitute a bribe for a vote. The quality of the puns couldn't save me - I was really getting sick of being in this kitchen.

Then the pizzas arrived. That really was it for me. Although the meeting was still officially going on, I was to play no further part in it except to dish up and make sure we all got fed.

Oh how I needed to get to bed. But alas, having eventually seen off the committee it was then time for the G&T debrief. We could still catch the end of Newsnight apparently. Oh the joys.

“I think I’m out of my depth. Am I really cut out for this? I think I might just stop - I don’t need this.”

It was almost word for word from the other night. In that moment it really did strike me what a monumental achievement it was to have taken four days to make no progress on any important issues whatsoever. If anything we were all in a worse position. No contract had been signed to confirm that Candidate X would indeed stand in this election (despite the rest of the committee pressing on and advertising an event that assumed otherwise), no invoices had been submitted to avert deselection and the threat of jail, and there we were again sitting in front of Newsnight with Candidate X carping on about how awful everything is and how maybe it would be best if they didn’t carry on.

And yet despite all this (and the substation incident) I still wanted to fight for Candidate X. They were unfortunate as much as they were inept - utterly intimidated by the power structures they had to work within. Cowed even. Sure, there had been a lot of woeful judgment and childish behaviour, but what led Candidate X to this point was almost a year’s worth of hassle trying to win over members of their own party who didn’t approve of their selection from the beginning.

Too many people with too much power, battling with all their might to hold onto it, completely unwilling to embrace alternative characters who don’t have the usual political schooling.