For some the need is greater than the logical reasoning...

For some the need is greater than the logical reasoning...

For some the need is greater than the logical reasoning. Perhaps this is the way that we all should live. The Cyclist is an alias of Andrew Morrison, an Irish producer who has amassed a reputation for rave inspired dance music with a mature sensibility. His latest album on Hypercolour is certainly a reflection of this and takes us back to the days of warehouse parties and dusty old cassette tapes. His craftmanship is excellent, the sounds diverse and well rounded. Andrew describes The Cyclist project elsewhere online and in all honesty we struggled to sum it up any better than he did.

"This project of mine, is an attempt to get to a time in electronic music, where everything sounds warmer, like with the more techno-ey tunes by throbbing gristle maybe abit like what geogaddi by boards of canada got across,but with a whole other meaning with a more dancable edge of new order. This needed to be done and needs to be done more."

"Sapa Inca Delirium" will be out next week, he guides us through the album below:

This needed to be an intro piece that really set the tone for the whole album, which was heavily inspired by Werner Herzog’s cinematic approaches to the clash of civilization and delirious nature of the western discovery and invasion of South America. I used a range of field recordings (some of my own and some of others). I aimed to produce the effect of invading the rainforest, this album’s delirium setting in and distorting/contorting everything around you.

I’ve been working on versions of this track for over two years before I was finally happy with this version. I wanted to create a song that contained every element that I was capable of putting in. Really wearing my influences on my sleeve with the distorted 80s house vocal chops and acid basslines, the jazz Rhodes trickling down wherever possible and the Krautrock-esque second half. Tanaya's soft ethereal voice just melds in perfectly with the tone of the rest of the track. For me this is also my best attempt at creating the colour, warmth and movement seen in Natalia Goncharova’s Futurist painting The Cyclist, my namesake.

The more ambient pieces are where I feel I can stretch my creative muscles.This was a track in which I wanted to give the listener a short break before the heavier beats follow, but more importantly I aimed to create a delirious and unreal homage to the lost cultures of South America. All of the sounds are actually from parts of the world very seperated from South America, such as the Mongolian throat singing, Australian choral singing and Pakistani drumming.

This was a definitive attempt for me to try and make a psychedelic dance track, that was obviously as far removed from styles that try to achieve this like goa and psy trance (which cause me great personal anguish). I was reading Voltaire’s Candid and I was enthralled by the whole frenetic energy of it all, particularly the scenes of rushing through South America. I tried to make the synths as watery and unstably filtered, to give a sense of viewing a mirage of Eldorado through the haze.

To be perfectly honest, this was the most haphazardly recorded track I’ve done. I had a much slower track which I overwrote and re-mixed when I got back incredibly drunk, the weird phasing and distorted synths throughout are the result. 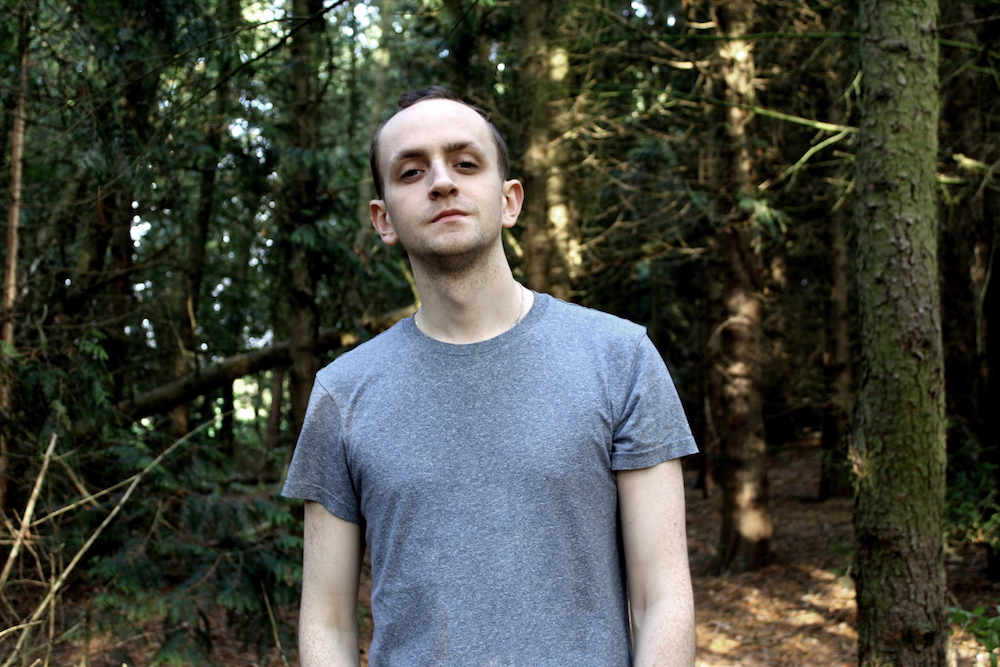 This was made in direct inspiration from Herzog’s Fitzcarraldo with the operatic vocal surrounded by the stark contrast of the slightly broken beat and synths. Wanting to bring a music which he describes as the farthest musical representation of human emotion into such a hostile and novel environment.

I’ve always loved the idea of this, someone lacking in one human sense (in this case vision) and experiencing it in an all-encompassing and intense manner. I hoped to give the listener the feeling of this sense becoming realised.

Skateboarding In The Jungle

The previous track was always meant to lead directly into this as I wanted this track to be the result of the above. To be an exercise in representing the colour and warmth that would be expected from such an experience.

When We All Break Down Feat Joni

Joni and I had been talking about putting something together for some time after the power of the internet put us back in touch after a chance encounter in Dublin a few years back. Anyway, we tried a few things but they seemed to be clashing, until she sent through this emotionally charged and intimate vocal, partially due to being recorded in one take.

As with all the other vocals and most instruments recorded on this album, one take was all that was required (or even allowed). Tanaya’s vocals are actually the components of nearly every synth part in this track as I resampled, looped and pitched small fragments of her voice to create different tones. The timing of the track was all based off my use of an old drum machine from an organ I found in a nearby English village hall. Even though it only fades in on a few sections I wanted this to give the track that loose tape warbled sentiment.

I always try to save the best for last on nearly all my releases. An album is meant to be a journey that fleshes out the ideas of the writer(s) and inspires the listener, their emotional and physical responses. Therefore I always try to finish with something that encompasses the feeling of the whole album whilst also expressing a suggestion of the future direction of my music.