The Berlin-via-Bolton producer's radical new album is out 9th November.

The Berlin-via-Bolton producer's radical new album is out 9th November.

Jam Rostron aka Planningtorock's radical new album Powerhouse is out this Friday. Written and recorded across Berlin, London, New York and Los Angeles, the record marks the Berlin-via-Bolton producer's most personal and intimate collection to date, full of swaggering beats, precision-tooled synths and pitched-down vocals.

The London release party is taking place this Saturday 10th November at Vogue Fabrics Dalston, hosted by Transmissions, a monthly club night run by and for the transgender, intersex, non-binary+ community.

Jam has very kindly taken the time to put together this amazing track-by-track guide to the album, expanding on their lyrics and recording process. Check it out below.

This song is special. I woke up, drove to the studio and recorded this vocal in one take. It’s a completely unedited track. It's like these words had been slowly growing and forming inside of me and then when they where ready - when what I felt about my relationship to my wounds and who they were was clear - this song came out. Wounds are such complicated things and I have learnt a lot about my wounds through making this album.

'TRANSOME' is the sexiest song I’ve ever recorded!!!!! I wanted to write a kind of 'dear diary' song where I talk about my sex and desires, around my intimate encounters and non binary genderqueer identity.

I recorded a lot of this song in my bedroom in L.A. It took me a while to get the right beat for this track. The beat needed to be simple but full of attitude and swag. I added stab-like vocals of my voice to punctuate / give depth to the beat and I made the synths full and big to enhance my feelings of desire and emotion. I’m really proud of the bass line on this track and the key change. I love simple songs that don't have many components but just the right ones, and I feel 'TRANSOME' is exactly that.

I wrote this song to heal myself and so that I could forgive.

SOMETHINGS MORE PAINFUL THAN OTHERS

This track makes me SO happy! The refrain is so good because "Somethings more painful than others" is a truth and you can use it however you want. This track always lifts me up. I wanted to make a house tune with one of those '90s high repetitive vocals in the back that just feels a little cheeky, silly and fun.

'Muchness' in terms of being told "you're too much" is something I think about a lot. When I recorded the lyric "Let me know what's too much for you, and I will give you some more", I laughed so hard, it was perfect. After I’d written that lyric, the song kinda wrote itself and making a beat was pretty easy, as were the extra instrumental elements. The song didn’t seem to need a bass. I tried a few but they just didn’t work. After I recorded the track I played it to my studio partner and long time friend Olof Dreijer and Olof was like... "Oooooh I like it" and he said he could hear how he could re-interpret my beat live, so he recorded a new beat using the same components but played it live and it sounded so good, the track really came together. 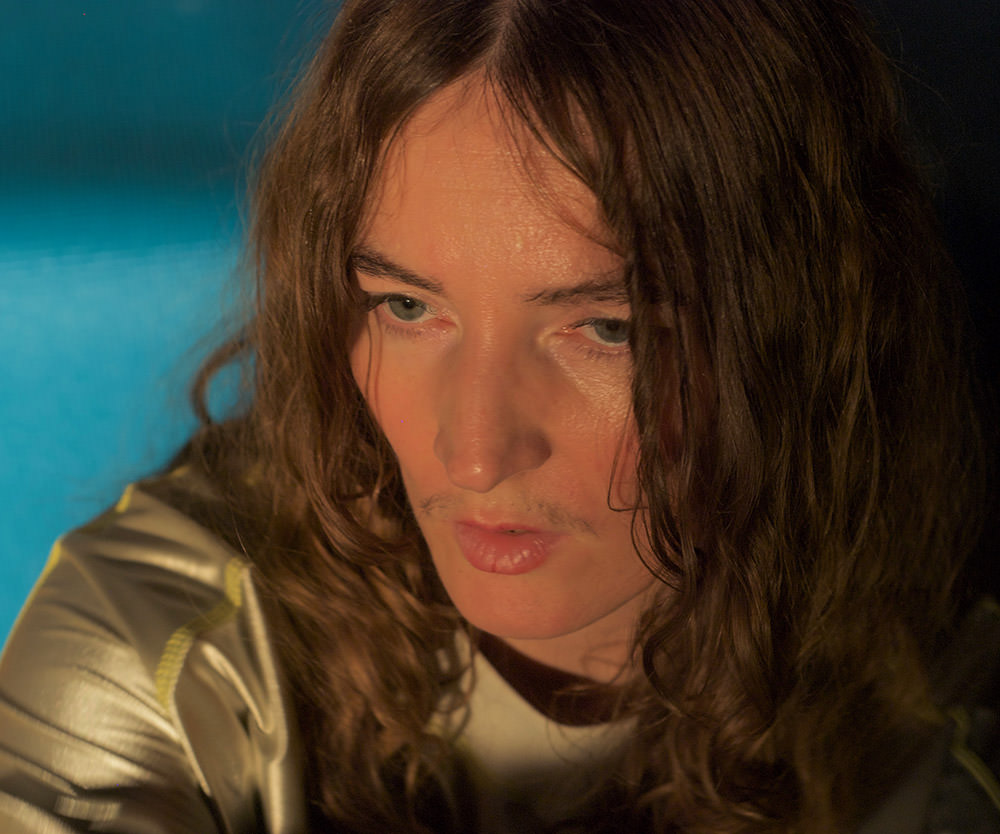 If you don’t know, ‘Jam of Finland’ is a play on the famous Tom of Finland, known for his stylized, highly masculinized homoerotic fetish art. This track sits right next to 'TRANSOME' in terms of its content. I’m singing about being a 'Femme Daddy’ and about my sexual desires and sexual identity. I wanted this track to be moody and steamy hot.

I'm proud of the bass line that pops in at the end and the way the song keeps this kinda tight vibe all the way through. The vocal was super fun to record but the harmony was tricky... it took a lot of exact pitching to sculpt the harmony perfectly around the lead.

LOOOOOOOVE this track. I recorded the instrumental first and just sat on it for a while. I was in L.A. in January and February and had a little studio where I recorded every day. While I was in L.A. I would drive around listening to the instrumentals I’d made, and sing in the car to find the vocal melodies and try out lyrics. That's how I got to ‘Non Binary Femme’. It fits so well and I loved that that was the lyric all the way through. It was a super fun vocal to record... so much attitude and serious humour. I’m currently producing a new live show for Powerhouse and this track is such a fun song to sing live.

PIECE OF MY MIND

I think this is one of the first songs I wrote and in a way it’s a song to myself about writing the album. It's like I’m singing to myself, "It's gonna take time but I’ll manage… I got a good mind and yes I’ll be able to tell you all what I’m dealing with and give you all a piece of my mind". The guitar riff was so loaded with character already that I knew it needed an equally strong beat of rhythm but something soft, so brushes were perfect. I’m a massive fan of strings, especially pizzicato strings. I recorded them for the bass because they have a soft boomy quality that fits this song perfectly.

This track was similar to ‘Non Binary Femme’ because I had this funky instrumental for a while and didn’t know yet what it would become. It was another song that I would sing in the car whilst driving around L.A. and that's how I got the chorus. Then when I was back in Berlin I recorded the story/anecdote. I’ve always wanted to talk on a song and this was the perfect song to do that with. It was hard at first to hear myself talking with my dialect, just in terms of how we all feel when we hear ourselves talking. But then when I got talking about my sister, it was so lovely and moving for me. This story is such a lovely memory for me and a bit emotional because my dad died when I was 21 and we all miss him so much. When I’m with my mum and sister, we talk about those times at home with dad a lot.

This was the last song I wrote for the album and the hardest to finish. I wrote the instrumental when I was in New York and recorded the first line in the closet of my friends' house that I used as a vocal booth. "You would wake up in the morning, put your eye makeup on, then you’d make your way downstairs, put your records on". It was so lovely, warm and cosy in there and kinda the perfect place for me to sing a song about my mum.

While I was in New York I spent time with my dear friend the music producer Lauren Flax. I played her the song and she gave me some good feedback regarding the beginning of the song. She suggested I make some field recordings to give it some atmosphere. This was inspirational and helped me find the right way to begin the song and capture a feeling of the morning. I finished this song when I was back in Berlin. It was such a hard song to edit down lyrically because I wanted to say so much. "Janet is a Powerhouse", I wanted to say thank you to her for showing me the power of music. I watched her love of music as a kid and how she used music to give her the strength to fight against the horrific prejudice my disabled sister experienced. Music has been my way out. Music not only gave me a life but it's saved my life many times and it's because of my mum.

Powerhouse is out 9th November via DFA/Human Level, pre-order it here.