Situated on top of a hill, comprised of leafy streets and old brick-buildings is the district of Prenzlauerberg. During the Soviet era the district was filled to the brim with elements of a diverse counterculture: bohemians, artists and LGBTQ communities. Now, it is a marker of Berlin’s warp-speed gentrification post the fall of the Berlin Wall. Where squats used to be, boujee cafes, bars and organic food markets have sprung up, appearing on every corner.

Nestled within all of this is the Kulturbrauerei: a sprawling network of venues and arts spaces residing inside what was one of Europe’s largest breweries during the Soviet era. This is where Pop-Kultur festival is currently based after successful stints at The Berghain and Nuekölln. It is a testament to the festival and its diverse, unique programming that it feels like it revives some of the transgressive spirit that once thrived in Prenzlauerberg.

Walking into the festival for the first time on the Wednesday you’re immediately struck by the sense of scale of the site. For a festival that is only based within one very specific bit of a large city, it feels vast. There are an endless amount of venues to dive into inside the Kulturbraueri, each one with a host of new talent from across Europe to discover. At first, it feels slightly daunting, but Pop-Kultur’s eclectic programming rewards the adventurous so diving straight into the festival was the best way to get stuck in.

First up was the Belarusian duo Shuma who state that they’re “one of the first anthropological experiments in club”. By this they mean that they fuse pre-Christian Belarusian theology with a hazy weave of trippy house and loose-limbed breakbeats. Their music was mesmeric, managing to be both introspective and wide-screen. It’s worth noting that the following day lead singer Rusia Shuma was part of a talk about LGBTQ communities in Belarus and the discrimination they face. It’s this level of depth across the programming and performers that makes Pop-Kultur stand out from carbon copy line-ups of the cluttered festival season. Carrying on the evenings Belarussian tinged proceedings were Molchat Doma (Молчат Дома) who provided a brutalist hue of post-punk and no-wave in the Frannz Club. Their live set was merged the icy synths of Joy Division with the minimalist drum machines of D.A.F into a striking blend.

Wandering into the deceptively enormous Kesselhaus we were greeted by the sounds of multi-disciplinary provocateur Mykki Blanco. The performance made up in energy what it lacked in cohesion and the booming beats were a good tester for the venues excellent sound system.

The day ended with a spell-binding commissioned piece from Berlin-based performer Magic Island that took place underground in The Gewölbekeller- a huge collection of cellars underneath the brewery. The performance featured music from Magic Island across three separate stages that explored the themes of purgatory and paradise. It was an extraordinary set-up where the audience moved between the stages in the illuminated high-vaulted cellar. Dancers were planted within the crowd before the piece finished with a performance backed by strings in a chamber filled with flowers. It was a sensory overload that capped off the first day in a truly unique way. 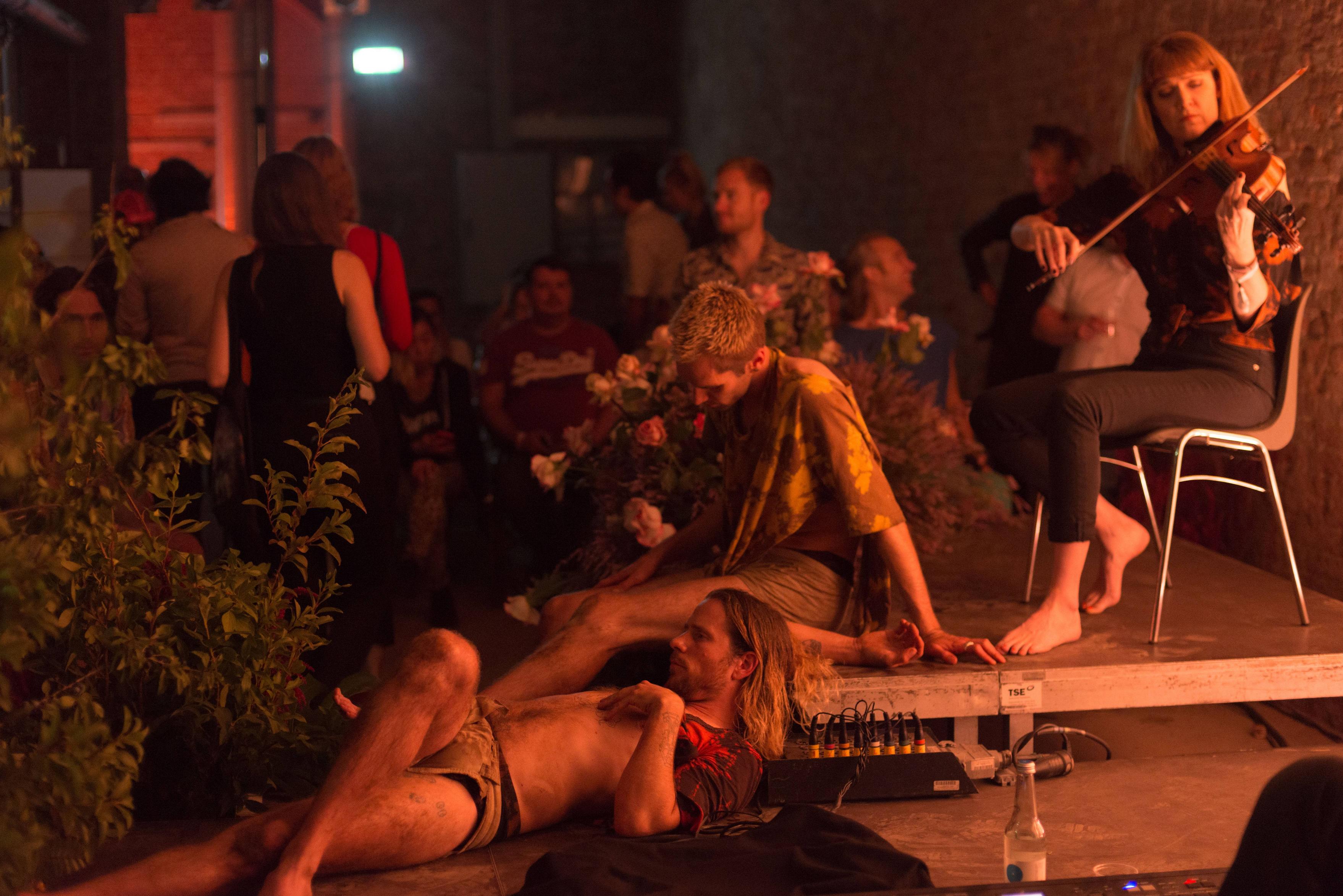 Day two included performances from avant-garde rap stalwarts Shabazz Palaces. At first their rattling beats and elliptical rhymes wowed but eventually the sound became a bit oppressive and you could feel the audiences energy levels dipping. This was in stark contrast to what had come before – the immense force of the Hamburg collective Station 17. Their propulsive sound fused krautrock with fizzing electronics and their energy levels were sky-high. It was an inspiring performance from the collective who are mostly comprised of disabled musicians and have been operating since 1989, notably collaborating with some of Germany’s musical legends, including Can’s Holger Czukay and Michael Rother from Neu. 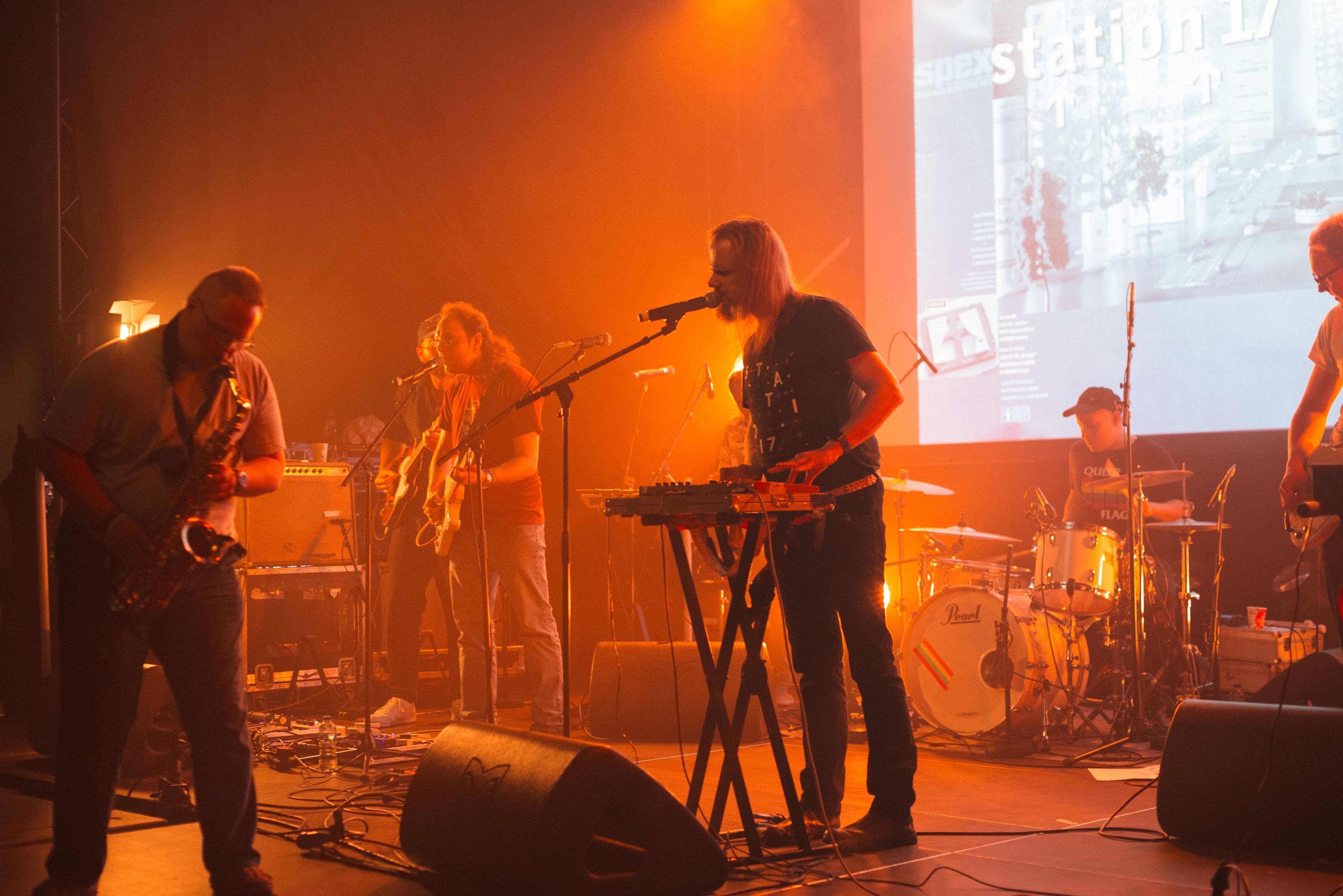 It’s worth noting that throughout the whole weekend the festival were resolutely committed to making it accessible for as many people as possible. Most venues were accessible for wheelchair users and certain performances (including Station 17 and Shabazz Palaces) were supported by a sign-language interpreter. It should not be stunning in 2019 that these services are offered at a festival but it was yet another plus point for the forward thinking of Pop-Kultur.

Serbia’s Repetitior closed out the second day with some of the most visceral music of the festival. The band have been through their fair share of tribulations throughout their career (three albums and counting) and bring all the pent up anger and frustration into their performance blasting through 45 minutes of hardcore-punk, noise and protest.

The final day of the festival was a Friday and with that there was an added sense of buzz to the evening. Locals mixed with punters milling around the vast courtyards, drinking at the various bars dotted around the festival. Swiss dream-pop group Odd Beholder began the final night with a beautiful set, it was a nice salve to the blistering heat within the room, with the undulating synths and gentle vocals lulling the audience into a transfixed state.

We then took some time to explore the festival for one last time, resting in a (mostly empty) room playing drone music lit by neon green light. It felt like the club chill-out room at the end of the universe. But, in it’s own odd way, felt uniquely charming. The night was closed out by a riveting set from experimental stalwarts Deerhoof who played to a packed crowd in the cavernous Kesselhaus. It was a performance always threatening to fall apart but all the more captivating for it.

After this, the sprawling audience dispersed into all corners of the festival, getting one last glimpse of the Kulturbrauerei before everything drew to a close. It was a fitting end to Pop-Kultur, a festival that rewarded those seeking that little bit extra.