Waking up to the sound of birds trilling and clucking cockerels, underneath the shade-bearing canopies of evergreen trees, you can’t help but feel surrounded by an earthly charm unique from other festivals. Pitching your tent within this hilltop forest, pushing your pegs into the rich, nourished terrain, Monticule’s natural identity is unmistakable.

Situated in the enchanting countryside of south west France, the festival’s setting is one of many elements that create a uniquely relaxing atmosphere. Hilltop paths across the rocky land, afford revellers the opportunity to adventure. Descend down from the site’s hilltop position and you find sapphire blue springs and streams, long wispy grass laced with fresh mint plants, butterflies floating between a vibrant palette of plant life. 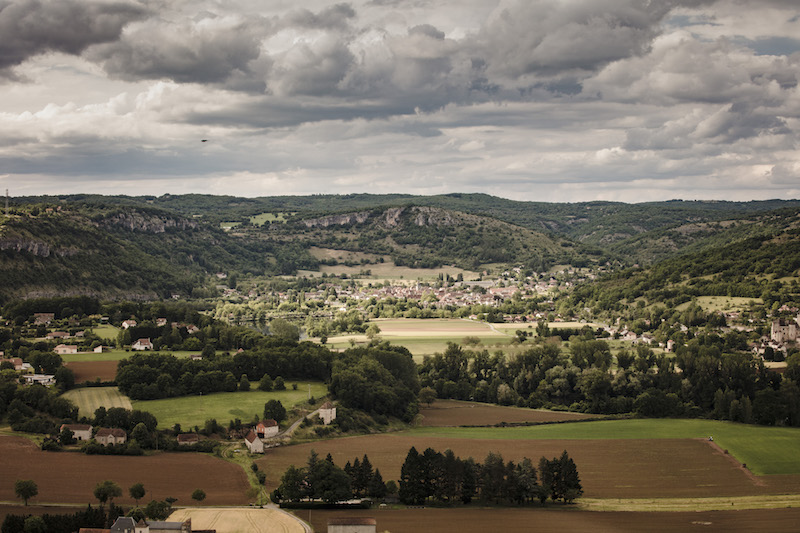 Alongside the tranquil surroundings, the team behind the party placed a big emphasis on shaping the festival as a holiday, an opportunity to unwind and disengage from the hustle and bustle of reality. This focus on wellbeing took action in the form of yoga classes, astronomy lessons and guided tours of the local caves, all providing the chance to reflect, learn and explore.

Strolling between the stages, the Domaine de Gayfié radiates comfort and recreation: in the shadows of the rustic manor at the heart of the property, bodies somersault and slide into the refreshing pool waters. Basketballs bounce as tennis balls ping and pop across the caged court next to the main stage. A panoramic viewpoint perches atop the hillside, and countless shelters, tire swings and hideouts litter the grounds. There’s more to Monticule than the party itself. 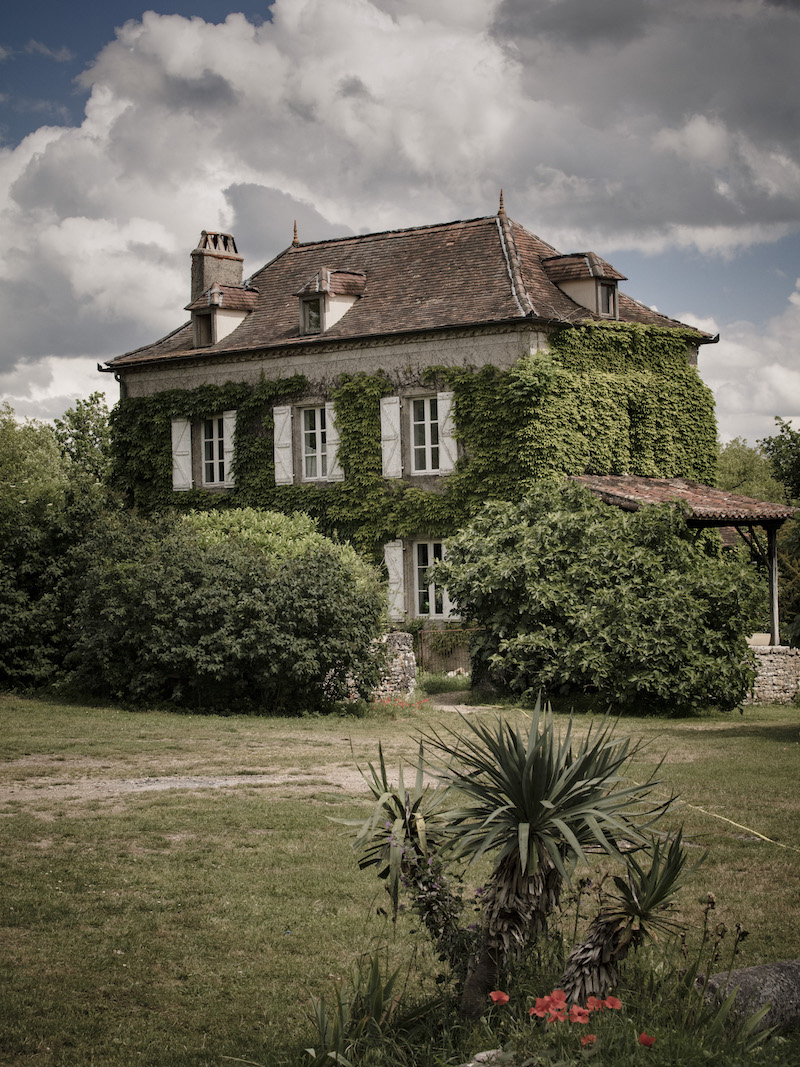 The festival team’s attention to detail and craftsmanship shone through, elevating the festival experience to a higher level:

Sustainable raving was a core theme at Monticule. Cup deposits encouraged their return instead of being dumped off to the side. Categorized bins may not be the reason to buy a ticket, but their installation reflected the team’s commitment to leaving the land as they found it. Seeing such environmental conscience at a party like this was genuinely awesome and meant the festival’s only pollution was noise.

Talking of which, I doubt anyone can have anything negative to say about the production. Funktion Ones were in ample supply, providing a resonant weight and warmth that engulfed the surrounding landscape. Attention had been given to the levels as, whilst it was loud, it wasn’t overbearing. The Principal stage’s spider-esque structure emitted lights that broke the midnight sky’s darkness, piercing the cloud-like smoke that engulfed the crowd. Fluttering fabric frills flickered in the breeze above the Pool stage as DJs selected from their straw shack. The Ambient stage accommodated more relaxing frequencies under its metal dome. From the outside, the Atelier and Grange appeared unassuming, yet once the sun set below the hills, their disposition was anything but. These two reimagined spaces housed swarms of sweaty dancers into the early-hours. 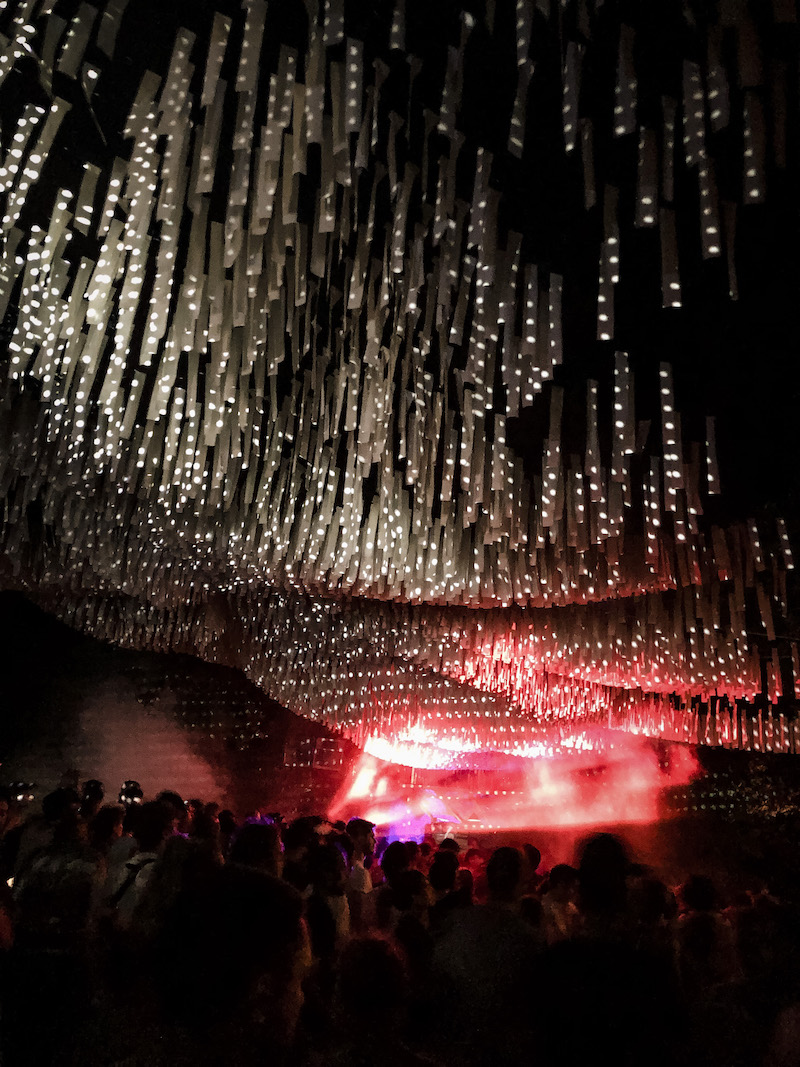 On the Thursday, the Dublab Showcase at the Pool eased the crowd in with chuggy, acid-drenched goodness and classic hip-hop rhythms. Jan Schulte upped the ante towards the end of their session, thrusting heavier basslines and sharp breaks upon our ears. As the sun began to rest its head, we moved on to the Naiv Studios Showcase at the Principal stage. Shimé and Vinson offered up bountiful amounts of hypnotic trance and bouncy italo, before Curses took the stage to offer up their trademark post-punk riffs. Closing out the stage, Manfredas’ odd-ball selection energised the crowd, manoeuvring between slapping electro, kick-heavy rollers and mind-warping synthwork.

After kicking back to Arabian Panther’s expansive blend of French hip-hop and percussive rumblers, I headed down to the Retreat for a spot of yoga. The Love Explosion class was tough work with a beer in hand, but helped steady the mind and stretch out my heavy limbs. This came as welcome relief before the Ilian Tape Showcase’s four-four frenzy. Both Stenny and the Zenker Brothers commanded movement, dolloping acid-laced acid and broken hypnotic beats upon the crowd. Blawan’s set harnessed the stage’s energy perfectly, producing a slamming performance full of ruthless brute force and techno classics. Any DJ that ques up Thomas P Heckmann’s anthem ‘Amphetamine’ clearly isn’t in the mood for messing about. In the early hours of Saturday morning, Jennifer Cardini’s wonky soundtrack complemented the Grange perfectly, transforming the weathered barn into a sweat box. 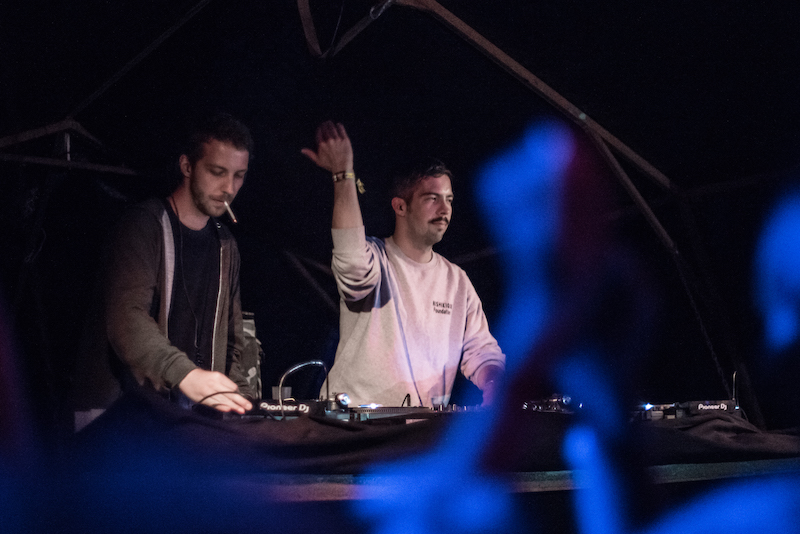 Saturday’s proceedings kicked off with the national treasure that is Brothers From Different Mothers. The opening trifecta of Judaah, Low Jack and Simo Cell traversed frequencies and moods, sidewinding between strung-out dub, French trap and loopy leftfield techno. JME’s ‘Man Don’t Care’ made a welcome appearance, testament to the genre-spanning quality on display. Next up, Oko DJ went B2B with Low Bat, exercising the crowd early with tireless jungle and breaks, before slowing the tempo with trundling trance and ethereal, downtempo drum patterns. As darkness began to fall, Rabih Beaini produced an antagonising set of experimental electronics. With the accompanying trigger-happy lights and strobes, the man formerly known as Morphosis overwhelmed with desensitizing bleeps and low driven bass. Following on from this sensory assault, I:Cube’s live performance slowed the pace with jazzy keys, fluffy pads and celestial acid lines. 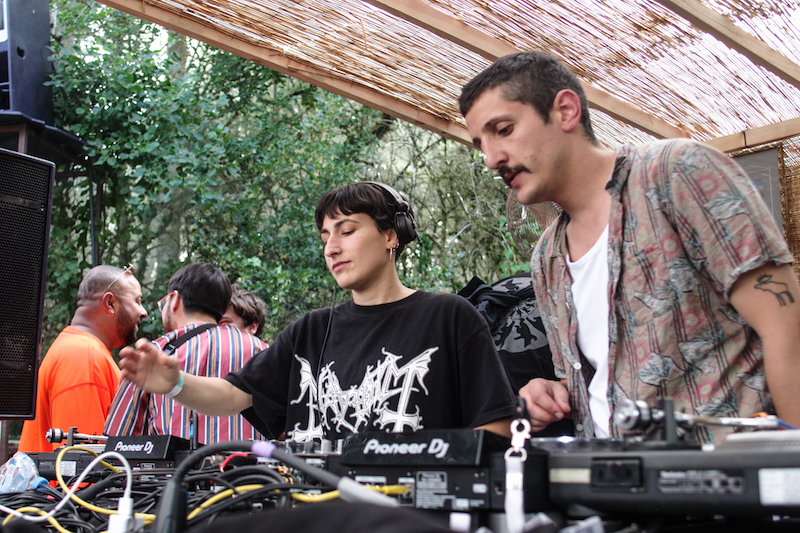 The Sunday saw the friends of Monticule dip and dive between every genre imaginable. Icey electro, gritty east coast rap, feel good disco and everything in between captivated the remaining dancers, picnicking in the middle of the Pool stage’s dancefloor. Under the beaming sun, everybody was still giving it their all, flailing limbs and bopping their heads without a care in the world.