Not many boutique festivals in the UK have gained the reputation that Gottwood has. Taking place on the Northern tip of Wales nestled between rolling hills and the Irish sea, the small close-knit festival have built an intimate family feel since their first edition back in 2009. It might be quite a pilgrimage to reach the site but year in, year out, they’ve succeeded in attracting a dedicated crowd as well as plenty of returning artists and crews. This year marked the tenth in Gottwood’s calendar and it didn’t disappoint. They pulled out all the stops with the line up and gave us a weekend we won’t be forgetting in a hurry.

On entering the site not much has changed in terms of staging and production. The same structures and stages litter the woodlands and surround the beautiful lake with its huge fist, record in hand, protruding from the depths. As the saying goes, if it ain’t broke don’t fix it, and Gottwood have found a winning formula and stuck with it.

Another factor that sets Gottwood apart from the rest is that you rarely need to take note of set times. Roam around and you’ll probably find yourself locked in to an artist you had either highlighted already, or you’ll find something new that you didn’t know you needed to hear. Across the weekend we caught a load of artists we’d seen before plus a host of fresh acts that we will continue to follow closely in future. 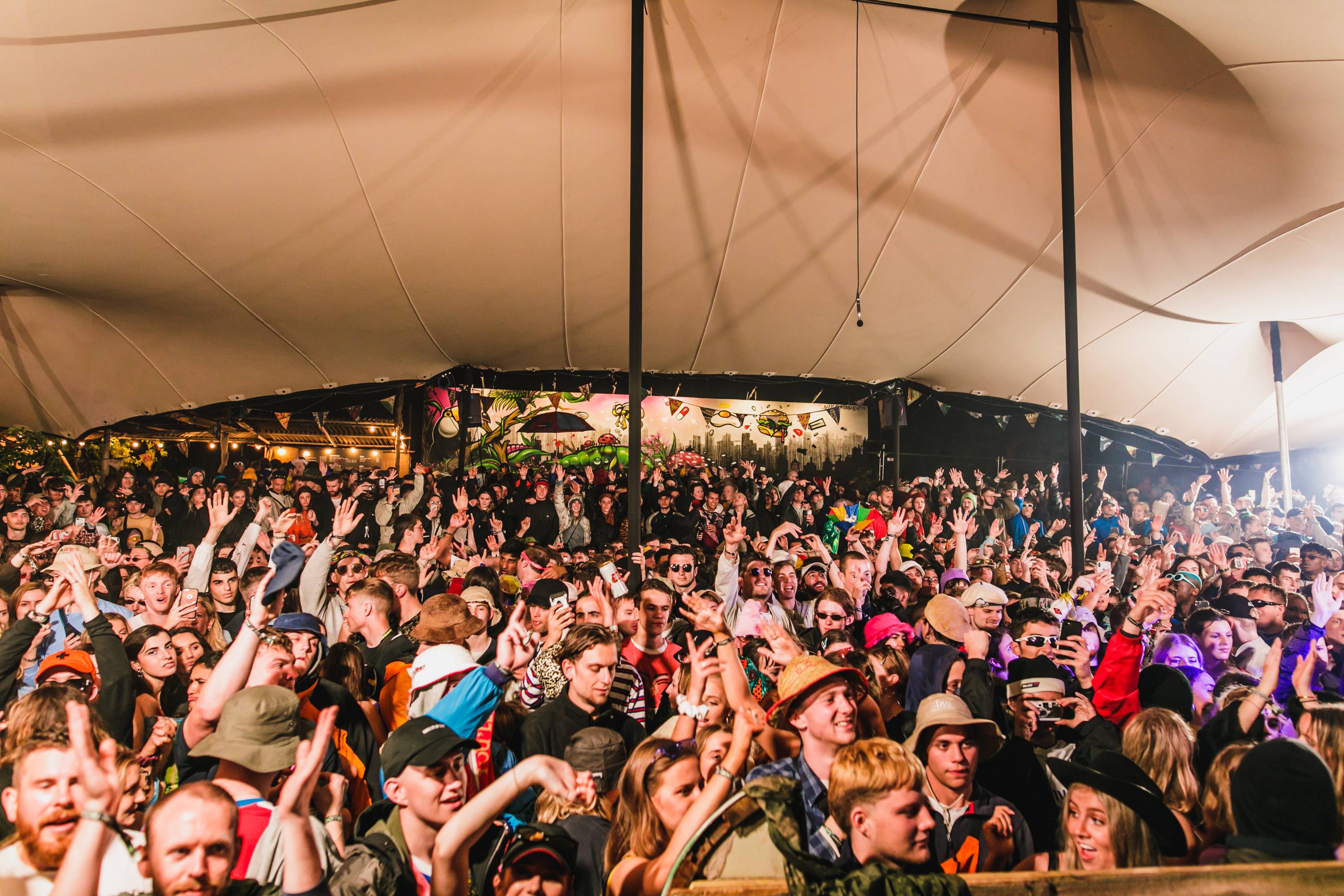 The festival opened its doors officially on Thursday but Friday was when the real fun began, even if the heavens did open in the afternoon. This was the day for live performances. On the lawn we caught Manchester newcomers See Thru Hands who are set to debut on Ruf Dug’s Ruf Kutz label in the very near future, before French funny guys The Pilotwings delighted us with their live show, an hour of unreleased material never heard before. As night fell, swathes of people headed for the Walled Garden for Renate’s showcase. Paranoid London were top of our list that night and their energetic show didn’t fail to give us life after a day spent sheltering from the rain. Tracks from their forthcoming album were woven between classic numbers like ‘The Light Tunnel’, elevated by the live vocals of Mutado Pintado.

Next on the agenda, a heavy dose of electro at The Curve. Adam Shelton gave us a work out under his A-Future alias, the new moniker he uses for his electro and breaks driven sets – sounds he’s been exploring through his EON imprint that he launched earlier this year. Radioactive Man took to the stage next for a live set. Although after a brief set back with a missing cable meant he kicked off the hour DJing instead, it was quickly rectified and his own productions rang through the tent, reverberating everyone inside. 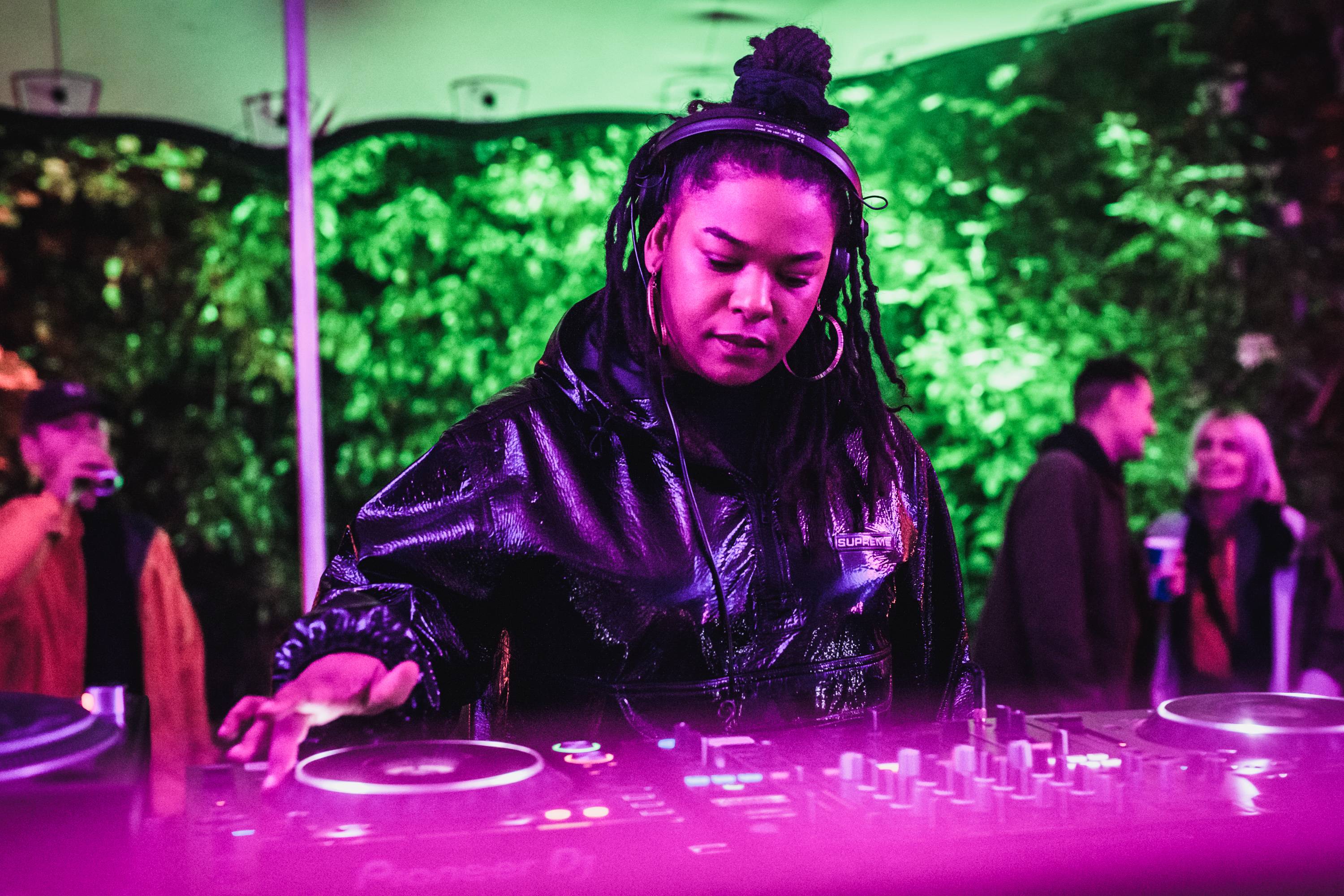 Heading on site the next morning, the ground was soggy and muddy after a night of heavy rain. But it wasn’t going to dampen people’s spirits, we are British after all. The Walled Garden was the place to be that day. Egyptian Lover delivered the goods on the decks and on the mic, he might have broke the fader within the first five minutes but he finessed it, working the crowd into a frenzy with his slick choreography and risqué lyrics. Every now and then, he’d flick through the records in his bag and chuck one into the crowd, aiming for the ladies of course. After bringing his set to a close with ‘P.E.L.F’ he got on the mic one last time leaving the crowd with some parting words to live by: ‘enjoy your life’. Hypercolour boss Cedric Maison took over the stage next warming up the crowd for Josey Rebelle, Mor Elian and DJ Stingray to take us into the early hours. Tel Aviv-born Mor stood out as a highlight of the entire weekend, blending heady electro and techno to a receptive crowd who took in every moment.

Elsewhere on Saturday night, Andrew Weatherall & Manfredas played b2b in the Trigon. With the rain and sludge creating a perfect side dish to a masterclass in the pitched down, Khan’s ‘Slow Stepper’ was absorbed by the green mist and air canons that erupted overhead. A moment we won’t be forgetting. In the Curve, Ivan Smagghe closed Future Boogie’s takeover after Not An Animal’s all-star party-starter-performance. Setting the scene with Theus Mago’s ‘Bum Bum Bum’ early on, Ivan’s set developed into more aggressive, acidic and scorching Techno, with a certain Kink remix stealing the show. 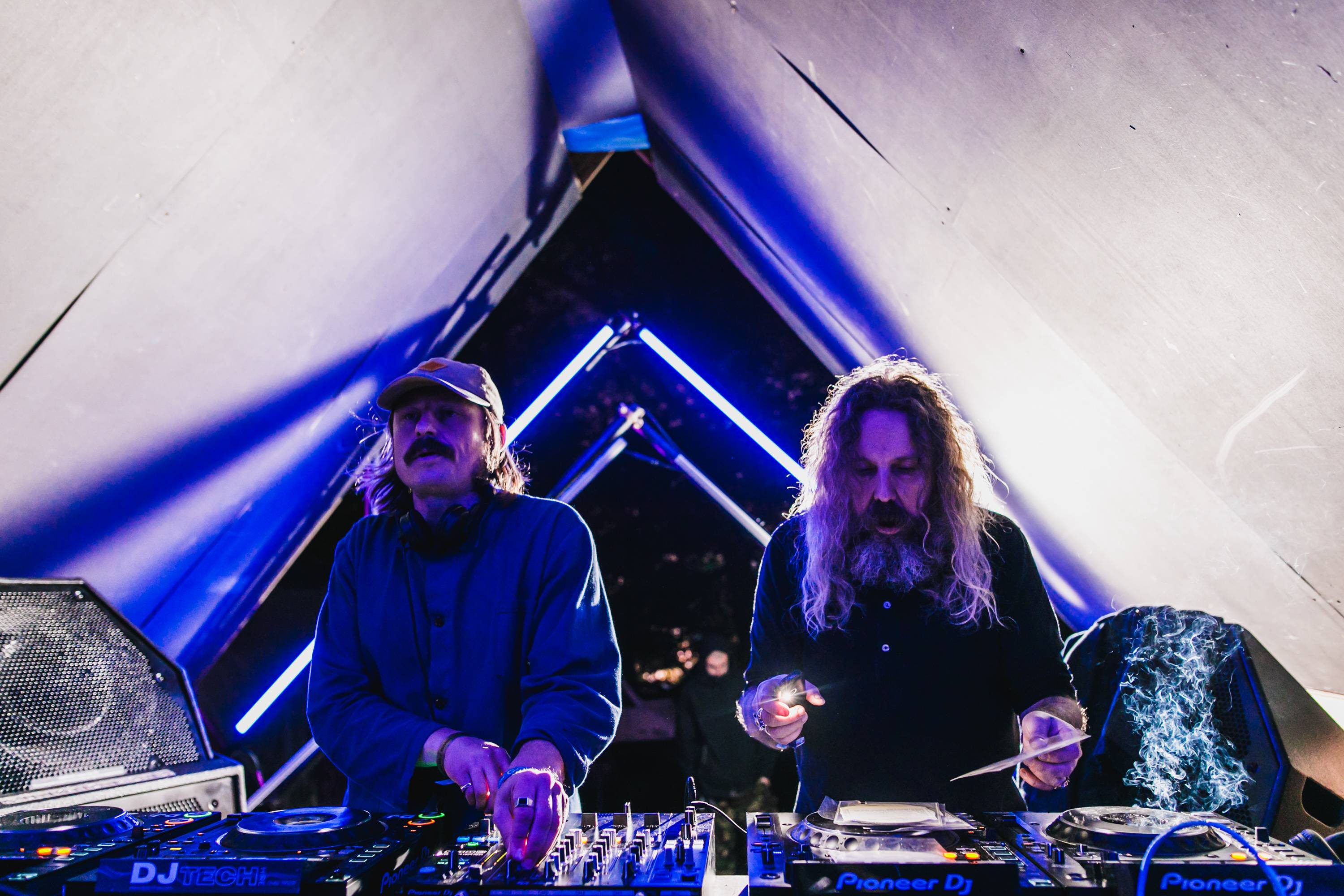 Waking up on the final day of the festival, the sun had dried most of the mud and a swarm of people descended on the lawn with Pimms and bloody marys in hand. We basked in the sun for a while before heading to the Curve for a dose of jump up fun with Bradley Zero and Shanti Celeste; a perfect remedy for sore heads after three nights of debauchery. Their energy was exactly what we needed as they jumped around the stage to pumping house jams like CJ Bolland’s ‘Sugar Is Sweeter’ and Black Legend’s millennium classic ‘You See The Trouble With Me’; you can’t go wrong with Barry White’s vocals and crowd noise samples. 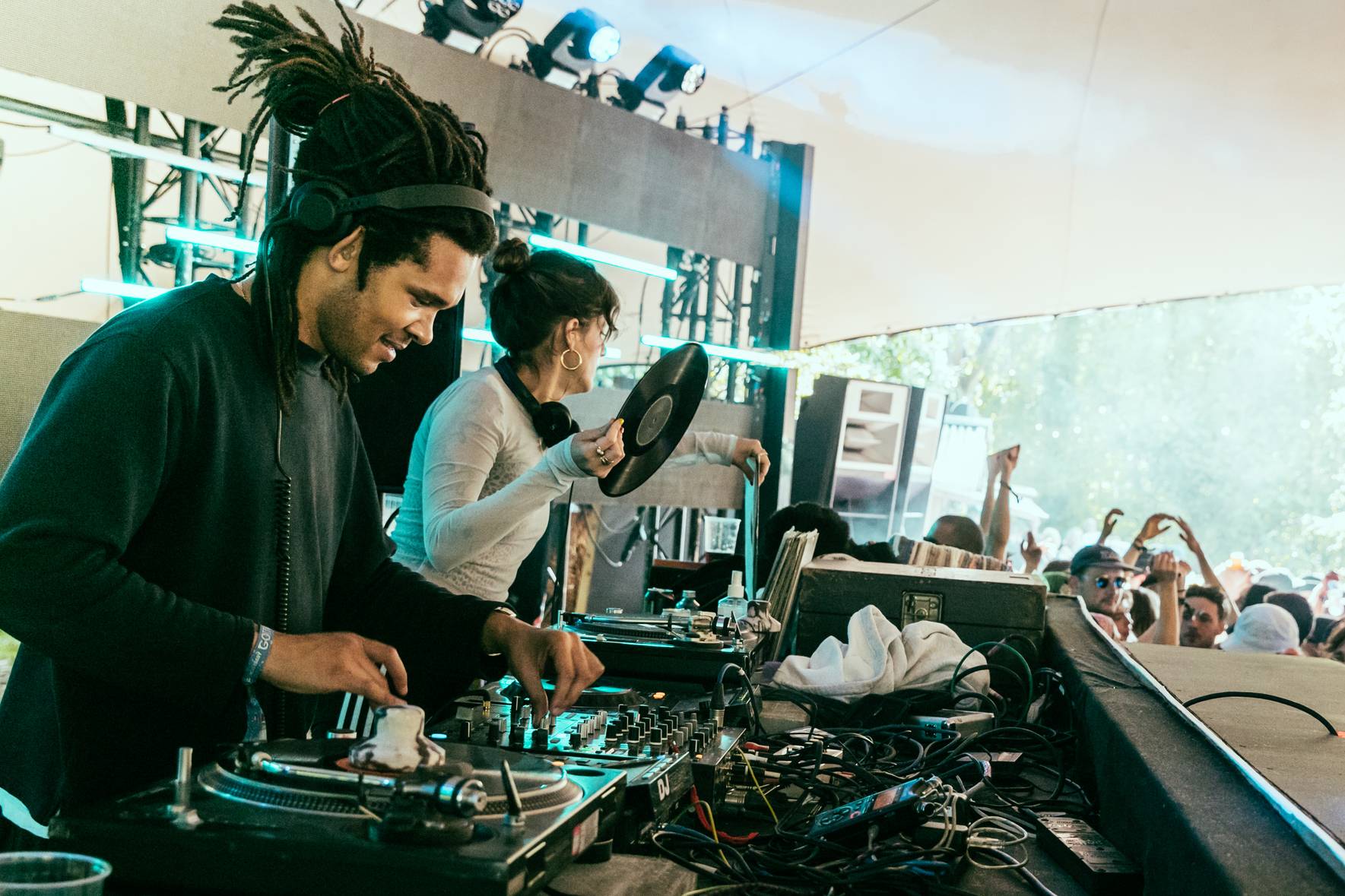 We played host at Ricky’s Disco in the evening, kicking off proceedings after Saoirse did the business beneath the gigantic glittering disco ball. The enigmatic pairing of Peach and Nathan Micay took us through the final hours of the festival, buoyantly jumping between garage workouts, sassy house cuts and a handful of surprising covers for good measure. A bass line dub of The Bug’s ‘Skeng’ and the Artful Dodger’s remix of Sisqo’s ‘Thong Song’ worked their magic, but nothing could prepare everyone in the tent and the booth for the pair’s finishing track. Have you ever heard Andrea Bocelli played out? No, we thought not. Well Nathan Micay changed all that. A fitting end to a high energy set full of light-hearted selections, he dropped his edit of the Italian singer’s ‘Time To Say Goodbye’, a trance-flecked EDM rework complete with airhorns and spinbacks, which had hands in the air and jaws on the floor.

We left on Monday with a few less brain cells but hyped to return to the magical land of Gottwood next year. Hats off to everyone involved for another storming year on the Carreglwyd Estate and an anniversary edition to remember. Here’s to the next 10! 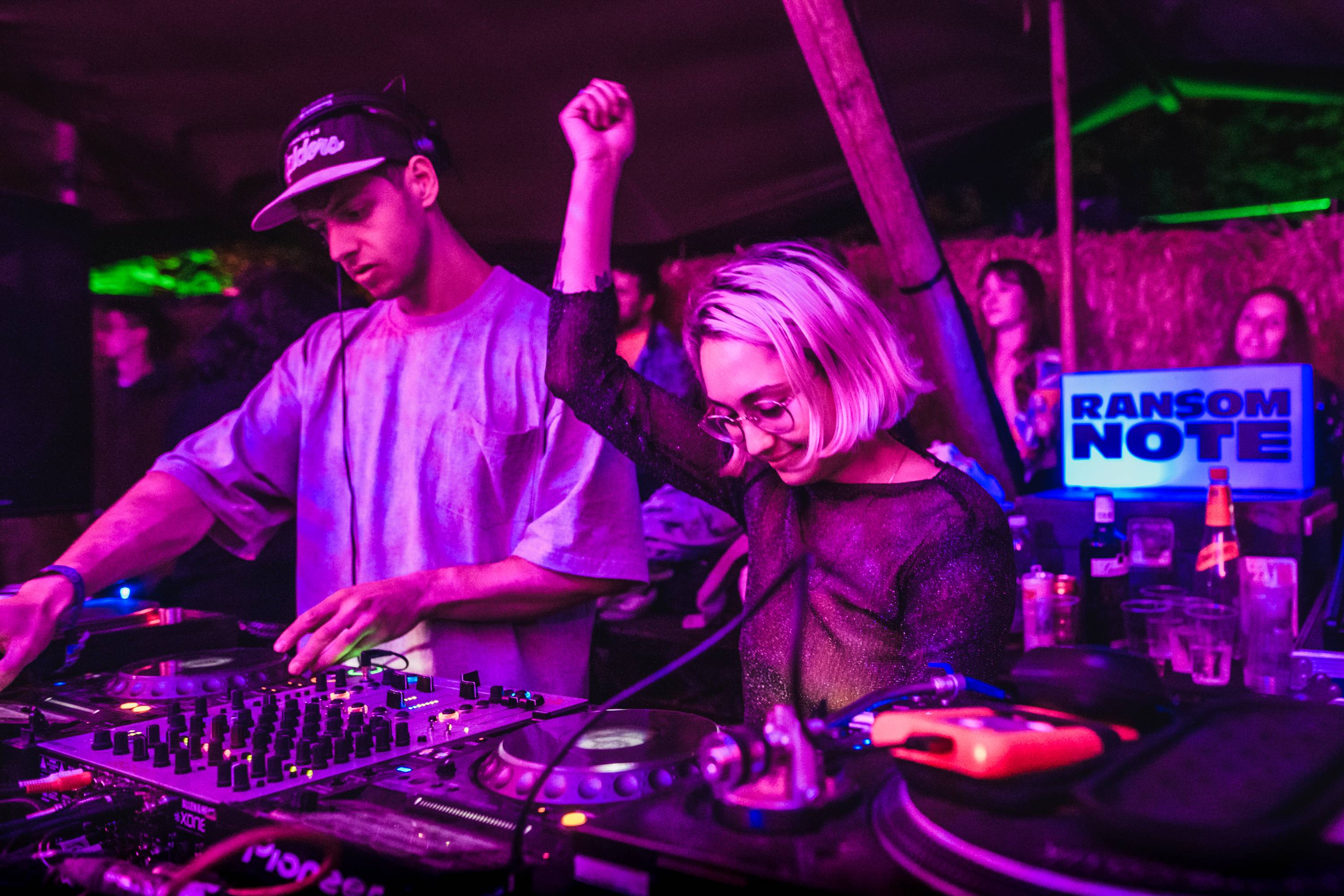