Making their way down snowy roads, some falling, some sliding for the fun of it, by:Larm-goers treated the moments between gigs as an invitation to become children again. When we weren't in the throes of music, we were constantly surrounded by laughter and excited chatter; a surefire sign of a good festival.

Norway’s capital, Oslo, plays host to the elusive but not so uncharted festival by:Larm for three days every February; coincidentally the most outrageous month when it comes to the Scandinavian snowfall. Over the weekend, conferences take place for industry pundits and venues open their doors for the musically-driven. 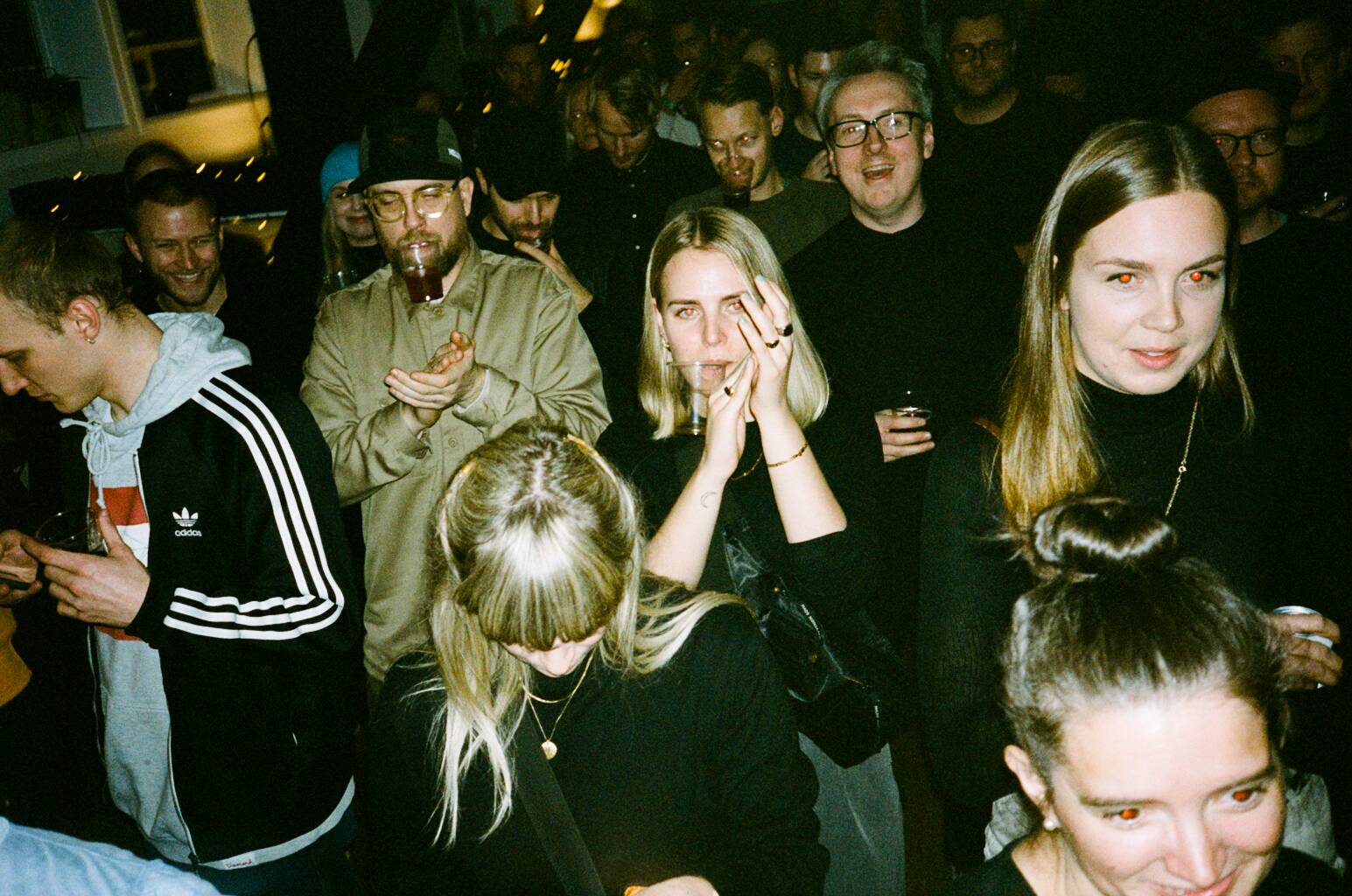 With a line-up dominated by experimental sounds, it didn’t take long for the creativity to start rolling. Artists and DJs alike were dotted around Oslo’s most favourable venues, some of which acted as hide outs from the cold. For its 22nd edition, the festival boasted a long list of names teetering on the verge of success.

As well as a host of local names, many artists from overseas topped the bill including Bristolian duo Giant Swan who kicked Thursday night into full swing. Layering droning vocals atop their boisterous techno seemed arduous at first, but played well to an increasingly sweltering venue. One half of the duo very quickly abided to the ‘tops off’ tradition we know oh so well in UK sweatboxes. 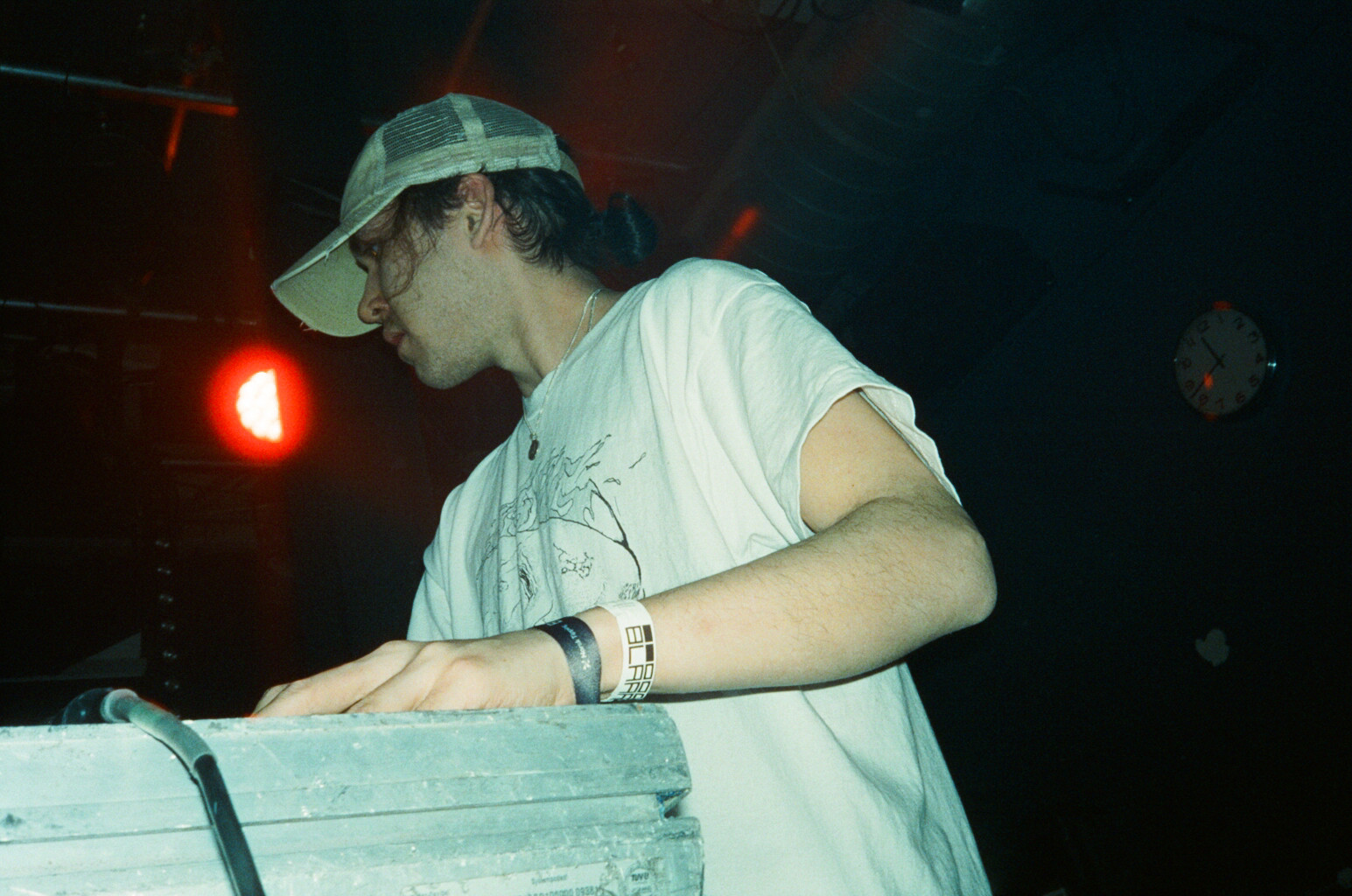 Another UK pair who provided experimental sounds to the tiny Kafe Hærverk were Georgia Ellery and Taylor Skye, the brains behind Jockstrap. Their avant-garde electronica sounded unlike anything else we’d heard over the weekend – a flawless blend of warped synths and pitched vocals setting up for Georgia’s even more surreal violin solos.

Where genre was concerned, by:Larm’s bookings didn’t come unstuck. Though a serious amount of unusual electronic music lined many of the venues, an equal measure of bands and solo artists seemed to be sprinkled into the mix, as well as an onus on a 50/50 gender split across the board. 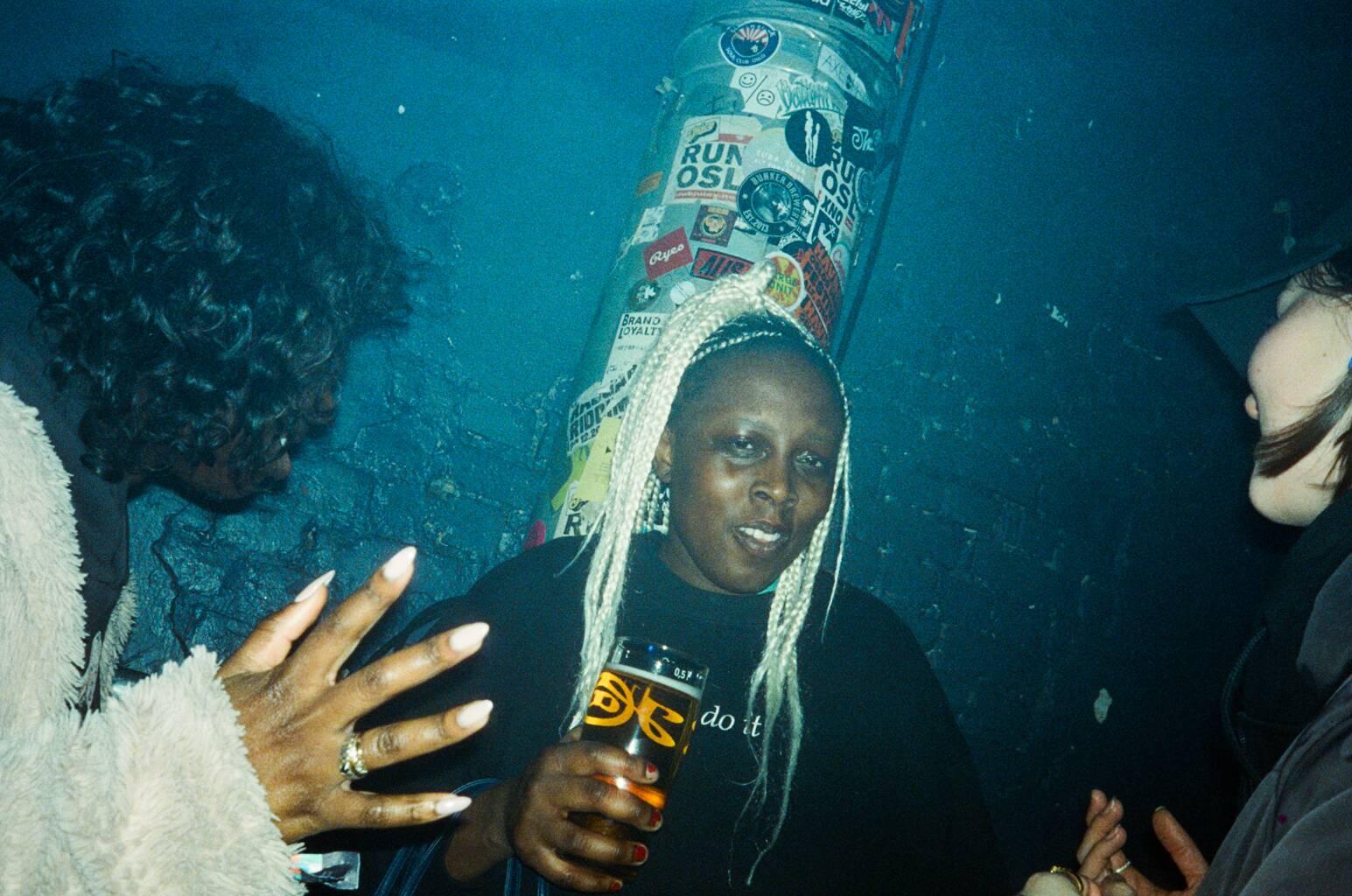 Oslo’s own Pan-Al served some jacked-up Boards of Canada-inspired sound to the city’s more familiar venue, Blå. Other artists who graced the stage of the graffiti-spattered locale came in the form of Klein, and the multi-faceted collective CURL. For us Brits who see snow as little as we see the sun, the blizzard that came on Saturday was even more reason to stay inside the venues (while £10 pints were arguably the only things that strived to push us out).

A foot of snow embossed the city like a Monet painting, but the party continued. With an opportune time to stay indoors until late, plenty caught Beta Librae’s midnight set. Her experimental breaks were enough to transform the underground venue into a full-fledged rave for a short 75 minutes. 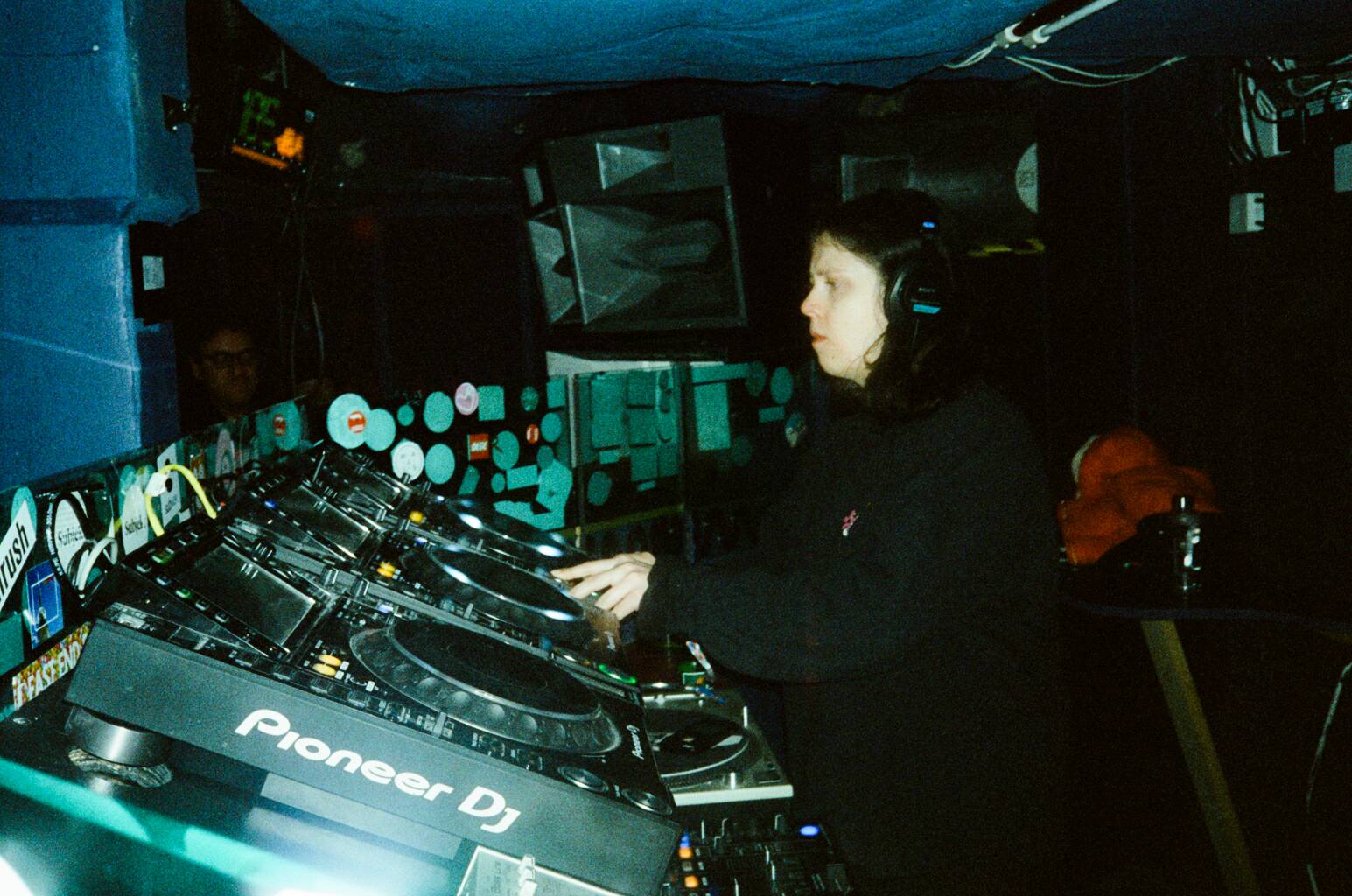 While D.Tiffany touched down with handfuls of debauchery, her hypnotic set overflowing with rapid-fire breakbeats and heavy 4/4 kicks, on the other side of the river, Russian producer Buttechno bookended the festival delivering industrial techno to the less fatigued.

While by:Larm self-proclaims itself as ‘the most essential meeting point for Nordic music’, the three-day weekender offered a righteous escape from highly-commercial offerings littering the rest of the festival calendar. A melting pot of diverse, fresh sounds and previously undiscovered artists, the weekender left us with a list of artists that will now remain on the tip of our tongues for the forseeable. 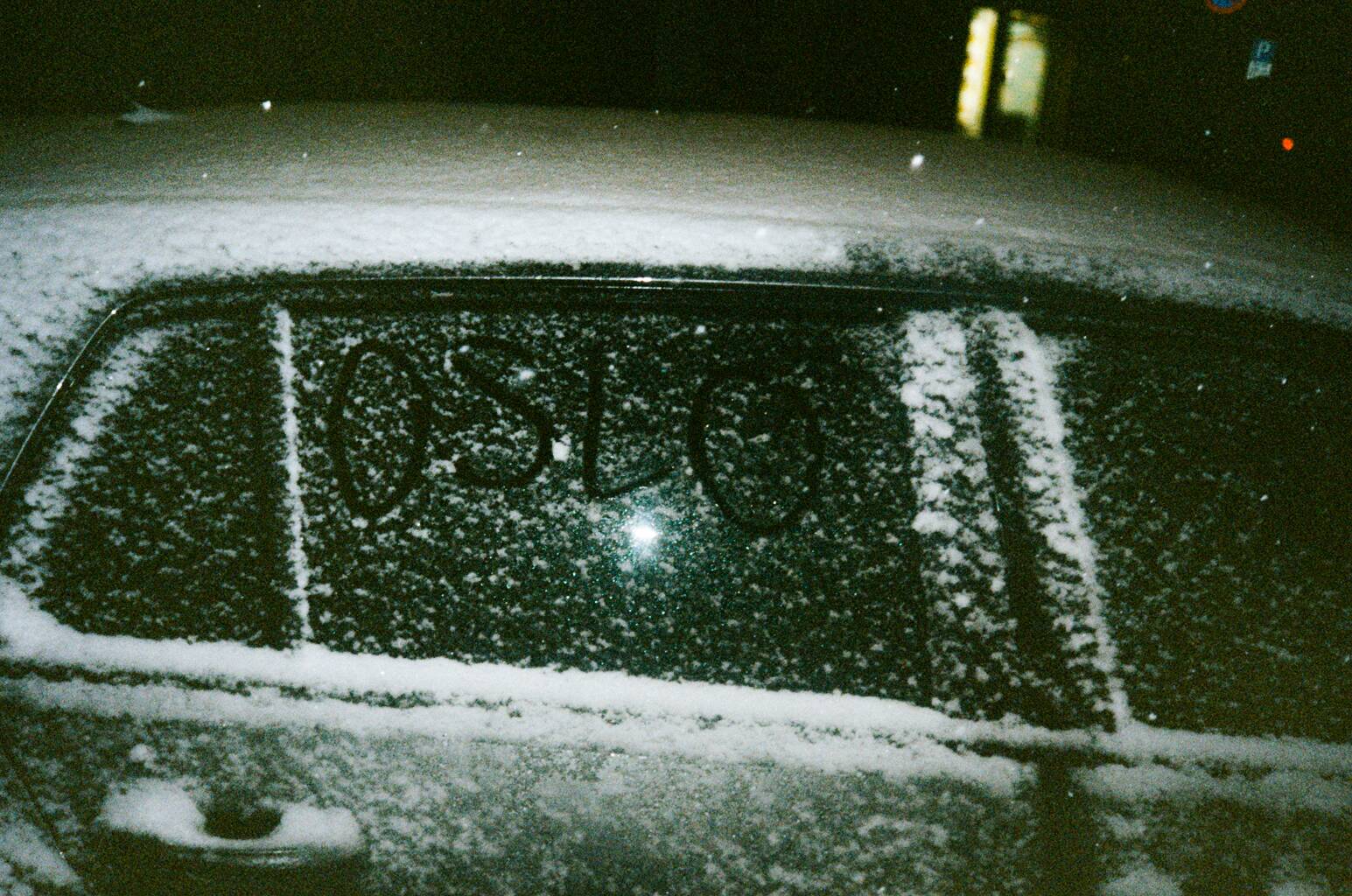