Track By Track: R.Elizabeth – Every And All We Voyage On
Minute Read

Track By Track: R.Elizabeth – Every And All We Voyage On Rachael Finney is an artist, musician and academic based in London, she creates under the guise of R.Elizabeth and has recently recorded a new album for eclectic, forward thinking label Night School Records. It's as intriguing as they come, mysterious and playful with a sense of melancholic longing. It's all sequential, rooted in patterns and a wandering train of thought.

The new album is titled "Every And All We Voyage On" and was produced using a single 80s Casio keyboard, reel-to-reel tape manipulation, piano and vocals. It's hypnotic and eerie with an underlying menace throughout.

We invited Rachael to guide us through the process behind the album; each track in its bare bones…

Cut Piano and the last track Piano Cut are part of the same recording. Throughout the whole record each song contains its own series of loops and repeated patterns. I wanted  these loops to be further enveloped by yet another loop at both the beginning and end so the whole record contains numerous repetitive patterns only to be further enclosed and contained within another loop. I’m always interested in working with loops and patterns – the constant repetition perhaps disrupts a sense of progression, rather you are enclosed within these repeated cycles yet it is this moment where you can begin to make slight shifts where eventually the loop or pattern begins the transform – or not – I’m interested in having things repeat again and again so at points you feel free only to realise its yet another repetitive cycle.

Both tracks started with me playing piano and trying to disrupt the patterns I was playing by having what I was playing being recorded and played back via reel to reel players. As I played the piano would be echoed back to me a few moments later as it passed through the second reel to reel player. The piano and the reel to reel end up having this odd relationship, or conversation with each other. The reel to reel is a way I like to reconfigure my relationship to sound I’ve produced or had a hand in producing. I’m always interested in trying to keep a distance between myself and what I am making, the heft of decision making is something that I try to avoid. Using tape allows gives me that distance so I can renew, or revisit sounds, patterns etc. slightly differently – they become the tapes rather than mine.

An Image is Different

I’m not sure where to start with this track. In previous releases I hadn’t really used or included any beat before so this track began as a challenge to see what happened if I included a more obvious beat, or drum pattern. So you get this kind of upbeat pattern paired with quite violent words yet there’s no energy behind those words. Everything feels at odds. I’m always keen to push a pattern as far as I can – to keep building loop after loop adding additional patterns as I go until it reaches a melody that I can no longer quite work out where one loop or patterns ends or begins. I then like to let words sit in the patterns. There’s no real structure – in terms of building a song, that doesn’t really interest me – rather allow these elements to sit with each other. It might end up interesting, or boring – both of which are fine. 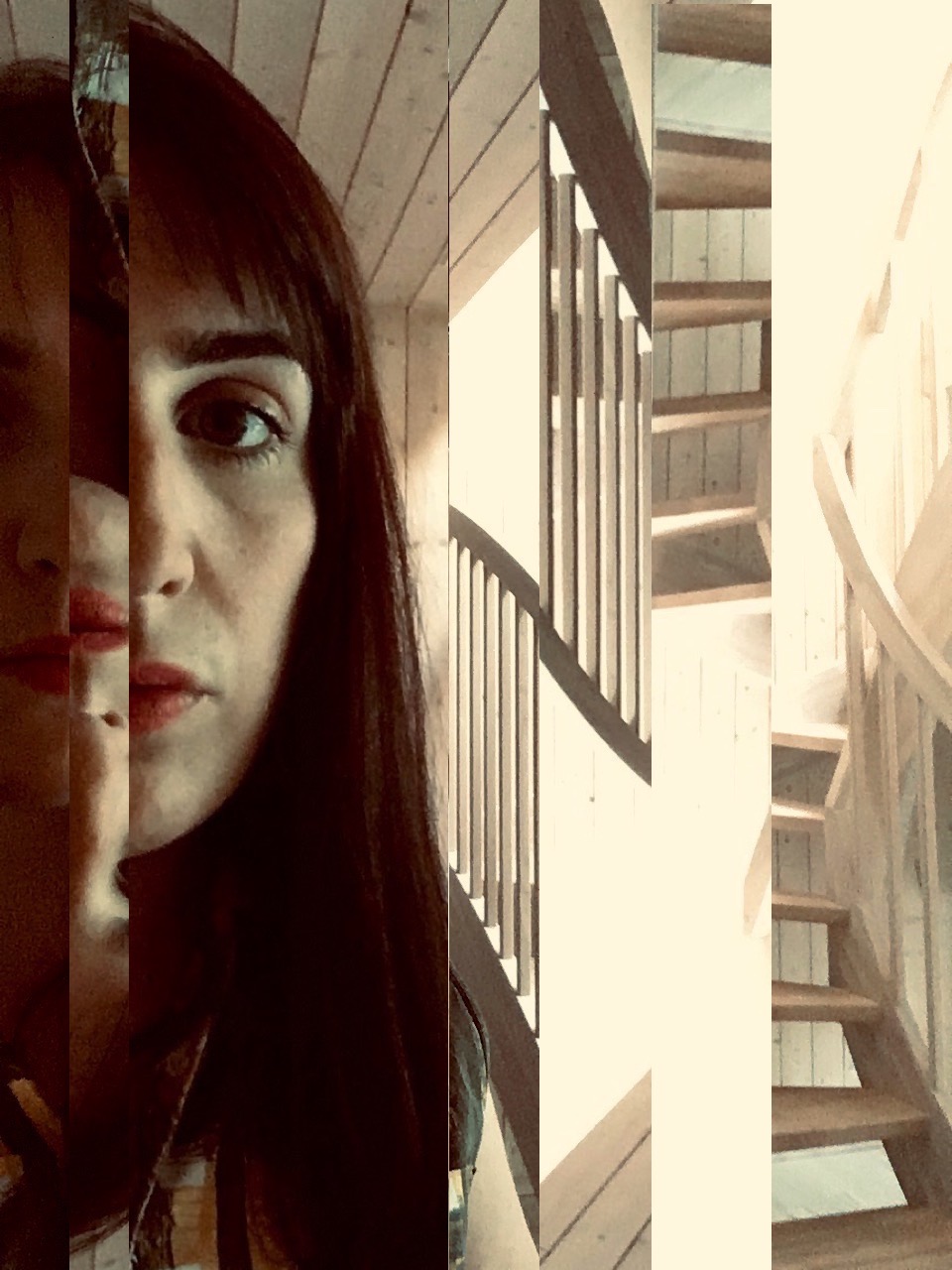 Bar the first and last tracks everything on this record was produced by a Casiotone MT-65 and reel to reel. I prefer working with keyboards as I can keep a track on what I am doing. I get overwhelmed when there is programming involved or anything like that, and my attention span is too short for synthesisers – I can’t remember what steps I’ve taken and often get lost. I prefer to work with keyboards and reel to reels.

This song is quite difficult for me to listen to. It was written during a period of grief. It touches upon the simultaneous experience of feeling absolutely hopeless but also this slow construction of resilience that is often built in these moments – the combination of hopelessness and fortitude seemed to produce a kind of inertia where you’re simply stuck circulating these two states . This resilience is quite sad as, for me at least, it’s a sign or reminder of hopelessness – the two seem to go unhappily hand in hand.

Every And All We Voyage On

There’s a motif of progress in the words of this track – yet this is disrupted by the beat and sinking chord structure that waylays forward motion. This ‘voyaging on’ becomes a kind of ‘voyaging in’ where progress or movement folds in on itself rather than stretching outward. 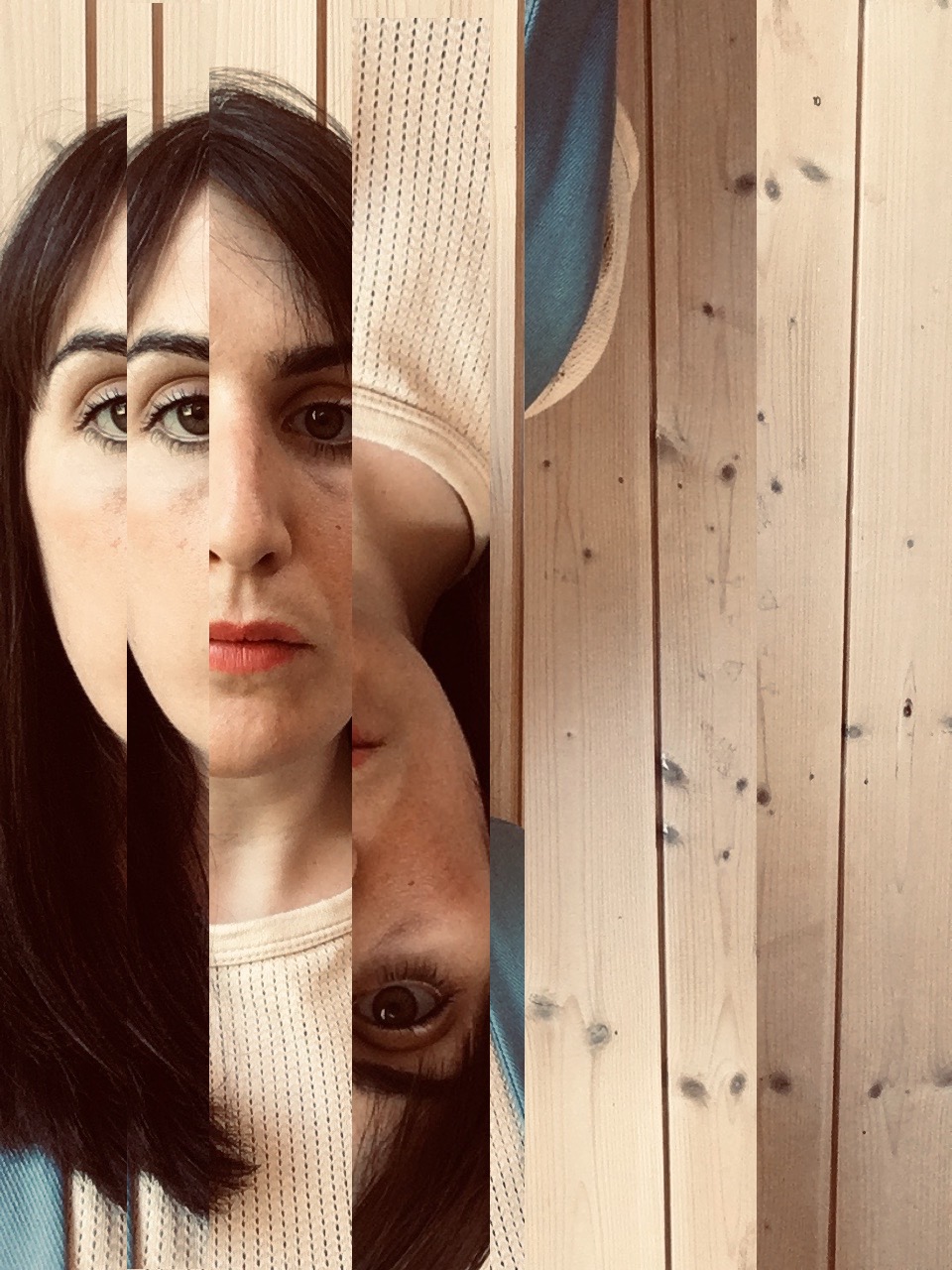 There’s a relentlessness to the patterns in Spiritual to Symphony – they just keep going, there’s no changes just this constant loop until the very end where there needed to be a very abrupt cut like someone pushing you in the chest. Stop. I recorded the vocals while standing in various points of the room I was in. There are vocals that were recorded from the other side of the room and others on top of the microphone, so you get this odd very slight vocal spatialization occurring yet there is such lack of space in the music.

There’s a kind of orbiting of patterns in Tragedy and Trade, repetitions are met but are eventually moved through or passed. Even the vocal which attempts to instruct upon this passing through is repetitive, it loops and loops until finally fading, or finally allowing the listener to move beyond its instruction.

As the record began it ends with piano and reel to reel looping the whole record back in on itself.