Leo Abrahams is a very talented man. He has, among other things, played guitar for Imogen Heap, Pulp and Roxy Music, arranged string compositions for Starsailor and Ed Harcourt, composed film scores for Steve McQueen's Hunger and Peter Jackson's The Lovely Bones and produced records for Carl Barat, Bret Anderson and Frightened Rabbit. And yet somehow he has found time for nine solo releases in the last ten years.

His latest, an LP entitled Daylight, takes influence from Chinese ink art, with the approach to making the album echoing the techniques involved – 'I wanted to let things happen and then organise the results'.

The result is an intricately crafted album, where live music and electronic production intertwine and several genres are visited – even within each song. You can listen to it and buy it here, and read what the man himself has to say about each of the tracks below. 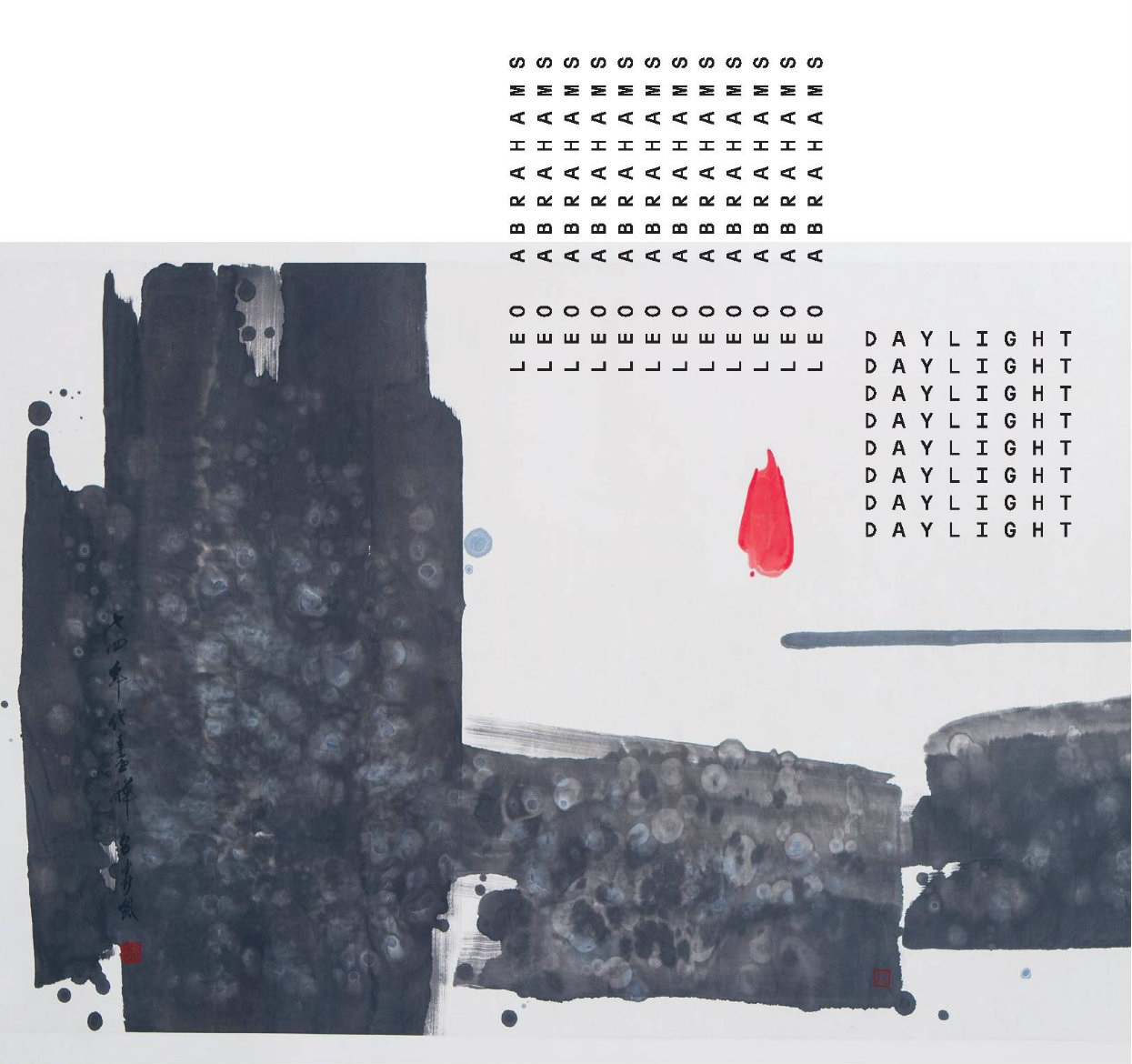 I'd not written music of my own for a while, and felt a bit blocked up; a friend suggested a change of scene, and I ended up in New York for a few days, in an appartment belonging to one of the guys from We Are Scientists. I sat at the kitchen table with my laptop and, trying not to judge myself, came up with about 40 sketches. Most were programmed but there was a beautiful Gibson 345 in the apartment and when I picked it up the riff for 'Halo Effect' came out almost straight away. The vocal treatments are inspired by Cornelius, and although the song is really about losing self-determination in the face of beauty, I always associate it with jetlag and the sleeplessness of New York.

A few years ago I did a solo show in a small Russian town called Dubna, outside Moscow. I got dropped off in the middle of the night at a deserted youth hostel on the edge of a forest and, weighing up my thirst against all the warnings I'd heard, made the foolish decision to drink some of the tap water. I felt like I'd been stabbed in the kidneys and had a dream about driving into the forest and climbing up ladders made of shattered guitars to some cliffs. Somehow this song relates to that experience, though it is also about looking back over time on the journeys we take with people we love.

More prosaically, this track came about in the studio and has no associations – it's just complete abstraction for me, and probably for that reason it's my favourite track on the album. I was struggling with the direction of the whole thing and my friend Leafcutter John really helped me to get back to a state of healthy curiosity; for a time we were acting as occasional consultants for each other (he was making his new record at the same time). John's record is just staggeringly beautiful and every time I hear it or go and see him play I feel sort of naughtily lucky that we're friends.

This song came out of an improvisation with John, and cycling home from his place I came up with the vocal part. I suppose it's concerned with getting sucked into things and losing track of ourselves. Aisha Orazbayeva, a violinist whose first record I worked on, made me a video for it in Kazakhstan, and I now find it impossible to separate the music from her pristine images of the mountains and the Soviet architecture in Almaty.

I produced and co-wrote a record with Karl Hyde (Underworld), and he had a big part to play in getting me writing again; he would make me come up with idea after idea for him to improvise vocals over – sometimes as many as 10 a day. It was really inspiring and, of course, it meant that there were a lot of left-over ideas that didn't fit on his record. This was one of them, which I adapted and wrote my own lyrics for. It reminds me of the sun coming into my studio and Karl and I drinking good coffee from the 46b Espresso Hut on Chatsworth Road.

This one happened very quickly, and felt so natural that the song itself ended up being about freshness and the wonderful feeling of openness in the early morning sun; it also looks at the opposite feeling, and the way those opposites reflect each other. It didn't find a geographical association until I went to stay in the middle of a forest in Lithuania by the side of a beautiful lake, which features in the video.

'Mosaic' started as a long programmed loop; I improvised the guitar part in the first take and decided to try and keep it exactly as it happened, orchestrating it so that it sounded written. I got a lot of inspiration for the record from techniques of modern Chinese ink painting (my favourite artist being Lui Shou Kwan), and this approach to 'coloured' improvisation is partly drawn from that. The video was shot at the place where I first discovered these paintings.

This was written in the New York kitchen, and came about as a result of me throwning comepletey random guitar chords in a software sampler and then triggering them (also randomly) at different speeds. There was a playground outside the window and I arranged some of the sounds around what was happeneing there, but in the end decided to take out the playground sounds because they were taking up too much space.

I recorded drums in LA with Stella Mozgawa. Although this track is totally abstract and came about through me trying to make grooves with as little musical input as possible (normalizing background noise, randomizing plug-ins, etc), it powerfully reminds me of watching Stella respond to this awkward backing track in the most amazingly musical way.

A friend of mine had a life-threatening illness at a very young age; she beat it, and part of her recuperation was in a remote cottage in the countryside. Despite all she was going through, there was an amazing feeling of peace and positivity there which seemed to radiate from every lovingly-placed object and from the house itself (although when she first arrived there is was a bit of a wreck). It felt as gently dignified as a little church. In a way I associate parts of this track with her and that place, although it certainly wasn't a conscious thing in the writing.

I had a writing day with Luke Smith, a brilliant producer and modular synthesist whose studio is near to mine. I have to say, I mainly associate this track with staring at the computer screen trying to work out how to turn a 15-minute jam into a 5 minute track. It went through many incarnations and had lots of technical problems along the way. The main guitar sound is made with Michael Norris's spectral filtering plug-ins, played live. It still feels like quite an odd track for me to have made, but it managed to crow-bar itself onto the album in the end.