Permanent Vacation are a record label which have long since cut their teeth in the electronic music industry. The duo have a particular niche for exposing new talent and showcasing the unusual perspectives of musicians via unchartered means. Introducing a new vision from a familiar producer…

Aera is the founder of Aleph Music, a disc jockey and musician from the North of Germany who now resides in Berlin. He has released a sprawling array of music on the likes of Innervisions, Maeve, Pets Recordings and more. Most of this has been centred around dance and music built for the clubs. However, his new album sees him venture into new territory as he dabbles in ambient textures and experimental soundscapes on a new album titled "The Sound Path".

We invited him to take us through the album piece by piece below….

To The Edge Of The World

You can consider yourself lucky! I originally recorded vocals for this song, but wisely decided to leave them out. It's a lovesong of sorts, about wanting to travel to the edge of the world with that one special person. That's also why I've used the sax solo. What spells L-O-V-E better than a sax solo? See.

This is a song about childhood. If you want me to be overly specific – it's an ode to the electrical Farfisa organ that was in our living room. It had a little rhythm box, an arpeggiator, some effects, bass pedals and a kind of weird horn section – just like this little tune! As a child, I used to spend hours in front of the organ, trying out different tones, twisting the knobs, abusing the arpeggiator and auto-companient. Guess not much has changed since back in the days, has it?

One of the few songs that date back from before late 2016/ early 2017 when most this album was created. I wrote the main synth sequence on the secluded Canarian island of La Gomera, where I spent the winter of 2013. I had my little recording setup in an apartment overlooking the Atlantic ocean and  surrounding valley. It was beautiful. The title is also a little nod to my first solo release in 2010. You need to figure that one out yourself.

I made this one afternoon in spring 2017 in some sort of magical burst of inspiration but don't actually remember much of it. I can tell you that I recorded all of the percussions, tambourine, handclaps, etc with my Shure SM58 microphone. I can tell you the sequence is made up of 3 different synthesizers (Roland Alpha Juno / Mutable Instruments Shruthi / Clavia Nord Rack) eaching playing the same melody in a kind of â€žcanonâ€œ style using two esoteric Max For Live patches. I can tell you about the Korg M1 being of my favourite Synths for chords and pads and general New Age goodness. But who cares about such minor technical details. What was I thinking? What does the title mean? What did I eat that day? Why did I assume a guitar solo would be a good idea? We may never know.

The obvious dance floor track on the album. And it has me singing! Through a vocoder luckily, but still. The lyrics were partly inspired by the sun worshipping practices of the ancient Mayans in Mexico – I just left out the part with the human sacrifices. They were also partly inspired by the idea that the sun will never stop shining, no matter the course of our insignificant human actions, which gives me at least some peace in these troubled times. Even though technically not 100% correct (the sun will off course stop shining and explode in about 5 billion years), I hope you get the idea somehow. 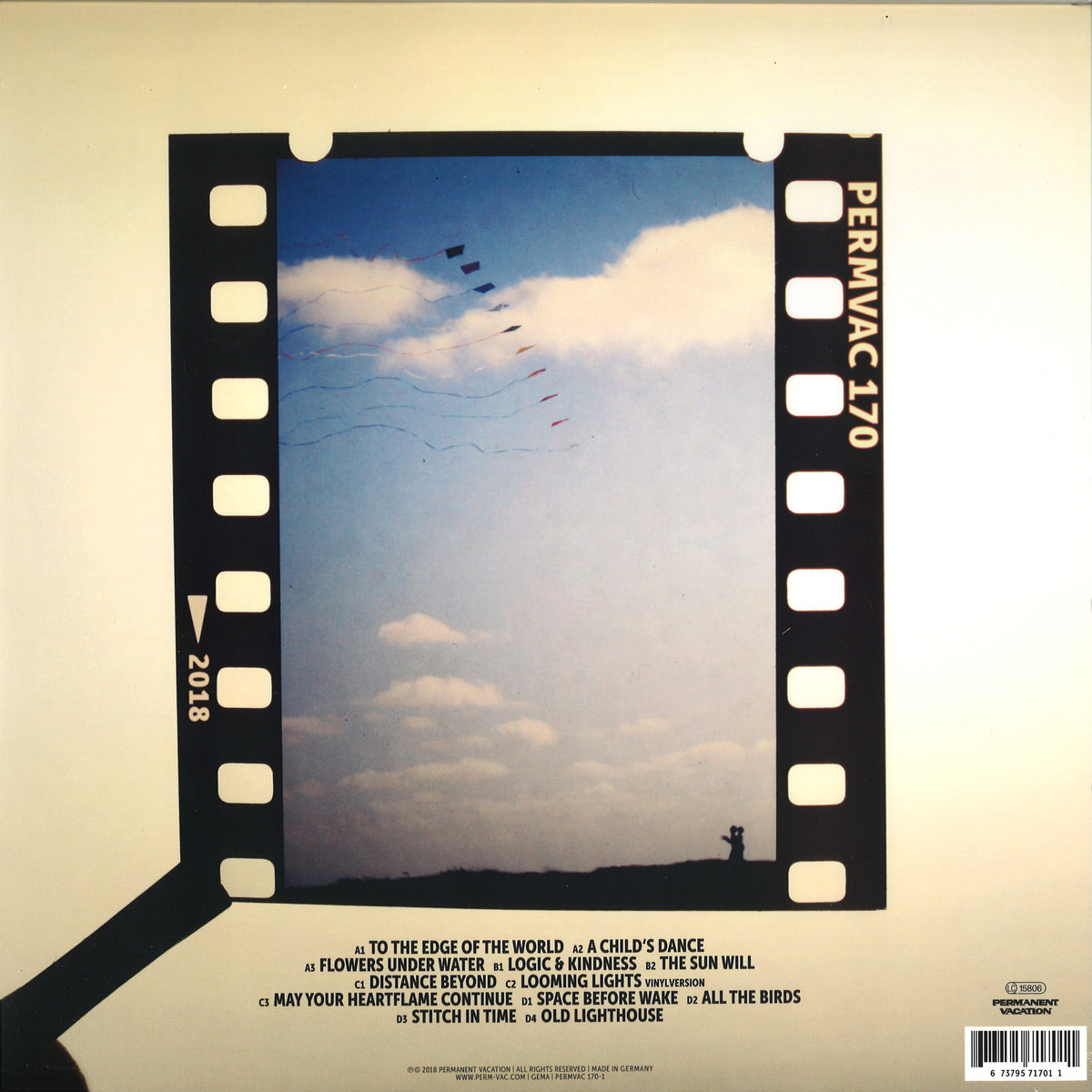 I have no idea how and when and why I made this, but it somehow sounds like you're on the surface of some strange planet where our earthly rules of physics don't apply and time is going in 5 directions at once while also standing completely still and your body is made of liquid that evaporates into tiny holographic bubbles that are interconnected by some enhanced state of universal consciousness which forever radiates love and light in the colors of the rainbow. Doesn't it?

May Your Heartflame Continue

This is a really special one – it's the first tune that I made for “The Sound Path”. After it was finished, I knew that I was going to do this album.
I had a really tough time by the end of 2016 / 2017, a lot of things in my life got turned upside down, I quit my dayjob, too many friends got seriously sick, some people very close to me passed away, fucking Trump became president, the world seemed like it was about to end, yet again. Working on the album helped me deal with a lot those things. The song is also a homage to my father. I felt his presence in my room when writing it. I still get chills listening to it.

A little interlude. Please don't ask me how it was done. My Visible Cloaks moment. Could have been longer maybe. I think it describes the state of your mind just before fully waking up, where you're not totally conscious, but also still not dreaming anymore. I just googled it. It's called Hypnopomp. What great name for a band! It's also dedicated to a person who was in that in-between state for way too long, urging her to finally wake up. And she did!

If I were a DJ, I would actually play this one out! Oh wait -I AM A DJ! So yeah, catch me playing this tune in a club near you soon! I'm on tour! Check my schedule!

I guess this one is also rather playable as well. It has trademark Aera arpeggios, a 4/4 kick drum and a cool little breakdown.
Oh man it starts to feel really weird talking about my own music for so long. It's so self indulgent. Happy I'm almost done with this thing, I'd much rather MAKE some music now. It's the greatest thing in the world. I could do it all day long. Just the feeling of pressing some buttons and turning some knobs and suddenly creating this whole world of textures and sounds and feelings is just the best thing ever, still after more than 20 years.

The moody closing track. Vangelis says hi! A few of my friends who already heard the album actually told me they had tears in their eyes while listening to it. One of the greatest compliments I could get and actually the whole point of this venture. Ok, not actually making people cry, that would be a bit mean I guess, but at least making you feel. Something. Anything.