What connects humans, mechanics and electronics? Berlin-based label, party and DJ collective Mechatronica have been exploring that relationship through their releases and parties in the German capital.

Label co-founders Casper, Dani and Federico met at Loophole, a small club in Neukölln just a few months after Casper made the move over from Copenhagen in 2014. "Dani and Federico had befriended each other after coming to Berlin from Chile and Italy" says Casper. "They had been producing, DJing and putting on smaller Mechatronica parties in Berlin for some years when I met them. Dani was doing these crazy 8-bit gameboy live sets and Federico had, and still has, an amazing electro and acid collection, so I was really into what they were doing." After connecting with them, both musically and spiritually, Casper joined their collective.

Two years later they added the label arm to their operation. People in Berlin were responding to the sounds that they were showcasing at their parties, and with Casper keen to be involved more intensely in music than DJing and promoting, it was a logical next step. “At some of the early parties we were especially blown away by sets from UHU, Luke Eargoggle, Sync 24, Etcher/Obergman and Privacy, and that’s how they ended up on the first record we released.” These relationships with the acts playing at their parties would continue to be the creative power behind their future releases, including EPs from No Moon, Jensen Interceptor and Assembler Code, who have all previously been invited to play at one of Mechatronica's monthly events. 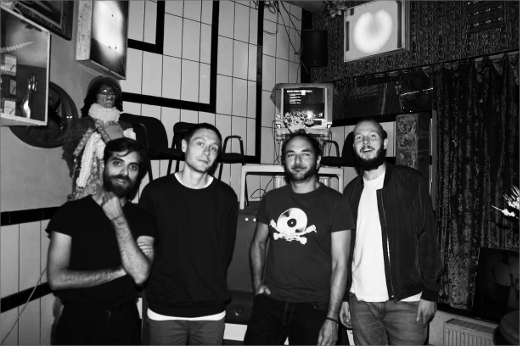 Although Casper takes care of the day-to-day running of the label and parties, he says Mechatronica is very much a sum of its parts. "Dani produces under the alias Daribone and plays live, while also taking care of all our designs together with his brother Andres, operating out of Santiago in Chile. Our records, flyers, posters, stickers, merch and everything else has always been designed by this duo." Then there is the fourth member of their collective Milan Hermess, a resident at the parties who helps with bookings and provides another perspective on the label's music selection.

Built on their collective interest in exploring the relationship between humans and mechanics, as well as a deep love for live hardware, Mechatronica's sound is firmly rooted in electro, breaks and acid – the genres that have, and continue to, inspire them. Last year, as an outlet for their other tastes, they launched their White series offshoot, each limited to 300 releases on white label. “We started the White series to be able to put out records in the direction of new beat, italo, synth, new wave, EBM etc. – all genres that have been instrumental in one way or another to the development of the sound at our parties, as well as in our sets and productions in the collective.”

From the outset they had a very clear idea about the label's identity and sound, however Casper says the logistics of running it took some time to get used to, particularly because there were no German natives in the group. "To be honest I was pretty clueless about it when we started, not to mention founding a company in the German bureaucracy madness. Doing everything correctly by the books in a country that none of us grew up in was quite the obstacle, but we learned the ropes and got help from the right people along the way. We speak German together and have lived here for years, but even then it can be pretty difficult to know the ropes and set up a company in an alien financial system." Despite these hurdles Casper, Dani and Federico's motivations to spread their sound is ever increasing, and it's paying off, with their releases getting recognition across Europe and leading to parties outside of their Berlin home.

Casper celebrates this appreciation of what they're doing, particularly in terms of introducing them to likeminded collectives across Europe, some of which have invited them to bring the sounds of Mechatronica to their countries to put on label showcases. "It wasn’t really an effect we had expected when founding the label, and we still are positively surprised when we get asked to bring our artists and do a showcase somewhere." Before 2018, they hadn't taken their nights elsewhere and with Casper, Federico and Milan being DJs first and foremost, these invitations provided an opportunity for them to share Mechatronica's sound outside of their own nights in Berlin. 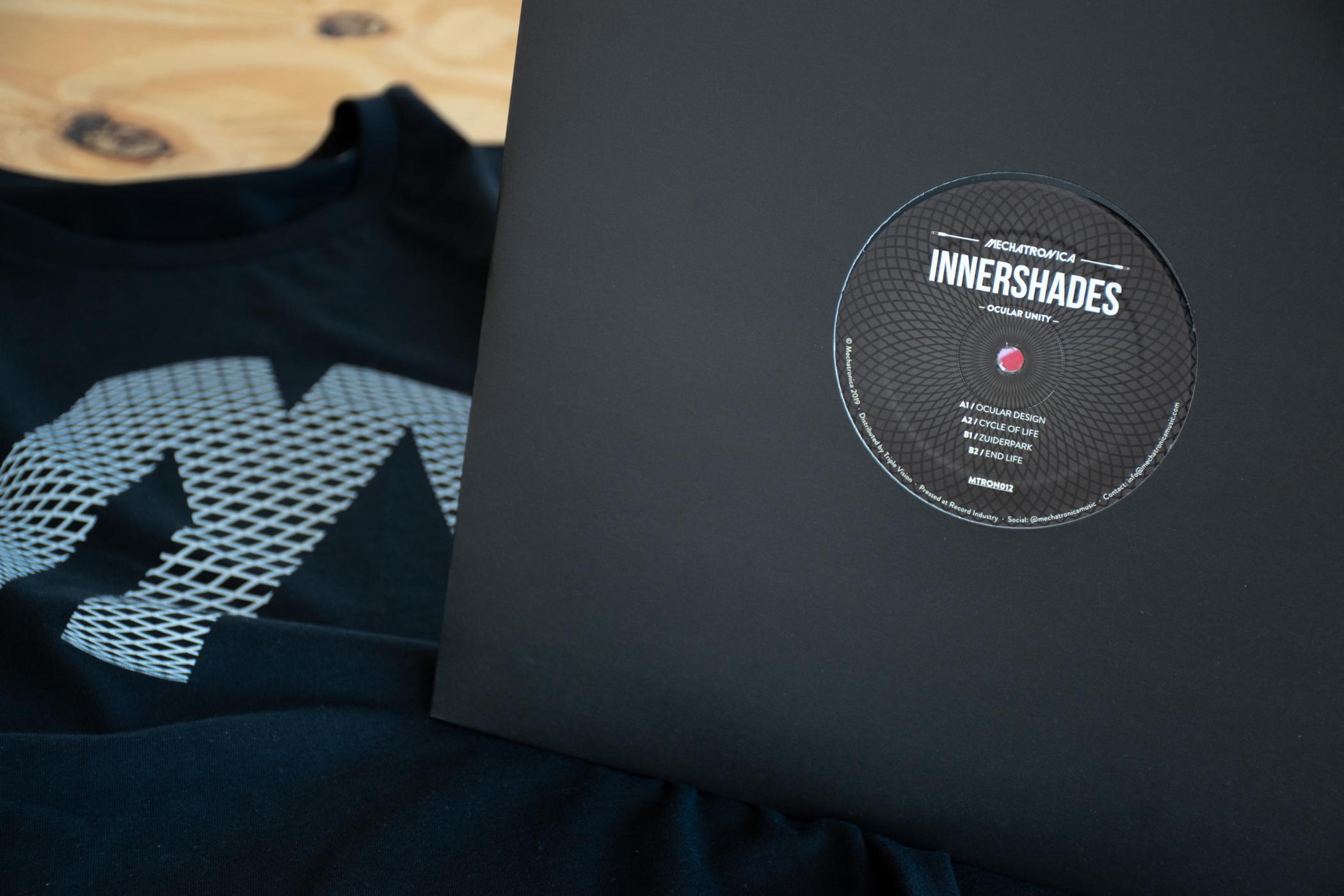 There's plenty of exciting things on the horizon for the Mechatronica crew. Release-wise; Slovenia's DJ Umek delivers some heavy electro cuts under his Zeta Reticula alias, plus the label's White series returns with an EP from Dani under his Daribone alias. Looking to autumn and winter, they will be welcoming the likes of Solid Blake, Credit 00, Heap and many more to the label, plus the parties are still going strong at their home of Griessmühle, with a 24-hour long party with Rotterdam's Pinkman crew locked in and another alongside Cultivated Electronics in October.

Casper hails their previous collaborations with these labels as some of their biggest achievements to date. "The amount of people coming out to listen and dance to this sound was mindblowing to us. We were also really humbled, as we started meeting people who travelled from the UK, Spain and the Netherlands to Berlin in order to visit a Mechatronica night, having recently come into contact with our sound through our label. It felt very surreal and full-circle at the same time."

Mechatronica may have been built on exploring the connection between humans and electronics, but ultimately it's really those human to human connections, both internally and externally, that have been fundamental to how this very special collective have flourished over the last few years. 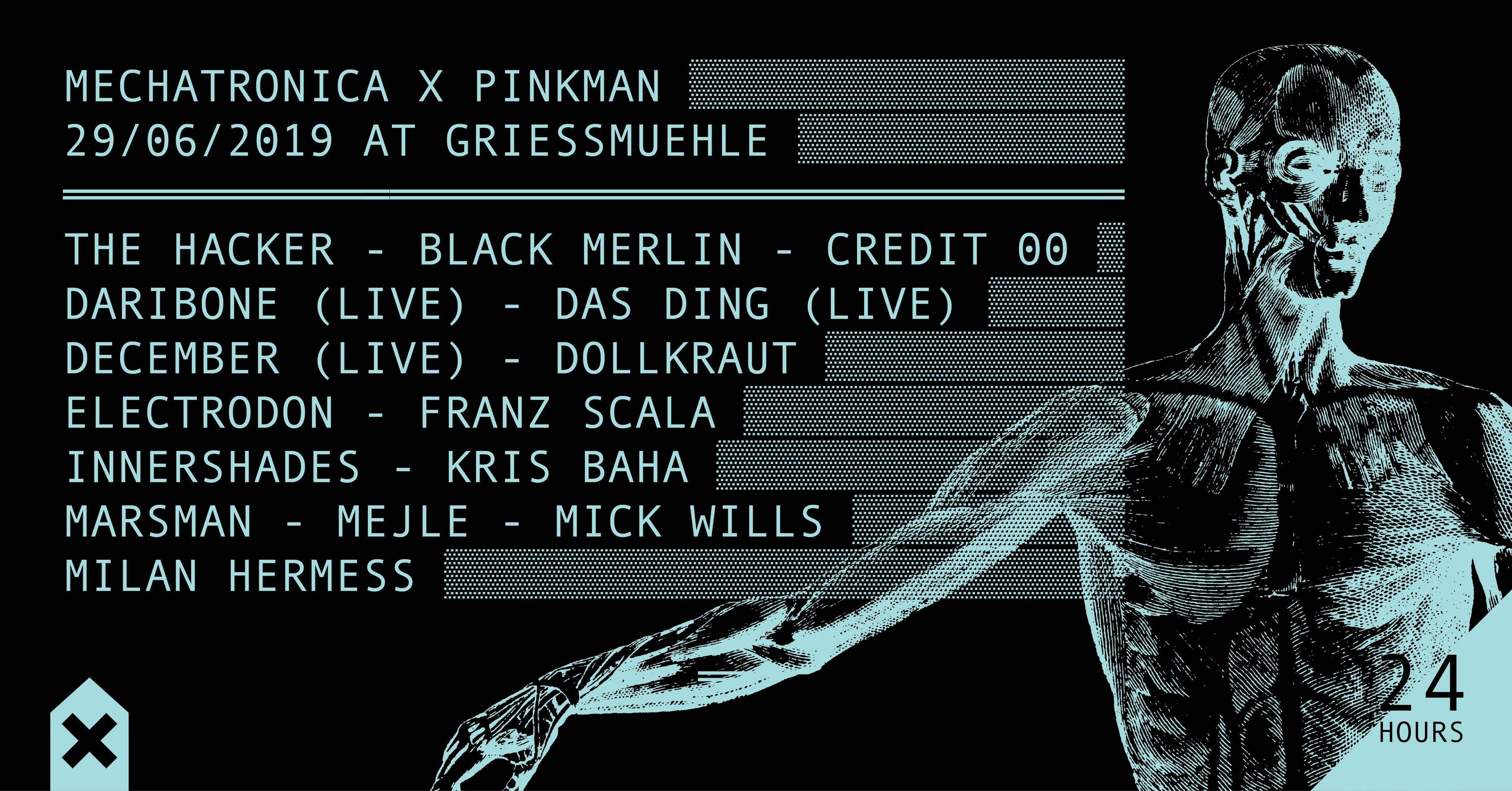