There's nothing better than a good loop, right? The joy of repetition, the same kick drum repeated ad infinitum, before the subtlest shift in rhythm makes the dancefloor erupt in cheers?

Iglooghost is the master of switching things up. His new Brainfeeder album Neō Wax Bloom is out this Friday, and not a single bar is repeated throughout. His music is playful and overwhelming, and despite his young age, certainly no mere ADHD juvenilia. Think Rustie meets Venetian Snares by way of Flying Lotus… with impeccable sound design chops, and a rare talent for world building which extends to every aspect of his presentation.

Those of you who are familiar with Iglooghost’s music will already know of Xiangjiao, a gelatine worm creature whose existence consists of infinitely being blasted through endless portals into different worlds. There’s also Yomi, a multicoloured pom-pom monk, and Uso, a sneaky bug bandit who wears a green cloak and sips golden tea while freerunning along the cliffsides.

Iglooghost met a bunch of these strange beings through a portal in his garden. They live in a void called Mamu, where the ecosystem has been screwed up by two huge eyeballs falling from the sky. Neō Wax Bloom, then, is an attempt to chronicle this event.

I was curious to know more about life in Mamu after this (super)natural disaster, so I started putting some feelers out, and after weeks of trying I managed to get in touch with a being called Lummo through one of these portals. Lummo (pictured above) is a wise blind witch who never learnt to die, currently engaged in training a gang of half-witted witch children known as the Melon Lantern Girls Choir and trying to teach them a hymn that will revive an ancient superpower. A transcript of our illuminating conversation follows the video for Iglooghost's new track 'Sōlar Blade'…

Yo Lummo! Nice to meet you!

HELLO. MY NAME IS LUMMO. NICE TO MEET U.

So where are you talking to us from today Lummo?

I'M SAT ON THIS MINI HILL MADE OF PRIMARY COLORED BRICKS, TALKING TO U THRU A PORTAL. WAS JUST HANGING OUT WITH THIS CHOIR THAT I'M TRYING TO TRAIN.

Rad. So that's the Melon Lantern Girls Choir right? How did you hook up with them?

YEP! THEY'RE REALLY ANNOYING & CAN'T HOLD A NOTE FOR THEIR LIVES. I MET THEM AFTER A BIG DISASTER HAPPENED… THEY SHOULD HAVE GROWN INTO IGLOOGHOSTS BY NOW, BUT THE LIFECYCLE SEEMS TO HAVE SORT OF FROZEN FOR EVERYONE. THERE'S AN ABUNDANCE OF WITCHES EVERYWHERE… SO I THOUGHT I SHOULD PUT THEM TO USE & TRY & TEACH THEM SOME ANCIENT SONGS.

How long do your training sessions last then? Are you a hard taskmaster?

TEACHING THE CHOIR THIS ONE ANCIENT SPELL IS MY BIGGEST GOAL RIGHT NOW, BUT THEY ALWAYS GET BORED, WANDER OFF & START PLAYING AROUND IN ALL THIS GUM & SLIME THAT'S APPEARED EVERYWHERE RECENTLY.

What's at stake when it comes to teaching them the spell? I'm guessing it's connected to the ecosystem disaster?

SO… A FEW WEEKS BACK, A PAIR OF GIANT ANCIENT EYEBALLS FELL FROM THE SKY. I DON'T KNOW WHY BUT AROUND THE SAME TIME, A GIANT HEAD APPEARED IN THE SKY AS WELL. I THINK THIS BIG HEAD THING HAS CAUSED THE LIFECYCLE TO FREEZE BECAUSE IT'S EVIL. MY THEORY IS THAT IF I CAN TEACH MY CHOIR AN ANCIENT SPELL – THEY'LL BE ABLE TO TELEKINETICALLY BLAST THE EYEBALLS INTO THE BIG HEAD & BLOW IT UP.

Sounds like it might be worth a shot! So are the eyeballs just hanging out in the sky or what?

NAH THEY CRASHED INTO A GIANT WHITE MOUNTAIN MADE OF CHALK. IT MADE THE LOUDEST NOISE I EVER HEARD. I'VE HEARD EVERYONE'S CALLING THIS WHOLE EVENT 'NEŌ WAX BLOOM'. 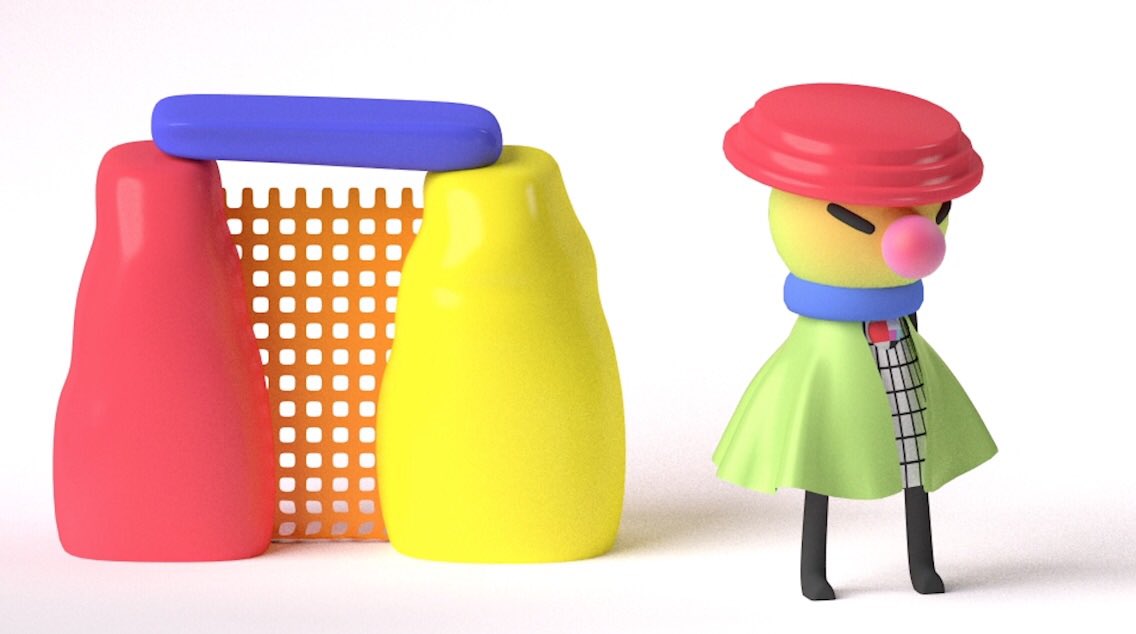 Well yeah, we actually have our own 'Iglooghost' here on Earth who's sort of chronicled the whole event I guess… Have you ever met him through a portal?

YEAH I'VE HEARD OF HIM. I THINK HE FOUND ALL THIS STUFF INTERESTING & DECIDED TO TELL EVERYONE IN HIS DIMENSION ABOUT IT. I'M NOT SURE WHO TOLD HIM ABOUT MAMU, BUT THEY'RE PROBABLY IN BIG TROUBLE.

Oh really? Why would they be in trouble?

IT'S JUST NEVER REALLY A GOOD IDEA FOR TWO DIMENSIONS TO INTERACT TOO MUCH. THERE ARE JUST LAWS & RULES THAT DON'T REALLY TRANSLATE & IT ALL GETS WEIRD. SINCE NEŌ WAX BLOOM HAPPENED, A LOT OF SMALL PORTALS & RIFTS HAVE BEEN POPPING UP EVERYWHERE THAT LEAD TO RANDOM PLACES. I'VE SEEN SOME LONG GELATINOUS WORM THING JUST ENDLESS FLY BACK & FORTH THRU THEM. I TRY NOT TO GET INVOLVED.

Fair enough, that sounds scary. I'd probably want to stay out of it as well. Do you have music in Mamu? Or has any Earth music made its way through a portal?

I DON'T REALLY UNDERSTAND WHAT YOUR MUSIC IS, OR WHAT THE POINT OF IT IS. I SUPPOSE WE DO HAVE MEANS OF EXPRESSION, LIKE CRAFTING GUM… SOME PEOPLE ARE PRETTY INTO MAKING CUSTOM GUM AND SLIME… BUT SONICALLY THE CLOSEST THING WE HAVE TO MUSIC ARE SPELLS. THEY COINCIDENTALLY SOUND A BIT LIKE YOUR MUSIC. MOST THINGS IN MAMU EMANATE A CERTAIN SOUND THOUGH. ONE OF THE MELON LANTERN GIRLS TOLD ME A WEIRD LOOKING BEING WAS RECORDING THE SOUNDS THAT THESE LITTLE IGLOOGHOST STATUES EVERYWHERE EMIT. MAYBE THAT COLLECTION OF RECORDINGS WILL MAKE IT TO YOUR WORLD SOON.

That's wild, loads of Earth teenagers are really into playing with slime right now for some reason. Maybe one of them picked it up from Mamu somehow… Anyway Lummo, what did you do before Neō Wax Bloom? You can't have been training choirs forever?

I NEVER TURNED INTO AN IGLOOGHOST & I'M NOT SURE WHY. I LOOK A LITTLE DIFFERENT FROM OTHER BEINGS IN MY STAGE OF THE LIFECYCLE BECAUSE I DON'T HAVE ANY EYES. I'VE BEEN ALIVE FOR AROUND 130 YEARS BUT IT'S OKAY. I USED TO TRY & LEARN ABOUT MAMU'S HISTORY & PHYSICS & MYTHS ALL DAY SO I'M VERY SMART. ONE DAY IN THE FUTURE I'M GOING TO FIGURE OUT WHY I'M STUCK IN THIS FORM.

Ahh so you're the authority on Mamu then! Tell us a myth from Mamu's history?

THERE'S A VERY OLD MYTH ABOUT AN ANCIENT ORDER OF BEINGS WHO ARE REFERRED TO AS XAŌ VOID CLUB. THEY VISITED PREHISTORIC MAMU THROUGH HOLES IN THE SKY & THEY ZOOMED EVERYWHERE IN STRANGE SHINY STRUCTURES. NOBODY REALLY UNDERSTOOD WHY THEY CAME OR WHAT THEY DID, BUT THEY LOOKED VERY DIFFERENT TO ANYTHING ANYONE HERE HAS EVER SEEN. 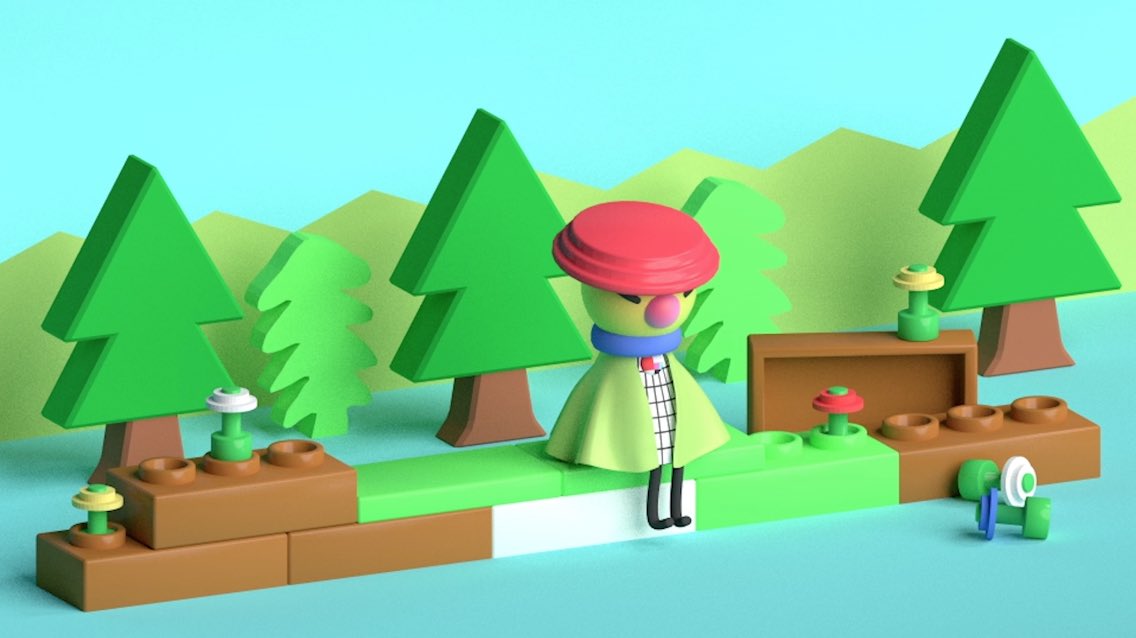 That sounds pretty mad. How long do you think it's gonna be before your choir learn the spell?

I'M JUST NOT SURE. SOMETHING NEEDS TO HAPPEN SOON. PORTALS EVERYWHERE… I'VE BEEN SEEING BEINGS FIGHT & SHOOT LASERS AT EACH OTHER. MAMU IS IN DISARRAY. I WISH MY CHOIR COULD SEE THAT & STOP MESSING ABOUT WITH SLIME.

We literally just got word over here about a laser fight between a monk and a bandit… do you know anything about that?

YEP I'M WATCHING IT RIGHT NOW, EATING SOME FRUIT. IT'S HECTIC. A STRAY LASER JUST BLASTED THE TOP OFF A MOUNTAIN. I'VE SEEN THE BANDIT THING RUNNING AROUND BEFORE, BUT I DON'T RECOGNISE THE OTHER BEING. LOOKS LIKE IT'S MADE OF MULTICOLORED FOG. REALLY ODD.

What kind of fruit are you eating?

A PRETTY OLD BANANA. IGLOOGHOSTS USUALLY CAUSE FRUIT TO APPEAR, BUT SINCE THEY'VE STOPPED APPEARING THERE'S BEEN A REAL LACK OF FOOD. I HAVE A STASH, BUT IT'S RUNNING LOW CONSIDERING I'M HAVING TO FEED A WHOLE CHOIR.

Damn, that sounds tough. I hope the choir start to understand how important the spell is.

ME TOO. THEY KEEP IMPROVISING & MAKING UP THEIR OWN STUPID SONGS.

Hmm, maybe that weird looking being you mentioned is recording their songs as well… Anyway Lummo, thanks so much for taking time out to chat, it's been really great to learn more about Mamu. I thought to round things off I could play you a few Earth songs/spells? It would be cool to know what you thought about them.

SAME TO YOU. THIS HAS BEEN PRETTY USEFUL FOR MY INTERDIMENSIONAL RESEARCH. AND YES, I'D DEFINITELY BE INTERESTED IN THAT.

Glad I could be of help in some way! Good luck for choir practice and hope to speak again some time Lummo.

SOUNDS LIKE BEING STALKED BY A GANG OF FUZZY MONSTERS W/ BAT WINGS.

SOUNDS LIKE AN ANCIENT SAD LIBRARY COMING TO LIFE, & IT STARTS PUNCHING EVERYONE WITH ITS HANDS MADE OF BOOKS.

LORENZO SENNI – THE SHAPE OF TRANCE TO COME

SOUNDS LIKE BEING SHRUNK TO THE SIZE OF DUST WITH UR FRIENDS & BEING TRAPPED IN A COMPUTER N HAVING TO RE-ESTABLISH CIVILIZATION ON A LITTLE CIRCUIT BOARD.

Neō Wax Bloom is out 29th September on Brainfeeder. Pre-order it here. 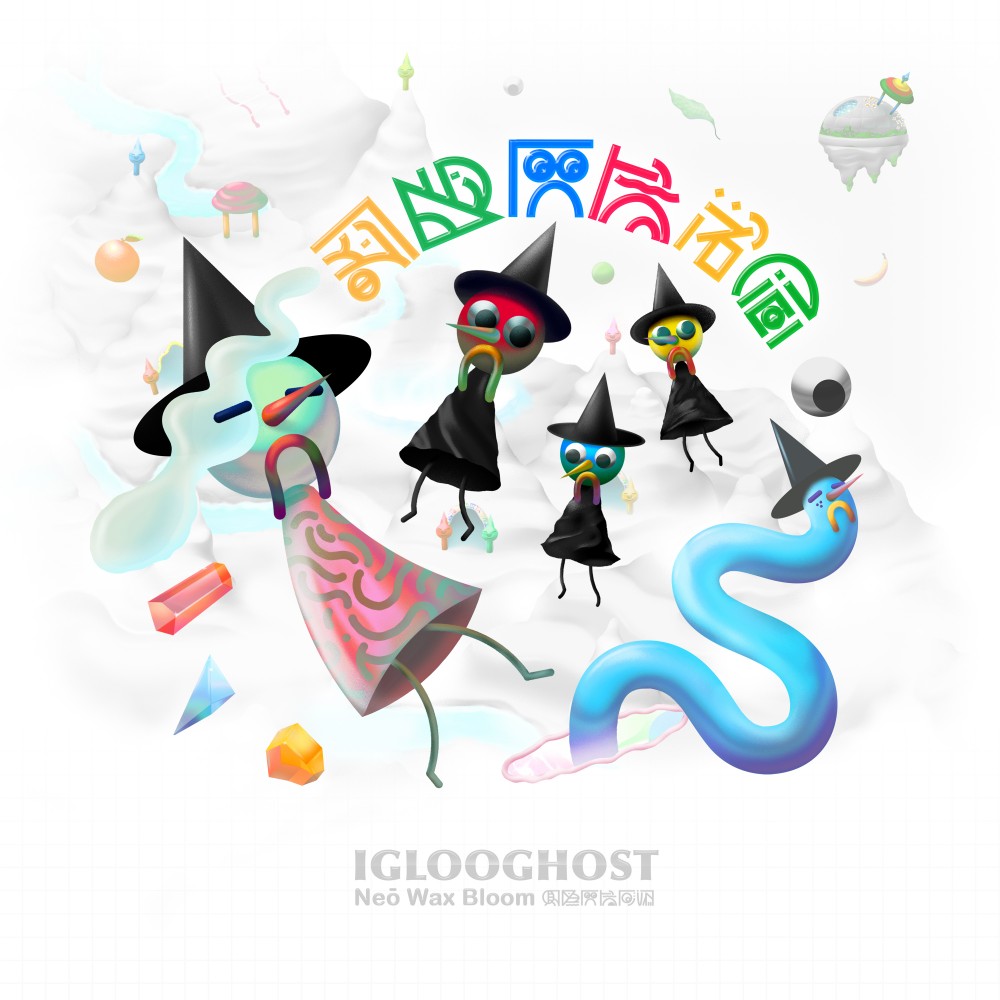