The event is free and will take place on 4th April.

The event is free and will take place on 4th April.

Taking place on 4th April from 5pm, the virtual stream will see Carl Craig take the reins for a special set, which will be streamed across Tropical Animal's Facebook, as well as our own, as co-hosts.

Carl Craig is described as a creative visionary, an electronic music icon, an esteemed Grammy-nominated composer, a world-class DJ and an ambassador for his native Detroit. Over the years he's carved out his own unique path as an artist, entrepreneur and civic leader, guided by his tendency toward forward thinking.

For 12 years Tropical Animals have brought some of the world's most respected artists to their home of Club 21 in Florence, centring the events around more than just the music, but also the experience and an exchange of ideas, cultures and stories between guests both local and international. In 2018 they added a label arm to their party, which has since been home to artists like The Cyclist, Daniele Baldelli, The analogue cops, Whitesquare and more. 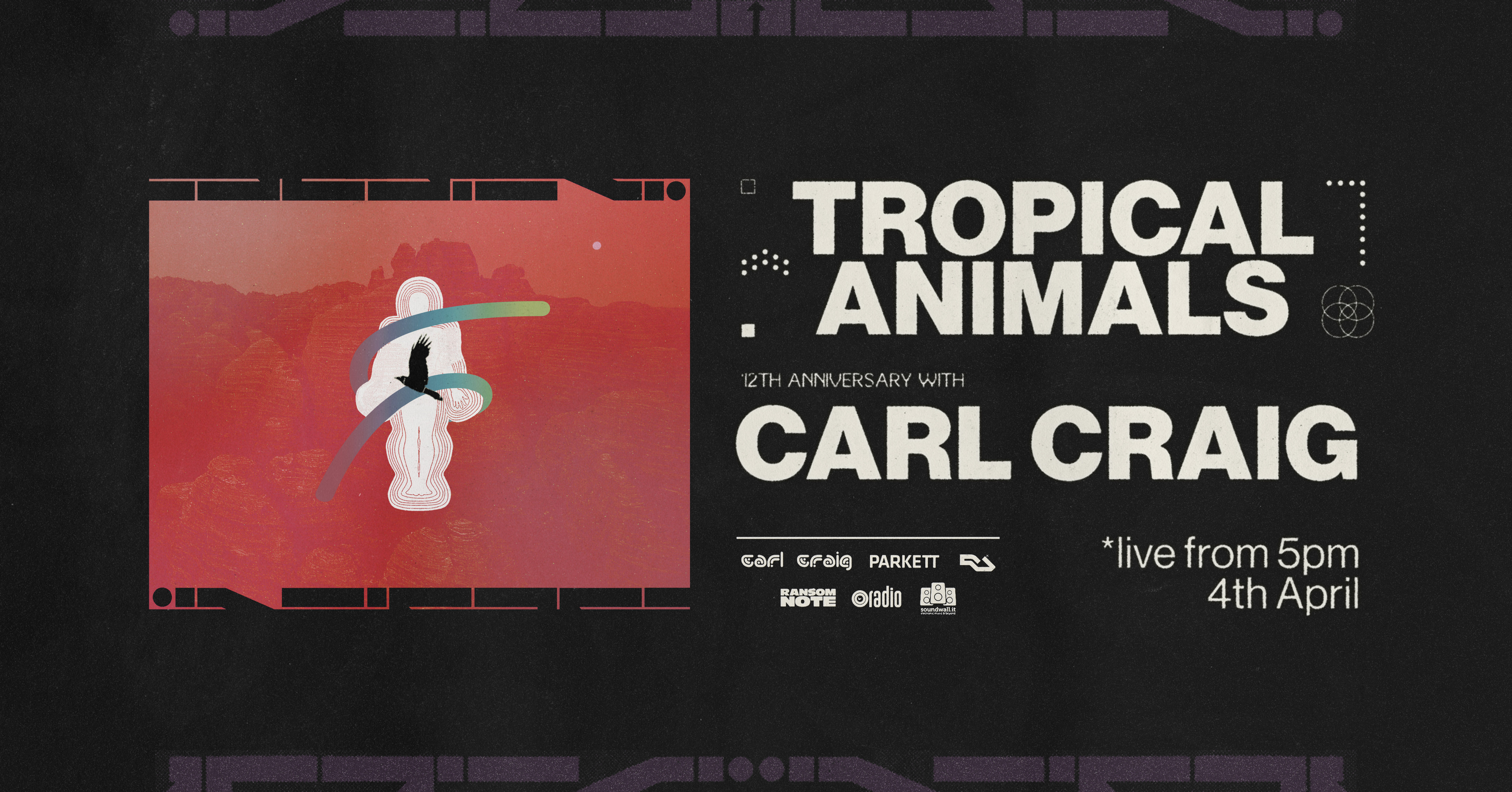 The LP marks the label's first release after a year-long hiatus.

The release features four originals and four reinterpretations from the Berghain resident.

The album is set for release on 30th April via Silver Current Records.

The merch has been created by his long time production partner Keith Tenniswood.

"I wanted to make a Dance Mania pop anthem with vocals that had the playfulness and vulgarity of Chicago ghetto house.”