Vyvyan: The ‘Monday Is Ok’ Mix Vyvyan is an elusive character, a DJ and producer who prefers to operate under the radar. At the end of last year he showcased his tastes and influences in a mix for Bicep's Feel My Bicep mix series which gave listeners a glimpse into both his record bag and his own productions. Having delivered remixes for Psychemagik and Eclectic, last week saw the release of his new EP Coat Bra Pants on Me Me Me which includes remixes from Not An Animal's Chris Stoker and Robert Johnson resident Gerd Janson.

We invited him to deliver this week's Monday Is OK mix which flows through experimental, beatless rhythms; the music that soundtracks his home listening sessions…

Please introduce yourself… Who are you, where are you

I am Vyvyan, I am a real person though that might not be my real name.

Currently, I’m writing this in England.

I'm an idea and a means of escape through music, writing my own and playing other peoples.

It's a mixtape but its not mixed in the traditional DJ sense of things, just blended and overlapped as most of the music on here doesn’t have any drums. There is a narrative that runs through the mix that I hope you can pick up on, but zoom out a bit and it's essentially a collection of records I like to listen to when I’m at home.

I dunno really but I drew this while I was listening back to it earlier. 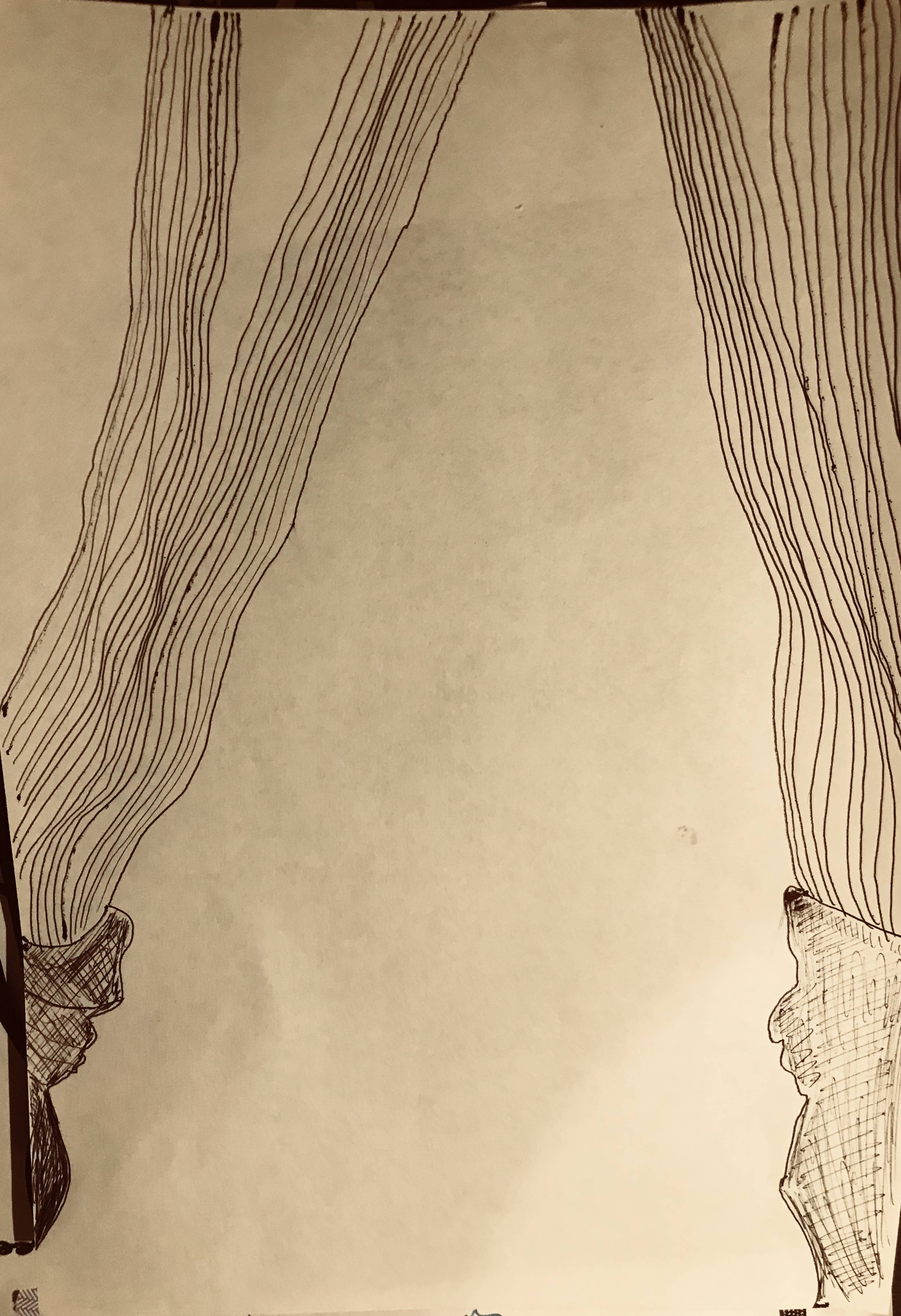 Something that's really good for you that makes you feel better after eating it.

Somewhere quiet, comfortable and safe, maybe with something beautiful to look at, but that's optional.

What ever makes you happy.

In a basement with the lights down low and the candles lit.

Depends on the Monday… Some Mondays I can’t wait to get into everything but others I’d rather sleep right through the damn thing, like a lot of people I guess.

My brothers, they are much older than me and went to places like the Hacienda in the very early 90’s and used to write music reviews for magazines, lots of which was electronic. I idolised both of them so soaked all of this up; all the tape packs, the CDs, the radio shows. It's kinda ironic really as it ended up becoming my life and neither of them are really that fussed about music these days.

Ok thats a two big questions. Influences in music, the two big rocks are Prince and George Clinton but there are lots more that affect my actual music making; Tom Moulton to Trevor Horn, Andy Meecham to I:Cube. I could go on for hours here. With my music, just to make work I’m proud of, that I enjoy listening to and hopefully affects people in some way – all the other stuff follows after that.

I didn’t have any original aspirations, I’m not a musician in the true sense of the word. I’m not from a musical background or knew anyone that made a living from it, so the idea of having it as a career just seemed daft. It took me at least 10 years before I could openly admit to myself and other people that this is what I wanted to do with my life. I had my first gig at 17, that was my first goal, everything that's happened since has been a bonus.

I don’t know if I remember a particular one, because I got into this through listening to my brother's tapes and they were just cassettes with the name of the night or the DJ written on the side, not track listings. But I remember how those mixes made me feel; utterly fucking alive, like another part of my brain had just been switched on.

The first record with my own money? Not sure, maybe Dee-Lite – Groove is in the Heart or something like that. Last thing I bought this week was the Lovefingers 'Fingertracks' compilation.

Making the most perfect Sugo. The root of all happiness…

New York 1982, when my dad moved there. I would love to see it then in all its grime and glory.

Some self help questions for a Monday: Am I excited to dive into the challenges that I have lined up for the week?

Yes, though it probably never seems so on the outside.

Yes, no and no in that order.

If I had to eat them in the end? Donald Trump, guess it wouldn’t take too long.