Virtual Geisha: The ‘Shine A Light On’ Mix
Minute Read

Virtual Geisha: The ‘Shine A Light On’ Mix Aśka Grochulska moonlights as Virtual Geisha, the moniker for her pursuits as a DJ, radio host and producer.

Motivated by a love of collecting old records and travelling the world, two passions that go hand in hand for Aśka, she’s found various online and IRL spaces to share these gems with other like-minded music lovers.

Most notably this is through her work in radio; as a host of audiovisual show “Under The Sign Of Saturn” on Intergalactic FM’s Dream Channel TV – which airs every Full and New Moon – and of “Midnightly” every month on Radio Kapitał, as well as her work as founder of community radio platform Pop Up Radio, who’ve played an integral role in campaigning for equality within Poland.

We got her on board for this week’s Shine A Light On Mix which is a ride through crunchy techno, crisp breaks and squelchy acid, at times melodic and at others deep and driving.

Ransom Note · Virtual Geisha: The ‘Shine A Light On’ Mix

My name is Aśka Grochulska, I’m a Polish DJ and a radio host, used to be a stage director and dramaturg but I would consider myself as a record collector and traveler first. For sure there is nothing more exciting for me like diving into record stores around the world and sharing them with people at the parties while travelling. Also, to a certain point  — equality and human rights activist.

Now I’m at home in Cracow, not moving too much, obviously. It’s got really tough last months, I have to say… When the pandemic started I was busy all the time — I did benefit streams for DJs as well as streams supporting polish records shops, co-founded with the same crew of people Pop Up Radio, which was the first TV radio in Cracow.

After that, there were huge protests against decisions of Polish Court Tribunal to ban abortion, so I initiated a big techno protest, which was done as a Pop Up Radio event. After that winter came, and my days are basically the same – I’m waking up, doing yoga and mediation. Then I’m writing my morning pages, doing my current copywriter job and mostly taking care of my animals, especially my 19-year old dog Mietek. And in my free time I practice on piano and do stuff in Ableton. That’s basically it, heh.

It’s kind of hard to tell. I love to play all the records I’m buying, so it is very diverse — from jazz in my midnightly show, to ambient and experimental in my audiovisual Under the Sign of Saturn show on Intergalactic FM. I used to play techno, electro parties (back then, heh…) Sometimes I play disco, too. For sure, it’s somehow been directed into the past. I like to listen to new music, but mostly I am collecting old records. Somehow it always ends up very eclectic.

Someone once told me that I’m very old-fashioned in a very modern way. I can relate with that. 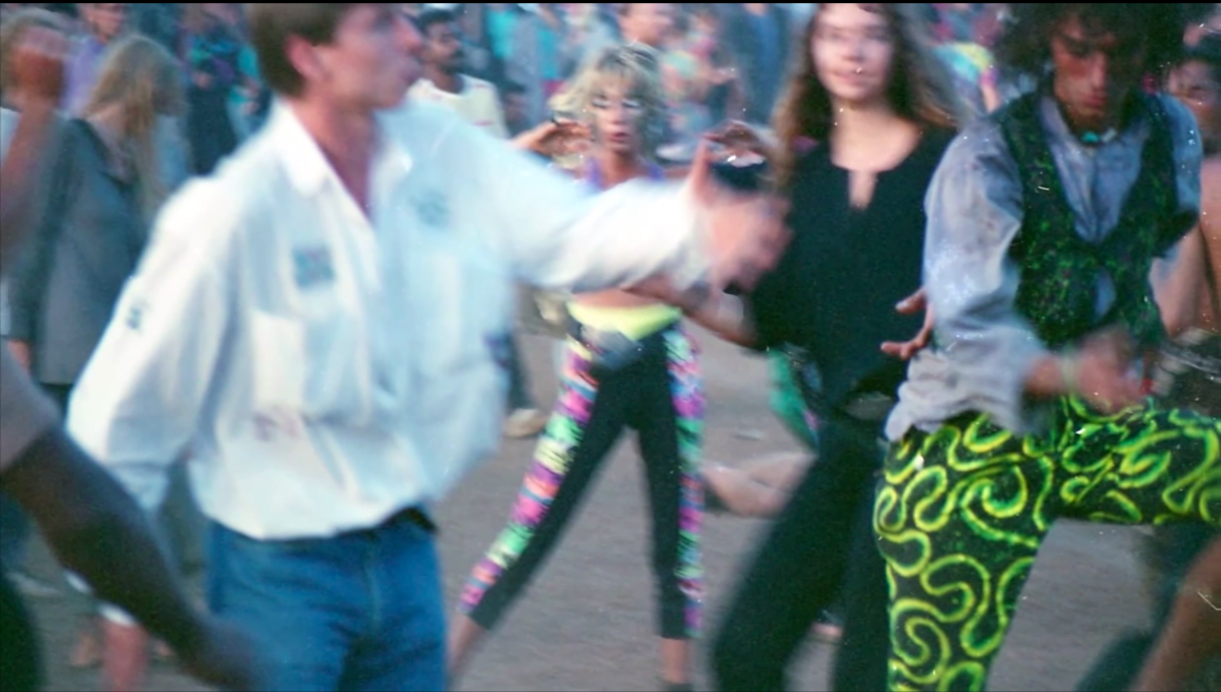 At my home during the night in one take. It was the coldest day of the year in Poland with -18 degres. It was the first snow like this since I dunno, 8 years? It was a kind of strange feeling. I wanted to record something uplifting and contemporary and well, it ended up with a melancholic, sentimental vibe. I’m a full 90s kiddo.

Would be perfect if you could listen to it on the beach under the stars. Maybe in Goa back in the late 80s or 90s when they were playing all the genres.

Wear whatever the fuck you want.

The beach, haha. To be honest, exactly a year ago I was travelling to do a mini tour in Israel and after that, I went to India for a month just to play some gigs and hang around in Goa. I was hoping to do the same this year, but yet I am stuck here. So for now, my dream location and situation is a rave on the beach.

Hmm… The last few days I’ve been listening to Paul’s Oakenfold Essential Mix from ‘94 a lot. It’s a dramaturgy masterpiece.

Dunno if it’s because I’m buying a lot of old trance records, but now I would say Sasha and John Digweed.

It was a Rane TTM and two Numark decks, don’t remember the model. The ones looking like some spacecraft equipment all flashing with blue lights.

Both are the same, you know it!

I think, I can say I started collecting records with Tuning Circuit „No compassion”. The last has actually been two as they came together. Two records from Polish Jazz Series – Andrzej Trzaskowski Quintet and Extra Ball. Most of the people, when they hear “Polish jazz” they think of Komeda, but for me, Trzaskowski is the one.

An ecstasy pill, of course!

It’s my old dog Mietek looking at me when I’m recording and thinking “yeah, those were the days…”

Hmm, one of my free jazz records for sure, haha!

More time with my animals, a couple of mixes to record, a plan with launching a benefit label, some Pop Up Radio event and hopefully, I will finish my first EP. And besides that — I wish I could travel again at least a bit…

Moreover, developing a bit of faith that COVID-19 will do something good like, you know, bringing the underground, no bullshit vibe back. I’m not an optimist with this to be honest. I can see that poor people are getting more poor, and the rich more rich, but maybe somehow, music will be less of a cold-minded product and more an experience again.

I would say we can go talk politics, but it would be a way too long talk. Big thanks for having me for your series and love and light to you all.