Tushen Raï: The 'Shine A Light On' Mix

Tushen Raï: The 'Shine A Light On' Mix

Baptiste Pinsard AKA Tushen Raï is one of the minds behind Lyon-based label Hard Fist Records. Alongside friend and frequent collaborator Cornelius Doctor he shares his love of far reaching sounds, influenced by his travels around the world and his passion for digging for oddities. Since launching in 2017 Hard Fist have welcomed the likes of Pletnev, Mr TC and our own Ransom Note family member Bawrut, as well as being a platform for both his own and Cornelius Doctor's global tinged productions.

We invited him to give us a taste of what he's all about; strap in for an hour of chugging percussive rhythms and Middle-Eastern influenced electronics...

Hey, my DJ name is Tushen Raï, an alias took from Haoussa the main language of West Africa. It’s mean « Roots of soul » and it symbolises my love for all global sounds, primitive & ceremonial ancestral music and human soul in general.

Music became the most obsessive part of my life when I’m 13 or 14 years, especially live music and parties, and some years after I became addict about collecting records from old field recordings to fresh electronic music coming from exciting indie labels. When I turned 18, I had the opportunity to start traveling around the world with my backpack and it became my second passion in life. With DJing, I think I found a way to associated my two biggest passions in life; digging and traveling.

In 2013 I moved to Lyon where I’m now based for my job and I totally fell in love with the city and scene here. After leaving and visiting many of the major cities in France, Lyon was the first place where I felt a strong club culture in the country. People were deep in music; excited about really infamous old DJ legends, or super new newcomers. Was exciting!

During my night strolls in the city I met some guys who were running a music collective and label since 10 years and who were running a party named « The a la menthe » in reference to a super famous French hip hop track using a strong maghrébin gimmick in the instrumental. The party was focused on the upcoming movement of editing Middle-Eastern, and more generally Arabic music, in a house way (Baris K, De Los Miedos, Kaan Duzarat, Tutan, etc as pioneers of those fusions). As I was myself a collector of those kind of sounds and more generally of old Arabic disco and psyche bombs, they asked me to play for the next party. So basically, it’s how, three years ago, I start DJing in front of a crowd, stress and lost behind my Technics in front of 600 people and also how I met the guys with who I started running the label Hard Fist records.

We have the chance to work with a talented illustrator named Sheree Domingo who literally draws our music for our label cover, so, I can’t find better illustration than her job to illustrate my music. 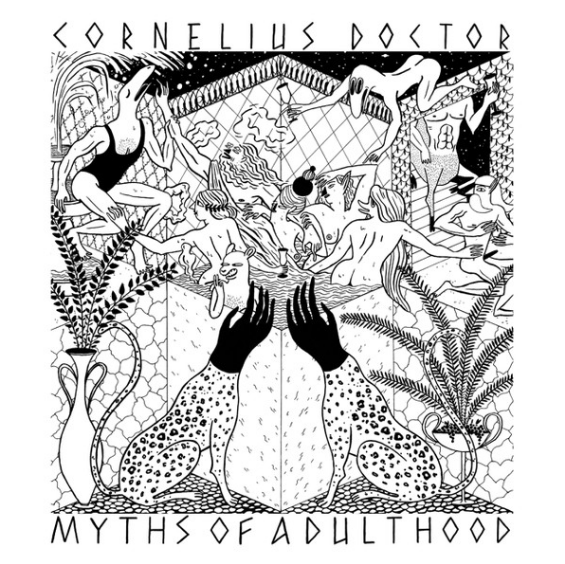 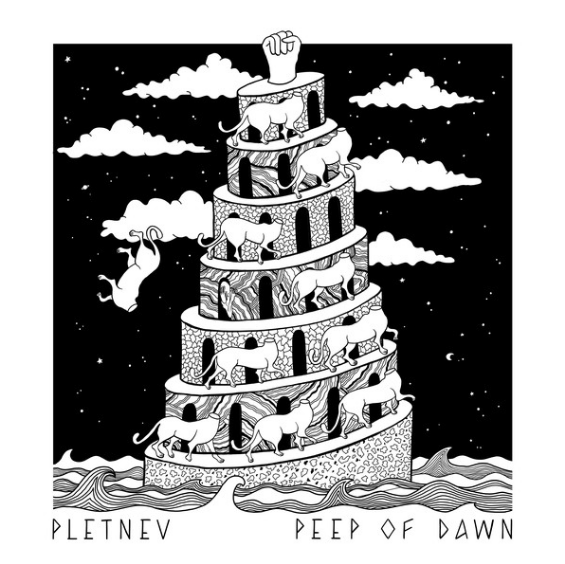 At my girlfriend's home, the best place to record a mix peacefully even if it’s hard to not start a b2b with her for 1h.

I think at Romano in Tel Aviv. Their hi-fi soundsystem is perfectly adapted for this mix and, BTW, I advise you to order a Yotam Ottolenghi's eggplants, you will not regret. But if Tel Aviv is too far for you, I invite you to my place, for a good coffee and a listening session on my Marantz Model 1122 and the two French infamous Captronic CHEOPS III speaker of my girlfriend should do the job :)

« Une banane », it mean « Banana » in French and I don’t know why but it’s the French way to say « fanny bag ». Nothing else, just the fanny bag. PS: It will become your best "party friends" ever, trust me.

My dream would be to record a mix in the Sumatra's jungle in Indonesia, would be with a headphone to not scare animals and I think any old shitty mixer would be fine as this place is definitely the most inspiring space I know in the world.

Aië.... Let's say "Linja - Chaos In the Gardon of Istanbul (Darkside)". Unreleased, but very very soon on Hard Fist records. This is his first vinyl release, but trust me, it's not the last and you will hear about him.

Hard question!! All the mixes of Andrew Weatherall, Mr Scruff and DJ Harvey haha .. No, seriously, at the moment I love the podcast series of the Belgrade based DJ and producer As Smooth As and one of my favorite of the past year would be the b2b of Haaï and Esa at Phonica. Loving their punk energy here.

I was on my way to say Andrew Weatherall again, but at the end, I think it would be Jennifer Cardini, she is so lovely and talented! But even if each of them are legends for me, playing with them is still possible haha, let’s see.

To end on, without hesitation.

First, It was Black Uhuru - Anthem, the kind of LP that I will never sell.

Last one, a really wonderful records out on DUNNO Recording and signed by Aldona Orłowska, Eugeniusz Polok. Aldona Orlowska, If I understood correctly is a 70 year old opera singer and professional swimmer living in Sweden who chose to record a disc mixing opera voices, classical orchestration and raggatown. Something like that. Trust me, it's just wonderful and crazy dancefloor. DUNNO is really one of the most impressive labels at the moment for me.

Also, check "Ritmo" the first EP of Omar Joesoef on Bless You, great slow percussive & hypnotic dark disco! Not on the internet, so you have to buy the vinyl now ;)

Seriously? Haha, let's say the paradise bird, his dance works with my music.

Afro-Disiac of Uele Kalabubu Et Sa Tribu. It's why we done the track La Tribou with Cornelius Doctor.

Cheese, rainforest and dogs, but that could take hours and it's actually 2:11am, so it's time for me to leave you, don't you think?

Ambient, experimental and house explorations from the Kyiv-based producer.