Trieste: The ‘Shine A Light On’ Mix
Minute Read

Trieste: The ‘Shine A Light On’ Mix It's always nice to be greeted with an enigmatic selection of music fron an unsuspecting source. Kristian Birch-Hurst is a disc jockey and producer emerging from Birmingham. From a musical perspective he digs deep, blending an elegant array of style, genre and sound in a well rounded presentation which will leave toes tapping and ears intrigued. As a contributing writer here at Ransom Note he has expressed a wealth of fierce knowledge as well as an awareness sometimes lacking from a musician working in such an environment. As the co founder of Voyage Events he has helped push and promote a spectacular array of talent through his parties with the likes of Mehmet Aslan, Haai and more all gracing the booth.

This mix is a subtle blend of disco, funk, soul, house, techno and abstract electronics and should demonstrate just why we are excited by him as a disc jockey. Lock in.

My name’s Kris(tian) aka Trieste. In Birmingham (more canals than Venice). A human man, a sound collage-ist, a DJ, and an events curator.

Part wobbly, part groovy, part dark, basically everything I feel on the inside. Or think the ups and downs of an acid trip. 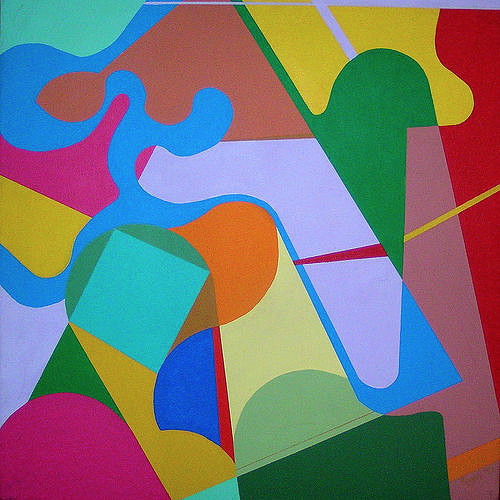 Wherever your imagination can muster.

Literally anything but socks and sandals.

Anywhere with a pair of Technics and an MP2015. And maybe some upmarket Martin Audio.

I love it all but do have a soft spot for instrumental shit – and definitely go check out Altin Gun.

Hmmm I have a few but if I go both contemporary and inspiring… it’s gotta be Bicep’s Synthol Hit Pt. 1

Moodymann – cos I just have no fucking idea what would happen.

Too tricky to answer. Totally depends on the before/after context. If anything… treat every track like it’s the most important.

Some really freaky freak with a heart of pure gold.

Nothing’s impossible when you’ve got your pals Echo and Delay.

Some really really really exciting projects with my dear Voyage Events. Some collaborations with artists/DJs I’ve followed and respected for a long time. And very possibly… maybe… perhaps… a record label.