Operating out of Melbourne, here is a group who have been showcasing jazz and diy experimentalism in a whole new light.

The four piece group have been making waves amidst funk, soul and jazz communities the world over and most recently released a nine track album via longstanding UK based imprint Mr Bongo, a label which has become an authority in the sound.

"All News Is Good News" was released in July and was met with critical acclaim, it was well received and showcased the instrumental capabilities of a group very much on the rise.

We invited them to piece together a mixtape, they do so in fine style.

Jethro and Stuckey from Surprise Chef and College Of Knowledge Records. We are gratefully based in the leafy locale of Coburg, a picturesque suburb just north of Melbourne, Australia. Surprise Chef is a four-piece group, completed by Andrew Congues and Carl Lindeberg, and propped up by honorary members Hudson Whitlock (percussion & vibraphone) and Henry Jenkins (production).

We make instrumental music. We listen to a great deal of jazzfunk and soul - these genres guide the music we make as Surprise Chef.

Tell us about the mixtape you’ve put together for us.

We are deeply preoccupied with collecting records. Our shared crates predominantly contain 60s and 70s soul 45s, jazzfunk LPs, roots reggae 12”s and various records from all over Africa and South America. Our interest in records is intrinsically connected to our music-making - this mix is a brief overview of some of the instrumental records from our shelves that have inspired our recordings to date. 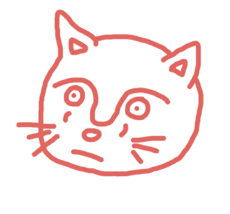 In a sharehouse lounge room, whilst a fat cat sleeps on the couch.

In our sharehouse lounge room, whilst our fat cat slept on the couch.

We live together along with Carl Lindeberg, who plays bass in Surprise Chef. Our studio and all our records are there, so the place always feels very musical and alive. We were enjoying a crisp winter arvo when we recorded this mix.

Hearing soul music made by fellow Melbourne bands Karate Boogaloo, The Cactus Channel, Kylie Auldist and The Putbacks was a defining factor in us geting into writing and releasing our own music in that realm.

Jethro: First record was A Tribe Called Quest - The Anthology. Last record was Tal Armstrong - You’ve Got So Much Feeling (In Your Love).

We’ve just moved into an office to run College Of Knowledge out of - right now, we’re obsessed with spending time in there running the label and organising future releases from Surprise Chef, Karate Boogaloo, The Pro-Teens and other Melbourne instrumental soul projects.

We’ve also been listening to and collecting lots of late 70s-early 80s reggae records, spending time with our cat The Fabulous Baby Huey and working on new Surprise Chef music.

We spent the first bit of money we saw from the sales of our All News Is Good News album on a PlayStation 4, so that’s been getting a workout too.