The newly formed Shift Work – one of them used to be Factory Floor no less! – have been keeping rather busy since their inception. They've already had a rather fine release out on Optimo Music which got plenty of support on these pages and elsewhere as well as going on a recent performance outing to Corsica Studios. There's also turns at Sub Club and The Lexington upcoming.

They've provided us with this week's Shine A Light On mix so we decided to get up close and personal, and a bit weird, with the pair. Get this on first tho:

M: In a happy place.
J: On a really uncomfortable chair.

M: We think of ourselves as electronic chancers, we've been billed as a techno band.
J: Kinda what Mark says, sums it up quite nicely.

When did you first decide that you wanted to produce your own music?

J: When my guitar tutor showed me his multi-track recorder. I was shit at guitar but I got a recorder and just experimented with the layering of sounds. Guess I was about 15.

M: When my school did a talent show for the first and only time and the end act was a band playing Oasis covers. I thought "this is a really low barrier of entry – everyone loves it but crucially it's totally shit. Maybe I could improve on that".

What spurred this on?

J: As mentioned above. I was a sham on the guitar in a conventional sense but fascinated with sound, especially fucking with it.
I just enjoyed listening to the racket I made on playback; as of that time the sounds were quite foreign to me. I have always had something to say wither it’s physically or aurally. It’s a compulsion, a necessity.

M: trying unsuccessfully to form bands in my home town, with the black hole of London sucking me in. Discovering bands like PiL, Human League and Devo and realising they just had ideas and enthusiasm over any significant ability, they just made it work. That was a real revelation.

Getting lost in new dance music whenever I found something stuff I loved. My friend recently sent me a track by Paula Temple for example; I played it on loop for two days.  Earlier this year I was obsessed with Porter Ricks.

I guess also I like being in a band cause you can spur each other on – I don’t want to give Johnny any old shit, and we’re working together to make something that we’re both really proud of.  I don’t want my half of the project to let the team down, and I want the finished thing to be the best fucking thing we can make.  So yeah, being spurred on never stops I guess, when it does it’s time to give up. J: Happy Hardcore when I was about 12. Was intense.

M: Jean Michel Jarre for some reason. I remember really enjoying the lush soundscapes…but also thinking that it could do with a bit of backbone.

One of you were in Factory Floor, correct?

Correct, it was a long time ago in a galaxy far, far away.

Why did you leave and do you still speak?

I left to catch a plane to Berlin. We haven't spoken to Gabe for at least…four hours. He's just promised to man our merch stall this Friday.

As reference points go, Factory Floor are a great starting point but it extends far beyond that.

What else informs and influences your sound?

J: For me it’s Martin Hannett and that’s it really. More influenced by the happy accidents that occur; as they lead the way to the end result you might say. Mark having started Factory Floor with Gabe will result in a thread which people will recognise but we are fine with the comparisons. We are all on that 20 year cycle anyway. Everything is just a rehash. As long as you get off on it, you keep yourself honest and you keep exploring then who cares. Overall it's influenced by blind enthusiasm and educated naivety.

M: yeah all of the above, but also sounds and how they fit and contrast with each other. Anything by Brian Eno…It's obvious I know, everyone says him but aside from the lush sounds, production techniques etc I also realised with his stuff, less is totally more. Sometimes we'll layer up tons of tracks scrap almost all of it and then just end up with one more than we started with…and then I think "thanks Brian".

Where did the name come from?

I had been using it as a solo name (for tracks that no-one heard…I make no apologies, I'm a Fall fan). At the time we were called something else, Johnny thought it was a cooler name (crucially with no symbols) so we changed to Shift Work. Factory Floor, Shift Work… are we going to see a whole scene of artists dedicated to the daily grind?

Probably, if they can ever get out of their day jobs (see below).

Do you know what shelf-stacker would sound like if they were a band?

It would be the sound of health and safety, best stacking practice and inoffensive indie blasting out of the PA system – so Coldplay or something, probably. Dreams crushed by meaningless lyrics and saccharine melody.

Which synth do you wish you owned if money were no object?

M: Fuck off church organ with the massive pipes. Not really a synth but that’s what it would be.

M: Getting this fucking remix done [for Robi Headman].

M: New York right now, as that is where my girlfriend lives.

J: New York as that is where Mark’s girlfriend lives ; ) [Tis a joke Mark].

Not long enough ago.

In which century does Star Trek take place?

J: Don’t they work by star dates or something?

Who was the 4th doctor who on TV?

Sylvester McCoy? Tom Baker? It's got to be Tom Baker.

M: Run away to hide in the studio.

J: Then to the pub when things go a bit stale.

M: Working hard but not so hard you die too soon.

J: No real meaning, so just try and have some good times while you are around and if you are lucky you might leave some sort of legacy at the end of it.

Is there a God?

M: Depends who you ask.

Do blondes have more fun?

M: Have to ask Johnny.

Is there anybody out there?

M:Yes. In a parallel universe there's a twin Shift Work that answered exactly the opposite. One of us is lying.

Who is the most famous person in the world?

M: Surely it's the Michelin man. 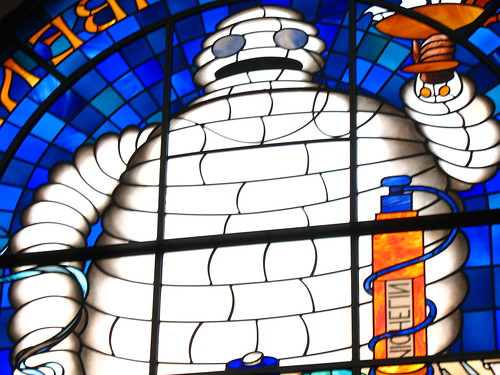 M: Being given someone's last Rolo.

What is the secret to happiness?

M: Make sure you keep to deadlines, or failing that, knowing you can twist arms to get an extension…

J: So you broke that Robi guy’s arm then?

J:Was that even an option?

And now for something a little more relevant…

I love the mix. When we first met you said you didn’t DJ but by the sounds of this you were lying. Talk us through the mix and how it was put together.

J: Racked though my music, contacted some people whose stuff I liked to get some material as nothing was out official, namely OTB records! Love that ‘Don’t Do It’ track. Then was just a case of planning some sort of order to it all. To be honest it is only the second attempt at a mix I have done, the other one I did was for Electronic Explorations but never got used. Guess they thought it was a bit pony. Glad this one turned out. I do enjoy the research, listening and planning that is involved with the whole process though. Just got a myself a copy of Traktor as I heard it was pretty good, and beavered away till early hours with breaks to watch a bit of cage fighting on C4 and nibble on some curry flavored savory cornflake snacks. Not really that cool or revolutionary but that is how it went.

What was it recorded on and how did you go about selecting the records?

Tape for the challenge.

J: Nothing, would solve a lot.

M: Hmm, can we come back to you? It’s a bit like having to choose your all-time pick ‘n’ mix.

J: End. We all have short memories.

J: Dr Dre ‘The Chronic’ when I was about  10. My dad heard it on car journey home. We turned around and he made me take it back. Was exciting while it lasted.

M: A werewolf (does that count?).  It sounds more aggressive at night.

J: One of our own tracks.

M: Here comes the plug…we have a show at the Lexington this Friday on 28th November, then playing a great night at Sub Club in Glasgow for the xmas bash on 5th December, really looking forward to that…and then playing some shows up north east and north west early next year. We are also recording in January so hopefully another EP will emerge then too. Other than that, open to offers.

See Shift Work at The Lexington on Friday 28th November and at Sub Club, Glasgow on Friday 5th December.