Sam Goku: The ‘Shine A Light On’ Mix
Minute Read

Sam Goku: The ‘Shine A Light On’ Mix Munich-based producer and DJ Sam Goku made his way on to our radar last year thanks to Dutch imprint Atomnation.

Having made several appearances on the label over the last two years, as well as two outings for fellow Dutch label Intercept, Sam’s finessed his approach to production, moulding his own modern, refined take on dance music that focuses on fluid rhythms, beautiful melodies and hazy kicks.

Now, with several EPs under his belt, Sam has been focusing all his efforts on his debut album ‘East Dimensional Riddims‘, which again comes via his regular home of Atomnation. Ahead of the release, set for next month, Sam delivers a mix for us, that moves through the motions from fuzzy, twinkling ambience to bright, bouncy rhythms and shuffling breaks.

Ransom Note · Sam Goku: The ‘Shine A Light On’ Mix

Hello everyone, my name is Robin and I produce music as Sam Goku. I’m sitting in my home studio right now and I just moved in with my girlfriend in Munich. At this moment, I’d say I’m a producer and househusband.

My album cover, which was created by the brilliant Coloray, captures my music at this point of time very well. 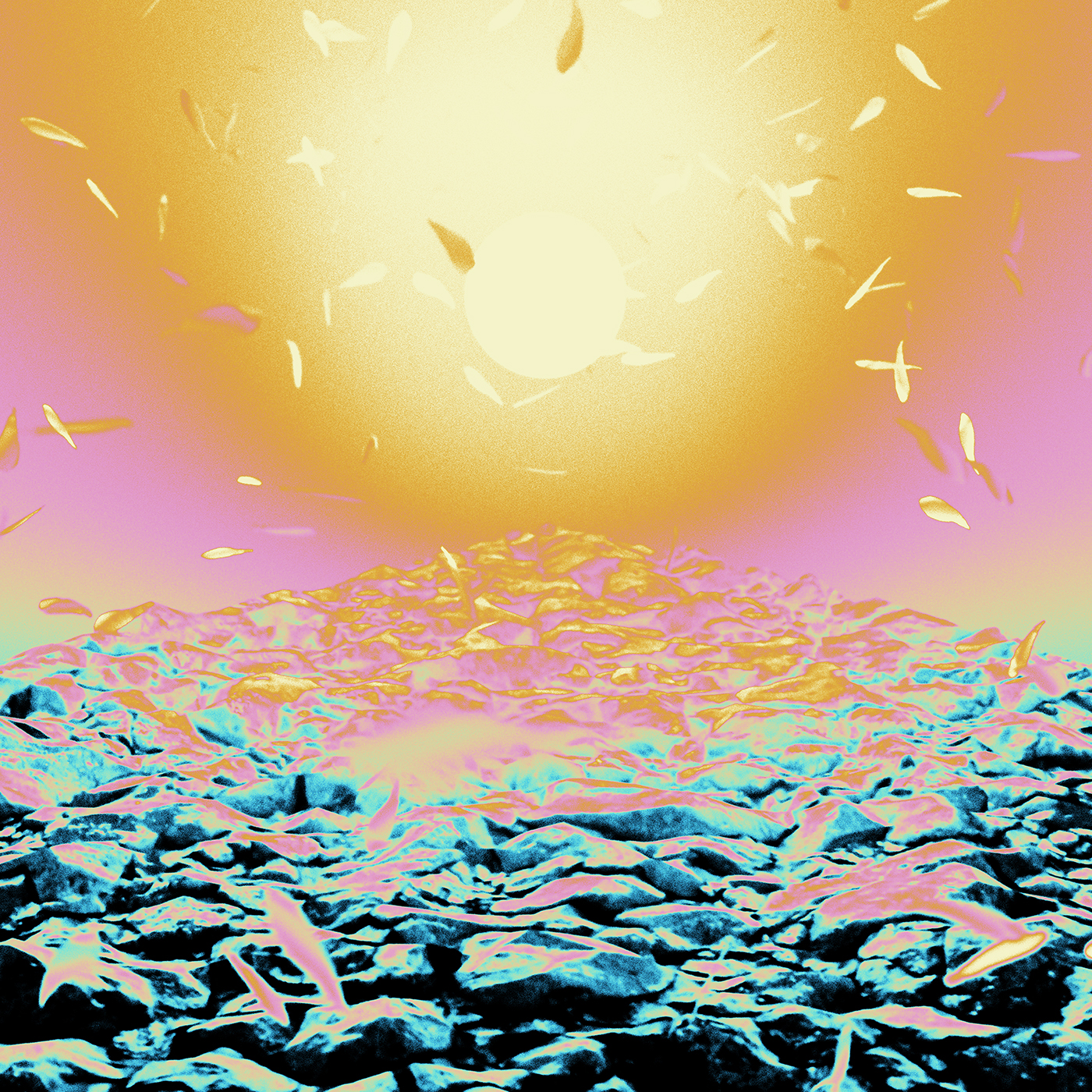 It was recorded in my home studio.

In the absence of festivals and clubs, I would say on a walk in the park or in the woods. Any weather does it, while rain is the least preferable.

Depends on the weather in your area. Something that keeps you warm and comfortable 🙂

In the woods, sunrise, great soundsystem, all my friends and 200 strangers.

There is this mix by Daniel Jahn for growing bin records called ‘The Green Ray’. I don’t think there is a mix I listened to more often.

I really can’t answer this one properly. I’d have to know them personally to make a choice but Roman Flügel seems really nice and I love his music.

My first setup was my roommate’s setup. A pair of CDJ-1000MK3 and a DJM-700 I believe. Now I own a pair of XDJ-700 and borrowed an Omnitronic rotary mixer from a friend.

The one I end on.

One of my home-cooked dishes, because I never know if I’m the only one who enjoys it, haha.

In the beginning it’s a panda or koala, then it morphs into a tiger and ends with being a monkey.

Nothing comes to my mind in particular but I used to think that a good transition had to be so and so long, seamless and really just perfect from a technical standpoint. Now, I understand more that mixing as an art form connects pieces of music in whatever way favors their expression. A simple and quick fade can be so effective but also a twisted transition over several minutes can be just right for the moment. Even when the mix is off or supposedly overloaded, the moment after the correction or the moment of resolution can be really satisfying.

A bit off the question but apart from that, I find my own tracks difficult to mix – really don’t know why.

After finishing the album I found myself in a bit of a slump. I tried to force myself into writing something new and ended up feeling bad about everything. Now I just try to give it some time, listen to music, go on a walk, work on promo. I’m basically waiting for the moment where creativity takes over.

I think we need to change the algorithms of social media into something that keeps people open-minded about other people’s opinions, rather than to confirm everyone on their own.