French DJ and producer Myn has been around the block. After working many different jobs in varying places around the world he settled down in Marseille two years ago, the city he now operates from as a DJ and label boss.

He’s been DJing for 11 years, moving in the sonic worlds of industrial, minimal synth, cold wave and EBM; influences that also feed into his own solo productions and the curation behind his label Public System Recordings.

Started in 2015 whilst living in Melbourne, the imprint has acted as a platform for artists like Buttechno, DJ Spider & Grey People and R Gamble, the latter of whom Myn recently collaborated with for our latest Ransom Note Pen Pals compilation.

With plenty of new projects and releases in the pipeline this year, we invited Myn to take control of this week’s Wednesday Alternative mix for an hour of cavernous and pounding electronics.

My name is Matthieu. I was born in the 13th district of Paris and have now been Marseille-based for the past two years. I have worked many different jobs in many different countries (I generally prefer to spend time in many different places) most notably I worked for a French aircraft manufacturer. More recently before becoming absolutely consumed with music, I worked at the world famous concept store called Colette in Paris.

I guess I’ve been DJing for 11 years and now run a label called Public System Recordings. I created it back in 2015 with my friend Eric while living in Melbourne. A year after that it was just me running it myself, and he just took to record collecting himself.

The mix was recorded in a place in Marseille called Meta – Zone Libre which is a warehouse run by the Metaphore Collective out here. Definitely the best late night spot in town. 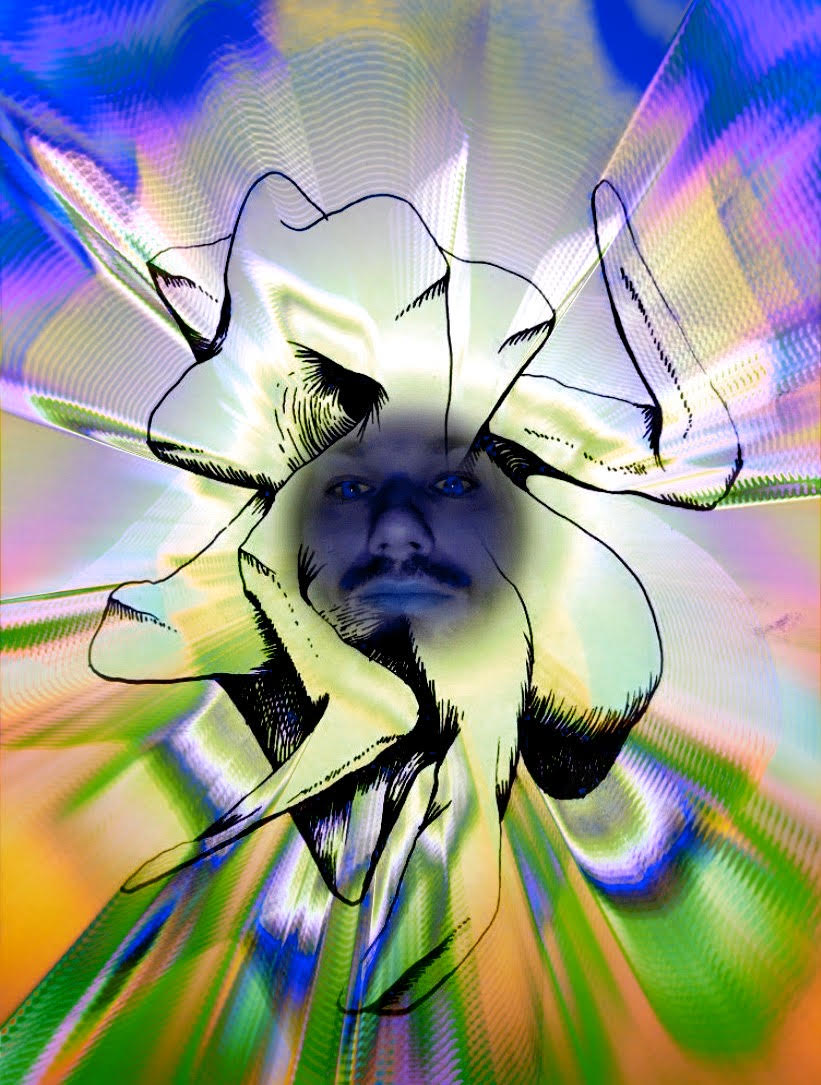 For all of my homies in LA, I recommend listening to this one at Muscle Beach in Venice while hitting some serious pump! If you’re not in LA, like me at the moment, and you’re doing your 10km run in the morning, this will force you to turn up the boost and run extra fast! I love to listen to some pumpy mixes when I run. If perhaps you listen late at night you’re best off in a dark room with smoke machines, low lighting and subtle laser system.

I recommend a nice skimpy outfit if it’s for your early morning running and Venice Beach Muscle time all the same. If it’s day or not wear whatever makes you comfortable, whoever you want to be that day! 🙂

I really like the energy of playing in eastern Europe, especially in Russia so it’s always an amazing recording. So many cool venues there to play music! One of my favorites being Mutabor in Moscow. Which is located in an old factory. Twice had the chance to play there and would be the dream to record a podcast there. Day or at night, Russia is full of crazy dancers. 24/7 energy. They get in front of you so your motivation is 101% ready to rumble. The defunct Kisloty would be also a nice spot in Saint Pete to record a mix with the levels they rise to, unmatched.

For the mixer and decks I have a few preferences. For rotary mixers I like the RANE MP2015, the Formula Sound FF6, DJR400 or Bozak AR-6. If I had to choose for clubs, likely a more classic Xone or Pioneer Mixers, especially DJM 900nxs, or the brand new V10. Then 2 Technics mk2 (or beyond) decks and 2 or 3 Pioneer CDJ.

As far as released tracks, it would be the Borbonese Qualk from their LIES, such a classic! Unreleased on here, I would say the NGLY track I played at 47min. Mind blowing tune! There is also the last track played in the mix, a fresh one we just released on your label Ransom Note on the June 12 together with R Gamble under the name Fade Accompli, too soon to say it’s my current favourite! Hahaha BUT I really look forward to playing this one in a club, to see if it could be my new crush when we will be able to spin some music again in front of all the mutated dancers!

I don’t know, there are too many good mixes, but I used to listen a lot in my car back in the day a 40min CD mix from my buddy Moopie (one of the best Australian DJ) between different genres. Super wild mix. He runs a great label called A Colourful Storm. Few years ago, I used to listen to a lot two old Vereker and JASSS mixes both of them recorded in a club. These two recordings are not on the internet anymore, but I used to like those ones a lot. Not a mix or podcast, but I like to listen also Triple Six Mafia Underground Vol 1 tape when I’m doing stuff like cooking, taking a shower or hustling with my ironing board. I listen a lot the french duo DEUX when I want a calm moment at home and then the opposite like Ghostemane when I want something crazy.

Playing with the defunct James Marcel Stinson would have been a memorable time. He released so much incredible music under different aliases, I have many records from him alone and the duo/band he used to be such as UR, Drexciya.

With Jeff Mills would be nice too, so much good music too and aliases as well. I really like one of his old duo called Final Cut. A full vinyl set with a 909 that would be a wild ride!

Two massive legends from the D!

I have 2 Technics MK2 at home that are 11-12 years old like I said before. I should bring them to a specialist because I always fix all the basic problems on it on my own (ARMS or RCA). I feel they should be revised constantly because they can be tough to play with sometimes if you don’t know them. I started with a Rodec Mixer but my uncle took it back and for the last few years I’ve had a little XONE 22 which is doing a good job because I only have 2 record decks at home, it’s enough and the sound is proper for a 2 channel mixer

Both are very important. In a mix I’m usually looking to create a story. So the beginning and the end are super important, even the middle, but for this mix I would say the end. So the last track 😉

I don’t remember the first I got but my uncle used to have a record store and synth shop in North of France from 1989 to 1992. He still had a lot of records so he gave me a few boxes to check if there was something I could dig when I bought my decks 11-12 years ago. It was oriented: Industrial, New Beat, Techno and EBM mostly. Really grea ! Some of them are with me here in Marseille and one other part are at my parents’ house where I have the second half of my collection. I do remember the first vinyl from someone who gave me has a gift though. It was a friend of mine named Elsa who bought me a classic Chi-house record from Boo Williams. Way different from what I play now but I’m happy to have a wide range of music in my collection. There is amazing music in all genres,  always good to be curious. The latest record I bought is a reissue of Fauli Til Dauli from Daily Fauli which was a super rare record from a Danish label and Minimal Wave reissued, amazing stuff!

I don’t have a record that’s necessarily impossible to mix into anything. I have some strange records: experimental, noise or from Movies, etc, but I think all records in my collection can find a brother or a sister to play with! There is always a little door to open with each record. If it’s a weird BPM changing all the time or a super abstract record that’s really crazy, just drop a good ambient vinyl to push the breaks down and chill out. Then to make a fresh start to one safer direction and a record with a track with a smooth intro. 🙂

Upcoming in the world of Myn…

There is a new record on my label out in July from R Gamble called Sever The Ties EP. I’m working on other releases too for the label. During the Pandemic situation, I’ve had time to play with my machines. I’ve almost finished a new EP and there are three tracks coming out really soon. One of them just today on your Ransom Note label together with Richard under the name Fade Accompli and one other on a solid Polish label with many talented artists on a double vinyl compilation. I also started a duo with one other friend and Public System affiliate Kluentah, early July we’ll drop a tune under the name MYNTAH on a French label from Marseille with a long list of artists too.

I really hope we will live in a better world soon. 2020 is strange with so many bad things hitting us in the face. I just hope for a better world without racism and crazy pandemics eating us alive. Let’s love each other. We are all brothers and sisters. I just became a father 6 months ago and I hope my little girl can live in a world of solidarity and a world of peace.