Moonilena was introduced to us by Andrew at Huntleys & Palmers who rather interestingly told us a story about how he was in fact introduced to Moonilena.

This in itself was a fabulous introduction and automatically caught our attention, alongside how good her latest ep on the sub label Belters was.

The Swedish producer and DJ is one to watch and looks set to release some wonderful music and that much is clear by her impeccable taste which is on display in this short, sweet mix.

Im a audiology student, currently at home in Hökarängen south of Stockholm. Human I guess?? Or a friendly alien in disguise. 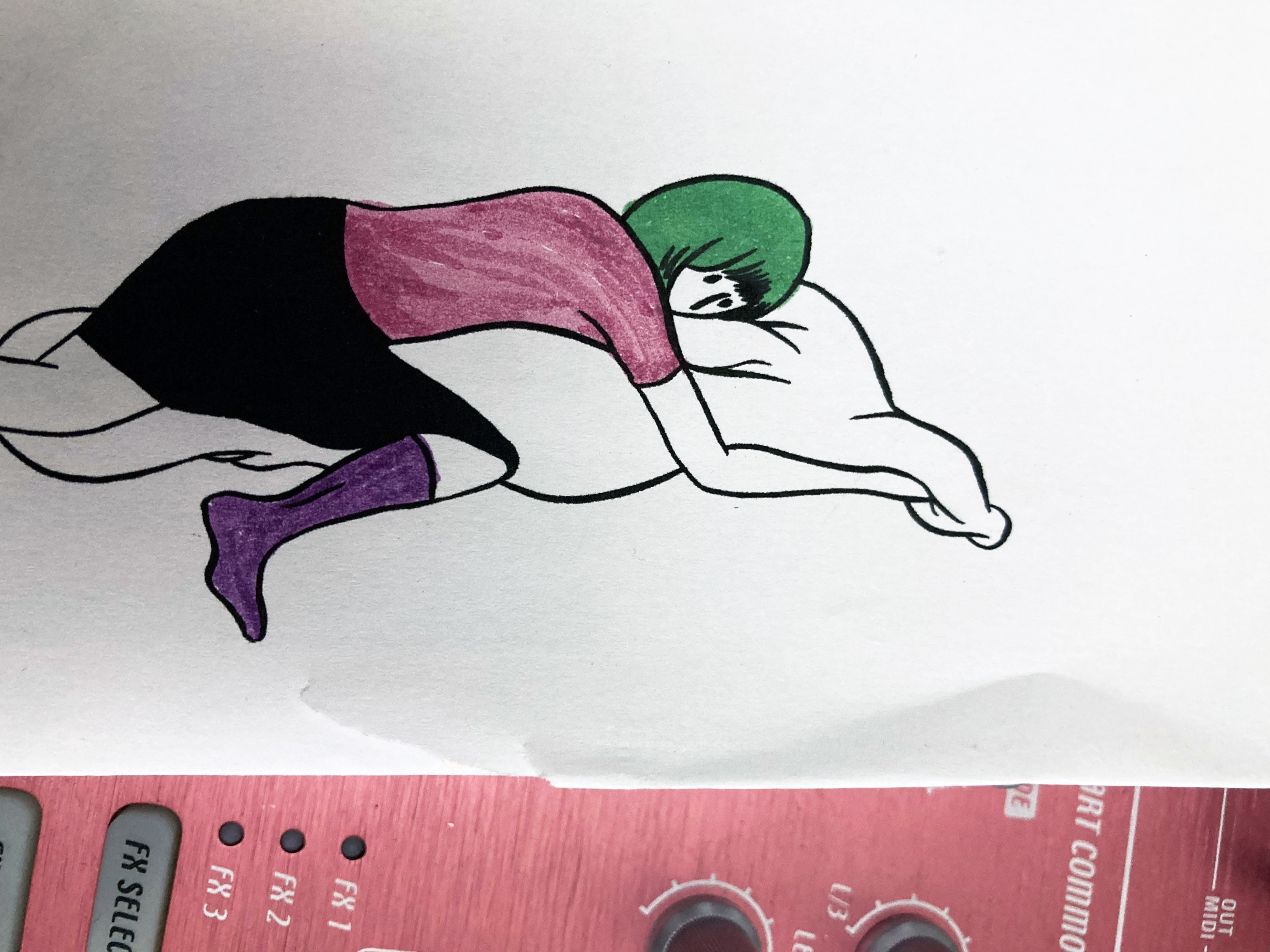 In my living room

Something comfy but pretty

I once played in this amphitheater in Stockholm, it was 30 degrees celsius, hot and sunny. I don’t think anything can top that. I miss playing at clubs, so a decent soundsystem would be nice, plus vinyl and nexus. I especially miss the club Hosoi that recently had to shut down due to the pandemic, where you could play a record from the beginning til the end whilst your friends sat in big couches listening.

‘SUMMER SO SAD I DON’T CARE’ by Mai Nestor. All her mixes are good but this was the first one I heard. A friend played it to me when we had a slow summer day at our old job at a warehouse, packing boxes.

Myself 10 years ago! I hope I’m better now but my younger me would probably have more fun so it would be a good match.

Some ancient Numark players that I bought in a package, it chewed up all my CD’s. Now some Technics clone for vinyl and Pioneer.

The ones in between, but I always save the best ones til the end and regret it.

My first CD was Aaliyah ‎– One In A Million, I must have been around 8?? My last one was Four Legs ‎– SO-001. I think it’s inspired by their dogs.

Gino, it’s a dessert originating in Stockholm that consists of fruit and berries, white chocolate and ice cream.

Sonja Tofik - Anomi, it’s really in it’s own amazing universe and nothing else fits in it.

Upcoming in the world of Moonilena?

I don’t think so.

The Slic Unit member and THF Radio resident eases us into a new week with a soulful mix of sun-soaked sounds.

"Distortion with a soul" from one of the minds behind Garage Noord.

Korzi: The 'Shine A Light On' Mix

One of Electro's most prominent producers.

'Na Zala Zala' is a statement that speaks to the past, present and future of the Democratic Republic of Congo.