Today's Ransom Note Mix comes courtesy of Australian producer and unlikely Balearic prince Len Leise. Since having been discovered by Mark Barrott, he's won many fans over the past few years with releases on International Feel and his own General Purpose imprint, etching out his own dubwise, synth-heavy take on the Balearic sound.

When Leise sent us this "Dubbish" mix it was immediately clear that a lot of love and effort had been baked into its DNA. Needless to say, we're very happy to be hosting it today. A mix of deep digging dub sounds leaning on punk electronic elements, it certainly stands out among the crowd. Listen and download below, and then read on for our Q&A with Leise:

Can you show us what your music sounds like?

An artistic collaboration between Dylan Martorell and Clare Rae: 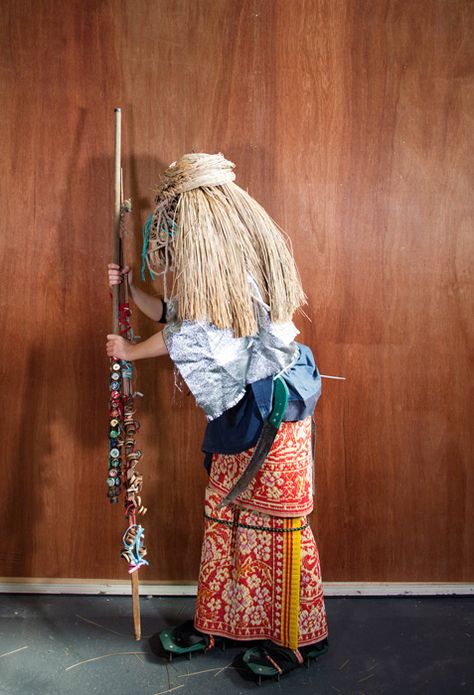 How has Australia and the local environment helped to influence your sound?

When writing a song I usually have a visual in mind before any audible reference points. A lot of the time the visual is a reflection of my near surroundings. Forests, suburbs, industrial estates etc.

Do you consider moving to Europe?

All the time. But only for a time. Every time I come home from travelling I remember how lucky we are here on our far away island.

In my ‘studio’. In my rented apartment. I’m on the first floor and there is lots of natural light and trees, you can see the city too. This mix is a re-creation of a DJ set I played at Inner Varnika Festival here in Australia. I played mid-morning on the second day of the festival. It was a beautiful experience. The festival grounds are on this old farm so there is the striking Australian landscape all around you. With lots of great people chilling out, smoking, drinking etc. I was channeling this experience in my studio recording this mix.

Mid-morning at Inner Varnika with the beautifuly barren Australian landscape all around you.

In a beautiful house in the middle of some Australian forest with large windows so it feel like nature is all around you. Fireplace on in the background, two turntables and a rotary mixer would be nice. Some friends chilling out around you, that sort of mellow vibe.

Too hard to pick one but it would be any mix by DJ Sundae or my friend Steele Bonus.

I’d have to say just my friends. The most fun I’ve ever had DJing is with friends in my studio, having fun trying to push each other for better/weirder mixes and just having a laugh. If I had to go back to back with Derrick May I’d be a bundle of nerves and train-wreck the whole set. I’d have a terrible time and so would they.

Start? Otherwise they may never get to the end?

The first would have been some $1 house bin thing to practice DJing. The last was 1​/​66 by Andy Rantzen on Efficient Space.

Half of my mixes are just fade in/outs or drops anyway so I think the problem would be with me not the record.

Ric and I are working on GP003 with a young synth wizard from Melbourne who hasn’t released anything yet. He’s amazing so that’s in the works. I’ve finished another mini album thing that we’ll put out as GP004 or maybe GP003 depending on scheduling. Those edits I did a while back are finally being re-released with 2 bonus edits by me and Ric so that’ll be out by the end of the year (fingers crossed). Otherwise I’m just looking forward to chilling out and writing a new ambient album.

Thanks for the love x