With far too many chin strokers and music elitists around, we need people like Kristy Harper who choose to bring a sense of fun and sparkle to their musical pursuits instead.

An advocate for female empowerment and body positivity, she translates these messages into both her productions and DJ sets. So far her releases have come via Let’s Play House and Monologues Records, followed by her acclaimed ‘My Body, My Future’ track, which samples Samirah Raheem’s viral interview at the LA ‘Slut Walk’.

As a DJ, both behind the decks or on the Netil Radio airwaves where she holds a residency, she’s guided by a pure and unadulterated love of disco, Italo and classic house; sonics that filter into much of her musical output.

That goes for today’s mix too, which revs through a cocktail of synth-driven rhythms and bright acid-laced cuts, and follows Kristy’s fuego remix for our latest R$N Records release from Bawrut and Chico Blanco, which you should listen to stat!

I’m Kristy Harper, I’m a DJ, producer and record collector from London. I’m currently based in Hertfordshire with my two cats, Caesar and Salad, building a live/work space in an old car workshop. I am a lover of anything with groove and love digging through dusty record stores for vinyl gems.

What does your music sound like? Can you draw what you think it sounds like for us (image from the old Internet is acceptable)

Like a body positive, confident, sassy woman (who loves alternative systems like Bitcoin) made love with a 303 with old disco jams playing in the background. 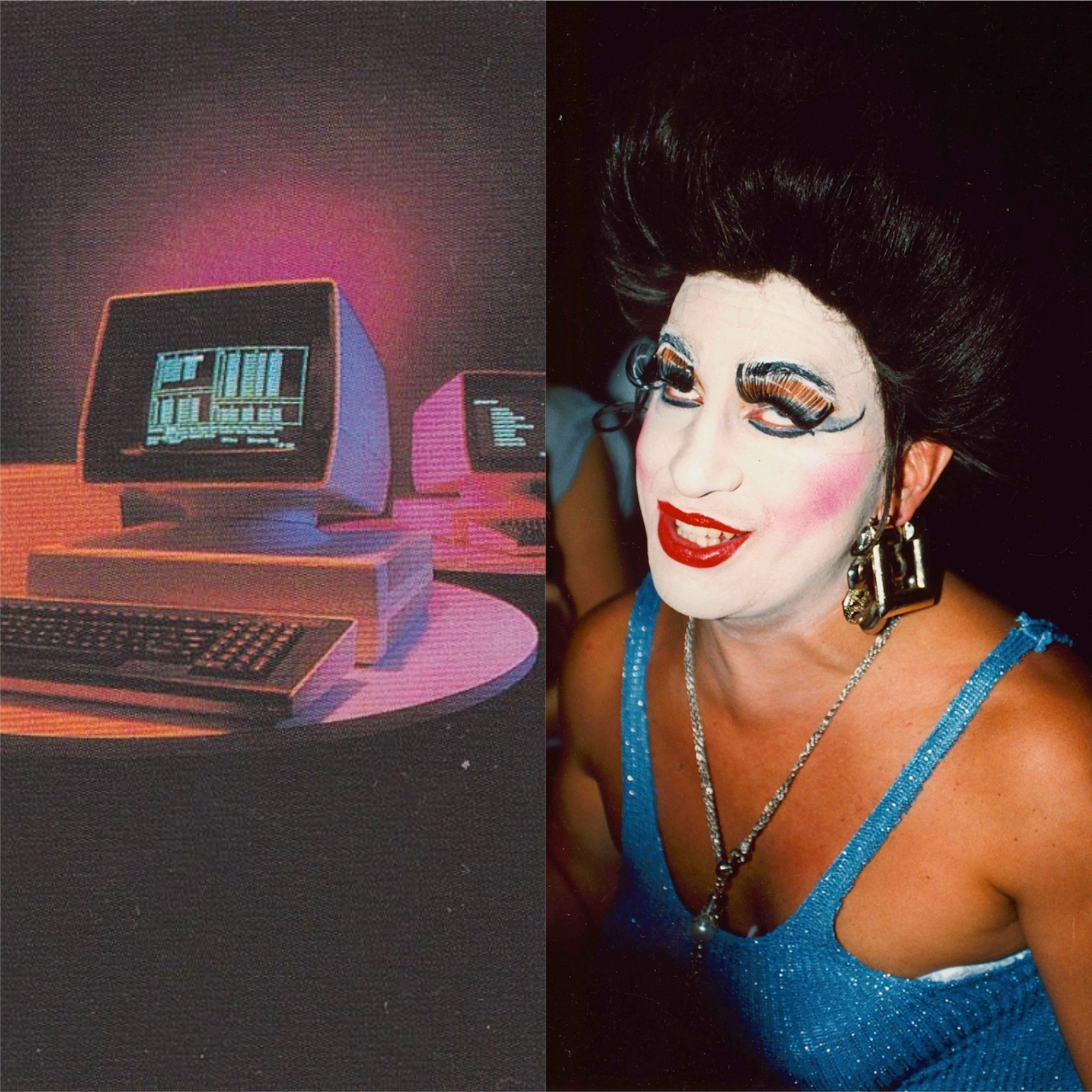 I feel like you want to be drinking some sort of cocktail or G&T. You’re ready to go out yet not quite on a level to head to the club. This will hopefully be the mix that gets you to the point where you’re ready and itching to go out. You know, when you find your feet restlessly tapping and you just need to get to the dance floor? That’s that moment. When somebody new arrives at your house, super late, and there isn’t even time for them to go to the toilet because you’re too excited to leave.

The first thing that came to mind were my mum’s turquoise Reebok hightop Velcro trainers from the 80s. However, I’m not sure if everybody would be into that. So, I would say, something chilled but ready to dance all night; a bumbag (or a fanny pack?), jeans, T-shirt, comfy trainers. Maybe even a pair of loafers with white socks and a pleated skirt, if you’re feeling fabulous.

What would be your dream setting to record a mix, location/system/format?

I am such a sun lover and feel so at home on the beach and in the ocean. I would love to record a mix somewhere in, on, or around the ocean. Ideally something on a floating pontoon where all my friends can float around on doughnut rings with mimosas in hand. My ideal system would be a pair of Klipschorns, a Bozak rotary mixer, my records, and a long sunset session where I can take my floating doughnut friends on a journey from day to night.

My favourite track in the mix is ‘Fountaingate’ by Fantastic man. I love Fantastic Man, he just puts out such great stuff!

What is your favourite recorded mix of all time?

This is such a hard question! I think it has to be Hunee b2b with Antal at Lowlands festival in 2014.

If you could go back to back with any DJ from throughout history who would it be and why?

The first person who comes to mind is Larry Levan. He is the godfather of disco; he was there when it all started and I would love to travel back in time and really experience the energy and euphoria on the dance floor at Paradise Garage.

The first piece of kit I learnt how to DJ on was a friend’s super basic controller. It peaked my obsession and interest and made me realise I really wanted to DJ. After saving up my pennies from working at a local bar, I bought some CDJ 1000 mark II’s. I basically lived on rice and beans for months but it was totally worth it! I found myself a pair of 1210s a couple of years later and I still have them to this day. I don’t actually have a digital setup at home anymore; just my beloved turntables.

Wow, what a tough question! I think it really depends on your place on the lineup. If you’re warming up I think it’s really to do with the song you end on, however, if you are beginning your set at peak time and there are a lot of people on the dance floor dancing with high energy already, the first song is incredibly important. You need to understand the energy of the room, keep people dancing but stay true to yourself. It’s kind of make or break sometimes; you can either clear the floor or keep them engaged.

I inherited a lot of records from my dad when he passed away at the age of 12, so it’s really hard to remember the first record I actually purchased! I think it might have been a Donna Summer record from a charity shop in Watford. The last record I bought was LCD Soundsystem ‘North American Scum’. I got hugely back into LCD Soundsystem last year and I really wanted to play that tune as my final track at Brilliant Corners just before lockdown.

When I was on tour in Australia, I found these miniature, raw peanut butter desserts that just melt in your mouth with crumbly pieces of peanut on the top. I feel like that’s what I want this mix to taste like.

I don’t know why a giraffe comes to mind. I think it’s because they have long legs, are super clumsy like me and when they drink water and flick their head up it looks like they’re dancing.

I have a remix for Andy Ash on Moment Cinetique coming out next month, some exciting collaborations off the back of my track ‘My Body. My Future’ and an IWD feature on BBC Introducing! Other than that, I am hunkering down in the studio next month; I cannot wait to get creating.

Get me onto Bitcoin and I’ll talk for hours.