Originally from Auckland, New Zealand, Jon Sable made his way over to London a few years ago, via a short stay in NYC. Since then he has released a string of increasingly good 12"s, first on Tief Music and then the excellent In Dust We Trust imprint which he runs alongside fellow Kiwi expats Chaos In The CBD.

He's also an ace DJ – as anyone who's caught him live or tuned into the IDWT show on Balamii will be able to attest to – and we're very happy to have him on board for the latest instalment of the Ransom Note Mix series. Listen below:

Please introduce yourself… Who are you, where are you and what are you? What does your music sound like?

My name is John Edward, I write music under the name Jon Sable. Together with my close friends Ben and Louis Helliker-Hales (aka Chaos in the CBD) I run In Dust We Trust Recordings.

The music I create and the music I am most interested in is based on groove. I particularly enjoy music that gives the listener a feeling of elation and levity. It might have something to do with my smoking habit but I usually find myself more drawn to tracks that are more spaced out that develop slowly over time.

Can you draw what you think your music sounds like for us (an image from the old internet is acceptable)?

I’m not going to try to explain this image. I’m pretty sure it’s cursed. 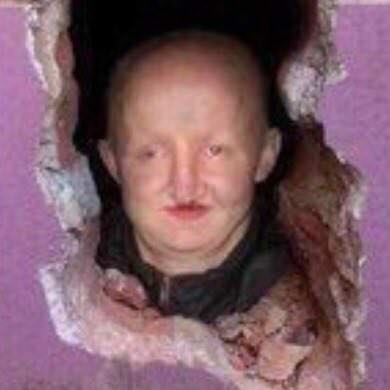 This mix is recorded in my lounge at the flat I share with my partner.

I checked out the mix on my headphones while riding my moped through London at night before I sent it over. That was pretty nice – I would recommend that.

A helmet I guess.

I wish I could have had the opportunity to record a mix at Plastic People before it closed.

The second track I played; Scott Grooves – 'The Next Day'. I grabbed it at Disk Union in Tokyo on a recent trip and I can’t stop listening to it.

Not sure if it’s all time, but I probably account for 80% of the plays on the recording of András at the Daydreams party in Melbourne.

Being involved in the Body & Soul parties and playing with Joe Claussell, Danny Krivit and Francois K in the early days would have been amazing.

The first set up I had was a pair of the most disgusting Denon CDJs and a two channel Numark mixer. It was all I could afford when I was 16. My set up now consists of two Technics 1210s and an Allen & Heath mixer.

The track you end on. Even after DJing around a bit I still get nervous before playing. I usually play it safe with the first track and get wild towards the end. The most memorable last track of a recent gig was Thelma Houston – 'Saturday Night, Sunday Morning'.

The first piece of music I ever bought was the cassette single of Michael Jackson’s 'Bad' when I was around 8 years old. The last record I bought was the 12” of 'Shout' by Blvd East last weekend at Flashback Records.

Naffi Sandwich – 'Naffi Dread'. It’s this awesome dubbed out punk track that I have tried to fit into a few mixes but have never managed to.

Upcoming in the world of Jon Sable?

A lot more music coming out on In Dust We Trust and more music from myself. We will be starting our party series later this year, we’re in the process of finding the perfect venue to make it nice and intimate – hopefully I’ll see you there 🙂