It's pretty easy to hear the inspirations and influences behind Jennifer Touch's music as soon as you hear it. She had an early introduction to 80s pop and new wave through her father's tapes of Duran Duran, Human League and Karat, and later, when she began to make music as a singer, it was the likes of PJ Harvey and Karen O that motivated her productions. The results have led to her putting out releases on Catz 'N Dogz' Pets Recordings and Lunatic records, as well as making regular appearances on Riotvan, the Liepzig-based record label run by Peter Invasion and co-owned by Panthera Krause.

With her latest release Chemistry dropping on the German imprint just a few weeks ago, and another in the pipeline for John Osborn’s DRED Records this Friday, what better time to invite her to give us her spin on our 'Wednesday Alternative' mix.

Taking an abstract approach, Jennifer provides a brooding soundtrack of leftfield electronics and harsh industrial soundscapes to take you over humpday.

I'm Jennifer Touch and I'm a musician and DJ, based in Berlin. 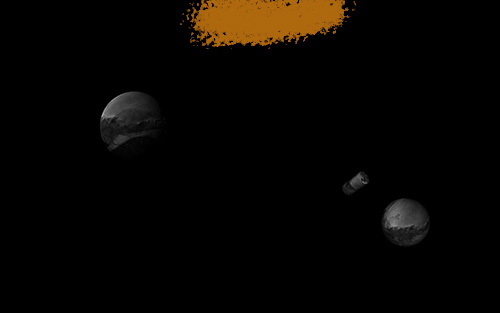 In my studio, at home, on the run.

By the stormy sea, drinking tea with your grandma and reading poems of Allen Ginsberg.

At the moon or on a rocket / don’t mind / digital, vinyl and field recordings.

No idea, I never thought about it. Maybe the 1BTN radio show from Alex Knight (Fat Cat Rec) – a great selection of music!

I would love to play a set with Veronica Vasicka from Minimal Wave, our sound could be a great match and I guess she would bring the best records anyways! Helena Hauff is also a cool woman I would love to share the decks with! Love her music and I think she has a great collection of synthesizers we could talk about.

I came from only playing live into DJing, because I liked to showcase beloved music from other artists. I just bought two old Pioneers CDJ 850 and Korg KM 402 when I started to mix. I was happy to work with only a usb stick, because my live set up includes always lots of stuff. Now I'm about to buy one record player to include music that is only available on vinyl, and sounds better on it too. But I will keep my old set up, because its not working really good, the tracks always run out of time so you have to stay awake mixing, and its always much more easier than with the better set up in the clubs.

For a podcast or an online mix it's the track I start with.

In the club it's the final track.

First: Cause for Alarm / Warzone split

Like toasted dark bread with butter and a gin after midnight.

Half an eagle, half a panther.

I guess yes, but I have to go for a tea with my grandma.