For many years Javi Redondo has remained a consistent presence within the underground electronic music culture of Spain. Both as a disc jockey and producer he has evolved with delicate precision his sound drawing upon a range of deeply rooted elements and fundamentals. His music has been firmly supported by the likes of Dixon, Ben UFO, Laurent Garnier, John Talabot, Erol Alkan, Mano Le Tough, Ivan Smagghe and more… He has maintained residencies at the likes of Sport and Mondo Disko and has since evolved his international presence gracing the likes of Panorama Bar and beyond. As a producer he has appeared most prominently on Correspondant, the record label run by the pioneering force of Jennifer Cardini. He has made several appearances on the label across a number of years and this summer he will grace the stage at Nuits Sonores as part of a specially curated date by Jennifer herself.

In celebration of this we have invited him to humbly contribute to our mix series, listen and read the interview below:

I’m Javi Redondo, a producer and dj from Cordoba, but I’m based in Madrid since 2004. 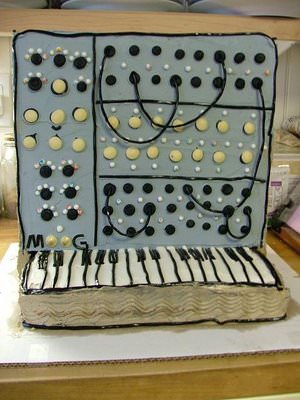 Fun outfit, comfortable sneakers and a good pair of sunglasses to leave the club.

Different setups come to my mind but I’d go for a classic. Sunrise on the beach, proper soundsystem, a good dancing crowd and I’m the happiest man. Turntables, CD players and a nice rotary mixer.

I love all of them, but if I have to go for one I’ll choose the last, solid space – destination moon (red axes edit) I’m a bigger fan of solid space and space museum is one of my favorite albums.

It depends on the moment. I don't have a favorite of all time.

Fran Lenaers, he was the first dj in Spain mixing post punk, new wave, guitars with electronic music with an incredible taste and skills. I’m up for that B2B anytime!

2 technics and a vestax mixer. I still have them.

I pay a lot of attention to both of them but I believe the last one matters the most. Few people will remember your first track but many go home with your last choice in their heads so it better be a top pick.

I’m not 200% sure about it, but the first I think it was a Cassete tape of Modern Talking in a cantina bar in Cordoba where I was with my family when I was 6 or 7 years old. The last: Job Sifre released on Knekelhuis

A dish with personality, lots of flavor, spicy & acid.

I will say A Certain Ratio – Loss, I tried including it in this podcast and I wasn’t very happy whit the upshot, so I’ve played another in the end.

An ep on Correspondant, remix for wolfstream on Mange moi.. and spending a good amount of time in the studio

How about my love for what you guys do???