Last month London-based Frenchman Franz Kirmann returned to his analog hardware roots for his Madrapour LP on our Ransom Note cassette sub-label BYTES. A departure from the digital sound collages of his last album Elysian Park for Denovali Records back in 2016, Franz continues his sonic exploration of the haunting and the cinematic, something he also practises in his electronic/post-classical project Piano Interrupted with composter Tom Hodge.

In his own words "like a Monday this mix is a bit all over the place"; a mishmash of experimental and downtempo musings to kick off your week…

Hi, I’m Franz Kirmann, I’m a musician and producer and right now I’m in my studio in Battersea in London

It’s a bit all over the place really, like a Monday!

Large Skinny latte with an over sweet pastry. Sugar rush and then super tired again

Walking. I walk a lot everyday and this is when I listen to music. So I’d say walking with your headphones on and that latte

Keep warm! It’s freezing out there!

I don’t mind Mondays. I’m 43, I have learnt how to deal with them

Depeche Mode (84 – 94), My Bloody Valentine, Fennesz, Early Cure, Warp. I hope my music moves people, that they can get lost in it 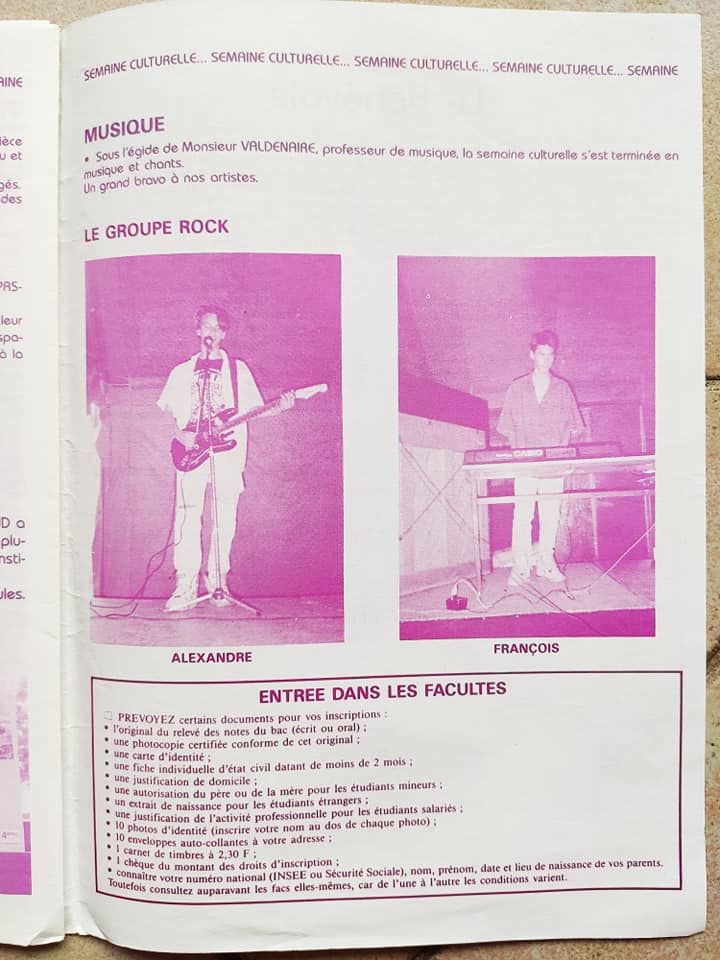 When I was 14 I saw a bunch of 16 years old playing live at my high school end of year party and it made me realise I could perhaps do it too. They were called “The Sharks” and had two Casio keyboards. They were probably really shit but I was impressed. I’d never seen a live band before. The year after I started my own, I can’t say the name, it’s worst than The Sharks, but someone said we were better than them, even though we only had one Casio keyboard. I always loved music as far as I can remember, it always moved me, from the first Beatles cassettes my mum played me. So it was a natural thing for me to start making music. I don’t know how I’m shaping up but I’m defintely better than the high school band of my teens!

Jean Michel Jarre’s Oxygene was the first record I heard that was purely electronic. I must have been 6 or 7. It made me feel very uneasy, it sounded like the end of the world to me, I was fascinated

It’s quite a meditative thing, in the sense that I’m in the moment and I don’t think about anything else which is a beautiful thing. Often I don’t even remember how a piece of music came about. And when I’m not making music… well I just worry a lot

The first I bought was Depeche Mode “Some Great Rewards”, I asked my mum to buy it for me on cassette. The first with my own money was Passion by Gat Decor. The last one is “Two Orb Reel” by Robert Aiki Aubrey Lowe, got it on Discogs. I love that record

I’d go to the 50’s, to a dancing in America. I just love everything about that time, the music, the clothes…

Most of the time

I don’t think I could do anything else, so yes.

I don’t know how to answer that. Probably not.

I’d say my children, can they count as one? They only little. They’ll eat me first.

Table tennis. But I have a routine I do where I let my underwear slip down my legs and then I kick it away to the dirty wash bin. You should try it.

We need to talk about my label Days Of Being Wild releasing its 10 years anniversary comp. Super exciting and we have a great bunch of producers taking part. We’re even making T-shirts, how cool is that?