A couple of weekends back David Barbarossa opened proceedings for the likes of Chic, Earth, Wind & Fire, The Pointer Sisters and several others. It's safe to say that if you've been trusted with such a role then you must have a thing or two going for you behind the booth. The longstanding Glaswegian disc jockey is a bit of a legend in the North, a committed purveyor of the finest funk, soul, disco, house and beyond. If you were to ask a fair proportion of the city as to who was the best on home soil then we'd be prepared to bet that David would come up trumps. From humble, low key roots and late nights in dive bars through to the big stage and acclaim of Moodymann he is what some might call a dj's favourite dj. No pretension, no fuss – just great music.

Hello! I’m David Barbarossa, usually DB, sometimes Davie, often Barby, never Dave. I’m currently sitting under a tree in Queens Park in Glasgow (I’ll probably have moved by the time you’re reading this though) and I’m a lover of music, dancing and nice times. Thanks for having me.

Ah, I can’t claim any of this wonderful music as my own, although there are a few classic ‘Barby Jams’ (TM: Kerr McLachlan) in the mix. It’s a meander through some favourites and is possibly a little less dancefloor focused than some of my other mixes, although I reckon you could still manage some dancing if you get loose enough. One good thing about none of the music being made by me is that I can tell you it sounds amazing!

This is ‘She Hulk battling Wonder Woman for the first time’ by Glaswegian artist Steven Reilly. I don’t know if it sounds anything like this at all but more people should see this painting. 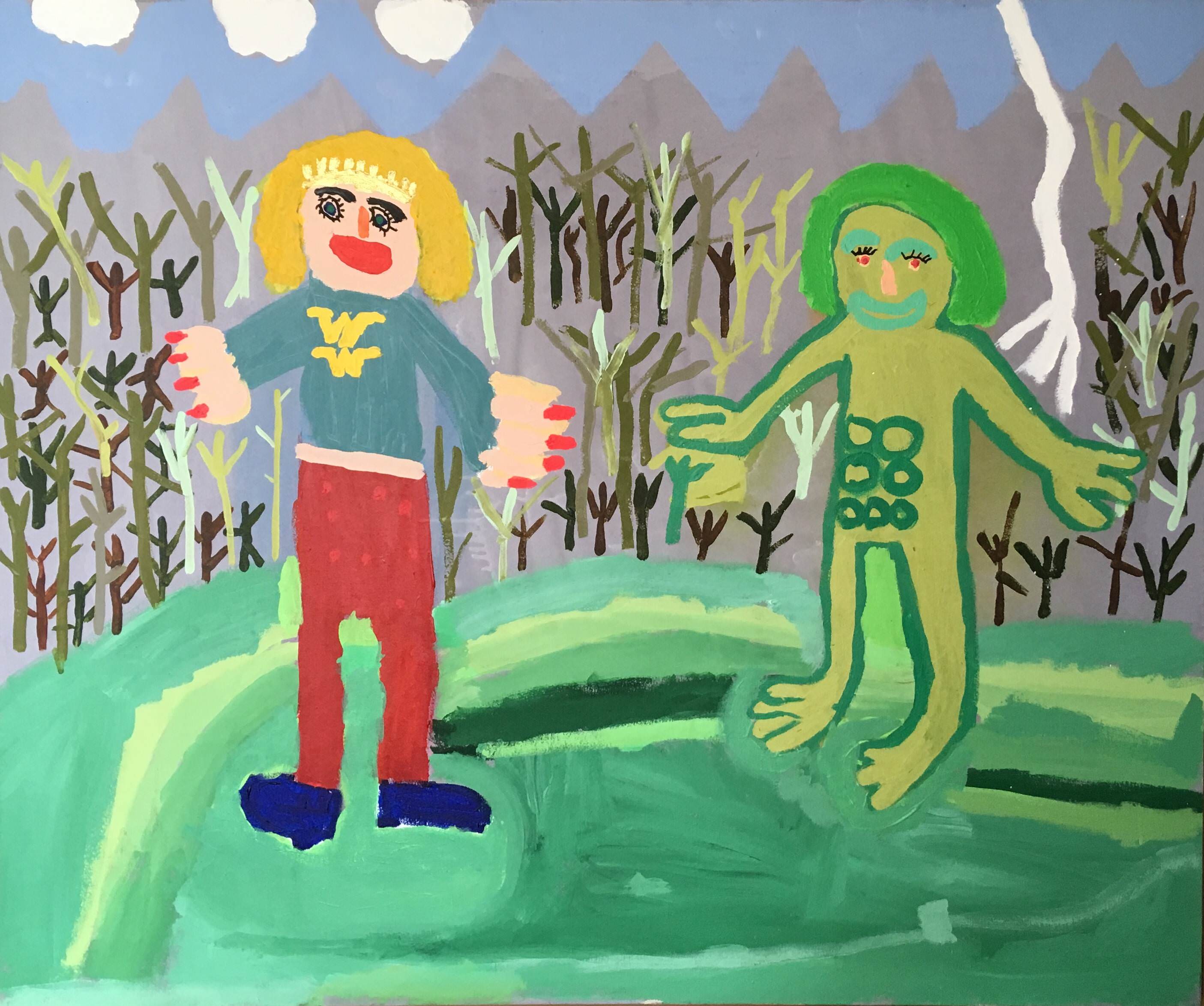 In my living room (with the picture above facing me) with all the windows open in the very early hours a beautiful sunny morning in Glasgow, we seem to have had a few of those recently and it has definitely influenced my selections.

Perhaps in your own living room, with a few good friends, maybe after you’ve had a fun night out but you’re not quite ready to go to bed yet. I’ve put in a few spacers for you to make a cup of tea or a few cocktails.

Whatever you feel comfortable in. I was in my underwear when I recorded it but try not to let that image put you off the music, or your dinner.

What would be your dream setting to record a mix: Location/ system/ format?

Anywhere with a decent system does me just fine. Probably playing a party for pals while enjoying a nice bottle of something. I think most of the music I like sounds better in the sunshine, but in the dark it’s much easier to lose your inhibitions and get loose. I enjoy the set up at La Cheetah as I use 3 turntables so I can play double copies of things, sound effects and whatnot so that would be a good spot. Which track in the mix is your current favourite? Ach, it changes from moment to moment but as I’m writing this it’s probably ‘Kapua Pele Ea’ by Le Streghe.

Aside from mixes by pals (hiya Natalie, James, Kate, Jaye, Maya, Fergus, Charlie et al) and the Geezer Mix and Trushmix series it would definitely be PAM’s ‘Pizza & Mezze’, a much loved gateway into a world that I’m still happily exploring.

It’s not a format that I enjoy to be honest, although it can take you to some fun and unexpected places but I would be up for an afterparty youtube-off with John Peel and Tee Scott. Sylvester’s on the phone to dial-a-booze, Ivor Cutler is asking  Arthur Russell if he’s seen the lid for the poppers, Delia Derbyshire is wondering why Bjork and Grace Jones have been in the toilet for so long, they said it was catsuit related but she’s not so sure and she only needs a pee.

It was two crappy automatic hi-fi turntables and a Realistic mixer, I got the lot for £30 from a back street spot in Kilmarnock (it may have been called ‘Back Street Records’ now that I think about it) and I’m still using the same set up 20-odd years later. Nah, now I use two Technics 1210s, a Urei 1620 and some speakers that local wizards ‘We Enjoy Sound’ built. It sounds a wee bit better now than it did then but ultimately anything that I can hear music I love on is totally fine. As I noticed someone say the other day (sorry, I can’t recall where exactly) ‘a music lover uses audio equipment to listen to music, an audiophile uses music to listen to his audio equipment’ and I have no doubt which camp I’m in.

They’re all important. Fun is a serious business.

The first was the ‘Renegades Of Funk’ 7” by Afrika Bambaataa & Soulsonic Force from the ex-chart 10p singles bin in Woolworths. I had no idea what it was, I just liked the cartoon cover. The last were ‘Trouble’ by A-Team on Séance Centre which would have been on the mix but it hasn’t arrived from Canada yet (sorry Brandon!), the new Fettburger & Stiletti Ana album on Freakout Cult, the Omer Coleman Jr. record on Left Ear and a pile of old soul, funk, reggae and disco 7”s from a local haunt all purchased on the same day, which – even for me – is rather a bumper crop. I imagine by the time you’re reading this the answer will be totally different.

Francesinha, full of all sorts of delights and maybe a bit much for one sitting.

Either Garfield or the dog from the ‘when u have a nice hat and someone mentions it and you feel nice’ meme.

As you’ll notice from a quick listen I’m not overly worried about mixing (in the words of Jonnie Wilkes one of the first times I played Optimo with him ‘if it doesn’t mix, just fuck it in anyway’), but damn me if Alain Maneval’s ‎’ Souviens-Toi Du Futur’ isn’t a mad one, a 90BPM acid house/nu-beat/raisploitation number that doesn’t really sound like anything else so doesn’t really go with anything else. It still gets played though.

Upcoming in the world of David Barbarossa?

Loosen Up (my monthly get together with Fergus Clark and Charlie McCann) is on Saturday and then I’m away on my holidays, and then when I come back I’m playing a few parties with pals before finishing July in La Cheetah on Sunday 29th. After that it’s more parties, more dumb records, maybe a return to the radio waves. Who knows?

I’ve waffled on quite enough, this interview needs a re-edit. Apologies for some of the crackly records.