Bugs Groove: The ‘Shine A Light On’ Mix
Minute Read

Bugs Groove: The ‘Shine A Light On’ Mix Bugs Groove is a committed explorer of all shades of deep and dark electronics.

First cutting his teeth as a DJ in his native Manchester, he then moved to Leeds for a few years to continue his musical activities, before recently making the move back home.

He’s already firmly rooted himself in the city. Before his time in Leeds, you could find him playing regular stints in the SOUP bar and occasionally working behind the counter at Eastern Bloc, the tastefully curated record shop and music space in the Northern Quarter. 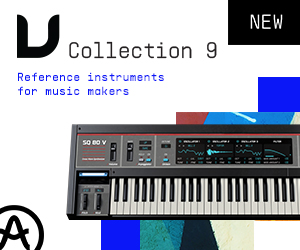 He’s continued to put the graft in, and in the process has founded several of his own platforms as a way to celebrate the music and artists that inspire him. A few years back he launched Techno.logy, an underground mix series and community space that champions techno in its many forms, and more recently he’s jumped into the world of promoting with his new club night Ost, bringing over the likes of Nick Höppner and Tama Sumo to play alongside himself.

There’s plenty on the agenda gig-wise this year, both on home turf and overseas, so to kick off his summer schedule we asked him to take control of today’s ‘Shine A Light On’ Mix. It’s a real journey through the sounds that make up Bugs Groove’s sound world. Starting at 96bpm and working his way all the way up to 175, he navigates everything from dub techno, minimal, electro and ghetto through to DnB, jungle, grime and much more.

Carve out a six hour period for this one and get stuck in, you won’t regret it…

Ransom Note · Bugs Groove: The ‘Shine A Light On’ Mix

Please introduce yourself – who you are, what are you and where are you? In my apartment in Manchester’s Northern Quarter.

What would be the ideal setting to listen to this mix?

A long walk at sunset in the countryside. I like the contrast of contemporary, cutting-edge electronic music and nature. An all night flight, long train ride or drive would also be perfect for it.

Whatever you’re most comfortable in. For me that’s probably a music related t-shirt and a pair of roomy shorts.

What would be your dream setting to record a mix: Location / system / format?

I think my answer to this question depends on what kind of set I’m doing. For a house set it would have to be Panorama Bar or in the Freerotation Dome. My favourite time of day to play techno is sunrise; Labyrinth Festival in the Japanese mountains, The White Hotel or Berghain would be the ideal locations for that. In terms of sound systems Fabric’s Room 1 Martin Audio Rig and Bodysonic dancefloor is hard to beat. It’s the only club I know of to have bass transducers in the floorboards.

It would be hard to do a mix like this and not love the opener which in this case is Howes – Untitled B. It’s a track that really sits in the space between genres, released on Manchester underground legend Andrew Lyster’s Youth imprint.

What is your favourite recorded mix of all time?

If you were to go back to back with any DJ throughout history, who would it be and why?

The first name that springs to mind is Joy Orbison. He’s a master at finding interesting, forward-thinking dance music which has popular appeal, I have a lot of admiration for him. For a techno set, going toe-to-toe with Hard Wax’s DJ Pete would be epic. For a house set it would have to be Nick Höppner or Tama Sumo, very hard to pick between them.

The first record I ever bought was ‘Planet Patrol – Play At Your Own Risk’ which I found on Fresh FM in Grand Theft Auto: Vice City Stories. The last record I bought was at Tribe Records, Lucy and Marcel Dettmann’s Untitled EP on Bleep recommended to me by Simon Scott. Really good, deep techno.

I like Italian food. Maye a five-course meal at a restaurant in Tuscany?

Would have to be an Owl! Some of you will get this reference 🙂

One record in your collection which is impossible to mix?

YPY – Bugs Groove on EM Records is a tough one!

Upcoming in the world of Bugs Groove…