Bobby Analog: The ‘Shine A Light On’ Mix
Minute Read

Bobby Analog: The ‘Shine A Light On’ Mix There has been a wave of musicians and producers to emerge from across the sea in recent times. Bobby Analog is a Northern Irish label boss and producer who has risen to prominence as of late following the launch of his own Body Fusion imprint. It is here that he has released three of his own EP's drawing upon a deep heritage based in hip hop, funk, soul and disco. It was his love for the above which inspired him to purchase a set of turntables and ever since his own musical lineage has evolved with great promise.

In the present he is best known for his take on house music, which draws influence from the rough and rugged era of hip hop and street jams in the 80's and 90's. Sample orientated and jackin' by nature his music is purpose built for the dancefloor with a might kick to boot.

Bobby Analog, in bed, a grown up child. 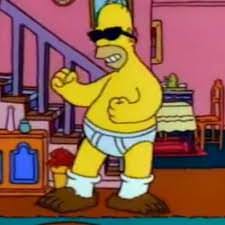 Top floor of my house where I spend most of my time.

Listen to the mix anywhere you want but actually listen to it don't just scan through it. In fact who am I kidding it's clearly a gym mix #pumpitup

Headphones so you don't ruin everyone else's gym experience.

2005 at Electric Picnic festival in the Bodytonic tent. I don't actually remember that well if the sound system was great to be honest but I imagine it was. It was the first place I had experienced a Mr Scruff DJ set which was something else and it felt like a very comfortable place to listen to music so I imagine it was probably a delight to DJ to that tent full of lovely people. The founder of the festival John Reynolds passed away recently so I also feel it's important to site that particular festival as a very big factor in shaping my career and that of many other aspiring Irish artists, I think a lot of us would give a lot to go back and play there during that time period.

Atmosphere – When Tonight is Over (US Thunder Mix)

Dj Roctakon – The Good Life. Aside from the fact that the mix is class it reminds me of a much nicer time.

Omar S, I've always admired the way Omar Dj's and it's still achievable and by stating it in print I'm effectively challenging him.

Kam belt drive turntables and a Stanton mixer was my og setup. I now own a couple of the Pioneer xdj700's two trusty Technics 1200's and the Allen & Heath Xone 23 with the Boss SP-303 on send/return for effects.

I spend more time focusing on what I am going to begin with so I reckon the one you start on. Everyone is wasted by the time you play the last one and will likely forget it regardless how good it is, I know I do most of the time.

They are all easy to mix you just fire the fader from left to right or vice versa and there ya have it.

I have a new Body Fusion record coming out and I just released some edits via my Hot Sauce label and I hate both of them but some other people might like them so yeah there's that.