We’ve long marvelled at Amsterdam’s nightlife scene here across the pond. While UK clubland has been through a period of drastic closures and uncertainty, the Dutch capital has thrived, with spots springing up in and around the city.

On the outskirts, on the Gedempt Hamerkanaal you’ll find Garage Noord; a restaurant-cum-bar-cum-club boasting a diverse and singular music policy, largely down to the ear of Bram Owusu, one of the minds behind the space.

Moonlighting under the moniker BK Owusu, Bram’s tastes lurk in the dark corners of drone-soaked rhythms, lo-fi punk and metallic electro; sounds he terms as “distortion with a soul”. That’s what he brings to the table for this week’s Alternative Mix, an intoxicating mix of sonics to get lost in…

Hi, I’m Bram Owusu from Amsterdam and I still live there. In fact my lockdown meant that I’m more in Amsterdam than ever.

What does your music sound like? Can you draw what you think it sounds like for us (an image from the old internet is acceptable)

The music I played in the mix sounds a bit disturbing. But that’s what I like. Distortion with a soul is what it is to me. To others it will sound just disturbing probably. 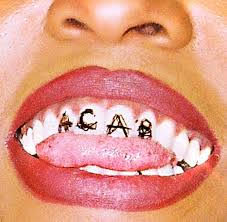 The mix was recorded in Garage Noord. This is the club I work for since opening back in 2017. This is the place that shaped me and I helped shape in the last few years.

Definitely listen to it by yourself. It’s not really meant for social gatherings.

Wear your sunglasses inside the house… Because yeah…  It’s just you.

I don’t really enjoy recording mixes to be honest. Especially because there is no one there most of the time. If I can get some listeners to just sit through the whole thing and have a drink with me in between mixing that would be kind of a dream setting already.

I like that zoo – soft deceit (jasss purple mix) track at the end and I like that wavy punk track before that from this Ukrainian artist Олексій Дьячков. I don’t have a clue what he’s saying. I asked some friends who might understand. Nobody knew… I don’t care too much about the lyrics. I mean he makes punk and trap in Ukraine… Should be fine right?

There are no mixes I listen to forever. This is the last one I listened to more than once.

I respect some DJs but I won’t idolize them too much. More so producers. Justin k Broadrick and Dean Blunt have for instance really passed the test of time for me. But soo many! If I have to choose a DJ it would perhaps be Traxx, but I don’t feel like I’m ready to back to back with him and don’t know if I’ll ever be. Maybe I’ll choose someone I know personally, someone who can understand my emotions and vice versa. Most times b2bs fail in my experience.

I had the worst setup: a crackling behringer mixer and two Numark turntables with a weak belt engine. The mixer is still there. The whole setup still sounds shit and I don’t mind. It actually helped me in the beginning to learn how to DJ. If you can mix on that system.. You can do it everywhere.

Equally of course. Unless there is no one there at one of those points in your performance.

I started with only records and now kinda stopped buying records. I noticed looking into my records I don’t really care for 90% of them no more. There is so much more music out there in the world. I’ll still buy a record occasionally though. The last one was probably volition immanent on Mind records, which they sold during their Garage Noord show. First one probably an Afro compilation of some sort.

Fish. Fish is a difficult food for some. I didn’t want any of it when I was young. Now I do. That’s how it goes for taste, Both in music as in food.

Almost everything that was made before the 80s won’t be too DJ friendly.

What do you mean?