It's a right royal honour for us to be able to bring you a mix from the legendary Andy Bell of Ride and that-Manchester-band fame. He certainly knows his stuff, the mix is filled with some absolute corkers that'll have you up on your feet in no time at all. He's a man who has spent the past few decades surrounded by music so it isn't surprising that he's been able to pull out a few absolute gems in this beauty. So, without any further ado, tune in to Andy Bell while we ask him all about the mix;

Please introduce yourself…
Who are you?

I’m a guitarist / vocalist with the band Ride.

What is the mystery of love?

In the words of Emily Dickinson “That love is all there is, is all we know of love."

Some say happiness is easy, what makes you happy?

Love, Sunshine, Smiling, Kids at play, Writing tunes, Playing gigs, Messing around in my studio, Running around Hampstead Heath early in the morning.

How did the Bon Voyage remix on this mix come about?

Pure nepotism. Arveene of Bon Voyage is my brother in law. He contacted me, he knows the kind of electronic music I like to make, and he said they were after something a little slower than their usual style, so that suited me. My remix is around 112bpm, that’s where I feel comfortable. I don’t seem to make music faster than about 118.

If you owned your own rocket, where would you go?

What is sweeter than cinnamon air? 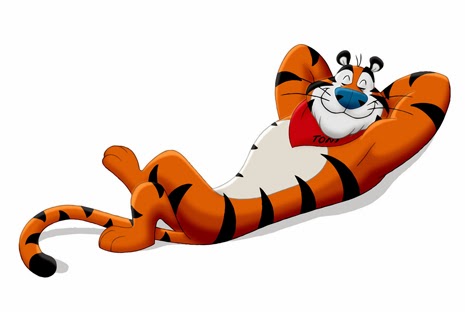 Where the best place to be watching the stars?

If you could have carry/play a pocket-sized version of any instrument, which would you choose and why?

I could really do with a handy Grand Piano like the one Schroeder off Charlie Brown has. But it would have to sound like full size one. Otherwise I’m out.

Where is the logic in drones?

Do you have to ask? Drones create their own internal logic. Or, rather, your very biology does the work on the music’s way into your brain. Body Logic.

What would you do on a warm Dallas evening?

In my front room.

It’s a good “getting ready” mix. Like, it starts around 90bpm and builds to just over 120. I would say, it’s early evening, you’ve been out in the sun drinking a couple of Peroni shandies by the beach, and you’re back at base camp getting ready for your evening. By the time it finishes you’ll be ready for a tequila shot and a good night out. The first time I did this track listing (more or less) I was warm up DJ for Bon Voyage at their London launch at the Ace Hotel. In my humble opinion, it did get the crowd ready for them pretty well.

Something from Shamon Cassette’s wardrobe.

I would like to do an Alfredo type scenario, i.e. a beach bar, 3 or 4 hour set, play all of the Sade album and go from there, haha, well maybe not the Sade bit, but a long, chilled set.

I love the Frankie Knuckles mix of 'Ain’t Nobody'. (Thanks to Raf of 2 Bears BTW for turning me on to Pocket Piano (Breakbeat Mix) by Kink, also a massive highlight)

Me and Arveene of Bon Voyage work very well together as DJs. I think he’s my ultimate back to back companion, we always have a good laugh, which is the point.

For rock and roll sets I like to start with Link Wray’s version of the Batman theme. For the end I often put 'Rock On' by David Essex on both decks, turn the delay up, and kind of drift between both sides. It kind of ends things!

The last time I went on a vinyl binge (it was on tour, sometime in the last month), here’s what I came home with:

(Note – my 7” game needs to be strong because I am a regular DJ on the wheel of plastic at Piebury Corner, Islington, which is a 7” only thing. Although the Queen 7" is just for private use.)

I heard Dot Allison DJ once and she absolutely slayed with 'Ace Of Spades' by Motorhead, the only thing is, what the hell do you play afterwards?

Upcoming in the world of Andy Bell?

Lots of shows with Ride. Festivals through the rest of Summer. Tours of the UK and US coming up, tickets available from here.

Keep up to date with Andy Bell through Twitter.